Peerless is a storied brand that dates back to the 1880’s when it was first barreled and sold by E.W. Worsham & Co. Operations based in Henderson, Kentucky. Like so many other distilleries during the time, the distillery and the Peerless brand became a victim of Prohibition. In 2014, the Peerless brand was reborn as Corky and Carson Taylor refurbished a building in downtown Louisville and obtained the original Kentucky Distilled Spirits Plant Number (DSP-KY-50) from the original Peerless Distillery in the 1800’s. In March of 2015 they barreled their first rye.

Kentucky Peerless Small Batch Barrel Proof Bourbon was first released to market in June, 2019, marking 102 years since bourbon had been sold by the company. Peerless Bourbon is made using a sweet mash process, meaning no backset is used in the fermentation process. This is a less popular method in the industry than the sour mash process, and arguably more difficult to control. The distillate that will eventually become Peerless Bourbon enters the barrel at 107 proof, which is much less than the legal maximum of 125 proof. Once aged at least four years, it is blended in small batches, non-chill filtered, and bottled at barrel proof.

The bottle in review is identified with a serial number of 150617107. While Peerless maintains a database of serial numbers in order to provide additional information on their website, it does not appear to be up-to-date.

Pipe tobacco marries ripe summer fruit and seasoned oak. Aromas of sweet caramel and butterscotch mingle in. A healthy dose of heat is also present, but merely to the extent that it reminds you of the bourbon’s proof. Good overall, but not memorable.

A heavy dose of caramel intermingles with a punch of savory tobacco. Toasted marshmallows, barrel char, and light butterscotch echo in the background. Light rye spice weaves in towards the end. It’s surprisingly modest considering the proof, and has a great mouthfeel resulting in an impressive sip overall.

Rye spice from the palate intensifies, with a nice balance of sweet caramel alongside it. Ripe fruit emerges, and to a small degree, tobacco and butterscotch reappear. Despite the emergence of additional flavors, spice remains the highlight in this satisfying, medium-length finish.

Kentucky Peerless’ storied history and generally enthusiastic fanbase has served the company well since it’s revitalization in 2014. Sweet mash, 107 barrel entry proof, true small batches, non-chill filtration, and barrel proof are all elements that fall on the less popular side of bourbons you’ll typically see on a liquor store shelf. These aspects of this bourbon’s creation are not exceptionally rare, but do help elevate it from the masses. And while the resulting flavor profile is not exceptionally unique, it does deliver a combination of flavors and robust mouthfeel that certainly isn’t “common” either.

While their 2 year rye and 3 year rye were impressive for such a young age, their high price tag was an obvious deterrent for many ($125 for the 2 year rye when we reviewed it). Peerless Bourbon still maintains a premium price tag, but it's at least double the age and at $70 almost half of the 2 year rye’s price and as a result the price is much more palatable. It’s still quite a premium for what’s inside the bottle, but given Peerless’ enthusiastic following, relatively small release numbers, and inferred desire to establish a premium brand, the price is not surprising. The product is entirely their own creation, and it is safe to say few will be disappointed so long as they understand there is a built-in premium here.

Peerless Bourbon shows off the distillery’s prowess with a seriously legit, high-quality bourbon - but leaves room to grow into its premium $70 price tag.

With any bourbon, expectations must be kept in check. With many young distilleries, I don’t expect much from their initial round of bourbon releases. Kentucky Peerless is one of the exceptions, breaking free of the stigma many craft distilleries work so desperately to overcome. It's a relatively young small batch bourbon that can literally go toe to toe with products double its age or created by much more tenured legacy distilleries. But again expectations must be kept in check, as $70 is a premium price for bourbon. There are definitely better products in that price range - older, higher proof, and exceptionally crafted in many cases. Peerless Bourbon will undoubtedly grow into that price and then some, but in the meantime it’s a satisfying bourbon representing a company with a bright future.

Buy Peerless Small Batch Barrel Proof Bourbon at Frootbat
‍The sample used for this review was provided to us at no cost courtesy its respective company. We thank them for allowing us to review it with no strings attached.
360 video 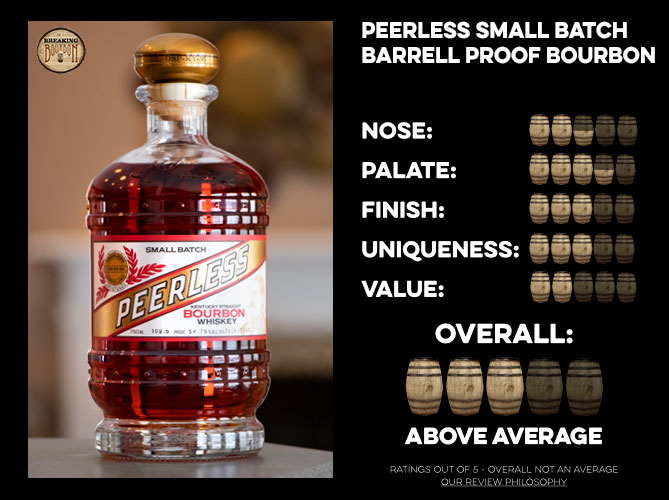 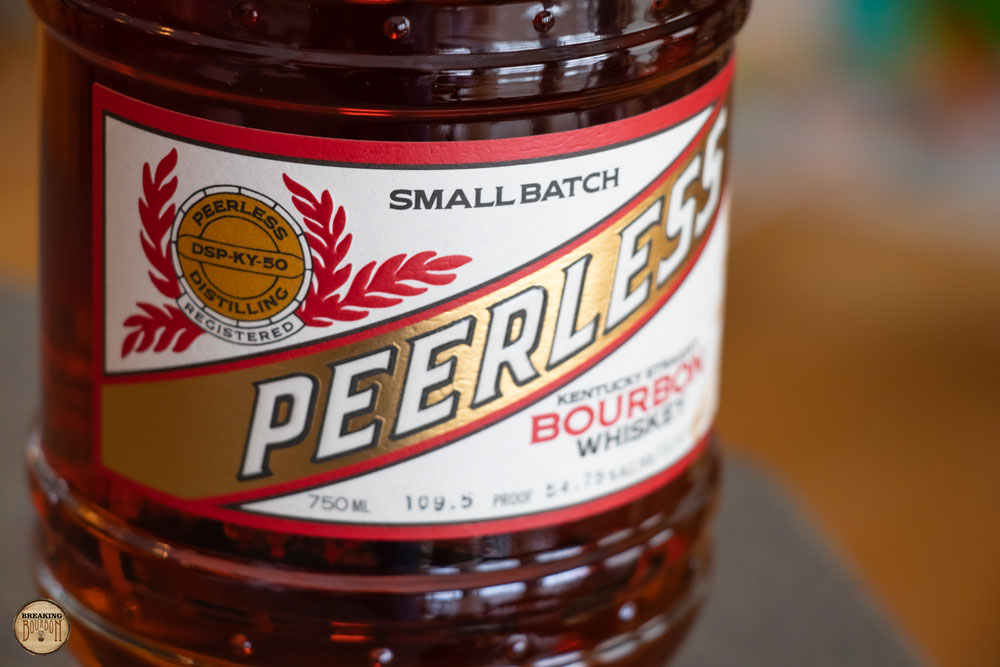 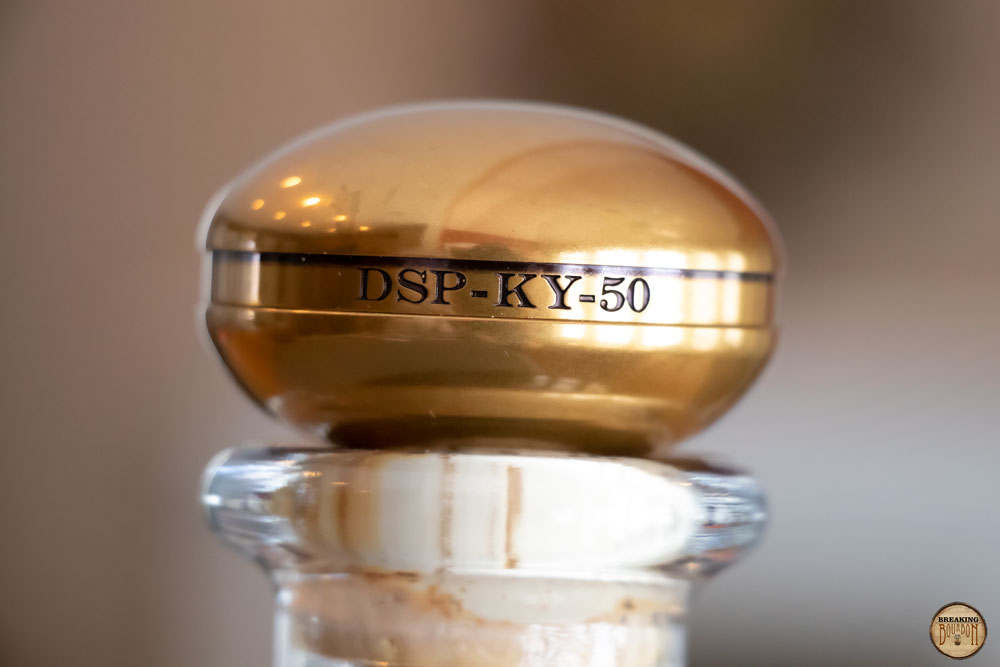 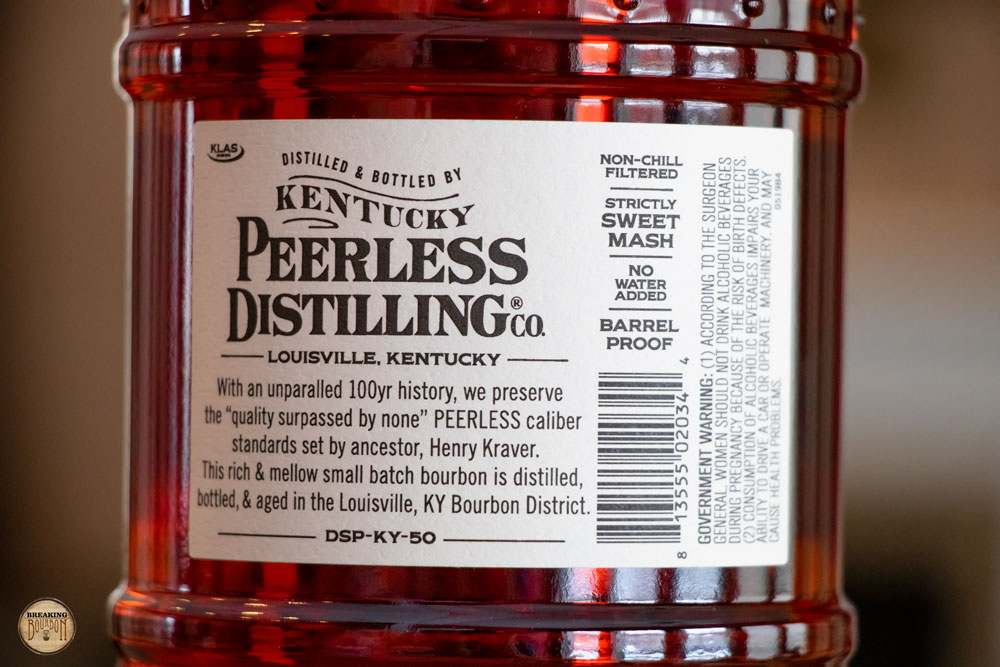 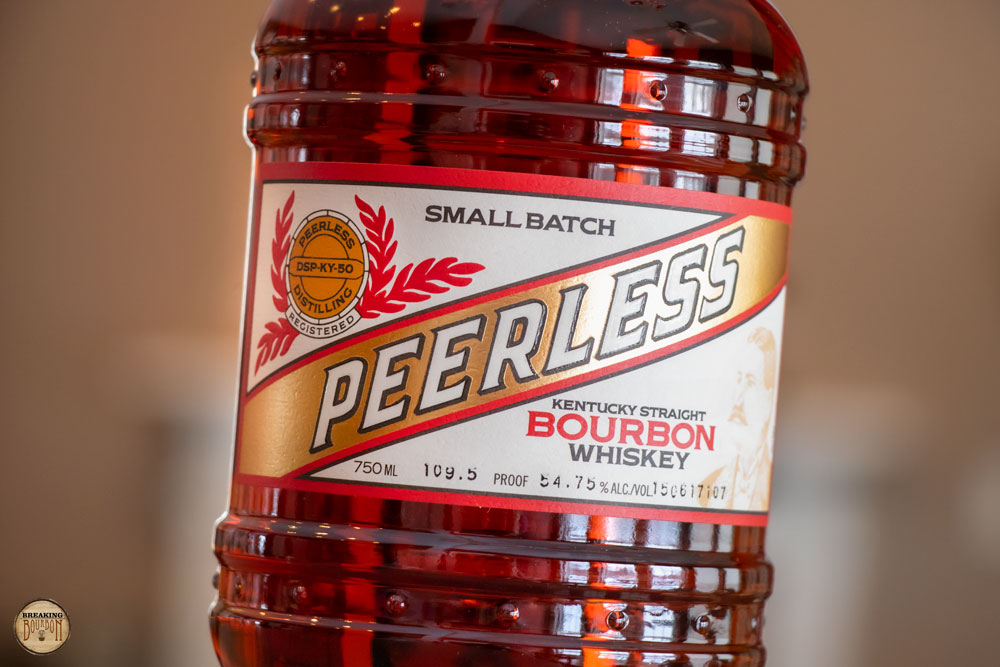 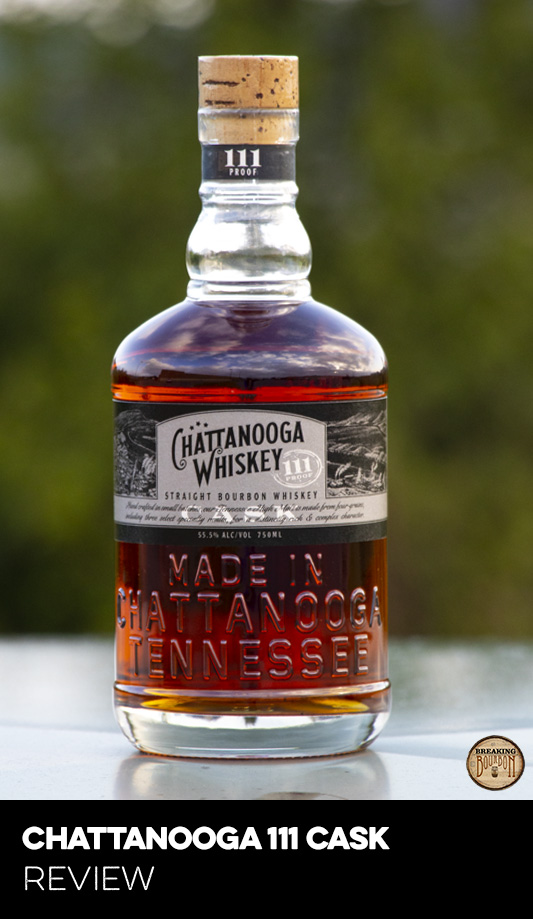