Distillery: Sourced (from an undisclosed distillery in Indiana)

Jos. A. Magnus & Co. is the second coming of the Magnus brand. Originally started by Joseph A. Magnus in 1892, the company focused on producing whiskey until Prohibition took hold. Afterwards, the brand was revitalized when Joseph Magnus’ great grandson discovered a few unopened bottles bearing the family namesake. Re-established in 2015, the company now focuses on blending and finishing techniques initially employed by Joseph Magnus.

Today, Joseph Magnus is stated to be a bourbon that is as close as possible to the original Joseph Magnus Bourbon initially discovered by his great grandson. The bourbon is a straight bourbon whiskey that is triple cask finished in Oloroso sherry, Pedro Ximénez sherry, and cognac casks. The bottle being reviewed is 490/892.

Expressive and enticing, the nose starts off with scents of orange rind drizzled with light honey, along with a rush of ripe plums and other dark fruits. Diving in deeper reveals hints of buttercream frosted cake, light leather, and the slightest hint of ethanol. The triple cask finish is apparent, as the mingling of scents is unique yet distinguished, providing a thought-provoking complexity and a great way to open the sip.

The sip starts with sweeter notes of cherry pie filling, vanilla and brown sugar. Dark fruits pop behind and help bridge the transition to drier notes of oak and leather. The fact that this bourbon touched four different barrels seems to be more prominent here, as the drier notes become more dominating the longer you swirl the sip around in your mouth. While the delivery may not quite live up to what the nose teased, it comes pretty close.

The drier flavors from the palate slide into the finish to round things out. Green peppercorn, oak, leather, and a hint of tobacco leaf immediately pop. These morph into a lingering dry oak with a slight hint of medicinal cherry similar to a HALLS cough drop. It’s a ho-hum way to end the sip after the expressive nose and palate that preceded.

Barrel finished whiskey isn’t a unique concept by any means. Most often companies will use a single type of barrel to finish a whiskey, with used wine casks being the most common finishing barrel type. Sometimes they want to try to distinguish themselves further from the crowd using an unusual finishing cask, such as what Willett did using Curacao Casks for their XCF. Other times they’re looking to continue to age the whiskey, but in a different barrel, such as what Barton did with 1792 Port Finish. Finishing in a second American oak barrel is also quite common, and brands such as Woodford Double Oak also make it a part of their identity.

Moving deeper into the world of barrel finishes, you sometimes see companies use two different barrels to finish their bourbon, such as Woodford Double Double Oak, or reuse a barrel to age multiple different types of whiskeys such as what High West has done with some of their single barrel selections. However, what you don’t see too often is a company using three separate types of barrels to barrel finish a whiskey. This is the characteristic that helps Joseph Magnus distinguish itself.

Triple barrel finishing is more of a novel concept given its rarity, likely because of how difficult to pull off successfully. While Jos. A. Magnus & Co. doesn’t state how long the whiskey sits in each type of cask before moving on to the next, the end result is that this bourbon has touched the wood of four distinct barrels by the time all is said and done. The sherry and cognac casks in this case impart some richer flavors that you don’t tend to see in barrel finished whiskeys only using one finishing barrel. However, utilizing so many barrels also adds depth to the drier flavors present, which are constantly battling to take center stage. No matter how you cut it though, you have to give Jos. A. Magnus & Co. credit for taking the time to finish this in three distinct casks, as not only is that a labor of love, but it also gives greater insight into how far you can push barrel finishing a whiskey without going overboard.

Besides age, there are two other things that can quickly increase the price of a bourbon: if it is sourced, and if a secondary barrel finish is involved. In this case not only is Joseph Magnus sourced, it also has to contend with the fact that three distinct casks are used to finish this bourbon. Knowing this, I’m actually surprised at its price point.

In order to utilize a triple barrel finish, Jos. A. Magnus & Co. has to procure the barrels plus manually transfer the bourbon from cask to cask. Whether the bourbon sits in it for one hour, one day, or longer, the fact remains that someone still has to manually move this whiskey from cask to cask, and that comes at a cost of time and manpower.

Now of course the effort has to be worth the outcome in order to justify the price. Joseph Magnus may not be as memorable as some other barrel finished whiskeys that have come before it that really focus on the secondary barrel imparting a strong flavor, such as Angel’s Envy Rye, for instance. That said, Joseph Magnus’ sip is still nuanced enough to be appreciable, and it is this marriage of flavors from numerous barrel finishes that imparts layers of subtle nuances without taking it too far. It’s a more than fair price to pay for the process it endured to get here, and the end result that backs it up.

What may come across as a mad science experiment in regards to barrel finishing, turns out to be just the right formula in the case of Joseph Magnus bourbon.

Joseph Magnus is always going to be a polarizing bottle to many who walk past it on a store shelf simply because it’s a barrel finished bourbon. Seeing that Joseph Magnus is finished in three unique barrels won’t help its case with these consumers. Additionally, a higher price tag for a NAS sourced bourbon is also a tough pill for many to swallow. However, after having the chance to really dive into this finished bourbon, I say to those individuals, it’s worth your time and money to give it a fair shake.

Even with the finish falling short, the bourbon delivers a diverse and nuanced sip thanks to a solid nose and palate. Surprisingly, even with its utilization of three distinct casks in finishing, no individual barrel influence is too overpowering. Instead, Joseph Magnus delivers a sip that is clearly influenced by the barrels it touched, yet one that can still be appreciated by bourbon drinkers who may not normally reach for a barrel finished bourbon.

Buy Joseph Magnus Bourbon  at Frootbat
‍The sample used for this review was provided to us at no cost courtesy its respective company. We thank them for allowing us to review it with no strings attached.
360 video 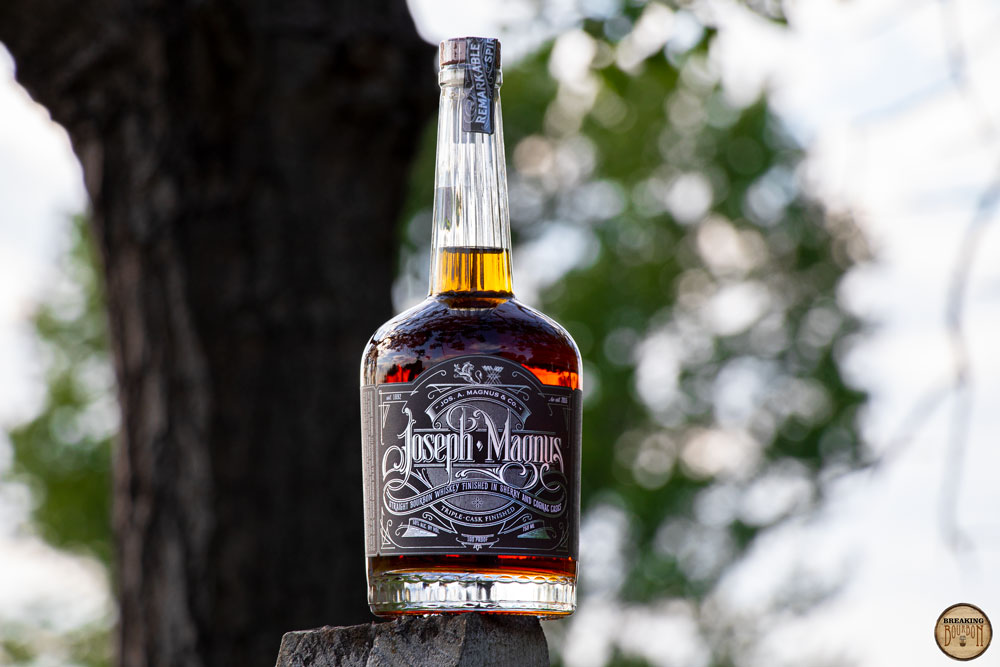 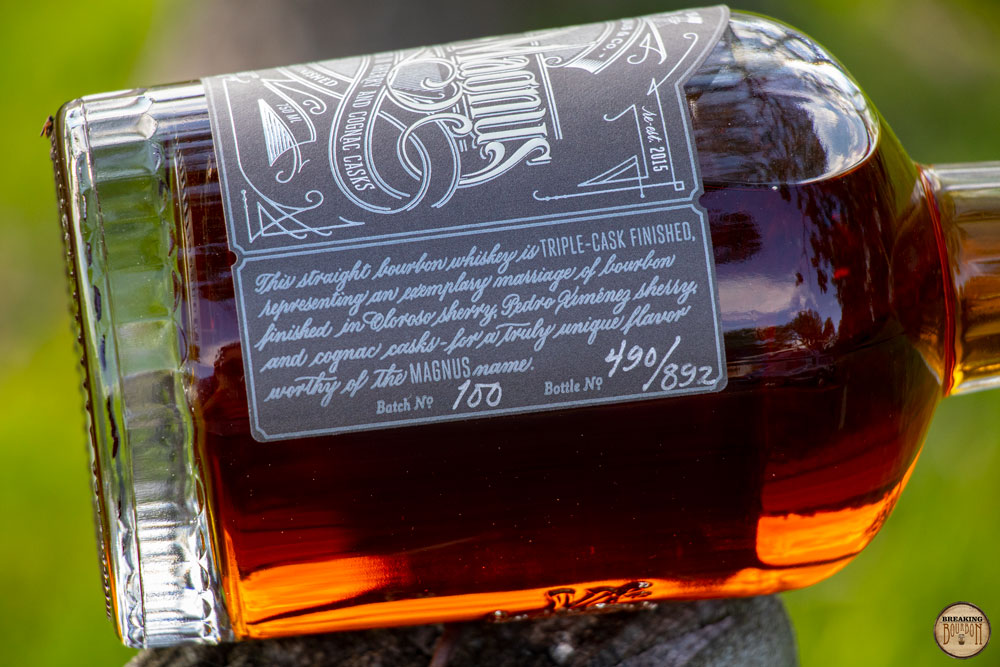 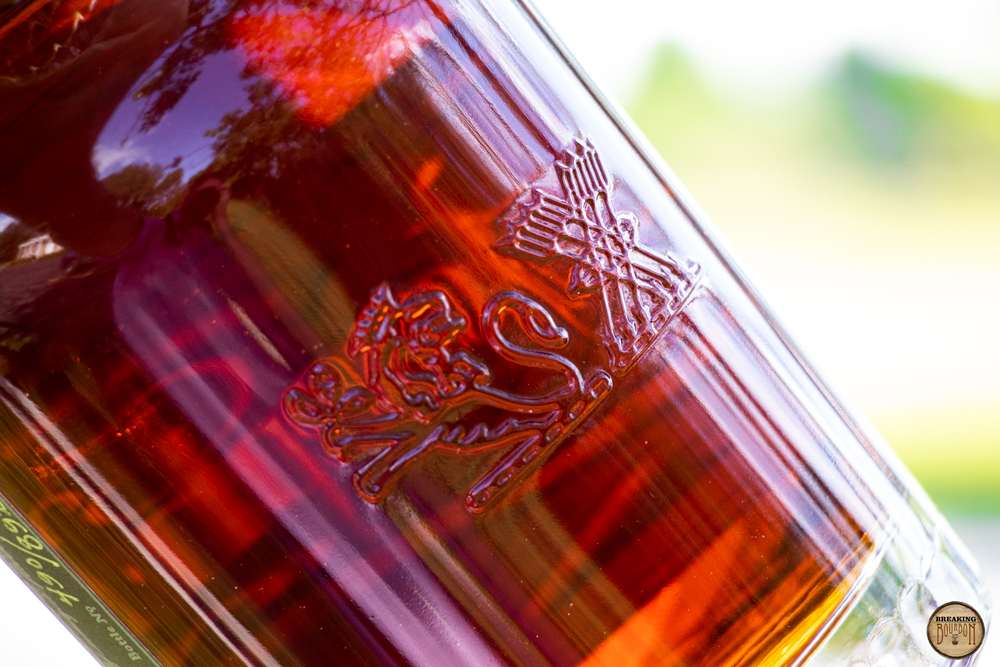 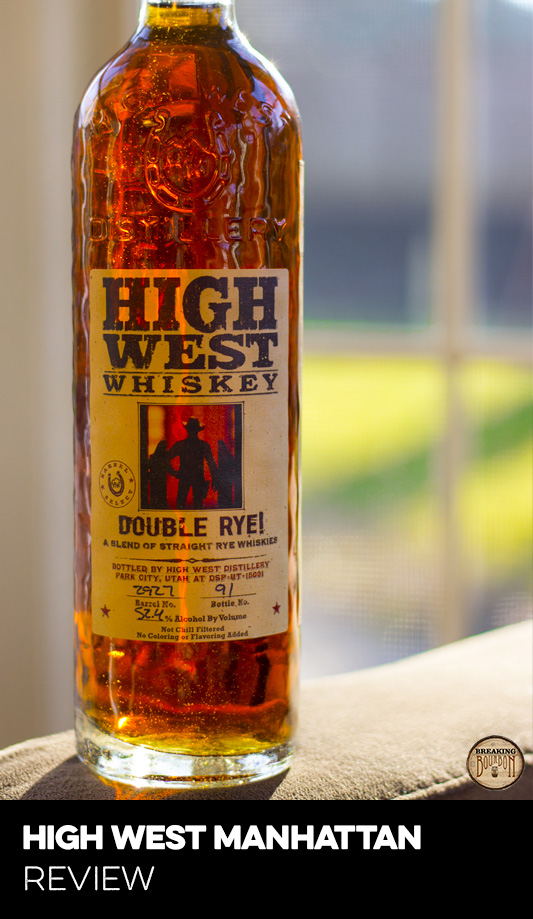