Age: NAS (Aged at least 4 years based on label requirements set by TTB, though it is said to have been aged for roughly 5 years before undergoing its voyage)

Voyage 26 is the first time the company has released an ocean aged rye, with all previous batches being bourbons of different mashbills and bottled at varying proofs. According to the neck tag, “Jefferson’s Ocean Rye is a rye whiskey aged first in #3 char barrels and then double barrel[ed] in a split between char #3 and toasted barrels. Jefferson’s Ocean Rye was then hyper-aged at sea.”

As noted on the label, Jefferson’s Ocean Aged at Sea Rye is a product of Canada and is non-chill filtered.

Soft on the nose, the whiskey opens with a bouquet of rye spice, black pepper, and nutmeg. A swirl of the glass brings an aroma akin to cherry cola, which combines with an undertone of fresh bakery scents. Once the initial spice settles it’s surprisingly dessert-like. It has an overall lightness to it that's acceptable, but keeps it from reaching greater heights.

The whiskey springs to life on the palate, with seasoned oak, rye spice, and a touch of ginger up front. A pretzel bun base forms behind the initial flavors, grounding the oak and spice notes. Toasted marshmallow follows, encapsulated by warm caramel. The combination makes for an easy sipping experience, and one that doesn’t scream rye whiskey, instead drinking closer to bourbon. It’s a pleasing combination of flavors, and it’s delivered with a satisfying level of intensity.

As the whiskey transitions into the finish, it turns slightly tannic as seasoned oak comes back into the fold. Leather and charred oak push their way into the mix, followed by a dash of anise and black pepper. Medium length, it becomes increasingly dry as it fades, but not to a fault. Enjoyable but far from perfect, what it lacks in balance it makes up for in complexity.

Aging whiskey at sea ranks pretty high on the uniqueness scale, but is the concept still unique? Jefferson’s is now on their 26th voyage, and although no one has copied the exact concept, companies such as O.H. Ingram aging whiskey on a floating river barge is very close.

On the other hand, this is the first rye whiskey Jefferson’s has aged at sea. And while some may be over the concept of aging at sea at this point, this whiskey offers a few notable traits that are worth pointing out and potentially make it stand out even more than its at-sea voyage. First, it’s a product of Canada, which means its mashbill could be as much as 100% rye (though it doesn’t taste like it). Second, the double barrel split, which was a second barreling that occurred before the barrels embarked on their ocean voyage, was a split consisting of 75% new char #3 barrels and 25% toasted barrels. This combination is hardly common, and most likely contributes largely to the whiskey’s final flavor profile, which is quite intriguing.

I assume diehard fans of Jefferson’s Ocean Aged at Sea Bourbon appreciate the concept, but also appreciate an approachable whiskey, as previous releases of Ocean Aged at Sea have tended to be. Aged at Sea Rye is certainly approachable, and should satisfy fans of its bourbon counterpart with a flavor profile that deviates from more common modern-day in-your-face rye flavor profile to one that is softer and more approachable, but complex and nuanced at the same time. It’s a nice variation from past voyages.

Jefferson’s Ocean Aged at Sea established a $70 price point with its first mainstream release, Voyage 2, back in 2014. Now almost a decade later, the suggested price is just ten dollars more at $80. The additional cost to transport the barrels to port and then onto a ship for finishing undoubtedly adds to the price equation, but the fact remains that Jefferson’s Ocean Aged at Sea’s price point falls squarely in premium American whiskey territory. $80 is a lot for any bottle, especially one that does not carry an age statement. But considering Ocean Aged at Sea Rye’s double barreling and interesting flavor profile, it’s a whiskey worth its premium asking price.

Combine the fact that Jefferson’s Ocean Aged at Sea Rye is the first rye aged at sea along with the fact that it’s a Canadian whiskey that was double barreled in split char #3 and toasted barrels, and this whiskey is worthy of your attention.

A concept I initially had a lot of excitement for, now 26 voyages deep I had all but lost interest in the aged at sea bourbons. Enter rye. Not just a run-of-the-mill MGP rye, but instead a double barreled Canadian rye, a trait at first hidden behind the much more prominent “aged at sea” concept. The result, however, is a very well done rye that few will find fault with. Its price tag will turn off some, and others will write it off as gimmicky. But all said and done in the expanding sea of rye whiskeys, Ocean Aged at Sea Rye strikes a flavor note other ryes have yet to hit, and does so with an interesting backstory. Kudos to Jefferson’s for kicking off their aged at sea ryes with a satisfying release.

Buy Jefferson’s Ocean Aged at Sea Rye Voyage 26 at Frootbat
‍The sample used for this review was provided to us at no cost courtesy its respective company. We thank them for allowing us to review it with no strings attached.
360 video 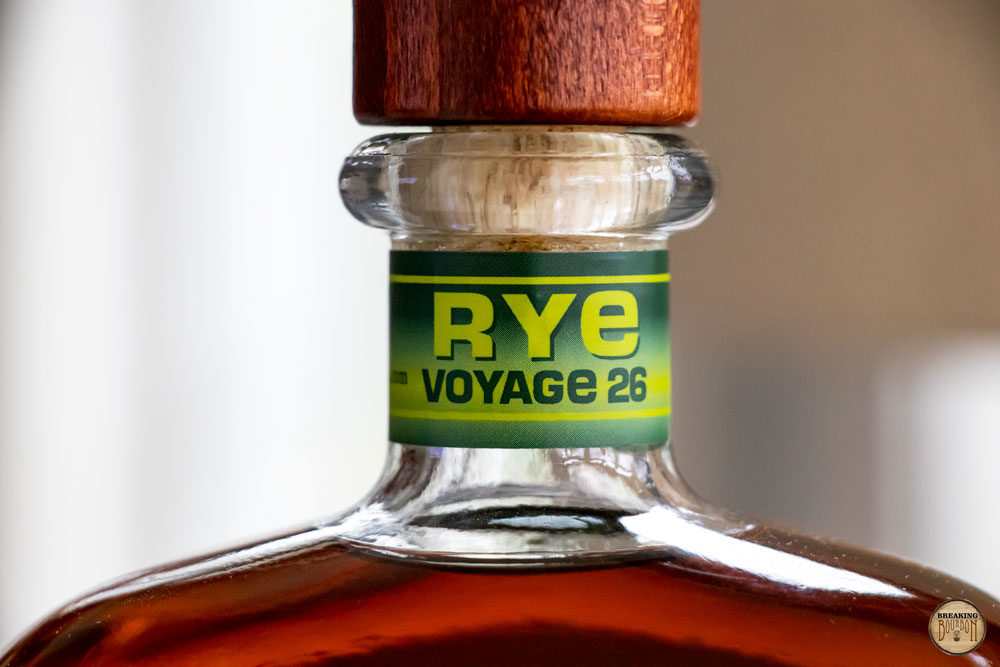 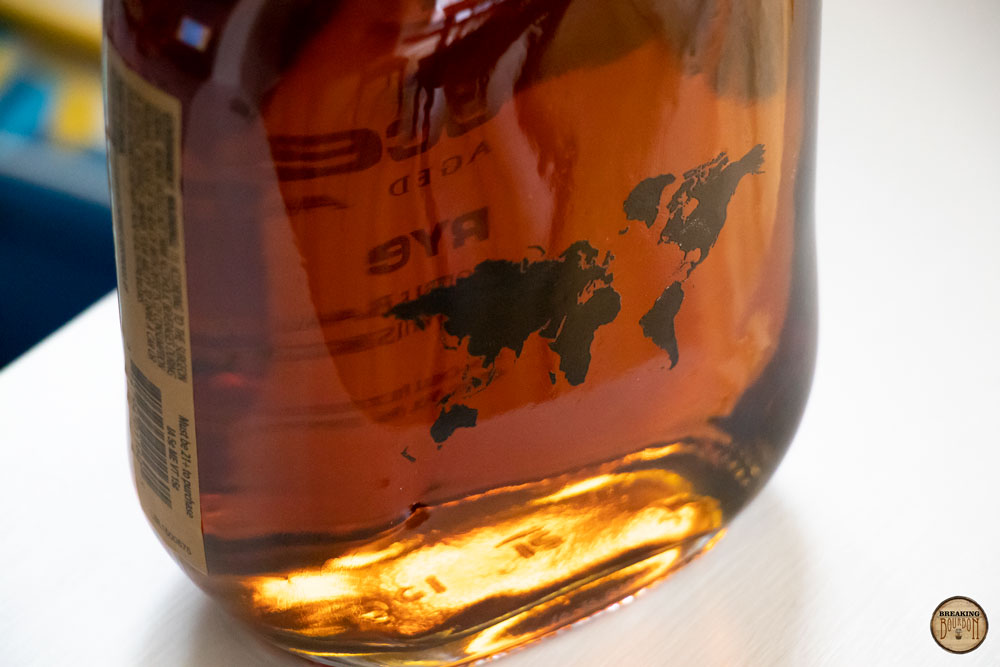 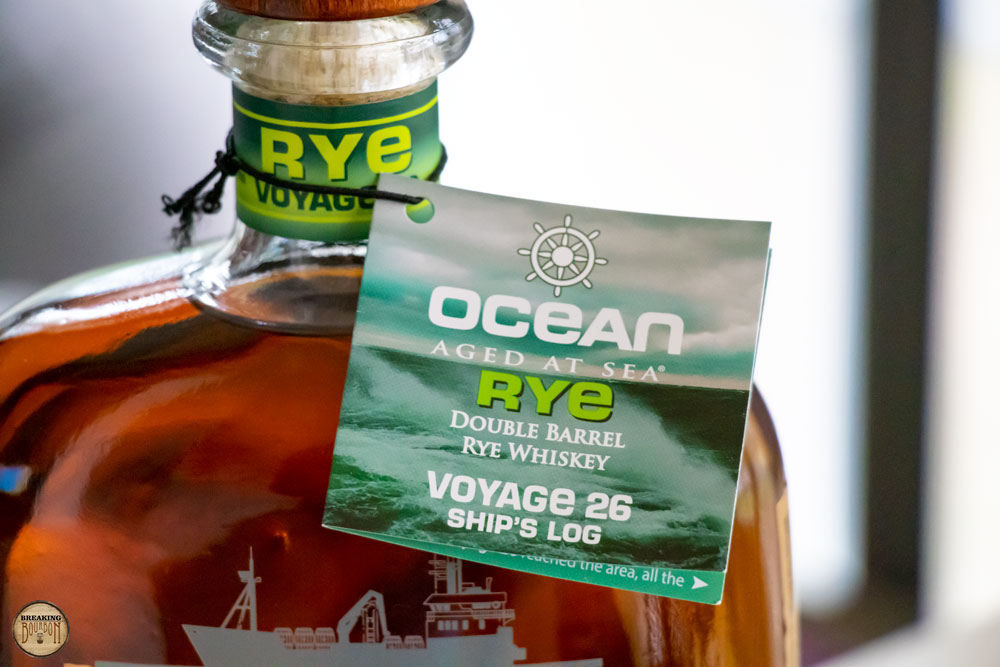 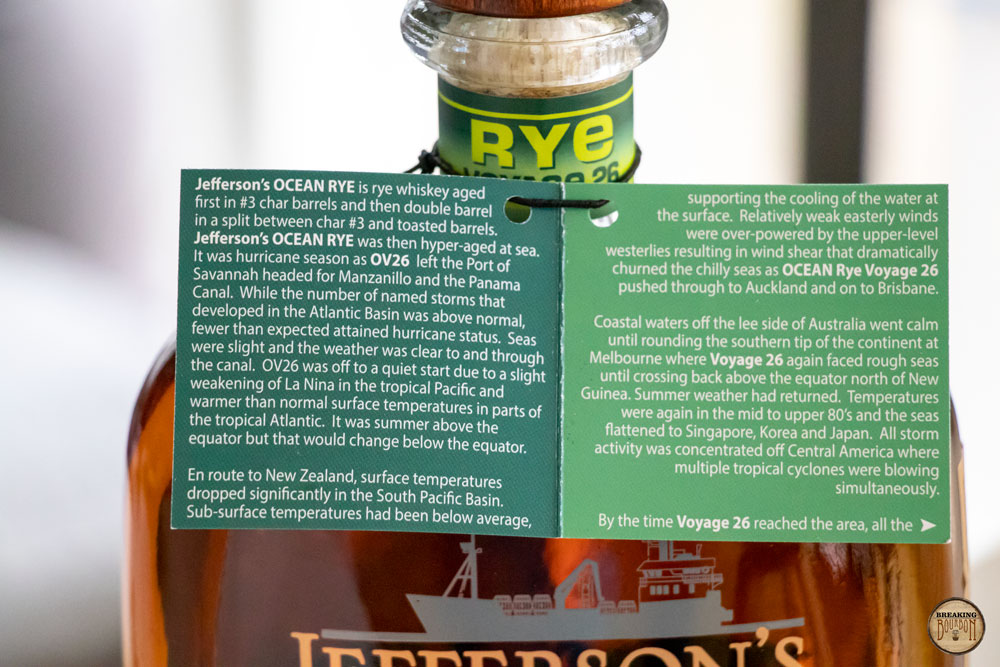