A whiff of graham cracker, cherry, and parsley are followed by classic rye notes of cinnamon, caramel, and oak. An even-keeled intensity is propped up by a strong baking spice base. Largely straightforward, yet what it may lack in depth, it makes up for with gentle warmth and a rock solid core of scents.

Fine notes of toffee, butterscotch, and sweet cinnamon creates a likable first impression. This is further reinforced by a buttery mouthfeel and gentle delivery. Additional flavors of mild oak, minty malt, and sweet dried fruit work well together, creating a flavor profile that is cohesive. The palate doesn’t go out of its way to necessarily challenge you, and instead focuses on pure drinkability.

A ramp up in heat brings with it amplified notes of cinnamon, rye spice, dry leather, and black pepper. The finish hits like you’d expect from a typical rye flavor profile, yet lingers on a sweet and spicy cinnamon aftertaste. It’s this aftertaste that gives the finish much of its character and is its most memorable aspect.

Redwood Empire left their mark in our minds when we tasted through their standard offerings. Despite their sourced origins, Redwood Empire’s Emerald Giant, Pipe Dream, and Lost Monarch all had something special about them, and factoring in their great price point, they’re often go-to recommendations for us. With the release of their own distillate, the question remained if they could offer that same spark of their standard releases in their own in-house distillate.

One of the most eye-catching things about Rocket Top is its mashbill. Its high percentage of rye isn’t offset by corn, but instead malted barley and wheat. This uncommon occurrence of adding wheat along with a decent amount of malted barley is fascinating for any rye lover. But it doesn't completely transform the rye into something that is unrecognizable. Yet there's a softness, combined with a buttery mouthfeel that's contrasted with a ramp up of heat during the finish that helps this rye stand out from the pack in its own special way.

Redwood Empire’s standard releases are notable for their exceptional value. With Rocket Top coming in at double the price, is it justified? Being a bottled in bond product, aged 5 years and the first release of the company’s own distillate, a bump in price is expected. It would have been great if they could have continued their excellent value proposition with their bottled in bond releases and priced Rocket Top $10 or even $20 cheaper, but I feel like simple economics forced their hand here. The cost of making your own distillate is not slight. Yet some props must be given to Redwood Empire for releasing Rocket Top not at 4 years old like the majority of upstart bottled in bond releases often are, but at 5 years old. While $70 does feel a tad high for this release, it's thankfully backed up with a very enjoyable sipping rye that brings just enough to the table with its sip to likely justify its price to many rye diehards.

A satisfying first release of Redwood Empire’s own rye distillate, its buttery mouthfeel and smoothness thanks to its unique mashbill continues the company's trend of release quality whiskey.

Redwood Empire is on an impressive rise with each of their releases. With their standard sourced whiskeys, they manage to leave their mark by offering much more quality than the prices would suggest. As they enter the market with their own in-house distillate and a higher price point, they’ve successfully offered something just unique enough to catch the attention of rye drinkers. It doesn’t come at the same incredible value, yet they’ve managed to be more than just another rye whiskey product on the shelf. Rocket Top doesn’t reinvent the wheel, but the spin Redwood Empire put on a rye mashbill is fun and even a bit risky. With their first rye out of the gate, an unconventional mashbill could have backfired, but instead delivers another easy sipping and crowd pleasing whiskey, which is quickly becoming the company’s M.O.

Buy Redwood Empire Rocket Top Bottled In Bond Rye at Frootbat
‍The sample used for this review was provided to us at no cost courtesy its respective company. We thank them for allowing us to review it with no strings attached.
360 video 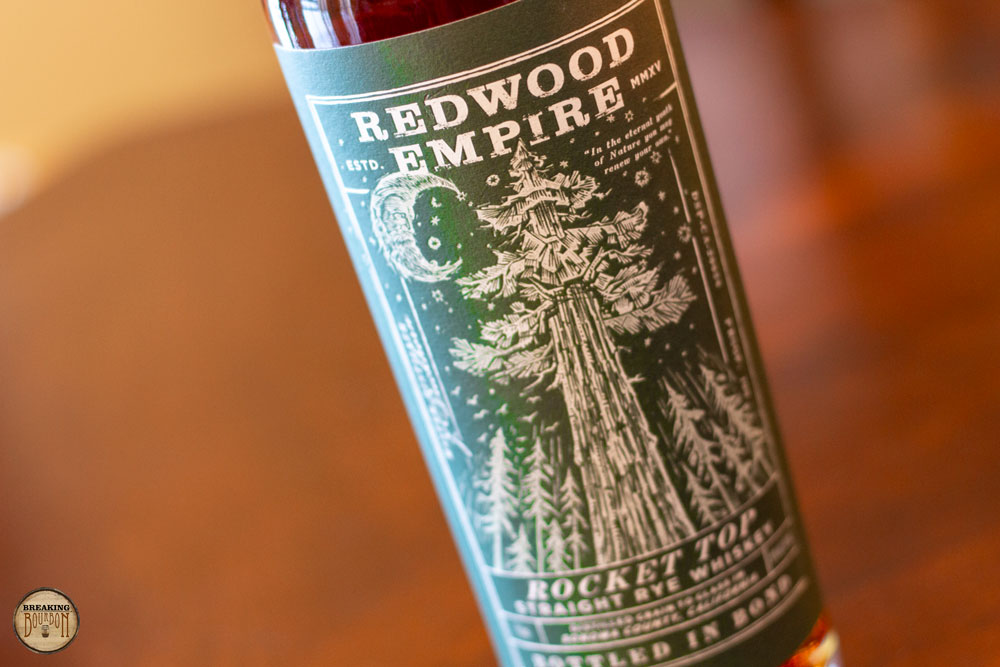 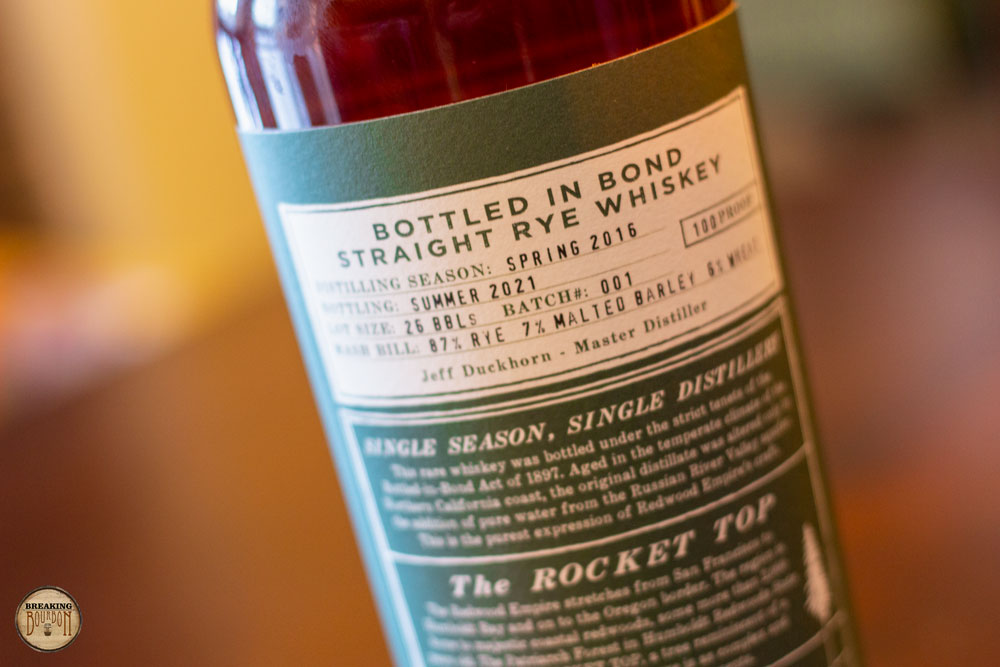 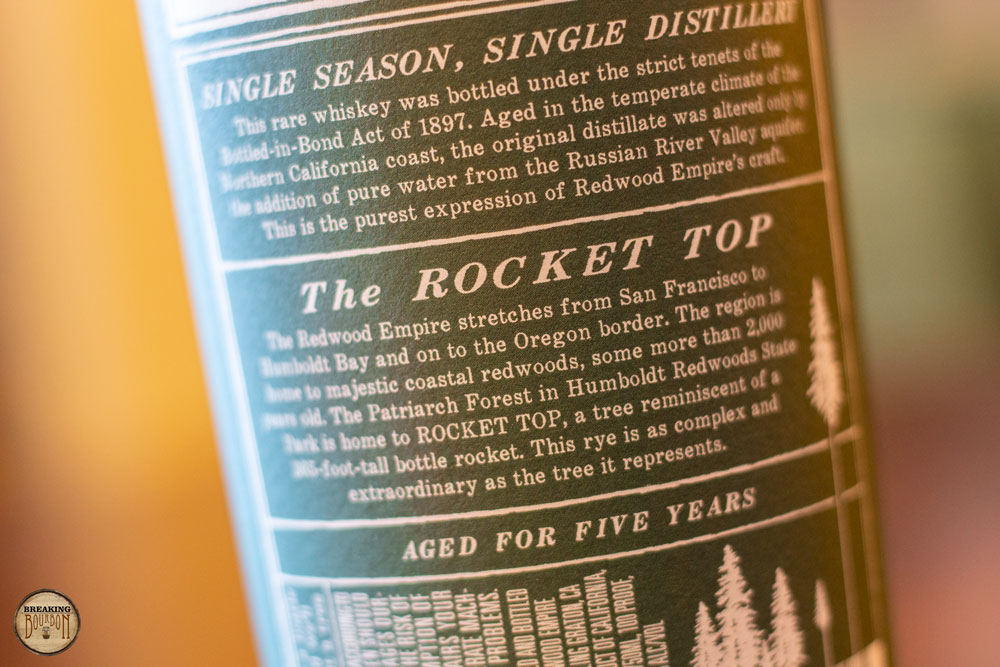