Before his passing, master distiller Dave Pickerell had a dream of creating an aged rye specifically for cocktail use. The end result is PiggyBack Rye, which according to the company, is a nod by Pickerell to the love and respect he had for the bartending community. In fact, the company designed the bottle for ease of handling by bartenders.

While Pickerell’s vision was a nod to the bartending community, WhistlePig in return has made the bottle a nod to Dave himself. The traditional WhistlePig pig wearing a top hat is gone, instead replaced with one wearing a Stetson hat, which was what Dave himself always wore. Additionally, the dates 1956-2018 are on the neck wrapper, which is a nod to Pickerell’s birth and death year.

Fragile scents of spice waft from the glass. These take form as rye spice, cinnamon spice, and baking spice. They mingle with light earthy notes of tobacco leaf, leather, and peppercorn. Very subtle scents of hay, vanilla, and honey swirl beneath. The nose is full of nuanced aromas, however its lighter nature makes you hunt for them. Regardless it’s a nice way to open the sip.

Sweet and spicy, the palate is an interesting concoction of contrasting flavors. Brown sugar, caramel, and vanilla are in a constant push-pull with bold rye spice and white peppercorn. Helping push the spice notes to the forefront are underlying notes of leather and dry oak. While the sip is on the thinner side offering a mouthfeel that seems mismatched to its dynamic flavor profile, the flavors are spot on for what I’d expect from a Canadian rye of this age.

A rush of spice envelopes the mouth thanks to bold rye spice mixing with Red Hot candies, cinnamon, and lightly charred oak. Dry leather and light tobacco notes appear and linger in a slow dance with a heated spice note. It’s a medium-long finish that offers a simple yet nice way to round out the sip.

The concept of promoting the use of a whiskey in a cocktail isn’t anything new or earth shattering. However the premise of promoting it as being created specifically for use in cocktails certainly is. It’s a strategy that is so simplistic in nature, you wonder why more don’t do so to help differentiate their product in a crowded marketplace.

Taking a look at PiggyBack as a sipping rye first, reveals a whiskey with a well-rounded sip that is full of spicy and earthy notes. It’s a flavor profile that you would expect out of a Canadian whiskey of this age, and one that rye lovers will surely gravitate to. While its fragile nose and lighter mouthfeel could at times benefit from an ever so slight proof bump to 100 or more, it still delivers an overall nicely balanced pour.

It gets a little more interesting when you start thinking about PiggyBack as a cocktail rye first and a sipping rye second. As a cocktail rye, PiggyBack offers a well grounded base of flavors that will please most cocktail lovers from amateurs to enthusiasts. The question that keeps popping up in my head is: Would anyone specifically go out of their way to choose PiggyBack as their cocktail rye versus others that may be sitting on a bar shelf at a cheaper price? Sure it works very well in cocktails, but many ryes with similar spicy and earthy flavor profiles do so too.

As a standalone sipping rye, PiggyBack Rye is priced slightly higher than the competition. However, PiggyBack isn’t billed as just a sipping rye, but more for cocktail use. When building a cocktail, I think of what flavor profile I’m aiming for with my whiskey, how it will balance with the rest of the ingredients, and of course, price. Coming in at $50, PiggyBack is a hard pill to swallow when it comes to spending that much specifically to make cocktails. Sure it delivers a robust flavor profile, which will probably make it the star in a given cocktail, but the competition is fierce in cocktail ryes. Specifically Rittenhouse Rye, Bulleit Rye, and Knob Creek Rye come to mind as equally capable ryes for cocktails at cheaper price points.

Offering a well-rounded and flavorful profile for both sipping and as a cocktail base, Dave Pickerell’s homage to the bartending community ends up being an homage to the late Pickerell himself: big, bold, and impactful.

WhistlePig PiggyBack is an intriguing rye that tries to stand out in a sea of intriguing ryes. If you take away the fact that this is one of Dave Pickerell’s last creations for the company, you’re left with a well-rounded easy sipping rye. It delivers a sweet and spicy flavor combination with a touch of earthiness that rye lovers will easily gravitate towards.

While I don’t necessarily find it any better to use in cocktails than other ryes out there, I do find the story it tells intriguing. The fact that Dave really wanted to give tribute to the bartending community, and in turn the bottle has ended up being a tribute to him in return. In the end, maybe PiggyBack does succeed in its aim as a cocktail rye. Not specifically from its flavor profile, but from the fact that it helps tell a good story. And with any great cocktail, a good story is just as important as what's being used to create the actual cocktail in the glass.

Buy WhistlePig PiggyBack Rye at Frootbat
‍The sample used for this review was provided to us at no cost courtesy its respective company. We thank them for allowing us to review it with no strings attached.
360 video 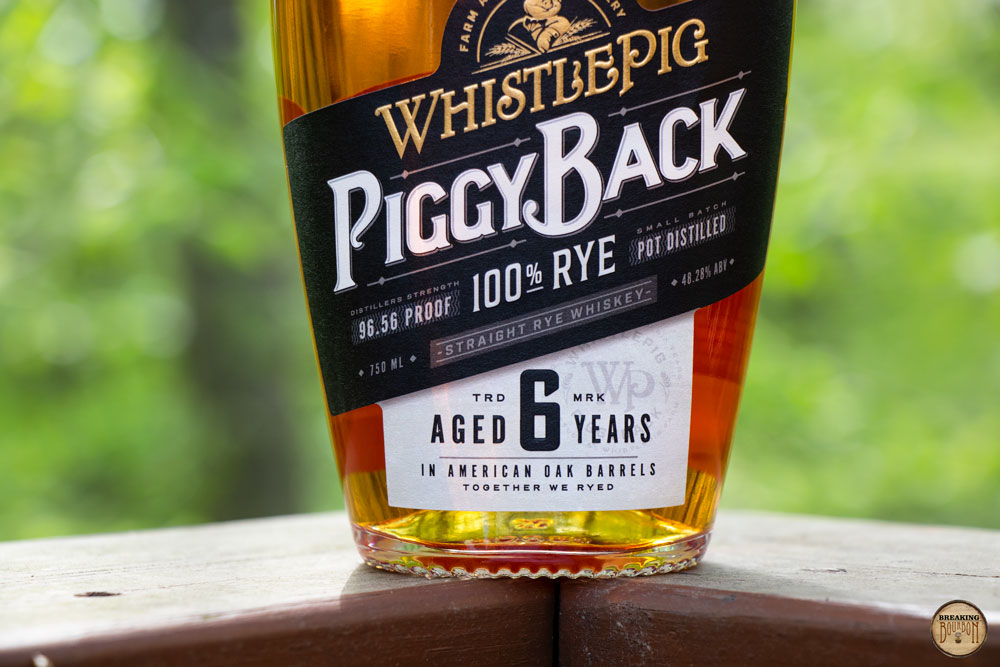 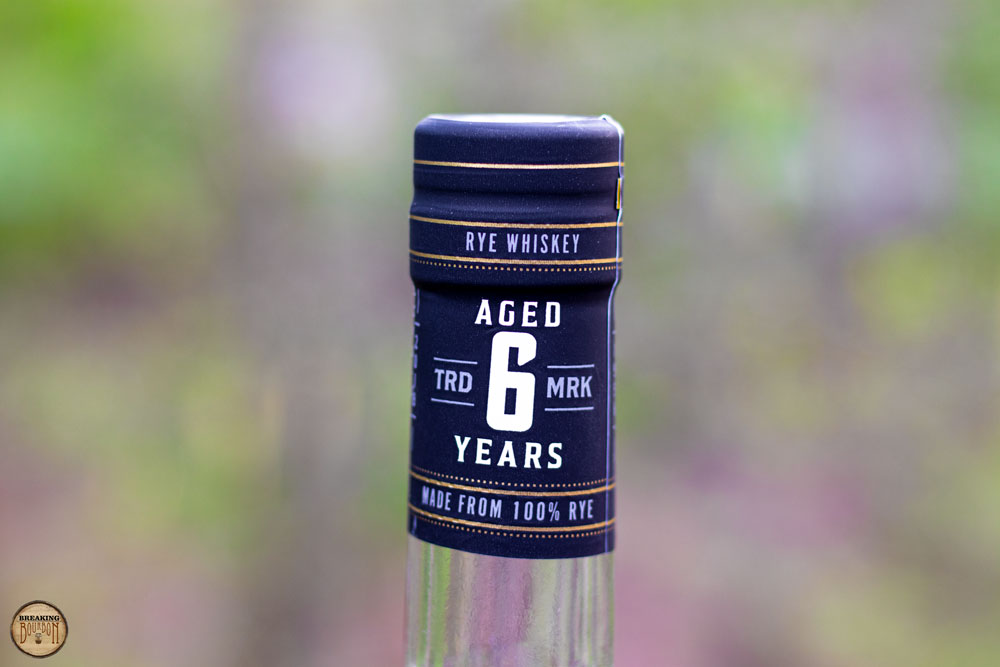 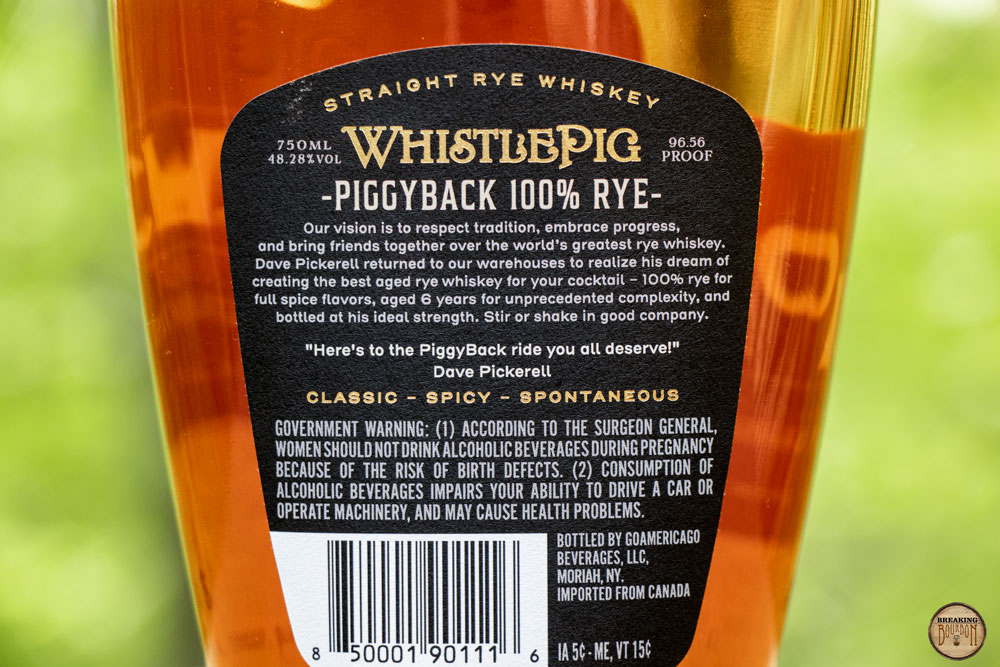