George Dickel Bottled in Bond Tennessee Whisky is a limited release whiskey that joins the company’s other standard whiskeys, George Dickel Classic No. 8 and George Dickel Superior No. 12. The company also has a large single barrel program for retailers, and also sells their whiskey to numerous companies and non-distiller producers. Like the other large Tennessee distiller Jack Daniel’s, Dickel uses charcoal filtering, which they claim mellows their whiskey and creates a smooth mouthfeel.

A deliciously sweet aroma of cherry, apple, vanilla, and oak with a hint of custard. It’s warming with the perfect amount of intensity that immediately makes a wonderful impression. An extra swirl of the glass further opens up the scents and builds to an impressive apex.

A tasty sweet mix of fruit punch, baking spice, toasted oak, pound cake, and faint roasted peanuts. It’s quite enjoyable and gets even better as you chew on it. To my surprise, doing this allows the flavors to further open up a great deal and become more expressive. The palate nails that perfect Dickel flavor profile you can find with certain single barrels from the company. It can come across as a bit hot for its proof - especially at first sip - but this isn’t that uncommon for Dickel whiskeys in my experience.

A hefty amount of spice and dry oak develops during its finish, grounding the whiskey. It’s uncomplicated as it hits hard and quickly fades. It’s a finish that’s not all that exciting, but more than adequate in its conciseness.

George Dickel Distillery must be one of the most prolific distilleries making whiskey. Where so many distilleries talk about their product shortages and resulting allocation, Dickel-made whiskey can be found practically everywhere. Their single barrel private selections are plentiful, and it seems like every Tom, Dick, and Harry craft distillery is now sourcing whiskey from them. It’s great that they are able to afford this practice as so many large distilleries cannot, but it also seems to have hurt their own core brand. The biggest splash the distillery has made recently is with their infamous “Hot Dickel” release in 2018.

Anyone that has had a great single barrel Dickel can attest to the fact that there is something special and distinctly Dickel tasting about them. Yet, outside of their single barrel program, the company very rarely has a product - limited or otherwise - available to showcase their distilling prowess. In many ways, they are to whiskey what MGP is to rye. They are more apt to allow someone else to showcase their whiskey than they are themselves. George Dickel Bottled in Bond finally goes to great measure to fix this, as it not only showcases the classic Dickel flavor profile proudly, it also shockingly comes in at an impressive 13 year age statement and amazing budget-friendly price point, which is rare in today’s whiskey marketplace.

It says something about a company that can produce excellent whiskey, yet they very rarely put out a noteworthy product with their name on it that showcases it. They finally fixed this in 2019, but it wasn’t an uber-expensive special release, rather an inexpensive one following their already budget-friendly Dickel No. 8 and Dickel No. 12 whiskeys. George Dickel Bottled in Bond released at only $36, but it was the inclusion of its 13 year age statement that was most shocking. Then you factor in its overall quality and very likeable flavor profile and you end up with a product that not only showcases what Dickel can produce, but also their willingness to shake up the industry.

Any 13 year old whiskey catches attention nowadays, but it generally comes with the expectation that it will likely be a $100 or more product. When it was revealed George Dickel Bottled in Bond would cost $36, it didn’t jive with current pricing standards. People were left scratching their heads, then curiosity set in, and inevitably, an impulse purchase was made. It’s a clever angle backed up with an excellent product that will likely prove to be quite profitable for Dickel, and a great value for drinkers.

George Dickel Bottled in Bond is an impressive tasting whiskey with an equally impressive age statement and price.

When Dickel announced they were going to release a bottled in bond whiskey it didn’t immediately instill much excitement in people. With Dickel-made whiskey being offered from so many other companies over the last few years, the immediate reaction could fairly be described as “been there, done that.” While learning of its price point and age was impressive, did anyone really have high expectations for a new $36 whiskey?

To be fair George Dickel Bottled in Bond does come across as a bit hot and oak forward the first couple of sips, but as it opens up, an impressive array of classic sweet Dickel flavors comes out. It joins a slew of budget-friendly and impressive tasting whiskeys from the last few years. 1792 Single Barrel, Old Ezra 7 Year Barrel Strength, Larceny Barrel Proof Batch A120, Four Roses Small Batch Select Bourbon, Stagg Jr Batch 12, and now George Dickel Bottled in Bond, are all leading the way of a new renaissance of excellent whiskeys at consumer-friendly prices.

George Dickel Bottled in Bond is a great whiskey and Dickel deserves a lot of credit for all they accomplished with this product. Dickel No. 12 was already a decent tasting product at a great value, but Bottle in Bond upstages it in every category. If the company can maintain the age statement and quality of Bottled in Bond, they have the opportunity of a runaway success on their hands.

Buy George Dickel Bottled in Bond Whisky (2019 Release) at Frootbat
‍The sample used for this review was provided to us at no cost courtesy its respective company. We thank them for allowing us to review it with no strings attached.
360 video 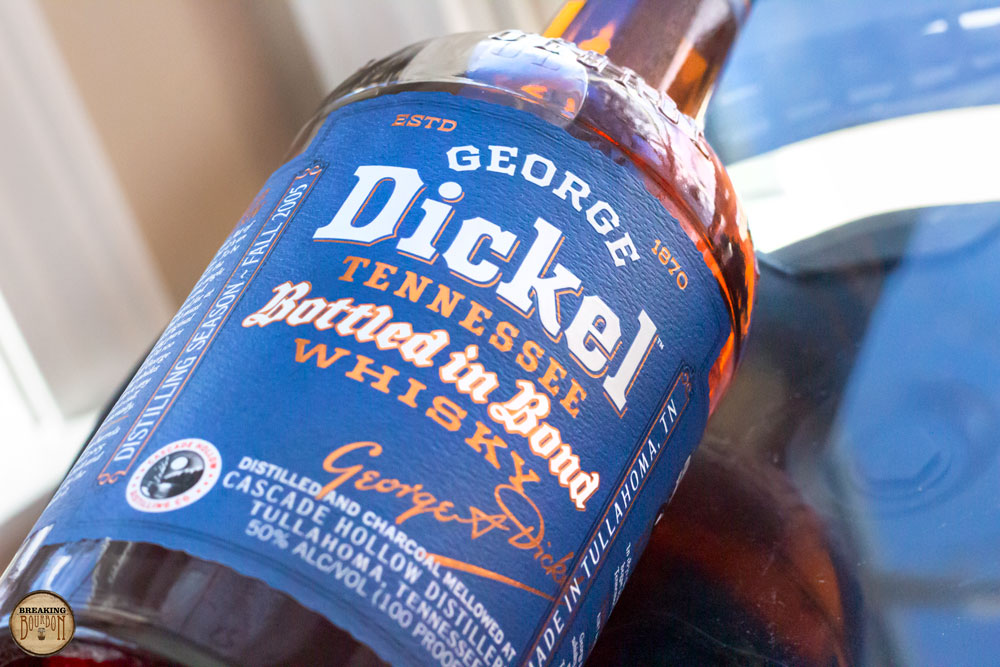 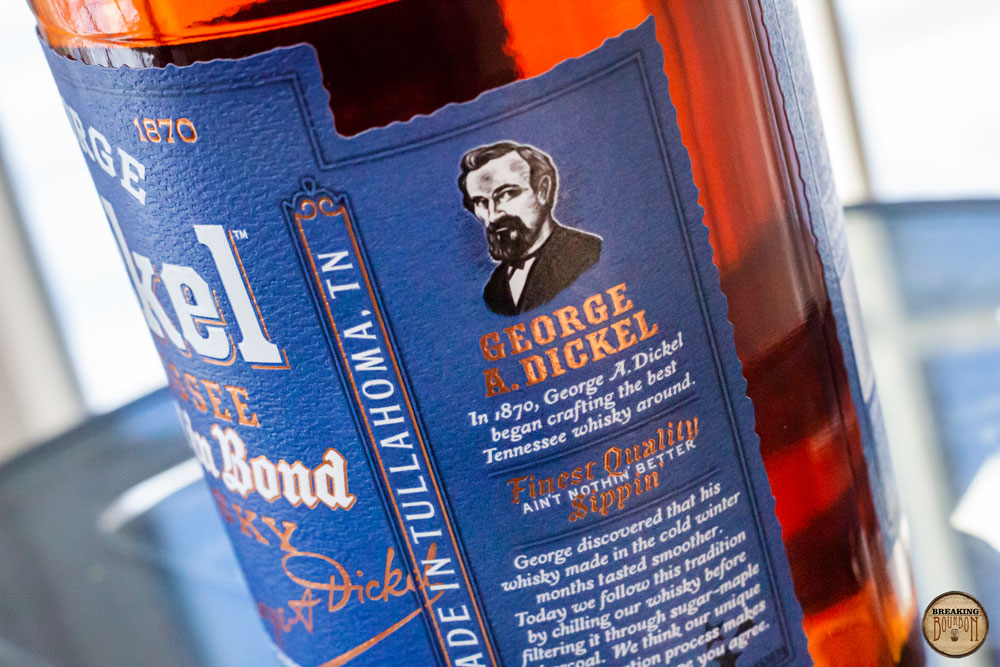 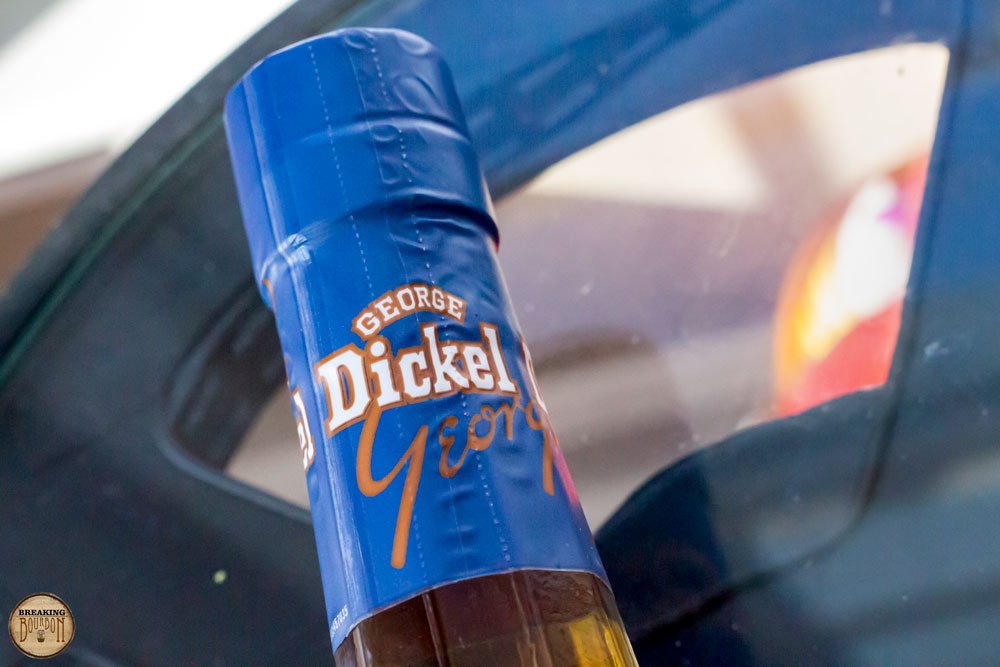 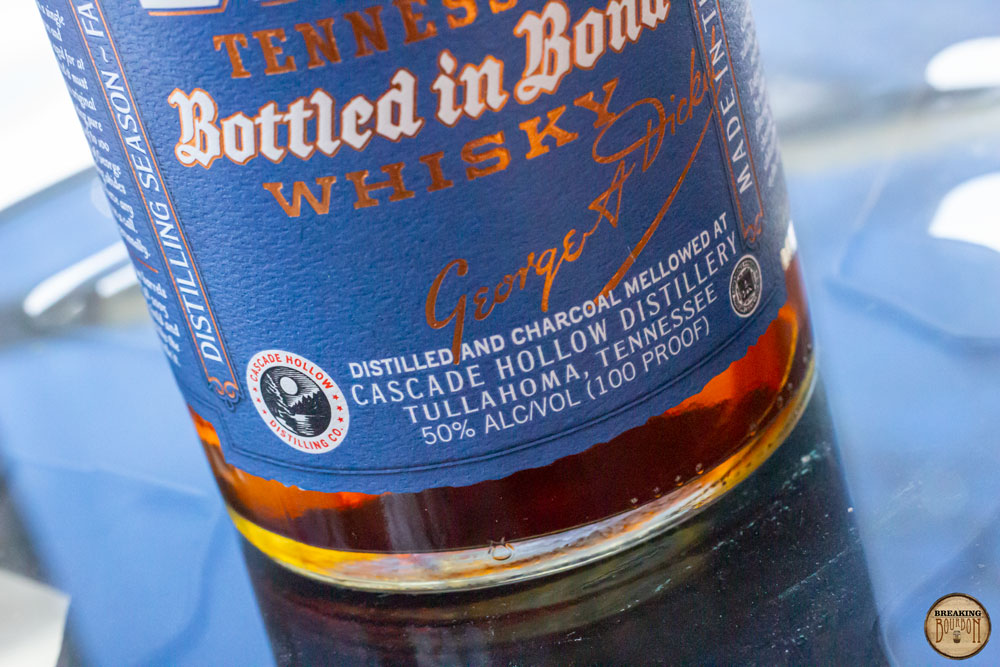