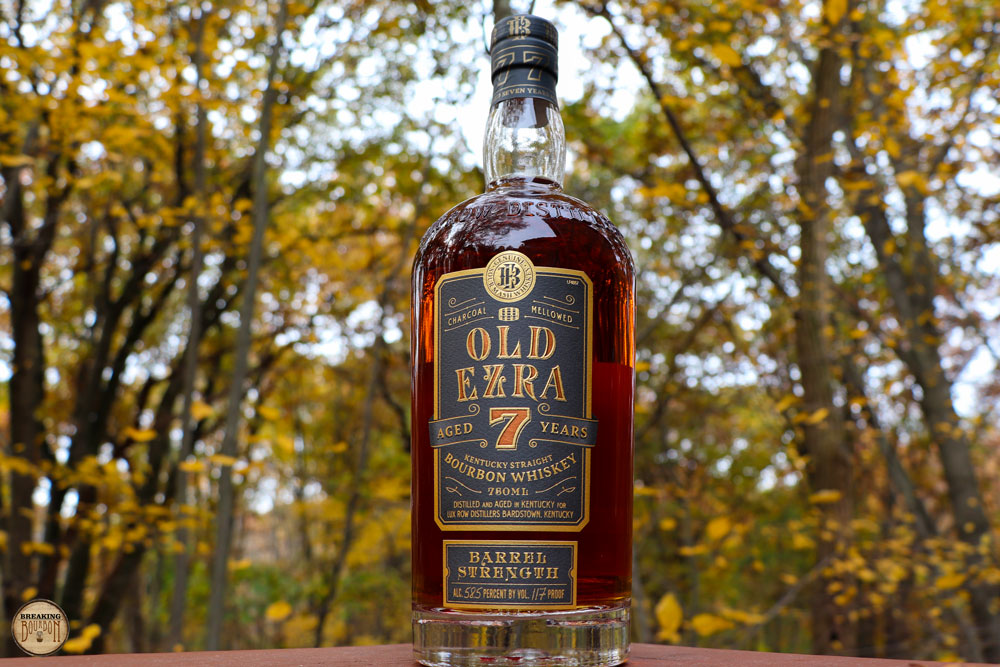 The Luxco bourbon portfolio consists of Rebel Yell, Ezra Brooks, Yellowstone, David Nicholson, and Blood Oath. The company is a non-distiller producer and has been said to have sourced their bourbon from Heaven Hill. In 2018, they completed construction of their own distillery in Bardstown, Kentucky on the Kentucky Bourbon Trail. According to the company, Lux Row Distillers features 18,000 square feet, six barrel warehouses at capacity and a 43-foot custom copper still capable of producing 3 million gallons of spirit per year. This distillery will produce the bourbon for the company's own brands and will replace sourced product when their bourbon comes of age.

A very traditional set of bourbon scents consisting of vanilla, caramel, brown sugar, and oak. Its mild for a high proof bourbon and its aromas are straightforward with no frills. Its basic and unexciting, yet solid nevertheless. It has a touch of cherry and spice near the end, but it’s fleeting and not at all impactful.

A surprisingly lively burst of flavor that ranges from sweet fruit, to rich caramel and spicy oak. Its heat can get in the way of the flavors at times, but doesn’t muddle or suppress them to a detrimental degree. This is a full-flavored affair, with adequate complexity and a very satisfying impact.

Oak, spice, and dark cherries ride the finish out to its natural conclusion. The heat is long lasting and doesn’t make it easy to forget. It’s a bit too dry and more thin than I would have liked, but thankfully there is a nice pop of vanilla and candied apple near the end that is short, but beneficial.

This release is much like what Luxco did two years ago when they breathed new life in the Rebel Yell brand - they released a new variant of a brand few ever took notice of, and it helped turn much needed attention towards it. Of course it also helped that Rebel Yell Single Barrel was quite good. The company is using that same strategy and hoping to create a similar success story for Ezra Brooks.

Ezra Brooks 7 Year 101 Proof is an often neglected and overlooked bourbon you may have seen on the shelf at one point or another, but probably rarely buy. The brand has been around for a long time and years ago when age statements were plentiful, it struggled for attention. Years later as the majority of mid-tier bourbon age statements disappeared, the bourbon is starting to get the attention it (rightfully?) deserves. Ezra Brooks 7 Year 101 Proof was never going to light the world on fire with its flavor profile, but still to this day, it offers what many other bourbons don’t: decent quality at a great price, and most notably, an age statement.

Luxco took what they did with Rebel Yell, what they were already doing well with Ezra Brooks 7 Year 101 Proof, upped the proof, and voila, they have a new product people can get behind. The flavor profile isn’t going to shock anyone with its uniqueness, but it is interesting how upping the proof changes this bourbon. It does what barrel proof bourbons are supposed to do but can sometimes struggle with. This isn’t just a hotter version of the standard offering, but a richer, fuller flavored, and all around great tasting bourbon.

Bourbon drinkers have become accustomed to barrel proof bourbons commanding a certain price. For years Booker’s maintained the industry line of $55, but like age statements, those days are long gone. 1792 has made a name for itself over the past four years releasing a number of new expressions well below market pricing, and that includes their Full Proof bourbon at $45. While some companies may try to hit this customer friendly pricing, few in reality actually do. That’s why it's even more surprising Old Ezra came in at $40 and maintained the brand’s mantra of quality bourbon at a great value. This release could have been marked up $10 higher and still would have easily been worth the price. Most importantly, this pricing keeps drinker expectations in check and in Old Ezra Barrel Strength’s case, perhaps it wasn’t even needed.

A high-proof, age-stated flavorful bourbon at an unbeatable price.

This release feels like a time capsule of what bourbon was like earlier this decade. Maybe its rose colored glasses, but this release brings me back to a time of quality bourbon, at a fair price, capped off with an age statement. There isn’t anything fancy here (besides its label). This is all around a great buy, that is bound to satisfy with its guilt-free expectations. This is the new everyday sipper/table bourbon for 2018.

Buy Old Ezra 7 Year Barrel Strength at Frootbat
‍The sample used for this review was provided to us at no cost courtesy its respective company. We thank them for allowing us to review it with no strings attached.
360 video 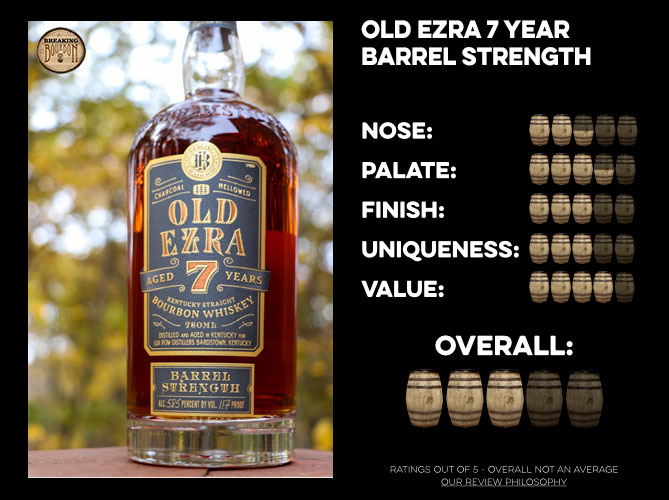 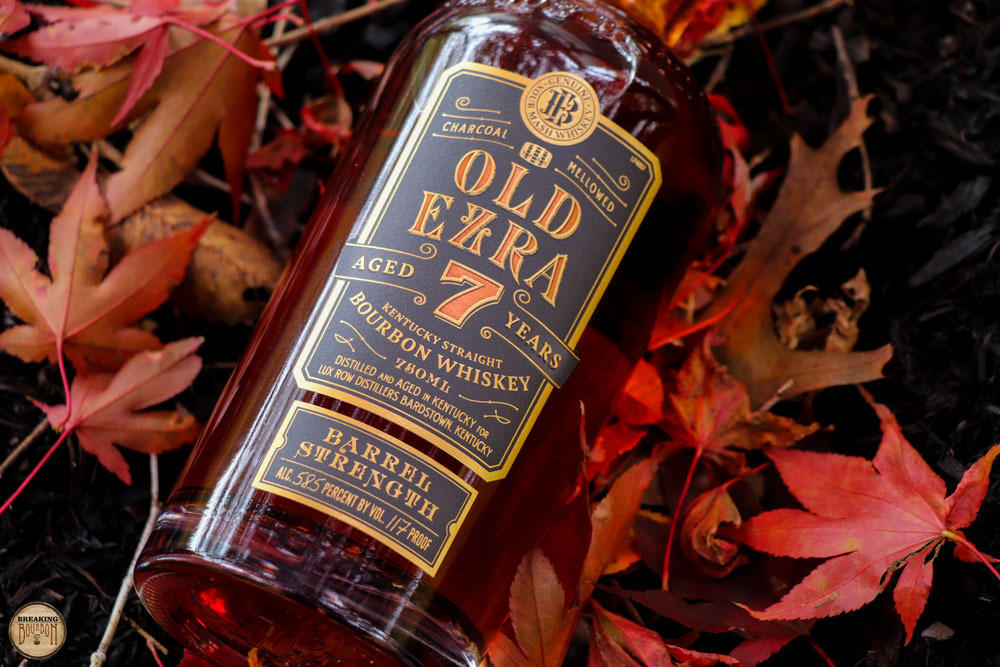 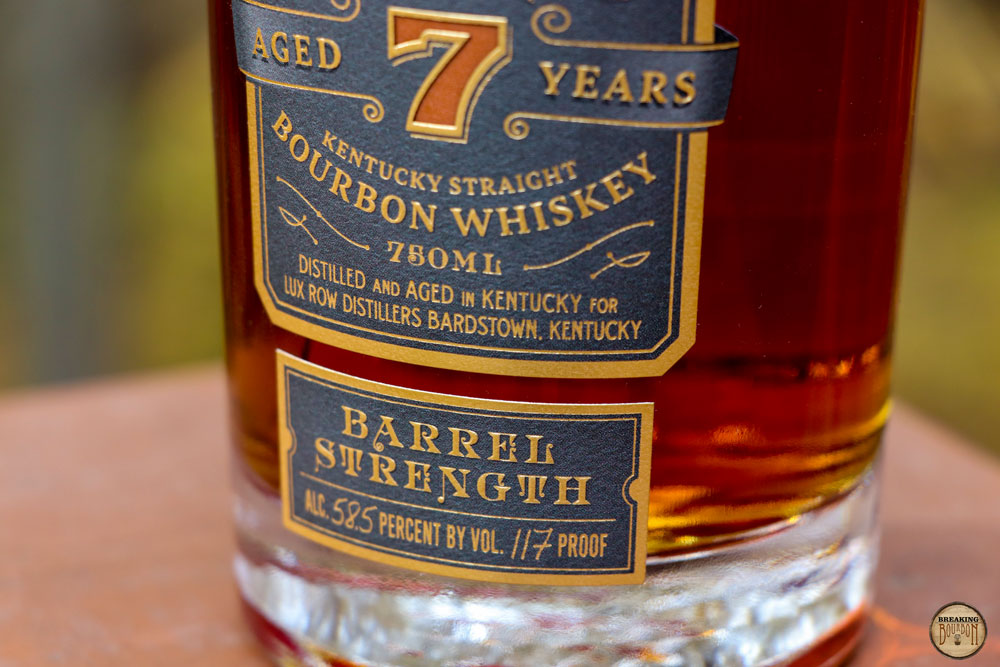 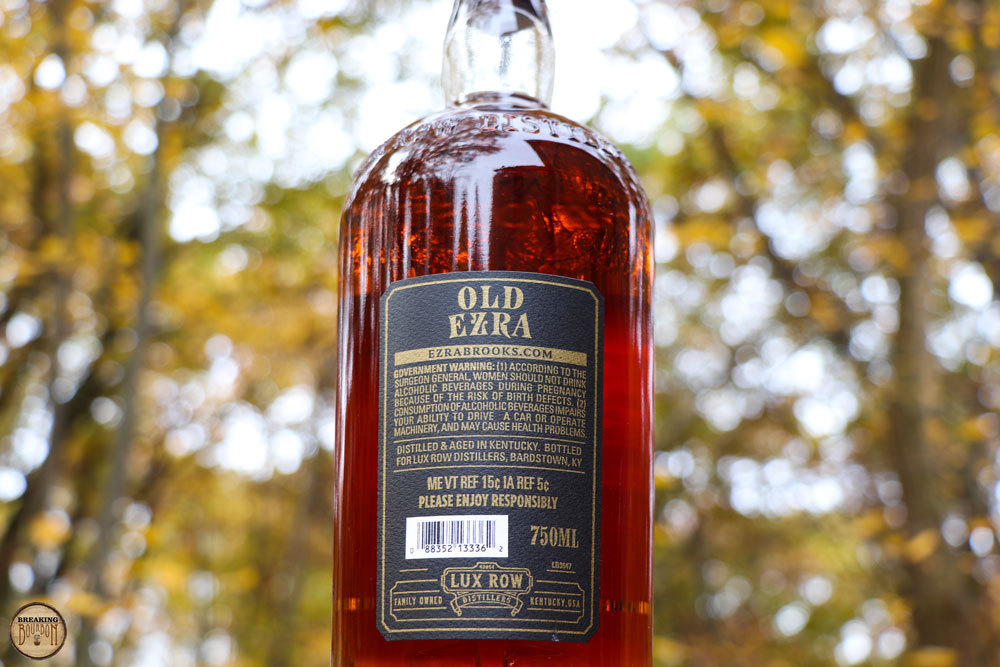 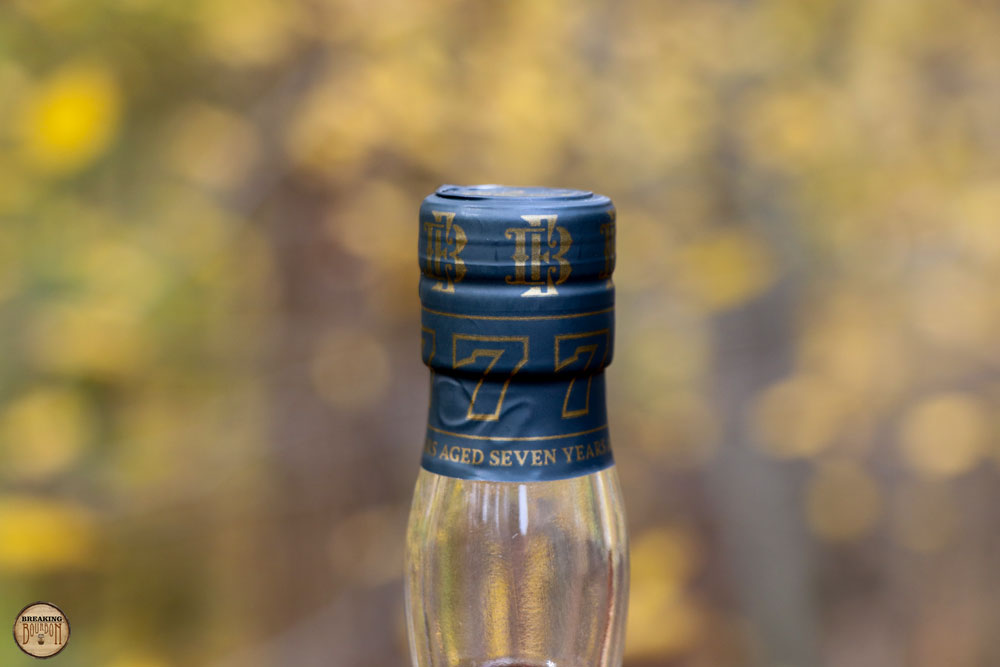