WhistlePig The Boss Hog 2014 The Spirit of Mortimer 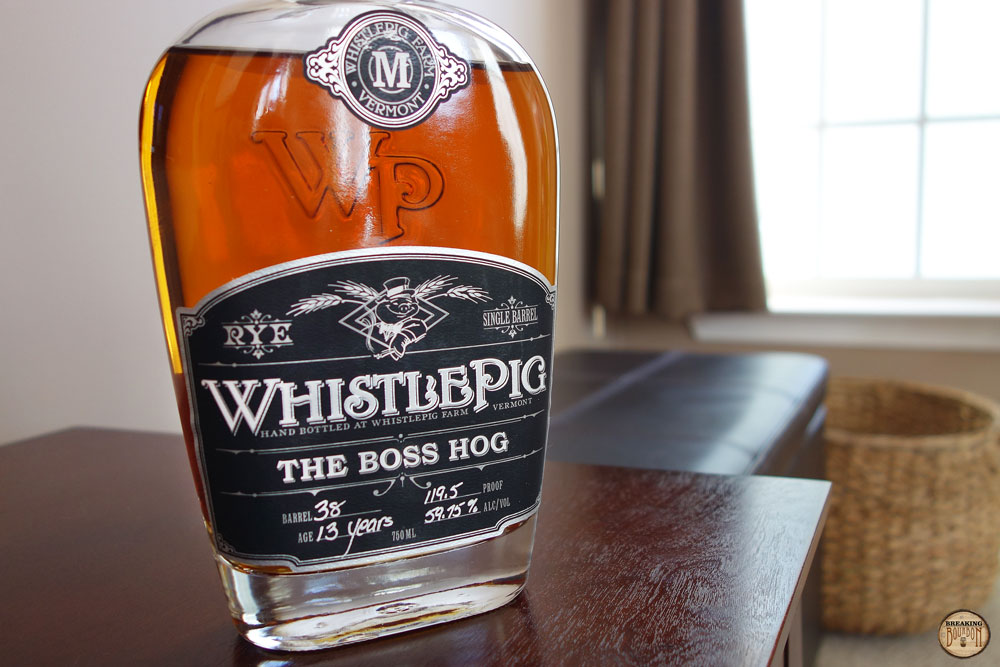 This is the second “The Boss Hog” released by WhistlePig, the first was in 2013. According to the company, this year’s release has been selected from their oldest and most unique barrels - Bond 77. Bond 77 entered wood on April 5, 2001 and was part of a quadruple barrel aging process, including a combination of new American oak and early use bourbon barrels. This is a single barrel offering comprised of 50 barrels which were hand-selected and bottled at cask strength ranging from 117 - 124 proof. The bottle reviewed is from barrel #38, has a handwritten 13 year age statement, and was bottled at 119.5 proof.

Bright and lively. It’s definitely got rye spice on the nose, but less alcohol intensity than the proof would suggest. There’s a hint of anise along with something else… tobacco maybe. It’s faint but it’s there.

Very tasty. Full-bodied with a good mouthfeel. A warming rye pop hits immediately followed by a sweet and spicy kick. It’s bright and bold with elements of vanilla and oak underneath. It doesn’t taste over-aged by any means, which makes me wonder what a few more years in the barrel might bring.

Unlike the standard WhistlePig, there isn’t an intense rye pop in the finish. A hint of burnt brown sugar dances in the background, contrasting the rye spice.The flavors from the sip dissipate fairly evenly resulting in a balanced, medium-length finish. Overall it’s a nice finish to a fairly balanced and refined sip.

A single barrel, barrel proof, 13.5 year, 100% rye mash bill release comprised of 50 total barrels is very unique on paper. But how about the taste? My experience with WhistlePig’s standard offering had me anticipating something quite unique when it came to taste. Instead, my bottle offered a more mainstream flavor profile than I expected. In fact, the polarizing rye pop found in the standard WhistlePig’s finish was not present in this offering. I even tried proofing it down and could not achieve the same result. Aside from lacking that intensely unique rye pop in the finish, it’s still not quite like anything else I’ve tasted or have on my shelf… and I mean this in a good way.

I have a hard time justifying anything in excess of the $100 mark, so something approaching $200 is quite a stretch. If not for the current boom in the high-end whiskey market, this would never find it’s way out of a liquor store at this price point.

Let’s take Pappy Van Winkle 20 year as a comparable, as it also MSRPs in the mid $100 range. With the Pappy, the bourbon in the bottle is delicious, but there’s the outside influence as well that cannot be ignored. The hype somehow helps justify the pricing in our minds. When other people want something very desperately, we often find ourselves wanting it too. This is not true with The Boss Hog. The black label and pewter top are nice, but not $189 nice. There is no outside force or aftermarket insanity magically helping justify the price in our subconscious. Moreover, most of us have had little experience with The Boss Hog to know whether it’s worth the money or not.

Digging deeper into WhistlePig as a company does not make things any better. Although they’ve recently clarified things, WhistePig did not make it clear exactly where their product was from until more recently. The product is from one of three contracted distilleries in the U.S. or imported from one of two distilleries in Canada. Although the company’s grain to bottle concept is intriguing, it is not what’s in this year’s bottle of The Boss Hog. What we’re getting is a sourced whiskey bottled by a company in Vermont. That’s not very exciting.

The price point with this one requires a leap of faith. I took that leap. What I got in return is a high quality, unique offering that did not disappoint me. I don’t regret the purchase, but I also won’t be hunting for The Boss Hog next year. There’s just too much good whiskey to choose from for a lot less money.

A top notch offering from WhistlePig, although the price tag is a bit “hoggish.”

I’m a fan of ryes, so this one really intrigued me. The price is hard to ignore. $100 or less and I’m all in, but nearly double that? That’s a bit greedy. Ok, so price aside, let’s look at what’s in the bottle. The Boss Hog is a well rounded, balanced, and interesting barrel-proof expression of 100% rye mash with a fairly high age for a rye. It’s also very good. The end result is less polarizing than the standard WhistlePig offering. Because of this I would suggest trying The Boss Hog in a bar if you’ve had the standard WhistlePig and disliked it, but typically like ryes or barrel proof whiskeys in general. Those willing to shell out the bucks for a bottle should be those folks that really enjoy a spicy rye with a little extra coin to spare on this overpriced offering.

Find WhistlePig The Boss Hog 2014 The Spirit of Mortimer at Frootbat
‍The sample used for this review was provided to us at no cost courtesy its respective company. We thank them for allowing us to review it with no strings attached.
360 video 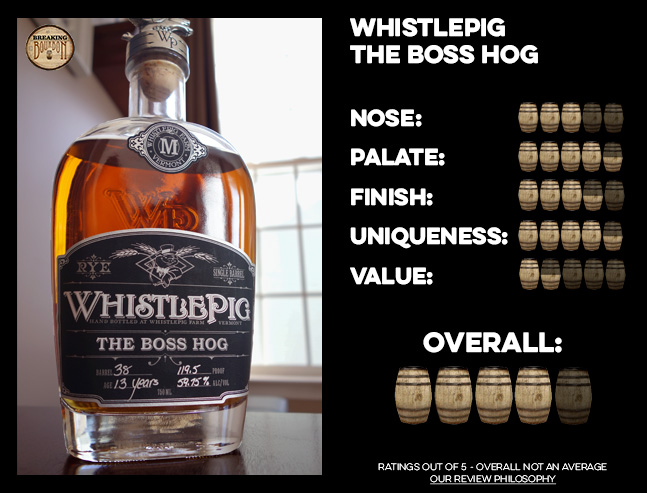 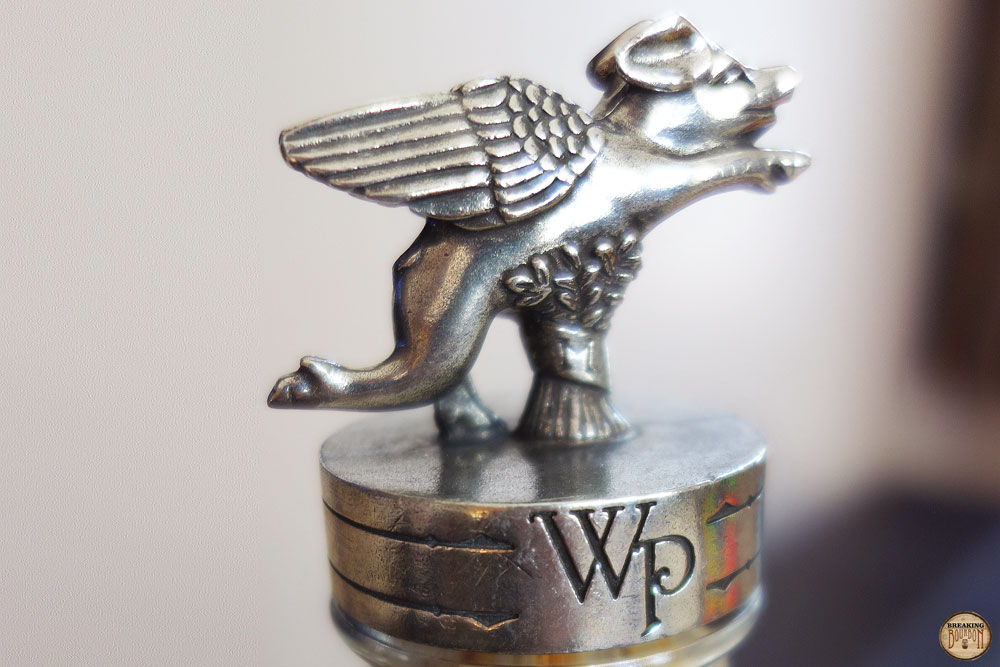 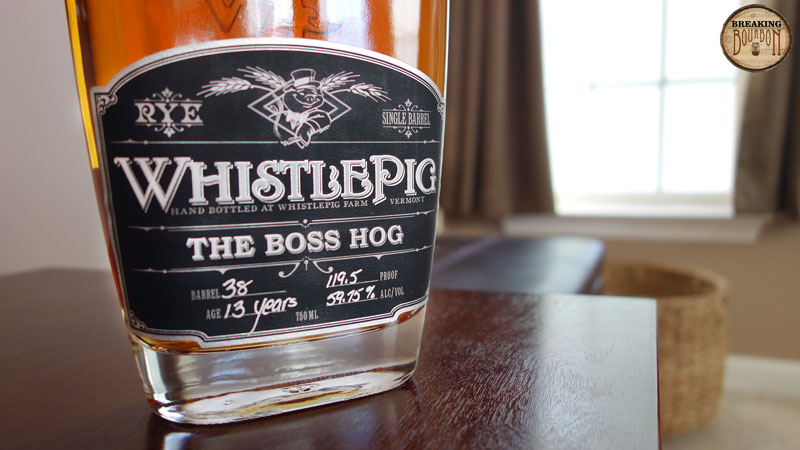 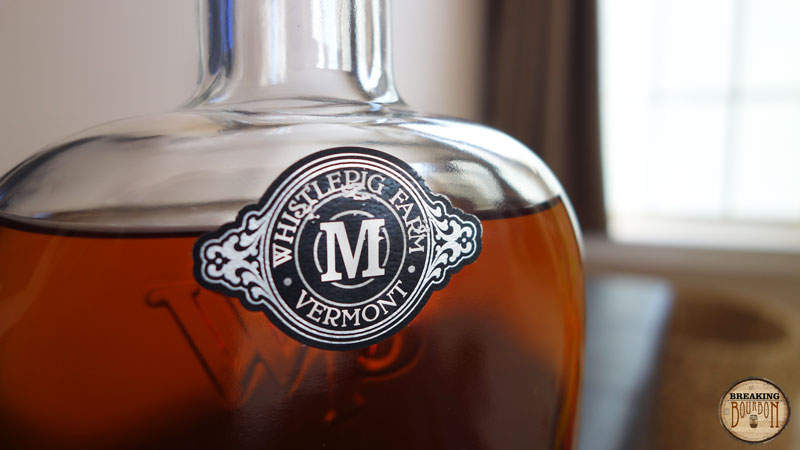