The company’s 99 Rye is the newest ongoing standard release and joins Chattanooga Whiskey 91 and Chattanooga Whiskey CASK 111 as the company’s standard Tennessee High Malt collection. According to Grant McCraken, head distiller at Chattanooga Whiskey, the company started development of it in 2015 and its first iteration was released as part of their Experimental Collection as Batch 007 “Tennessee Rye Malt.” The majority of the company’s rye grain comes from Canada that is sprouted and kiln roasted for about 24 hours with temperatures reaching about 170-180F. The other two malts in the mashbill are roasted at temperatures around 250-300F. From there, the company uses processes that are meant to highlight the rye malt with longer and cooler fermentations (~7 days at ~78F top temp), lower still proofs (133 off doubler), lower barreling proofs (115), and a barrel char that is a classic #4. 99 Rye is made in batches of 6-10 barrels.

A soft leaning aroma nicely showcases orange creamsicle, malt, and pine at the start. It’s not overly complex, yet this combination of scents works really well together. Spice is held in check by a gentle sweetness that helps make it stand out. Contrasting notes of honey and cayenne add conflict in an otherwise straightforward and satisfying aroma.

A medium intensity of toasted graham cracker, cherry cola, and spice provides an enjoyable collection of flavors that leans more sweet than spicy. An injection of citrus, baking spice, and malt help add additional layers of complexity. Unique but not shockingly so given its all malted mashbill, this rye’s flavor profile is interesting and fun.

The whiskey’s rye grain comes alive in the traditional sense during its finish. A drastic ramp up in heat occurs with rye spice, cinnamon, and nutmeg. A lingering apple cider aftertaste takes over and when combined with the warmth of its heat, transforms it into an almost hot toddy tasting experience. The whiskey’s toasted grains also leave a mellow aftertaste that stands out as unique for a rye whiskey.

With Chattanooga Whiskey 99 Rye being a rye malt whiskey (at least 51% rye malt) instead of just a high malt rye, it introduces a more complex distilling process and flavor profile. Rather than blending a rye whiskey with malted barley like many rye whiskeys on the market, a rye malt whiskey malts the actual rye grain. This results in an array of flavors not typically associated with a traditional rye whiskey.

Rye’s usual spiciness and baking spice related notes are still present in 99 Rye, but there’s a whole other side of the whiskey that works to contrast and balance against it. In 99 Rye’s case, that includes toasted graham crackers, cola, and more sweetness. With the other part of its mashbill including a blend of slow toasted and drum roasted rye malt, it introduces a subtle but effective toasted aftertaste to the whiskey. While Chattanooga Whiskey isn’t the first to malt rye grain, there are few distilleries doing it, and even fewer releasing it as an ongoing product. Just think if Buffalo Trace released such a product it would probably be released as a high profile limited edition product in their E.H. Taylor line. 99 Rye is much like Chattanooga Whiskey’s other products that tweak the tried-and-true and yet refrain from coming on too strong. 99 Rye is unique tasting for a rye, but you can still recognize its rye heritage before focusing on what it's doing differently - making it a great place for people that feel adventurous, without wanting to take on too big of a risk.

As a small craft distillery with limited distribution, one could expect Chattanooga Whiskey to feature a higher-than-average price for their products. Whiskey drinkers have experienced this during the rise of craft distilleries over the last decade. Yet over the past year or so this trend has started to buckle. Many craft distilleries are becoming quite competitive with their pricing with many larger companies who often mass produce their whiskeys.

Chattanooga Whiskey is one such craft distillery that is being bullish with their pricing, with Chattanooga Whiskey 91 priced at $35, and Chattanooga Whiskey 111 Cask at $45. With Chattanooga Whiskey 99 Rye following suit at $40, there’a a little bit of “how are they doing that?” vibe. Sure their whiskey right now is only aged 2-3 years, but it also isn’t your run-of-the-mill craft whiskey either. In all three of their Tennessee High Malt products, they are malting, roasting, and/or toasting a number of grains to create their products. These extra processes require extra time, equipment, sourcing of grains, and expertise. And while none of this truly matters if you don’t like the end product, understanding the extra work involved inherently adds value. Even if this was just an above average tasting traditional rye whiskey, $40 is a decent value. Add in its unique taste and crafting techniques, 99 Rye is a great value and another easy buy recommendation for Chattanooga’s whiskeys.

Rye whiskeys have become stagnant thanks to years of tried-and-true products from major Kentucky distilleries. Thankfully there are a number of craft distilleries pushing the boundaries of rye and exploring what the grain can do. Too often rye releases lean too heavily on spice without ever exploring the nuances and the subtleties that the grain affords.

Chattanooga Whiskey 99 Rye isn't different simply for the sake of being different, but offers a unique spin on the traditional rye flavor profile that may buck your expectations of what a rye should taste like. It still features a lot of classic rye characteristics, but like many of Chattanooga Whiskey’s releases, they put their unique fingerprint on them. Unlike some of their more experimental releases, this doesn’t veer too far off into left field that it will only appeal to those who prefer oddball releases. Instead, this is more of a tweak to the classic rye flavor profile and one the rye whiskey as a spirit category desperately needed.

Yet I do see some room to improve. I hope with some additional aging, the flavors further develop and open up with the help of additional oak influence and maybe even a few more proof points. In its inaugural state, 99 Rye still satisfies and is quite exciting for rye drinkers. I like where Chattanooga Whiskey is going with all of their whiskeys, and especially as a fan of rye whiskey, I’m excited where their high malt distilling process is taking the spirit.

Buy Chattanooga Whiskey 99 Rye at Frootbat
‍The sample used for this review was provided to us at no cost courtesy its respective company. We thank them for allowing us to review it with no strings attached.
360 video 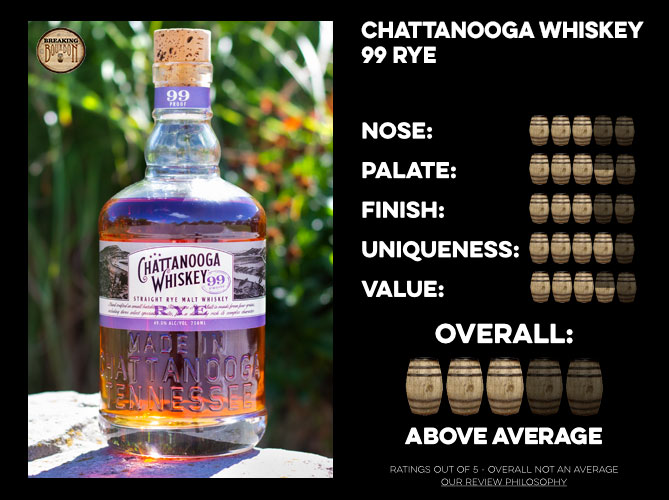 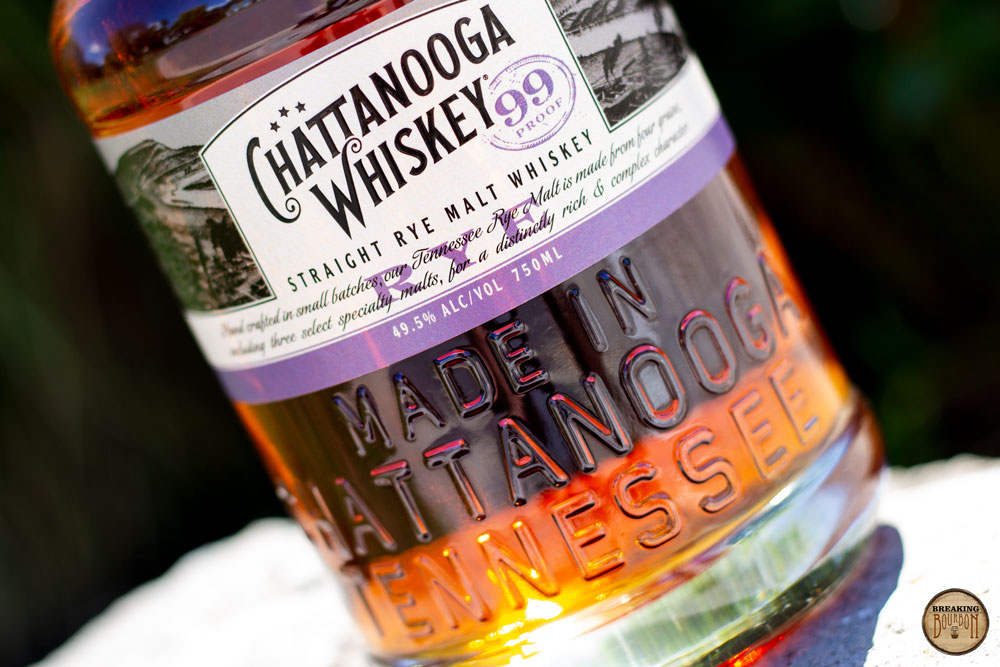 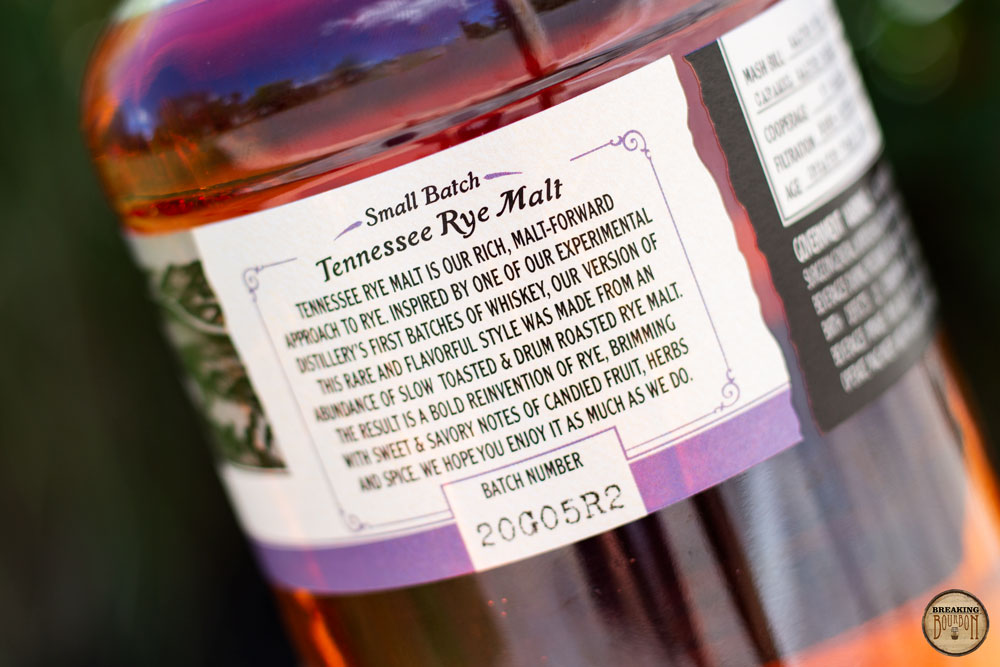 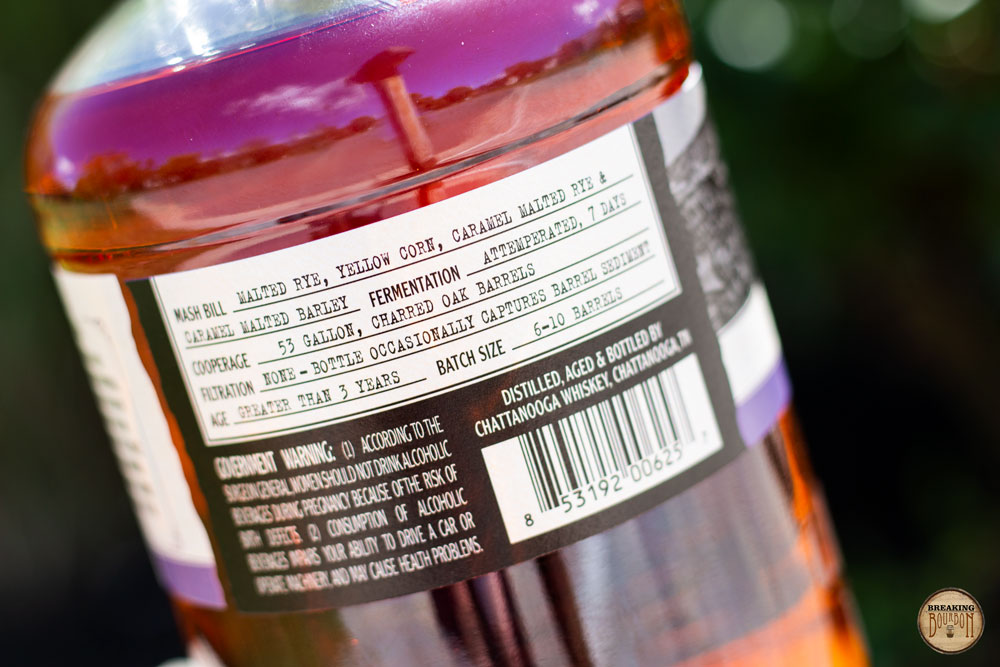 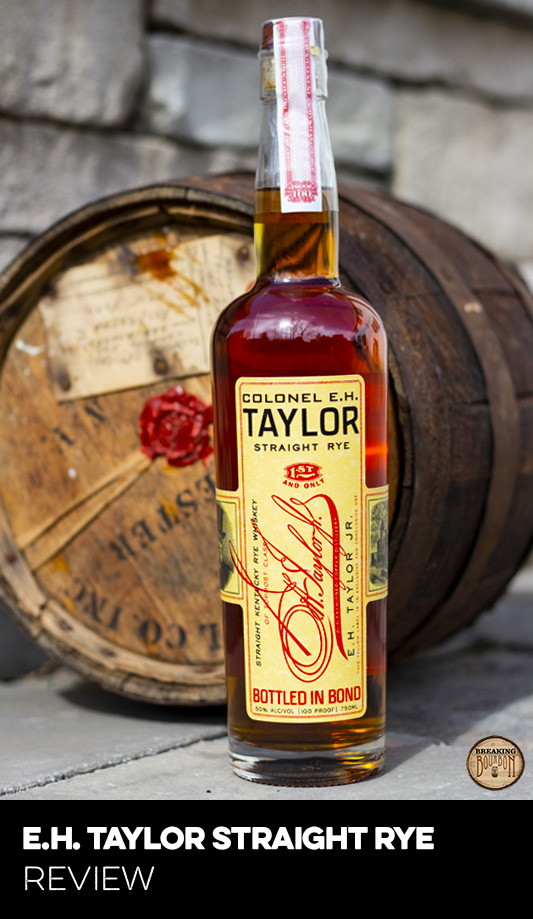