Castle & Key came to life in 2014, when the Old Taylor Distillery site was purchased and rehabilitated to its former glory. Over the years, the company has done numerous contract distilling runs for various brands and released their own rye, however, the company never released their own bourbon. That changed with Small Batch Bourbon Batch #1, the first-ever bourbon to be released by the Castle & Key team since restoring the Old Taylor Distillery. The initial release will be done in two batches, with each batch consisting of 80 barrels. Batch #1 can be recognized by its 98 proof, while Batch #2 will be released in May 2022 at 99 proof. While both batches will be available at the distillery, they’ll also be sold in Arizona, Colorado, Connecticut, Florida, Georgia, Illinois, Indiana, Kentucky, Louisiana, New Jersey, New York, Oklahoma, South Carolina, Tennessee, Texas, Washington, and Wisconsin. You can read more about this release in the company’s press release.

Crisp fresh scents gently greet you. Notes of light grain, oatmeal, fresh dough, and apple are propped up by an intriguing scent of what best can be described as a fizzy peach drink. Hunting further brings about aromas of light vanilla and oak. While the opening certainly won’t amaze you as it lacks enough intensity to rise to the level of truly intriguing, it contains just enough to be enjoyable.

The sip transitions to bright and lively on the palate. Fresh peaches and honeydew interlace with touches of honey and white peppercorn spice. Creamy vanilla and a light taffy candy flavor lie in wait. A sprinkle of rye spice and oak top things off. It’s a really great combination of flavors and surprisingly developed for it only being a 4 year old bourbon.

The bright and lively flavors from the palate are replaced instantly with a pop of peppercorn and rye spice. A brief showing of vanilla cream and oak appear and help break up the spice before the finish settles back into its spicy self. This warming peppercorn and rye spice combination lingers, delivering a pleasing heat to help send out the finish. For being only 10% rye it’s surprising how spicy the finish is. Overall though, this spiciness is a nice contrast from the brighter flavors found earlier in the sip and is a nice way to round things out.

For all intents and purposes, Castle & Key could be considered a typical upstart craft distillery, albeit with one main difference: money. Castle & Key has had a tremendous amount of capital infused into it over the years. It quickly has risen to one of the most talked about new distilleries in Kentucky, fusing the old rich history of the Old Taylor Distillery and the gorgeous grounds surrounding the stills, along with its current distilling capabilities.

Since its purchase in 2014, Castle & Key has been more widely known as a contract distiller, working with brands like Pinhook and more recently Blue Run, to help bring their spirits to life. While the company has produced their own clear spirits such as gin, and previously released their own Restoration Rye, they have not released a bourbon under their own label until now. This certainly isn’t the normal path most new distilleries take, instead releasing their whiskey as soon as possible, often when it’s only a year or two old. Bucking this trend, Castle & Key delivers their first bourbon after 4 years of aging that showcases just how far the distillery has come in a few short years. This is one of the better first release craft bourbons I’ve had, and it’s clear that Castle & Key has what it takes to start competing with its Kentucky neighbors.

It should be noted that interestingly enough, Castle & Key has proofed Batch #1 and Batch #2 to 98 and 99 proof, respectively, as opposed to 100 proof. While it might have made sense to have their first release be bottled in bond, it’s unclear if the barrels in the batches meet all the requirements. That said it wouldn’t surprise me if a bottled in bond release will be forthcoming in the near future.

Castle & Key has quickly become known for their attention to detail. Their grounds are some of the most beautiful you’ll find at a bourbon distillery, and they’ve brought this attention to detail over to their first bourbon release. The bottle is absolutely gorgeous, displaying elegant traits that help it easily stand out on a shelf. No detail is left out, and it makes you wonder why more distilleries don’t put this much effort into their bottles.

While a gorgeous bottle may help justify a whiskey’s price, it’s what’s in the bottle that truly counts. In Batch #1’s case, the whiskey steps up to the challenge and delivers a sip that will certainly please most who try. It’s an interesting sip that is certainly better than many other whiskeys being put out by distilleries that opened up around the same time. Take that into account with the fact that this is the distillery’s first branded bourbon release and you have an easily justifiable price tag.

With a gorgeous bottle and a bright and lively sip, Castle & Key makes it quite clear that they’ll be able to compete with their larger Kentucky counterparts with the release of their impressive first batch of Small Batch Bourbon.

Castle & Key Small Batch Bourbon Batch #1 delighted me from the moment I saw it, with a gorgeous and elegant bottle that drew me in. But it’s the whiskey’s sip that impressed me the most. From the fizzy peach drink aroma on the nose, to the bright and lively palate and contrasting spicy finish, this bourbon wasn’t what I was initially expecting for a distillery’s first bourbon release. What Batch #1 delivers is a flavorful sip that is impressive considering the distillery was only purchased and started going through its rehab in 2014. In those short 8 years, not only have the distillery grounds been transformed, but it’s clear that Castle & Key has what it takes to compete with its much more tenured and well established Kentucky distillery neighbors.

I’m curious to see how future releases from the distillery progress and if they maintain this bright and lively flavor profile that Batch #1 displays, or if future aging and/or proof will move the brand away from it. Either way, Batch #1’s flavor profile and price make this an easy recommendation to pick up and try. If you’re looking to try something new, or just want to track how a distillery’s flavor profile progresses from its first release onwards, give Castle & Key Small Batch Bourbon Batch #1 a try.

Buy Castle & Key Small Batch Bourbon (Batch #1) at Frootbat
‍The sample used for this review was provided to us at no cost courtesy its respective company. We thank them for allowing us to review it with no strings attached.
360 video 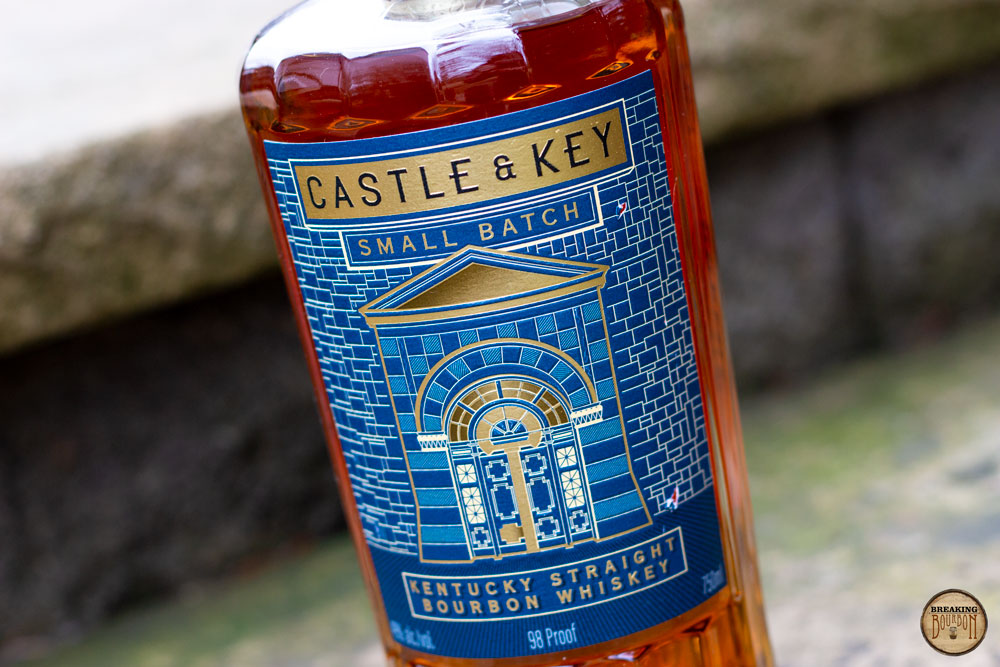 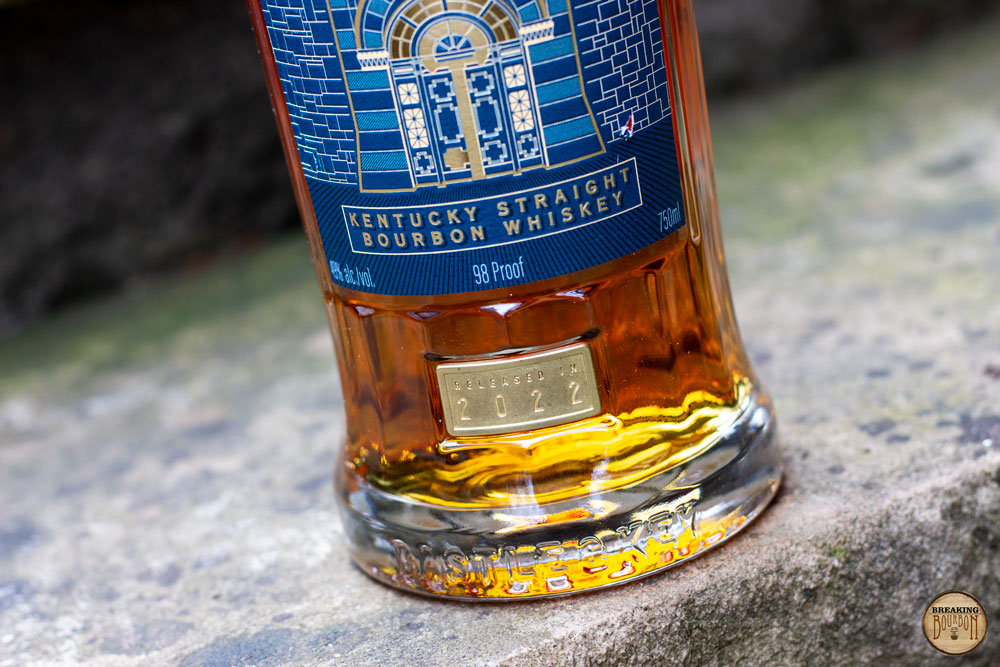 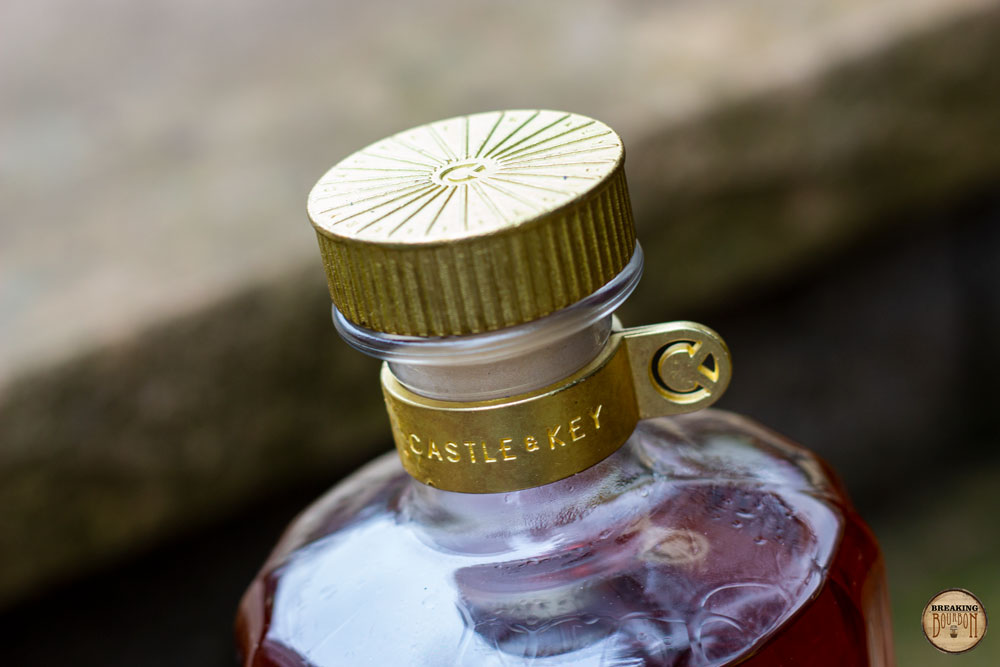 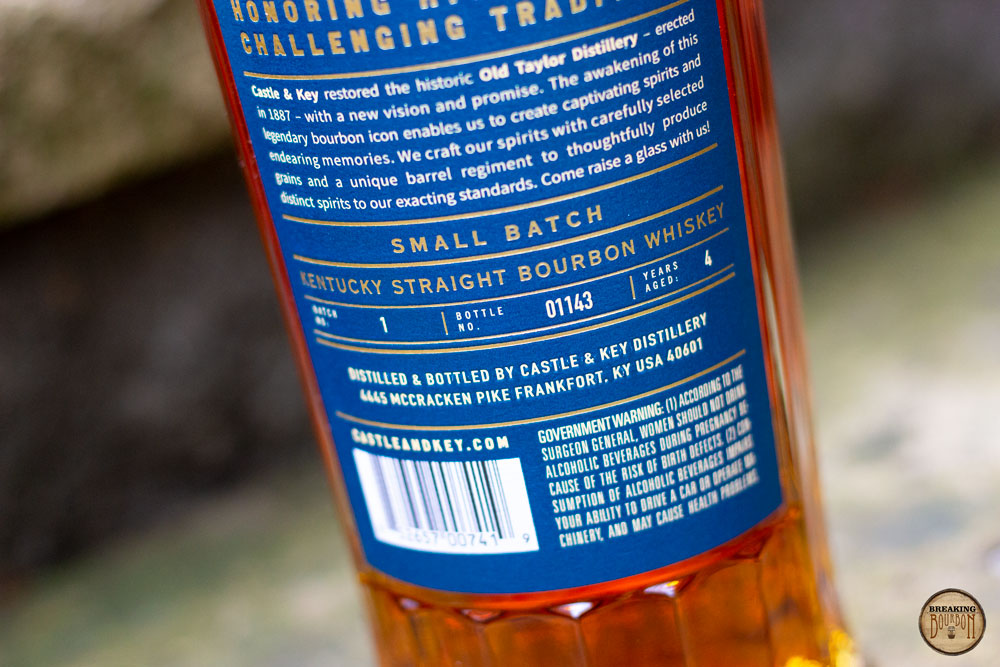