Blue Run Spirits was started in 2019 by a group of friends and bourbon lovers – a Nike designer, Facebook’s first director-level employee, a hospitality executive, a political advisor, and a philanthropist – that wanted to evolve the bourbon industry, creating fine products for the modern whiskey fan. The five founders teamed up with Jim Rutledge, a 50+ year whiskey veteran and former master distiller at Four Roses, who serves as what they refer to as the brand’s “liquid director.”

This is the second batch of Blue Run High Rye Bourbon, following the inaugural batch that was released in October, 2021. The batch was distilled at Castle & Key Distillery by Rutledge. Blue Run Whiskey Director Shaylyn Gammon oversaw the dumping and blending of this 232 barrel batch.

Light cinnamon mingles with sweet caramel and a touch of oak. An undertone of malt joins and persists against prominent rye spice, making for a pleasant malty rye aroma. The intensity is a bit less than expected for the proof, with a level of potency that’s more along the lines of a sub-100 proof bourbon. While not overly complex or heavily aromatic, it’s pleasant and enjoyable overall.

The bourbon’s intensity increases on the palate, starting with a manageable punch of rye spice that’s accented by nicely integrated caramel sweetness. Cinnamon spice layers in, along with toffee and a splash of dry oak. All of this is complemented by an undertone of malt that’s subtle yet present throughout, tempering the high points of the rye spice and allowing the bourbon to drink closer to 100 proof. What results is a delightful combination of sweet and spice with an enjoyable malt undertone.

The strength of the rye spice carries over into the finish, reaching its highest level of intensity, and finally showcases the bourbon’s proofpoint. The intensity allows for a long finish, with notes of caramel, toffee, cinnamon, and light tobacco leaf mingling in as the spice dissipates. It’s a suitable yet very well done end to the sip, holding the intensity of the rye spice throughout.

The most notable aspect of this release is the fact that it was distilled by Jim Rutledge at Castle & Key Distillery. Moreover, a total of only 232 barrels comprise this batch which is not small. It’s the second batch under Blue Run’s “High Rye” label, following the batch released in October of 2021.

The flavor profile joins warm rye spice with more traditional layers of caramel and oak, making for a crowd-pleasing combination of flavors. A malty undertone is also present, and a bit more pronounced than the first batch. It’s likely to really please just about everyone who enjoys bourbon with a slightly higher proof, despite the fact that it drinks closer to 100 proof than its true 111 proofpoint. While the flavor profile isn’t notably unique, it’s not polarizing either, instead finding a fantastic balance between spice and sweet.

This combination of origin and flavor profile makes this second batch of Blue Run High Rye a bit more unique than average, with a nudge to the positive based on it being distilled by Jim Rutledge at Castle & Key Distillery.

The term “beauty is in the eye of the beholder” rings true when you replace “beauty” with “value” when discussing bourbon. Blue Run has managed to quickly build a cult craze around the brand - with a beautiful bottle design, releases that are small but not too small, the famed Jim Rutledge behind their distillations and blends, and a line of high quality products with widespread appeal. Like the initial release of this particular line, I’m happy to see a price that puts it within reach for a wide audience. However, the fact that it’s just over 4 years old cannot be ignored. Some will immediately write this off, while others won’t give it a second thought (or no thought at all).

For the majority of consumers who feel the high end bottle’s looks are worth the price, and look no further than the taste to justify their purchase, they won’t be disappointed. It’s a well done bourbon that offers an enjoyable flavor profile that balances rye spice with more traditional sweet bourbon flavors quite well. It feels premium, and it tastes premium.

On the other hand, some will take issue with the bourbon’s age (relative to the price) and the brand’s premium packaging and positioning in the marketplace. After all, Castle & Key is debuting their own bourbon for $50 so are you just paying for Blue Run’s label? This is completely understandable, and by comparison there are plenty of 4-5 year old Kentucky bourbons that are priced for much less. High Rye’s 111 proofpoint helps, delivering an above average amount of intensity and richness, but higher proof lower cost options can be found as well. The main draw for an enthusiast focused on the technicals and high level details is the fact that Jim Rutledge distilled this at Castle & Key Distillery, but even that might not be enough. Taking everything into account, Blue Run High Rye isn’t a bargain by any stretch, but at the same time its flavor profile is likely to satisfy just about anyone willing to pay its asking price.

As a company, Blue Run Spirits represents bourbon’s transition from a low cost, undervalued spirit to a higher end, premium option. While the same could be said of a number of brands, Blue Run’s focus on bottle design, premium positioning, technical merit and know-how (with the inclusion of Jim Rutledge), fits every piece of the proverbial premiumization puzzle. Some will find a lot of frustration with this, which is understandable, and thankfully there are still plenty of exceptional value bourbons to choose from.

Buy Blue Run High Rye Bourbon (Batch 2) at Frootbat
‍The sample used for this review was provided to us at no cost courtesy its respective company. We thank them for allowing us to review it with no strings attached.
360 video 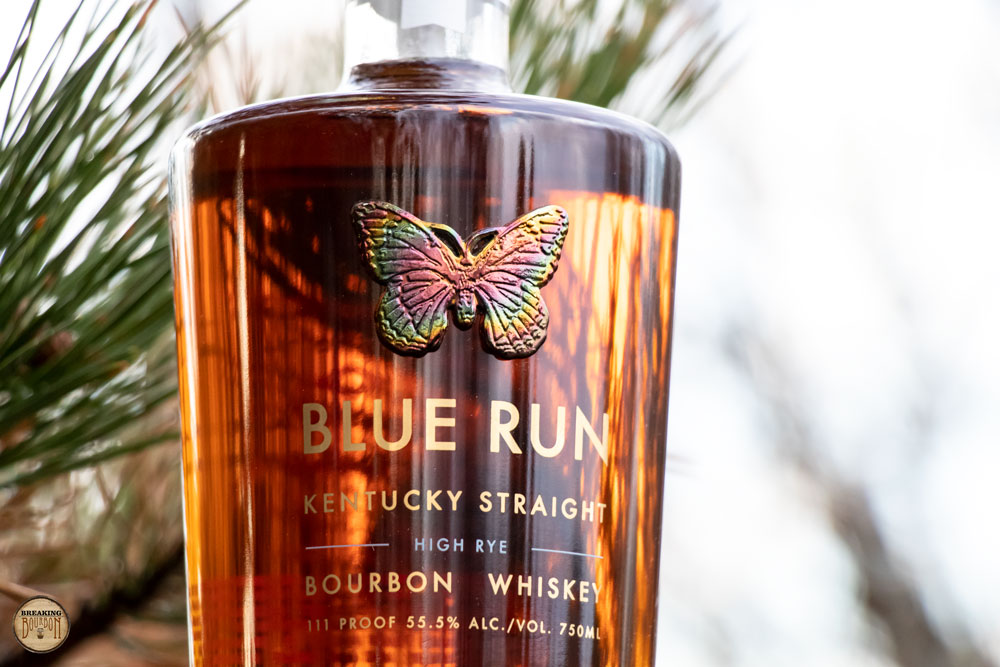 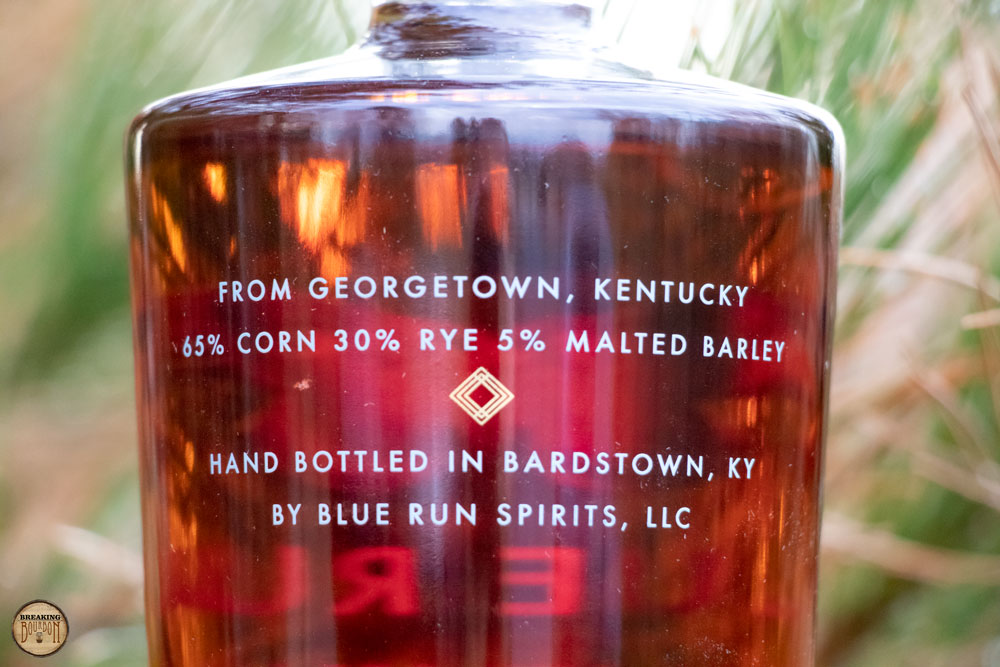 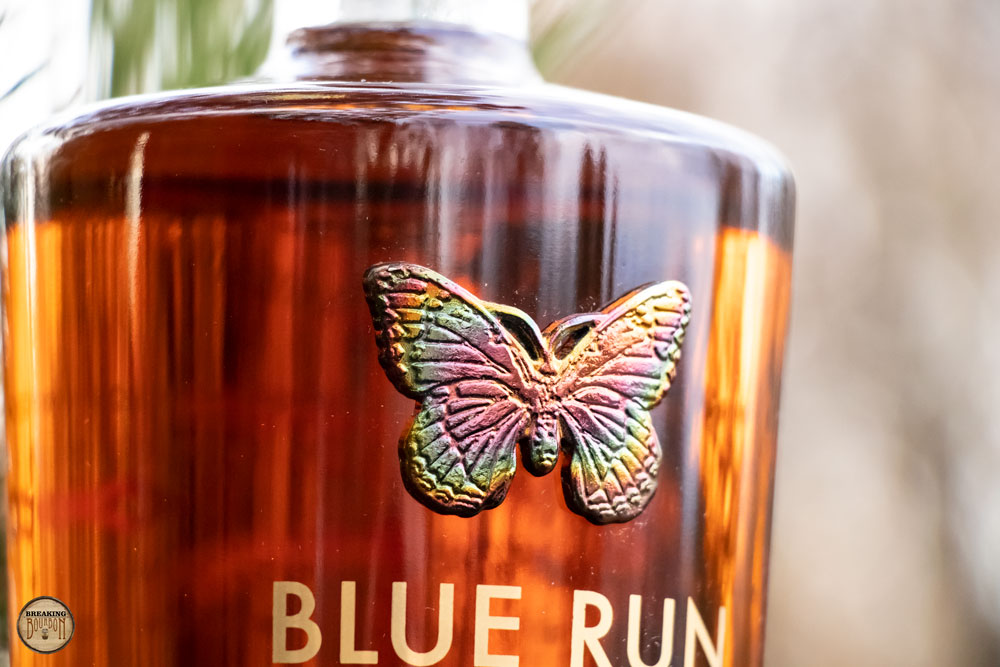 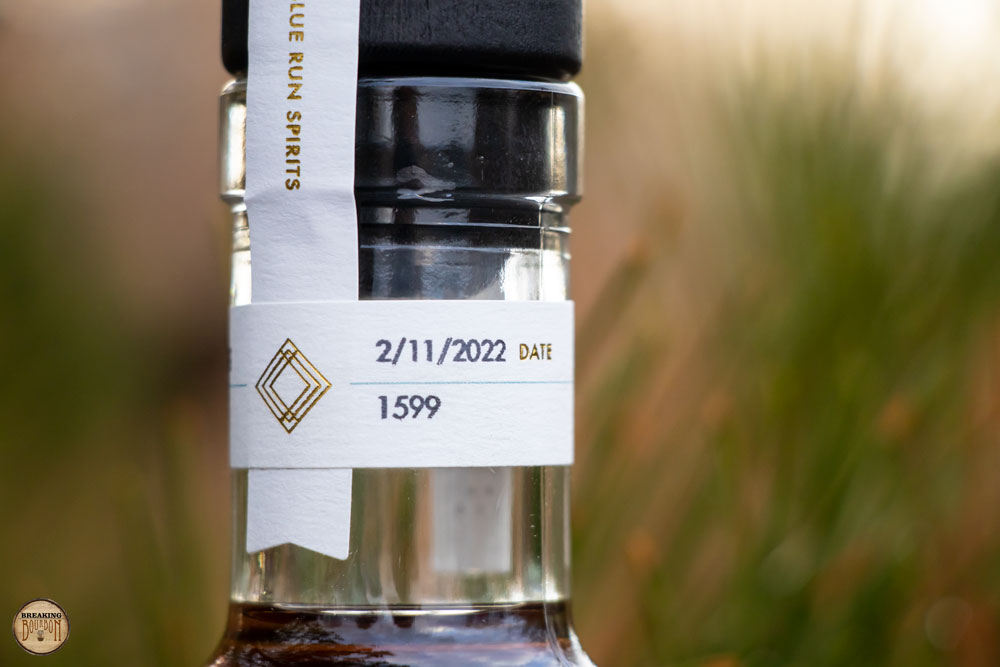