Oak & Eden was founded in April 2017 by brothers Joe and Jamie Giildenzopf and Brad Neathery. In May 2018 they launched their first product, and now offer a variety of different whiskeys. Each is finished in a unique way - a five inch long wood spiral, which the company refers to as the “Spire,” is added to each bottle to finish it. For Bourbon & Brew, each spire was soaked in cold brew coffee from the Delagua Farm in Columbia which was created by Oak & Eden in collaboration with West Oak Coffee out of Denton, Texas. Oak & Eden does not always disclose where they source their whiskeys from besides stating on their website that they use a “handful of carefully selected distilleries in America” and then go on to say “namely MGP." The bourbon used as the base for Bourbon & Brew was sourced from MGP.

The nose is noticeably astringent, with an almost tannic undertone that seems to permeate what are otherwise nice aromas. Faint yet inviting scents of port wine, chocolate, and roasting coffee beans try to fight their way through. While the possibility of greatness seems within reach, the overpowering astringency doesn’t allow the nose to reach its potential.

While the nose offers a mixed experience, this finished whiskey immediately shines as soon as you take a sip. Cocoa, caramel chews, graham cracker, tobacco, and port wine mingle together, with a noticeable nuttiness rounding things out. It’s akin to a very high proof caramel porter in its delivery, offering a fullness of flavor that’s surprisingly delicious, especially at only 90 proof.

Caramel porter notes taper out, with brown sugar sweetness and echoes of savory tobacco lingering. There is a noticeable lack of spice throughout the sip, and the finish proves to be more in line with the rich palate than the nose. Overall a very interesting and dynamic sip.

The base for Bourbon & Brew is a 2 year old MGP bourbon. While young bourbon has become quite prevalent, the combination of bourbon and coffee is not, and neither is including an oak spire right inside the bottle. Each spire included inside every bottle of Bourbon & Brew was soaked in cold brew coffee from the Delagua Farm in Columbia that was created by Oak & Eden in collaboration with West Oak Coffee out of Denton, Texas.

While purists will scowl and chalk this up as a gimmick, the end product proves otherwise making for a unique tasting product that’s quite unlike any other bourbons on my shelf. With that being said, the youthful notes of the 2 year old bourbon are noticeably detrimental to the potential of this combination, especially in the nose. It’s a great proof of concept, and makes me curious what the combination of a higher aged bourbon or spicy rye combined with coffee flavors might taste like.

There are plenty of non-distiller producer brands sourcing bourbon, and the age of that bourbon has trended younger as demand has increased. What matters is not the age, but what the company does next to differentiate their product. Is it a story, a fancy label, careful single barrel selection, meticulous blending, something more, or something less? In this case the unique concept of combining coffee with bourbon, and by delivering that union via an immersed wooden spire, makes Bourbon & Brew worthy of your attention. However, the premium price tag is also worth questioning, especially as this will be a polarizing flavor profile among consumers. Considering the onslaught of very similar flavor profiles among brands, Bourbon & Brew commands a higher price tag simply because its unique flavor profile delivers an interesting and dynamic sip that really stands out. These concepts, however, are easily replicated, so the key here was beating others to the punch. At $55, this unique limited release is worth exploring for anyone who appreciates finished whiskey with a twist and doesn’t mind a premium price tag.

Bourbon & Brew may be gimmicky on the surface, but in a sea of similar whiskeys, its unique bourbon and coffee bottle finishing concept and even more unique flavor profile stands out in today’s marketplace.

As is the case with many finished whiskeys, I expect Bourbon & Brew to be just as polarizing. Similar to the overly sweet notes found with Angel’s Envy Caribbean Rum Finished Rye, Bourbon & Brews coffee notes will certainly wow some and disgust others. Adding the oak spire directly to the bottle is definitely a risk, as the spire will continue to impart flavor over time, likely lending to variation in flavor from bottle to bottle and month to month. While an older base whiskey could have tapered some of the offputting notes found predominantly in the nose, I found the experience a welcome departure from the norm. Bourbon & Brew is definitely worth a shot if you’re in search of something different.

The sample used for this review was provided at no cost courtesy of Sanctified Spiritsp. We thank them for the sample and for allowing us to review it with no strings attached.

Buy Bourbon & Brew at Frootbat
‍The sample used for this review was provided to us at no cost courtesy its respective company. We thank them for allowing us to review it with no strings attached.
360 video 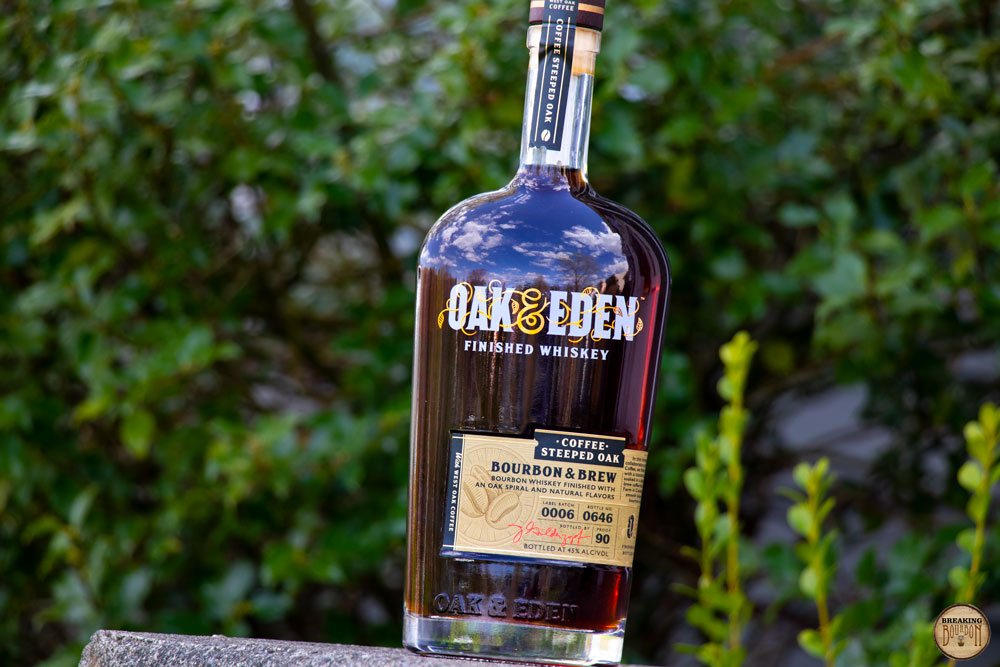 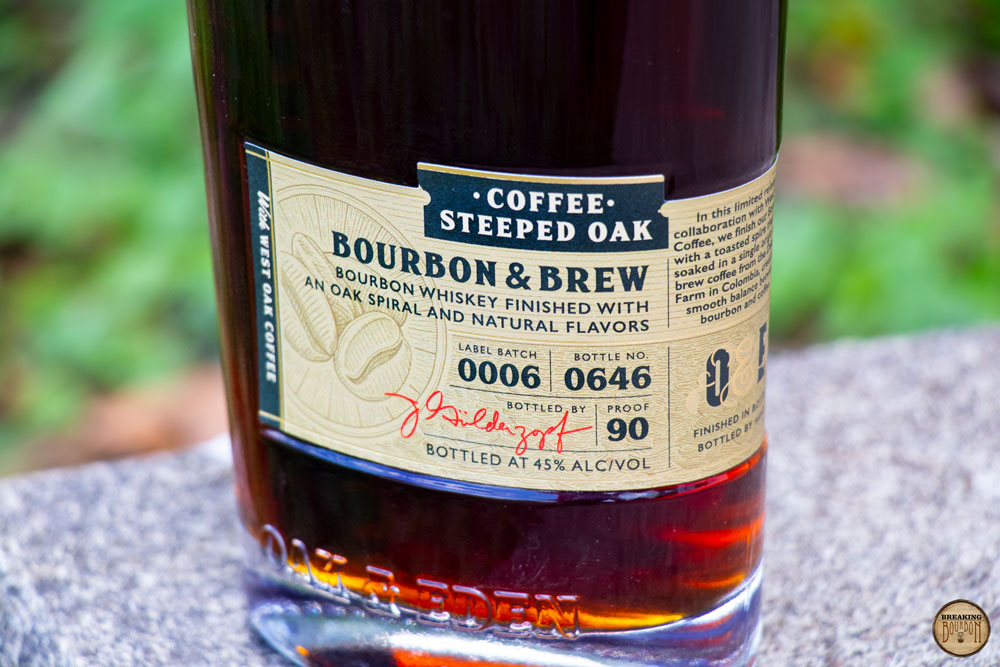 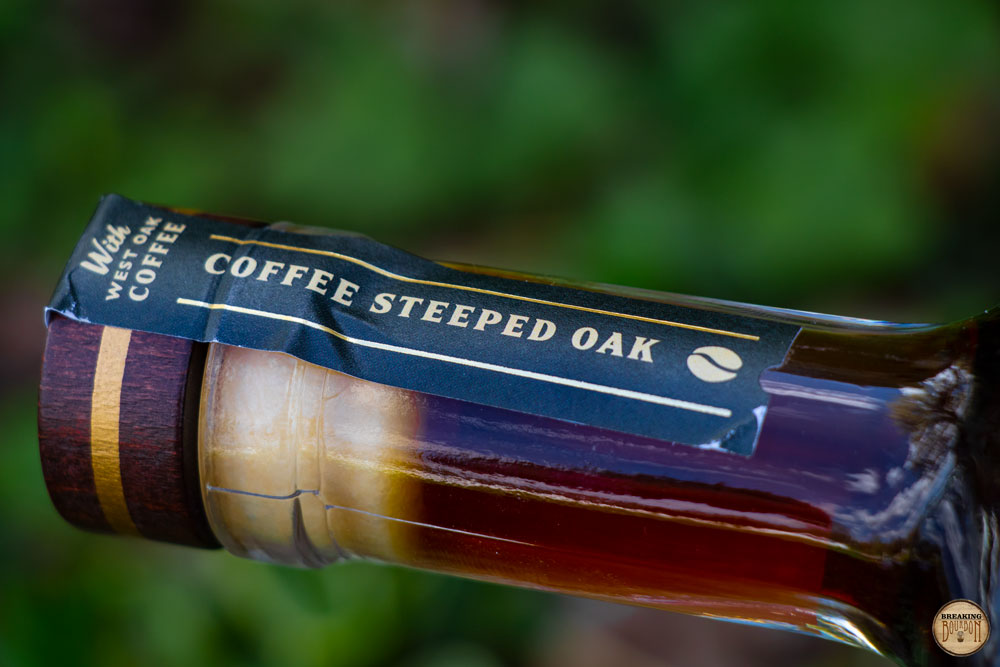 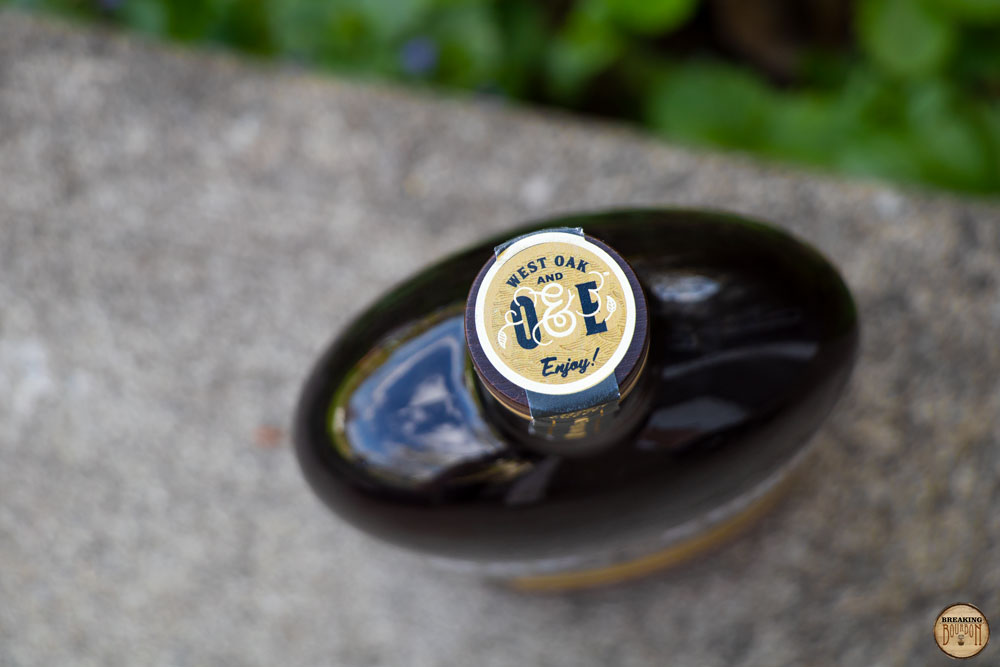