Blood Oath was started by John Rempe in 2014. His background in food science aided his career developing numerous soda and fruit drinks, along with Pearl Vodka and Rebel Yell with Luxco. Blood Oath was developed to showcase the art of blending and the name comes from only Rempe knowing the exact background and blending recipe of each release.

Decidedly fruit-forward, with ample oak providing balance. The aroma is gentle in nature, requiring a swirl of the glass for it to release its full potential. When it does, an enticing bouquet of sweet red fruit, cinnamon bun, and maple oak is unleashed. The scents all work extremely well together and form an aroma that is every bit as spellbinding as you’d hope a wine cask finished whiskey could be.

A flush of red fruit immerses you that’s equal measure sweet and savory. An oak front quickly moves in that does well to meld with the fruit-forwardness of the palate. Additional notes of peach cobbler, dark maple syrup, and rasines provide light complexity. It all comes together quite well, but is missing a needed degree of intensity. Its crowd-pleasing flavors lean more into being a gentle sipper than having a brute force impact.

A lot of the best parts of the palate carry over to the finish, and with some additional heat does well to enhance the flavors. The finish starts with mild tannic oak followed by a sudden pop of heat that brings with it some dry notes too. Then an injection of strong sweet raspberry comes roaring back, making for a pleasant surprise. As this rollercoaster finish comes to a close, the whiskey leaves you with a lingering dry oak aftertaste. As interesting as the experience is, it’s not overly gratifying, unfortunately. It works in spots and not in others, resulting in an aimless finish.

The Blood Oath brand started as a showcase to the skill of blending, as the company claimed with Pact No. 1, “[a] masterful union of well-bred bourbon.” There was a bit of eye-rolling at the time as blending was taking a backseat to the rise of single barrel and barrel proof bourbons in 2015. The brand has never deviated from its blending roots, but transitioned to showcasing their unique cask finishes more and more with every subsequent release. The brand was a notable early adopter of a toasted cask finish in 2018 and a rum cask finish in 2019, before more companies entered the market with their own versions of these in 2020 and 2021.

Amazingly, the price of Blood Oath has only increased $10 over the past seven years. During this time the brand has introduced many different types of cask finishing, many of which were uncommon types at the time of their release. Continuing at the brand’s current $100 price point, this year’s Pact follows a similar value proposition of previous releases. It’s price is never too overreaching, and does well to match the overall quality it offers. The needle never ventures too far in one direction offering a whiskey priced exactly what you’d expect it to be.

Blood Oath Pact No. 7 once again proves that bourbon and a Sauternes cask finish play well together, but nailing the finish isn’t always a guarantee.

Blood Oath continues to trudge along with every annual release, often hovering below the radar of many bourbon drinkers. With a decent availability and respectable pricing, the brand still has struggled to make a large splash in the market. But that’s also OK. It continues to do what it does year after year and maintains a satisfying quality level with every release. A respectable accomplishment for any brand.

However, those hoping Pact No. 7 might break that mold will be disappointed. This is a brand that doesn’t necessarily reach for the stars and instead focuses on a blend that brings with it degrees of sophistication and subtlety. Pact No. 7’s Sauternes finish isn’t blatantly in your face, and while it isn’t coy either, it instead gently enhances its base bourbon.

Overall, Blood Oath Pact No. 7 is much like other Blood Oath releases as it’s still a little rougher around the edges, particularly its finish. That is an area where the majority of wine cask finish producers struggle with, and that is true here too. It doesn’t completely derail the experience, but hinders it in some regards. Thankfully, the nose and palate do a lot of the heavy lifting and help elevate the whole drinking experience. Some will definitely find the finish too dry and slightly tannic, and will have a hard time looking past it, while others will give greater weight to the fruity sweetness on the palate. There is a lot to enjoy with Pact No. 7, and far less to dislike. Mileage will vary, but Blood Oath once again proves that it will continue to do what it does and it hopes you’re willing to go along with it for the ride.

Buy Blood Oath Pact No. 7 at Frootbat
‍The sample used for this review was provided to us at no cost courtesy its respective company. We thank them for allowing us to review it with no strings attached.
360 video 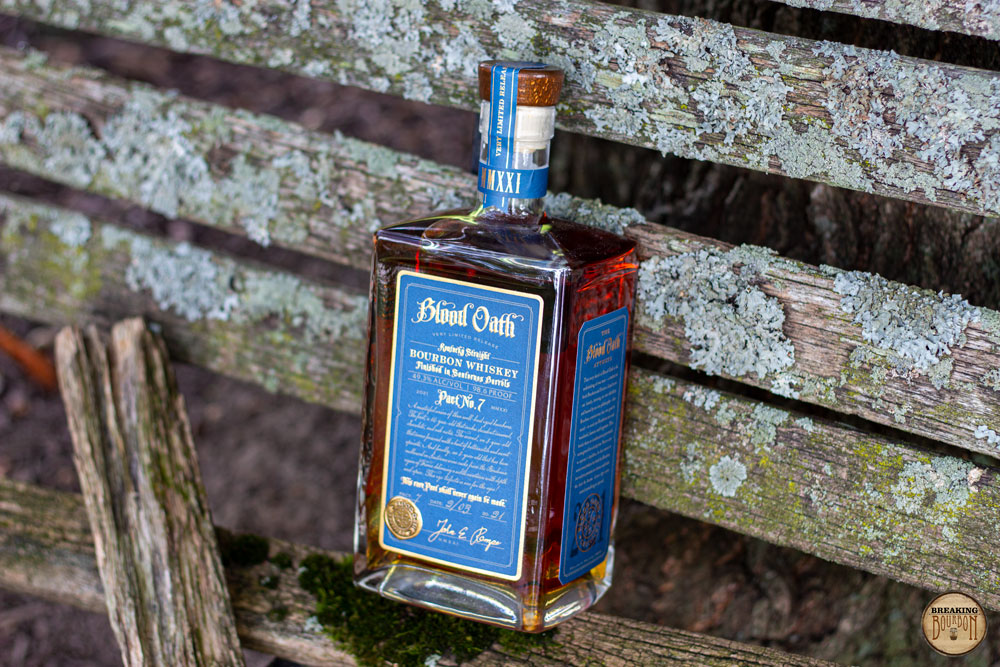 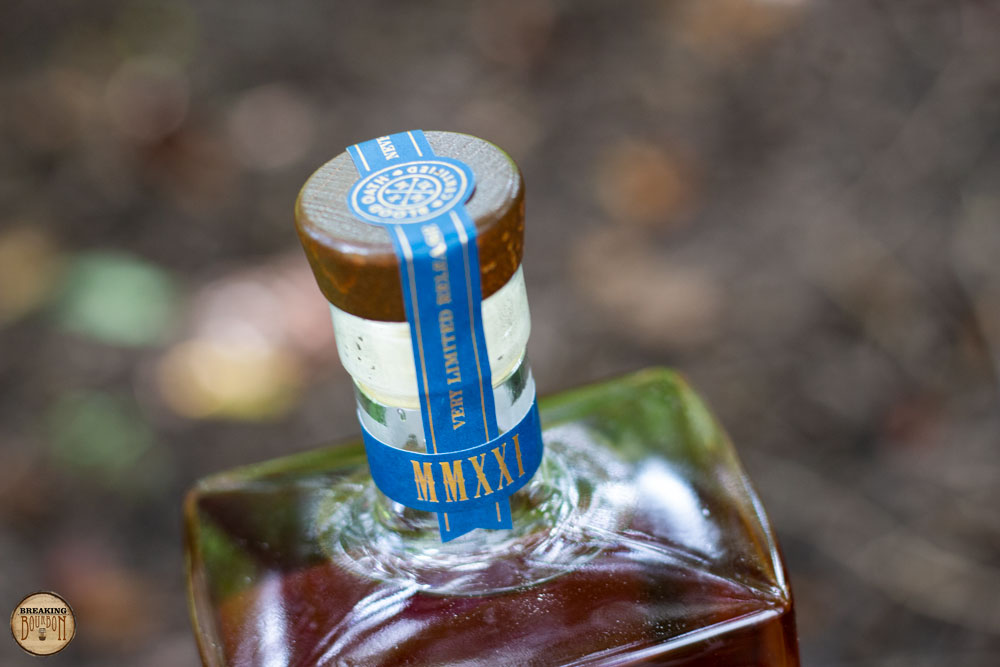 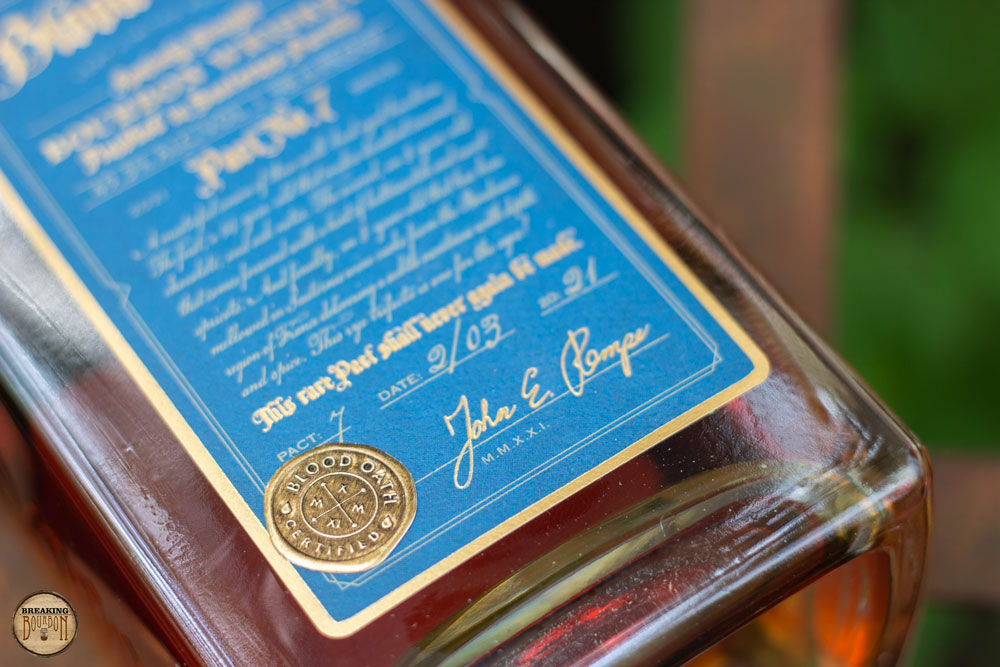 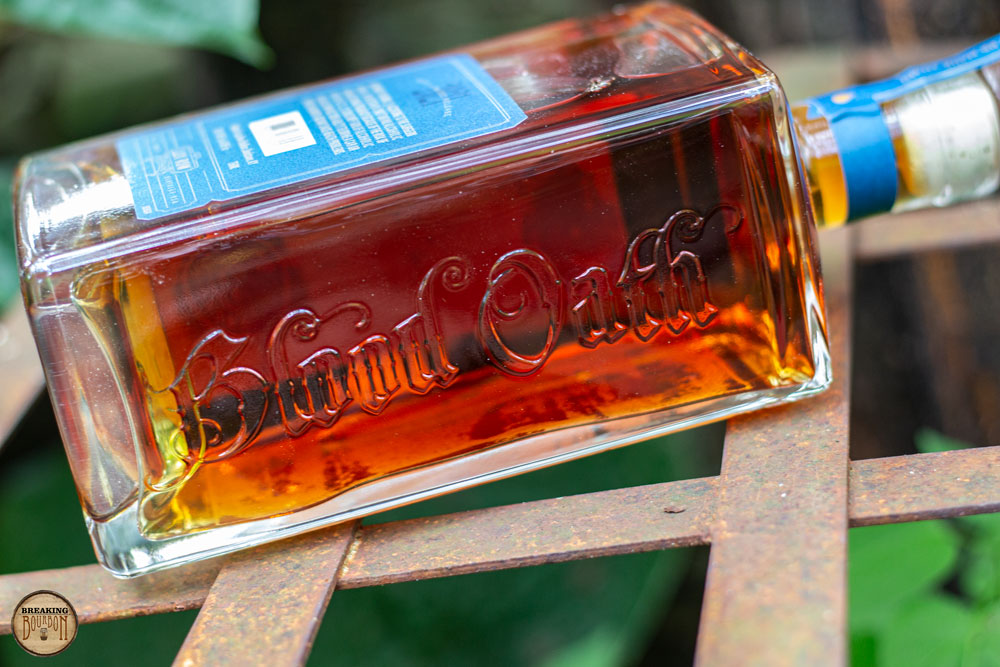