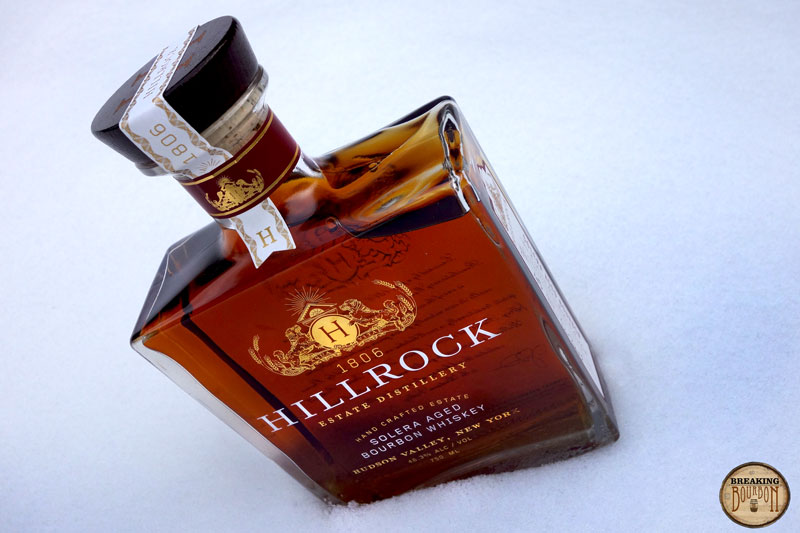 Hillrock Estate Distillery is a farm distillery with roots dating back to 1806, located in New York’s Hudson Valley approximately two hours north of New York City. Hillrock is the first company to offer solera aged bourbon beginning in October 2012, though other companies have followed suit with a handful of other solera aged bourbons currently available. Hillrock was founded by Jeffrey Baker and is collaborating with Master Distiller Dave Pickerell (formerly of Maker’s Mark).

From Hillrock’s website: “‘Solera’ - a stack of barrels where a small portion of whiskey is removed periodically and new whiskey is added. No barrel is ever fully emptied, and age and complexity gradually increase over time. Hillrock marries small barrel-aged Hillrock Estate Bourbon with mature seed bourbon before finishing in 20 year-old Oloroso Sherry casks to balance the flavors and add layers of complexity… Current average age of the Hillrock Solera Bourbon is over 6 years and the rye content is approximately 37%.”

The bottle in review is from Barrel No. 45.

Upfront I notice dark fruit, a hint of rye spice, and something floral. This is accompanied by the slightest tickle of alcohol on the nostrils. Overall it’s very light and sweet smelling, making for a nice, yet ever-so-subtle nose.

The palate is full-bodied, yet light and delicate at the same time. Ironically it seems boring on the surface, but take your time with it and it offers a good deal of depth and complexity. Its lack of burn allows me to roll it around in my mouth as long as I want to, coating my tongue and contemplating the flavors. The influence of the Oloroso Sherry casks is quite evident, with notes of sweet dark fruits taking the forefront. Most prominent are cherries, candied raisins, and a bit of something else sweet, dried apricots maybe. Underneath I notice more typical bourbon flavors - vanilla, caramel, rye spice, burnt brown sugar, and just a tiny bit of seasoned oak. It has a bit of an herbal/floral quality to it as well. Rolling it around in my mouth I notice other subtle elements that I can’t quite put my finger on.

Crisp and clean, with a bit of rye spice popping at the onset. As it fades the taste of sweet cherries balances nicely with seasoned oak and plums. It’s short to medium length, but what’s present is pleasing.

The solera aging process is nothing new, though Hillrock is the first to apply it to the production of bourbon. You might wonder how they got around the strict requirements to label this bourbon, as bourbon has to be aged in new charred oak containers, among other requirements. Unless they’ve figured out a more creative workaround, the new distillate would have to enter new charred oak barrels first, however since this is not labelled “straight bourbon” the time spent in these barrels could be relatively short. From there the process gets even more complicated; according to a Whisky Advocate post, Hillrock uses seven different barrel sizes, and as for the the source of the older stock - “don’t bother asking; they weren’t talking.”

When a unique curation process is involved I always hope for a unique flavor profile. Hillrock delivers one here, albeit in a very subtle way. I’ve read a range of other reviews of this bourbon and it seems that its flavor profile has been a mutation since first released in 2012. Because the solera blend changes over time, the average age and underlying flavor characteristics of the blend change as well. Presumably, the percentage of older sourced bourbon has diminished over time, being replaced with a higher percentage of Hillrock’s farm-to-bottle distillate unless additional sourced bourbon has been re-introduced at some point (which is unknown).

Over time, the solera process is intended to yield a consistent final product, marrying the characteristics of young and old while also diminishing the impact of the occasional batch that doesn’t quite fit the desired flavor profile... all while asymptotically converging on a higher average age. In other words, if they stick to the same solera aging process long enough, though the average age continues to increase, these incremental increases eventually become so small that they reach a point where the change in average age is relatively insignificant from batch to batch. Because the average age cannot be measured precisely it has to be estimated, with Hillrock estimating theirs at around six years (currently).

I’ve gazed longingly at this bourbon on the liquor store shelf for a few years now. I’ve picked up the beautifully heavy bottle and felt its weight in my hands, contemplating the nearly one hundred dollars I would have to trade to make it my own. But I’ve always returned it to the shelf. Something about an always available, potentially disappointing craft bourbon at this price, even with its unique aging process, has kept me from physically carrying it up to the cash register and doing the deed. The bottle in review: A Christmas gift.

Fortunately it hasn’t disappointed me. Much like my experience with Sazerac 18 Year Rye, I’ve found this whiskey to be one that requires a bit of focus when sipping along with a more experienced palate to fully appreciate. It’s delicate, layered, and quite subtle in its delivery. As a result, it’s one of those whiskeys whose wonderful subtleties might be easily drowned out within a flight of more robust whiskeys or alongside a spread of food. Moreover, this shouldn’t be one of your first purchases - I’d suggest experiencing a wide range of other bourbons before forking over almost a Benjamin for this one.

Because this bourbon is so expensive, it’s also easily obtainable. Hillrock operates on a small scale with what seems to be a focus on quality versus quantity and the process of solera aging is certainly more involved than a typical aging process. Whatever they’re doing must be working, because while I plan to consume this sparingly, for me it passes the ultimate test - when this bottle is finished, I’ll be buying another.

Hillrock Estate Distillery Solera Aged Bourbon is a wonderfully complex yet delicate bourbon that offers a rich experience in every aspect of its delivery, including its price tag.

While Hillrock is no longer the only company offering a solera aged bourbon, it is still one of the few and will always be the original. What’s in the bottle is quite good, offering a delicate and complex, yet incredibly subtle bourbon that will be enjoyable for more experienced enthusiasts willing to take their time with it. At $90, it’s unlikely to become anyone’s daily drinker, though I doubt those who can appreciate a subtle, yet complex bourbon and who are willing to spend this amount of money on something a little different would regret the purchase. As their solera matures through many more years of permutations, I can only imagine the resulting bourbon will become even better.

Find Hillrock Estate Solera Aged Bourbon at Frootbat
‍The sample used for this review was provided to us at no cost courtesy its respective company. We thank them for allowing us to review it with no strings attached.
360 video 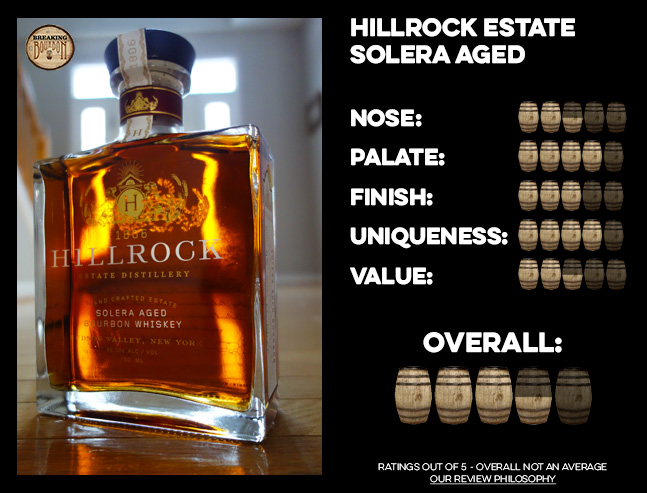 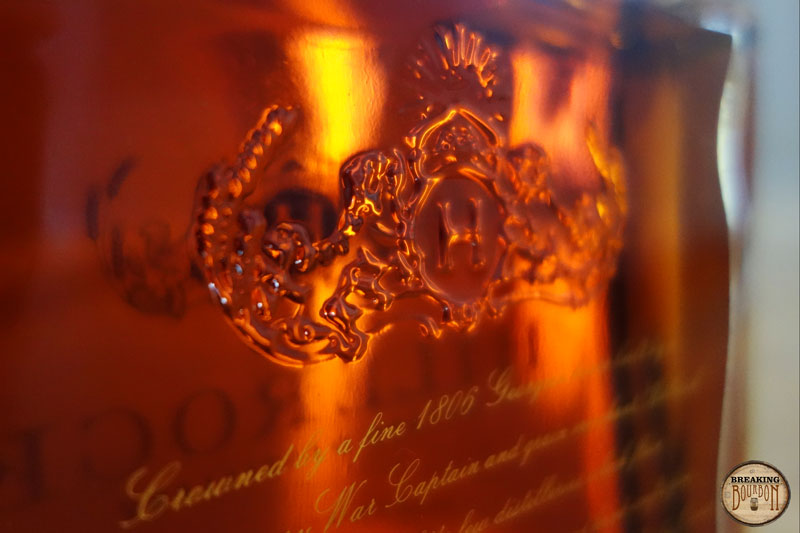 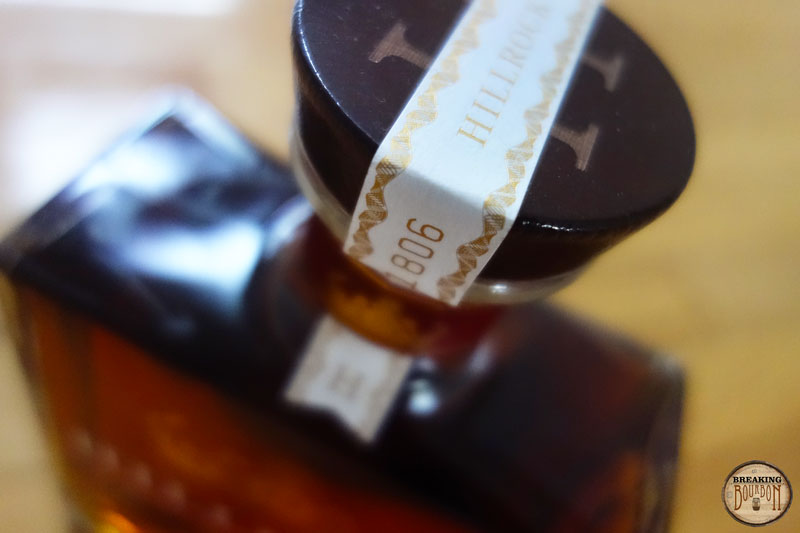 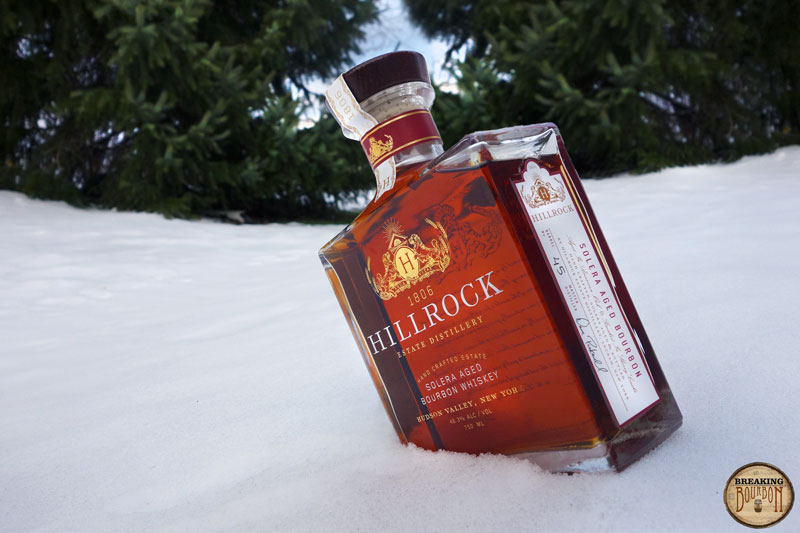 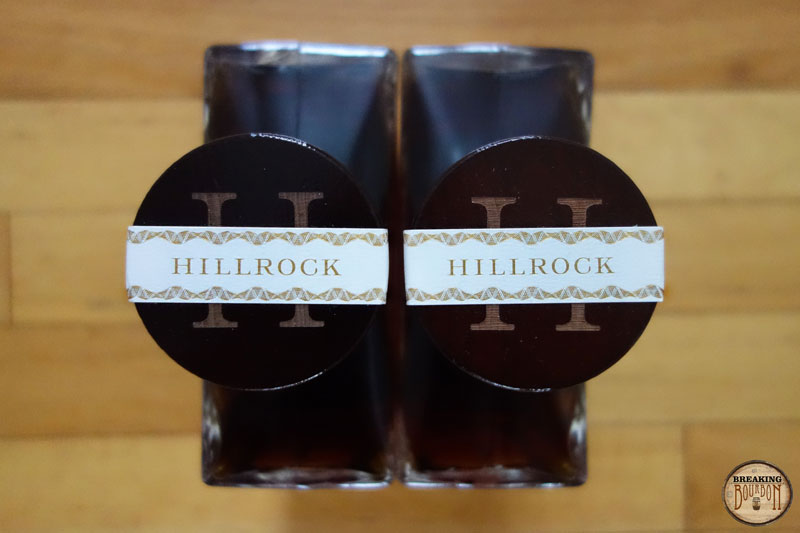