Age: NAS (According to the company’s website aged between 5-8 years, and then finished for an additional 2-14 weeks in each cask type)

Blackened began as a project between the metal band Metallica and renowned master distiller, blender, and chemical engineer, Dave Pickerell. Pickerell passed away just after the launch of Blackened in 2019. Former head distiller of Stranahan’s, Rob Dietrich, has since taken over the role as Blackened’s master distiller.

‍‍Blackened Rye The Lightning is bottled with a green versus black screen printed label, with the text “RYE THE LIGHTNING” appearing very subtly on the back, neck of the bottle. According to the company’s website, “BLACKENED Kentucky Straight Rye Double Cask Finished Whiskey, aptly dubbed RYE THE LIGHTNING™, is the latest limited release from BLACKENED® American Whiskey. Inspired by Metallica’s 6x platinum sophomore album, Ride the Lightning, this expression was double cask finished to its own unique playlist which is blasted to the barrels using BLACKENED’s proprietary BLACK NOISE™ sonic enhancement process.”

Subtle but complex, this finished rye has a lot going on but it’s not immediately apparent. Upfront fig, pear, and molasses present a welcome introduction. They’re joined by light rye spice, raison, and a hint of anise. The overall lightness of the aroma makes it a bit less satisfying than it seems otherwise capable of, but it’s enjoyable nonetheless.

The whiskey intensifies on the palate. Burnt brown sugar mixes with rich rum cake at the onset, followed by a cinnamon spice and toasted oak. There’s a slight nuttiness underneath, along with hints of raisin and dark fruit that are accented by a very light citrus note. The sip is delivered with a heaviness that’s greater than expected for the proof. The palate is equally as complex as the nose, and manages to muster greater intensity, delivering a more rich experience that’s very tasty overall.

Slight heat integrates with more robust rye spice. Hazelnut, brown sugar, and light seasoned oak come into play, complementing the spicy crescendo. The finish is medium to long, putting a cap on a nicely balanced, well integrated, and surprisingly complex sip that’s a bit shy about what it has to offer, but still satisfying.

Blackened has been releasing whiskeys since 2018. At the time their Black Noise sonic enhancement process immediately sounded gimmicky, but now four years later they have proven that even if you give no credit to this process (or just chalk it up as marketing), the company has proven themselves capable of deserving your attention simply for the fact that they have produced a number of quality whiskeys. And if you believe the process adds value, whether to the whiskey or just the marketing, the fact that Metallica is behind the brand certainly integrates well with the concept.

For this specific limited release, master distiller Rob Dietrich combined Kentucky straight rye whiskeys ranging in age from five to eight years from an undisclosed source, finished them in ex-Madeira casks, and then finished them again in ex-rum casks, possibly taking inspiration from Barrell Seagrass. The sonic enhancement process was applied during the rum cask finish, which means if anything it essentially sped up the rum finishing process. That is if you buy into the idea that vibrations from the sound caused the rye to interact more rapidly with the rum barrels.

I personally tend to believe the sonic enhancement process most likely has a very small but mostly unnoticeable impact on the whiskey (this opinion is formed without any proof as I don’t have access to their data, and have not tasted their whiskey without the process imposed to it), but instead is applied primarily for its marketing value. Incidentally, I don’t take any issue with that and even like the idea that one of my favorite heavy metal bands has a whiskey brand that they’ve managed to put their own unique spin on, even if it does seem a bit gimmicky. It’s ultimately the quality of the whiskey that matters, and the fact that the Blackened brand seems to have a ton of respect for quality whiskey is really what seals the deal, giving them some leeway with what could be considered gimmicky marketing.

Blackened Rye The Lightning marries what seems to be a quality base rye blend with well integrated cask finishes that add depth and dimension. It’s subtle overall, not overdoing the finishes but also enough that each brings with it additional flavors. Notably the flavors complement each other nicely, with rye, fruit, nuttiness, and subtle rum sweetness all flowing in the same direction.

At $70, Rye The Lightning is about $25 more than the brand’s standard release. Coming in at the same proof, it’s implied that the value is driven by the fact that it started as a straight rye (before finishing), it was double cask finished, and it’s a limited edition. In contrast, the Cask Strength Limited Edition came in at a suggested MSRP of less than $60, making it either seem like a tremendous value or Rye The Lightning seeming a bit high. The limited edition Blackened X Willett Cask Strength release might be the closest example, though it was cask strength and bore the Willett name, it came in quite a bit higher at $140. Considering the range and changing economics of whiskey (it’s all getting more expensive, in case you haven’t noticed), $70 for this double cask finished rye is in line with Blackened’s previous releases.

While Rye The Lightning is a whiskey that offers an above average value, there are plenty of others whiskeys in the same price range that are reasonably accessible and offer similar value - many Penelope Bourbon releases, Barrell Bourbon batch releases (MSRP $90 but often found for less), MGP single barrel releases marketed under a variety of the labels, and so on. Rye The Lightning does offer a complex and enjoyable sip that will expand the range of most whiskey collections. It’s not going to knock your socks off with proof, but instead offers a subtle array of expansive flavors that require some attention to appreciate.

Double cask finished first in ex-Madeira casks followed by ex-rum casks, Blackened “Rye The Lightning” offers a complex yet subtle sip that will flash before your eyes.

Blackened’s sonic enhancement process aside, you have to admit the company continues to release interesting whiskeys that are priced within reason. They got my attention early on with some of their initial batches, and since then have proven that they are serious about good whiskey despite what could be chalked up as otherwise gimmicky marketing. Rye The Lightning is another example of an interesting finished whiskey, curated by Rob Dietrich and released at a proof that will appeal to the masses. I would love to taste this at a higher proof (and hope a cask strength version is coming), but in the meantime, this edition is quite satisfying, striking a nice balance between price, complexity, and crowd pleasing intensity.

Buy Blackened Rye The Lightning at Frootbat
‍The sample used for this review was provided to us at no cost courtesy its respective company. We thank them for allowing us to review it with no strings attached.
360 video 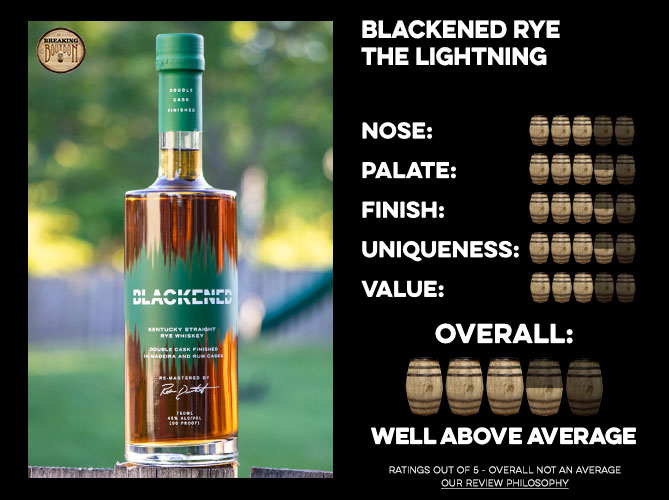 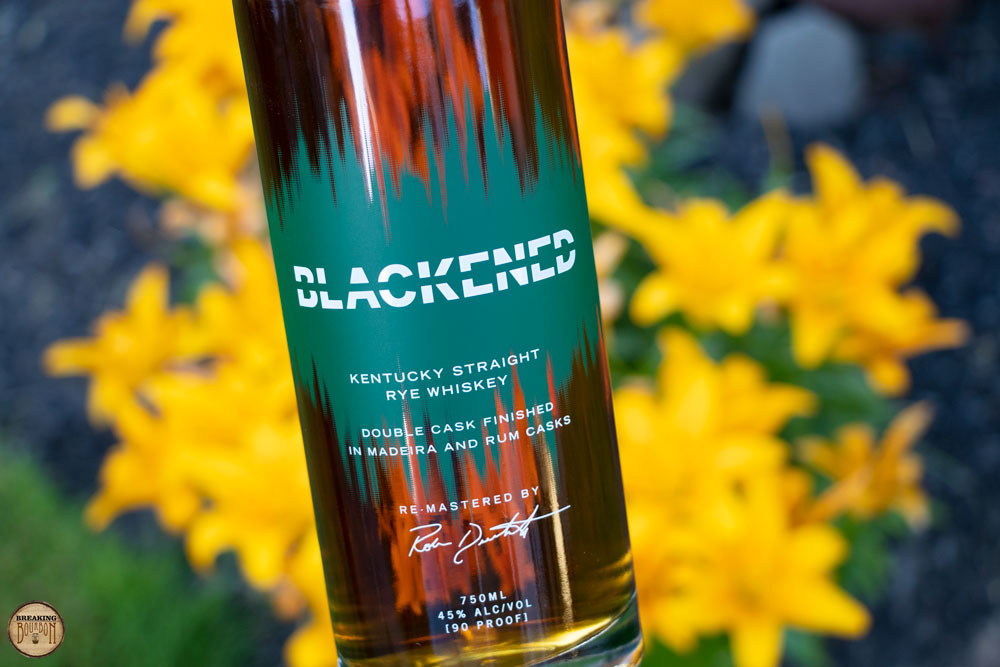 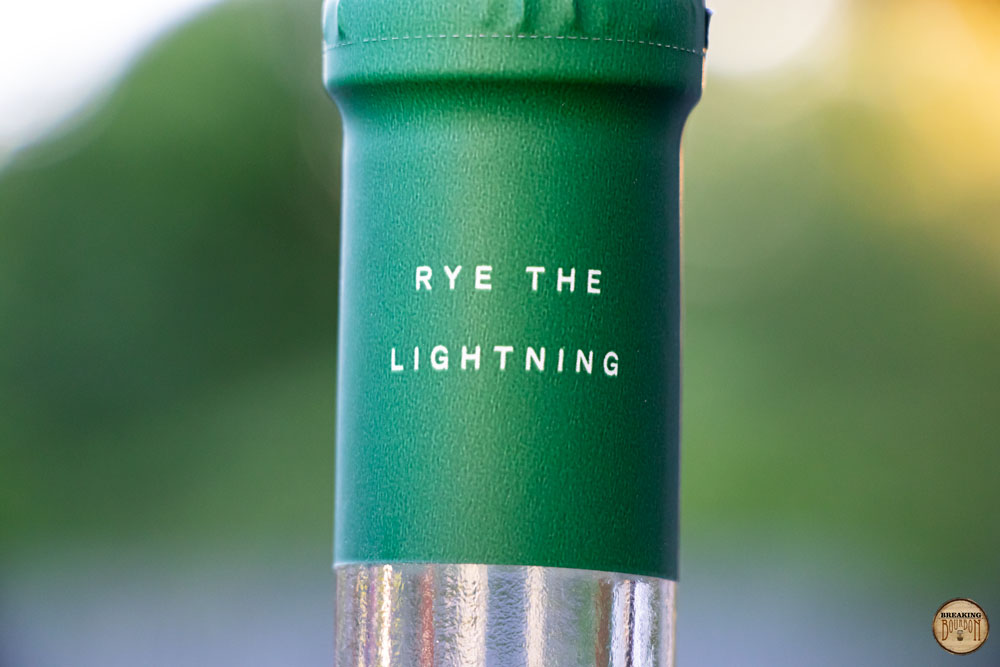 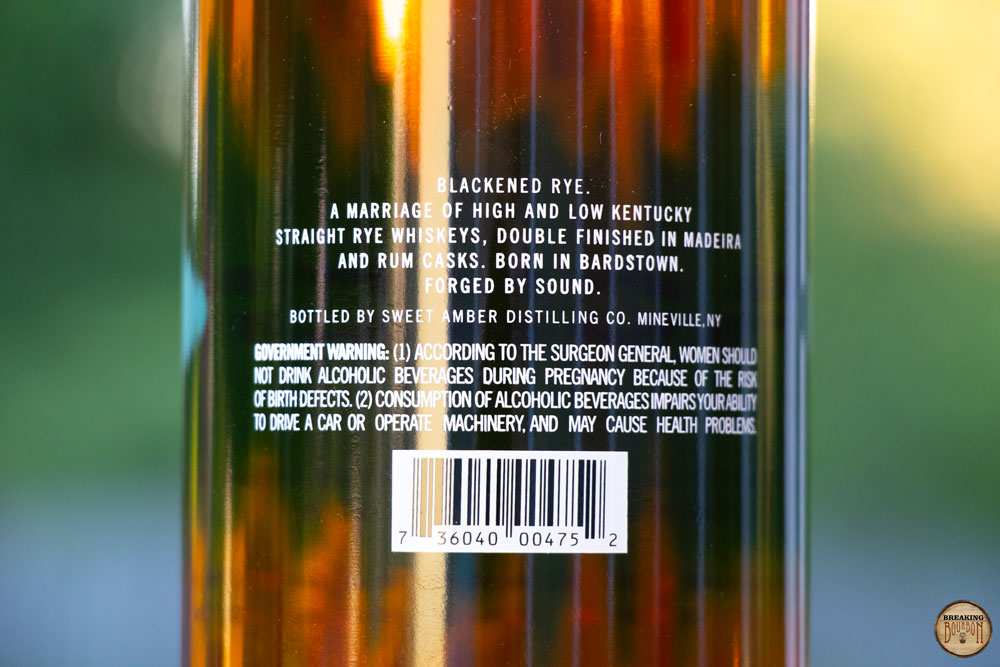 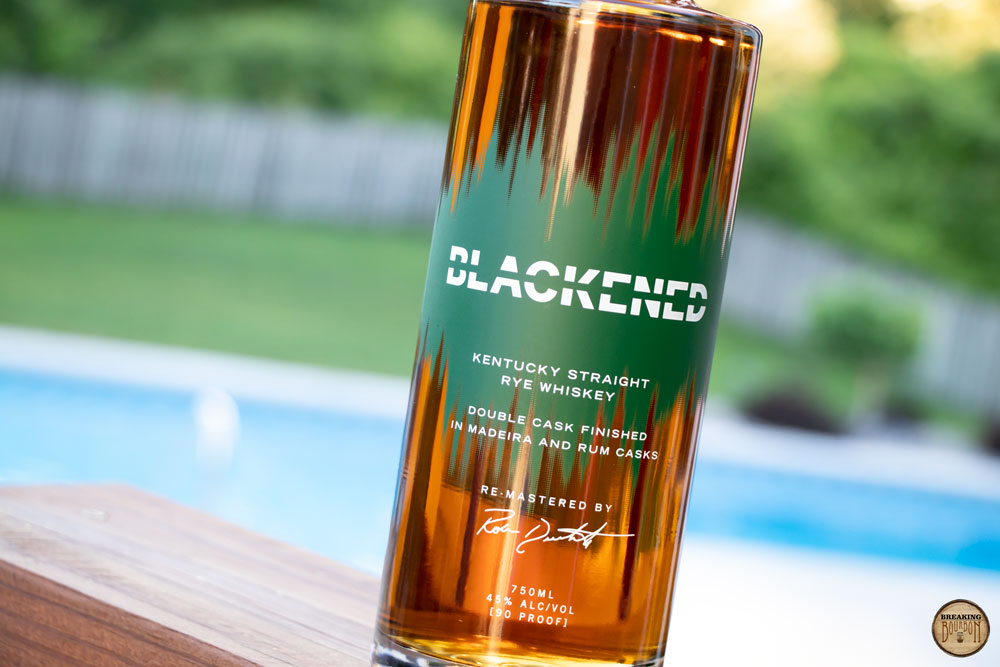