Ben Holladay was born in Kentucky in 1819 and moved to Weston, Missouri as a teenager. There he built a transportation empire that included steamboats, streetcars, railroad, and a stagecoach line which he eventually sold to Wells Fargo. By the late 1800s, he was the largest individual employer in the U.S.

‍‍In 1856, Ben and his brother David distilled their first batch of bourbon under the name Blue Spring Distillery. A year later, Ben transferred ownership to his brother and ownership stayed in the family until the end of the century. In the 1900s, ownership changed three more times, before being acquired by the current owner, McCormick Distilling Company. In 2015, the distillery underwent a $10 million renovation and the company began distilling bourbon on-site for the first time in 30 years, while bringing back the Holladay namesake.

‍‍Ben Holladay Bottled in Bond Missouri Straight Bourbon Batch 1 consists of 100 barrels, 21 from floor 1, and 79 from floor 5, which were aged in the company's largest warehouse, warehouse C. ‍

‍Ben Holladay Bottled in Bond Missouri Straight Bourbon is called a Missouri bourbon, though no such classification exists with the Federal TTB. According to Missouri law, to be labeled a “Missouri Bourbon,” the bourbon must meet the federal bourbon standards and additionally, must be made with corn grown in Missouri, and also be mashed, fermented, distilled, aged, and bottled in the state.

An abundance of dark caramel and leather scents quite forward, pushing with gusto out of the glass. Dry cinnamon, baking spice, and wet stone follow, producing an aroma with weight. A touch of grain counters this spice, but struggles to dramatically brighten the aroma. It’s overall spice-heavy, lacking much sweetness giving the aroma a certain stinginess at times. Grounded and surprisingly dark and rich for its age, the nose struggles at times despite a respectable attempt.

A thick mouthfeel immediately makes its mark with ample spice and dry tannic oak. They’re joined by leather, dark stone fruit, and fig. It forgoes depth for impact, with noteworthy intensity. The palate’s chewy mouthfeel is the star, carrying its dark rich flavor profile well and offering it in a memorable way.

With every state now featuring at least one whiskey distillery, a non-Kentucky origin has less of an immediate wow factor nowadays. Yet, when a new release pops up from a state that doesn’t typically see many new releases (at least on a wide scale), it's noteworthy. While Ben Holladay isn’t an estate distillery, that doesn't mean it doesn’t offer something inherently Missouri at its core. While not an official designation of the TTB, labeled as a Missouri bourbon by the state of Missouri helps communicate this is a unique product of a specific part of the country.

Ben Holladay Distillery is located just 537 miles slightly Northwest of Louisville, Kentucky, where the climate is quite similar. The summers are just as hot and the winters slightly colder. Both states sit on an abundance of limestone which produces naturally filtered water. Yet, Ben Holladay Bourbon tastes uniquely its own. Displaying a barrel selection chart on the side of the bottle’s label, the percentages of how much bourbon came from which warehouse floors are conveyed. While not revolutionary, it's a nice touch that shows off their attention to detail and gives each batch a more hands-on feel.

The true standout trait of Ben Holliday Bourbon Batch 1 though, is its chewy mouthfeel which carries its dark flavor profile effectively. A lot of this is due to its age. Releasing a 6 year old bottled in bond bourbon as a company’s first product is a bold and uncommon practice. The result is a whiskey that immediately makes an impact and thrusts itself into the conversation with other bottled in bond whiskeys, many of which don’t even feature such an age statement.

The $50-$60 range has become the standard for many non-barrel proof whiskeys and Ben Holladay follows right along with that trend. With the added curiosity that comes from a new bourbon from Missouri, and its bottled in bond destination - which surprisingly sports a 6 year old age statement - Ben Holladay makes a strong case for its asking price. With its noteworthy mouthfeel and uncommon dark flavor profile, Ben Holladay isn’t yet another run-of-the-mill bourbon from a “young” distillery. With that it offers more than enough value to justify its price especially against many other distillery’s first time releases in its price range.

Born in Missouri from a storied distillery, Ben Holladay returns to the market sporting a 6 year old age statement and unique flavor profile, and immediately makes an impact.

It’s great to see new bourbon from states you don’t typically associate with whiskey. As the bourbon’s standout trait, I’d love to see Ben Holladay Distillery maintain its chewy mouthfeel going forward, and ultimately become a trademark for the brand. Of course this is easier said than done, as mouthfeel is difficult to replicate on a consistent basis. That’s not to say Ben Holladay Missouri Straight Bourbon doesn’t get a lot else right out of the gate. This is an impressive first release by a new brand and is a showcase in what craft distilleries have to offer. I’ll be keeping an eye on how this whiskey matures and how the company fine-tunes it over the next few years. For the here and now, it's a well made whiskey that you don’t have to wait for it to get better. It’s already beginning at a great place.

Buy Ben Holladay Bottled in Bond Missouri Straight Bourbon (Batch 1) at Frootbat
‍The sample used for this review was provided to us at no cost courtesy its respective company. We thank them for allowing us to review it with no strings attached.
360 video 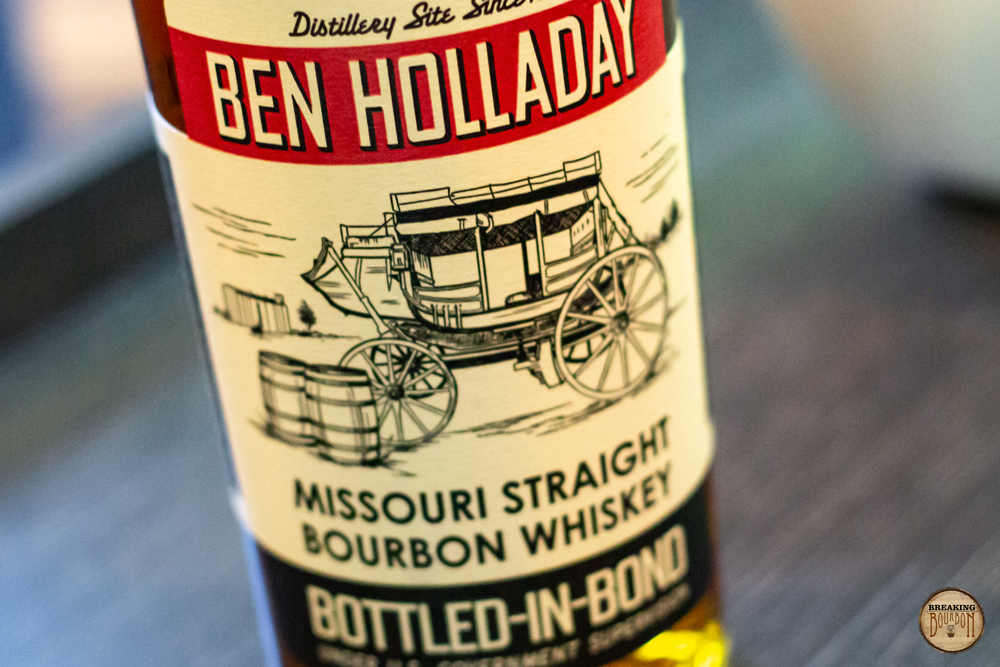 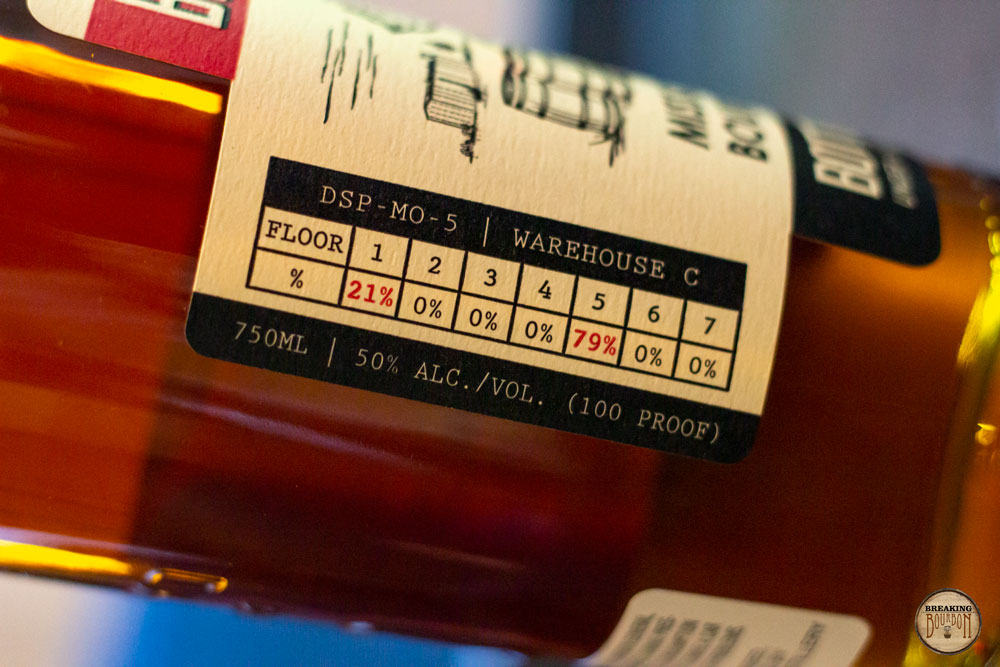 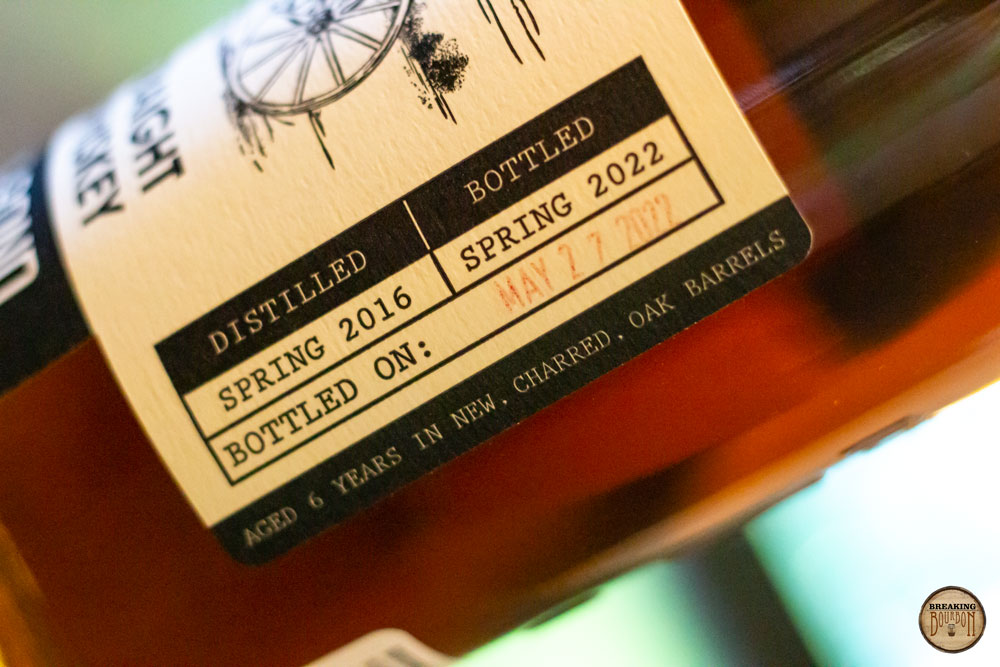 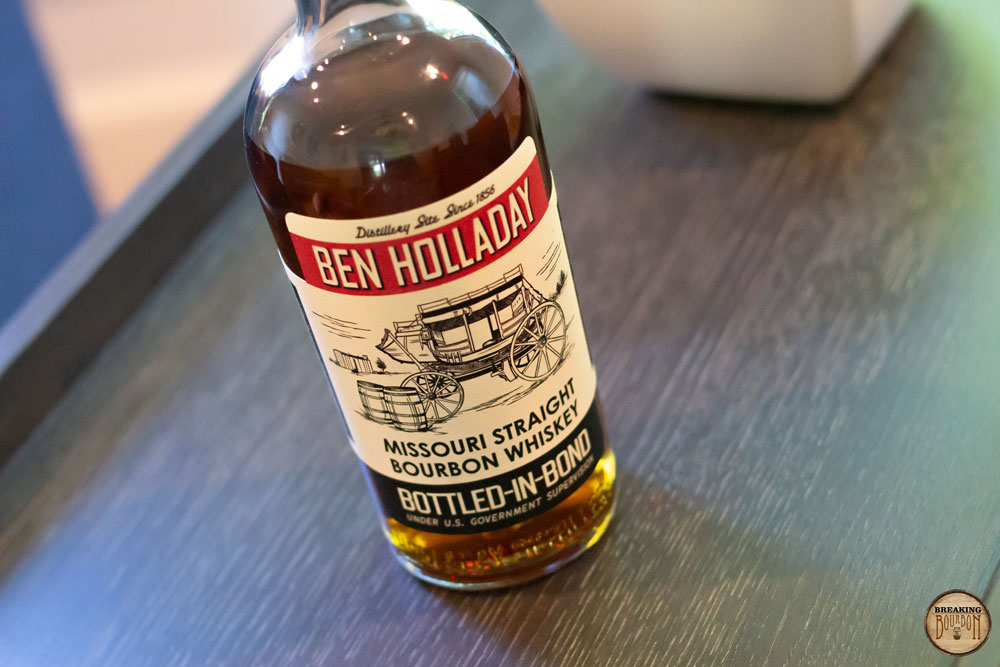