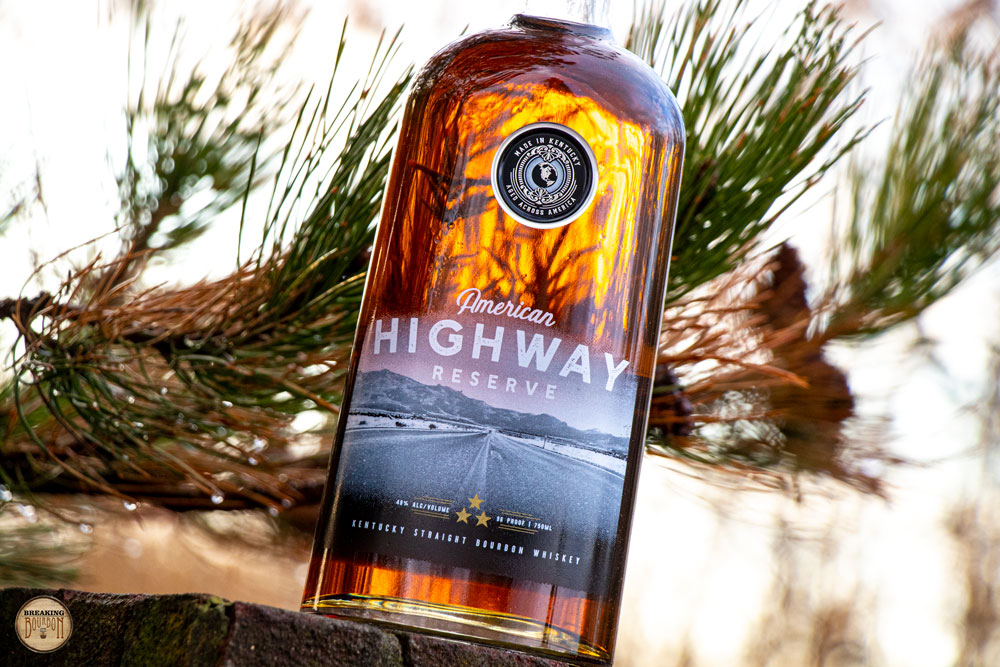 American Highway Reserve was created by Brad Paisley, an American country music singer and songwriter. The initial batch includes bourbon from the 90 barrels that were placed on a 53 foot semi-trailer nicknamed the “Rolling Rickhouse” and driven around the United States to age as part of Paisley’s 2019 tour. The barrels traveled a total of 7,314 miles, journeying from coast to coast and passing through a total of 25 states, at an average temperature of 93.5 degrees. From there, Paisley worked closely with Bardstown Bourbon Company to create the final blend which consisted of 3 year, 13 year, and 15 year barrels to make the initial batch, which yielded a total of 30,000 bottles. The bottles are available in markets that include AL, CA, CO, DC, DE, FL, GA, IL, IN, KY, MD, MI, MS, NC, NV, NY, OH, TN, TX, WI, WV, and sold online through Seelbach’s.

Lightly toasted oak combines with apricot and sweet caramel. Rye spice comes forward slightly, but is overshadowed by the sweeter scents. The overall composition is light and straightforward, which neither detracts from or enhances the sipping experience.

Where the nose lacks intensity, the palate makes up for it. A rush of caramel chews, toffee, Milky Way bar, and vanilla cream come forward, accented by a wave of rye spice. A smattering of leather, aged oak, and pipe tobacco echo in the background, contributing a welcome depth to a medium bodied and nicely integrated array of flavors. The bourbon really shines here, and finds a level of intensity that will please a wide range of bourbon drinkers.

The sweeter flavors found in the palate taper off first, revealing savory leather, peppery oak, and pretzel bun behind. Slight rye spice moves in, and the finish lingers for a nice amount of time. It’s an enjoyable end to the sip, finding a midpoint between the softness of the nose and more intense palate. What it lacks in intensity, it makes up for with a high degree of refinement.

American Highway Reserve claims to have the title of “first bourbon to be aged on the road” in this fashion. However, a close comparison can be found in WhistlePig’s Roadstock Rye, a rye that underwent a 6,000 mile journey from coast to coast with a few stops along the way. Unlike Roadstock Rye, not all of American Highway Reserves barrels were aged on the road, with only about a quarter of the blend coming from the road-aged barrels and the remainder being added after the journey with the assistance of Bardstown Bourbon Company. American Highway Reserve also falls into the celebrity category, which typically brings with it both popularity and criticism. In this case, the concept of the barrels traveling with Brad Paisley as he toured the country performing adds more credibility to the equation - the story the whiskey tells aligns very closely with the celebrity telling it.

In addition to highway aging, this bourbon turns out to be a somewhat unusual blend combining two 3 year old bourbons with a 13 year old and a 15 year old, for a resulting mix that is just over one half young and just under one half old with extremes at each end. Reminiscent of High West’s Rendezvous Rye and Double Rye old-young blends, the bourbon comes together to form an end product that tastes neither young or old, blending out whatever young flavors might have been present but with that the flavors typically associated with an older, oakier bourbon are blended out as well. On one hand, the end result is very well crafted and nicely balanced, but on the other hand it lacks a certain “punch” of character that might make it have a more memorable flavor profile. Its 96 proofpoint also plays a role in this, and leads me to the conclusion that American Highway Reserve was constructed to appeal to the masses, offering a manageable proof, refined sip, and resulting bourbon that most would enjoy.

Like Roadstock Rye, American Highway Reserve’s journey deserves a hand of acknowledgement. Sure it’s gimmicky, but at the same time offers a non-traditional barrel aging condition that likely contributes to the flavor profile and takes more effort than loading the barrels up in a building to age. Not all of the barrels were aged on the road though, which means a bit less cost than you might initially assume. At the same time, inclusion of a relatively high percentage of 13 and 15 year old barrels brings additional value into the mix. Combined with a crowd-pleasing flavor profile and one-off batch (for the time being), it’s priced a bit higher than I expected it to be initially. But after reading more about the creation process and the inclusion of the older bourbons, I can see why it’s priced where it is, which is fair when all aspects are considered.

Starting with a bourbon that traveled over 7,000 miles around the country with Brad Paisley on tour, his blend of 3, 13, and 15 year old barrels in collaboration with Bardstown Bourbon Company tells a story that’s backed up by a well-crafted bourbon.

As more bourbons come to market, it’s understandable that distillers and producers will continue trying new things. Some of them will appear more gimmicky than others, but thankfully it’s a risk many are willing to take. I give Paisley and the folks and Bardstown Bourbon Company credit for a unique hands-on collaboration concept that helps share Paisley’s story creating it. While the flavor profile doesn't specifically showcase anything about the aging process, the end product is a nicely refined bourbon that just about anyone can enjoy. Above everything else, what bourbons like American Highway Reserve seem to be very good at is capturing the interest of new prospective bourbon enthusiasts, or at least people who otherwise may not have given bourbon a second thought. I know this to be true of Jefferson’s Ocean Aged at Sea (a bourbon that results from a unique at-sea aging process), and American Highway Reserve shares the same basic tenets. Combine this with the fact that the bourbon itself is really good, and this is one celebrity bourbon I can get behind.

Buy American Highway Reserve Bourbon (Batch One) at Frootbat
‍The sample used for this review was provided to us at no cost courtesy its respective company. We thank them for allowing us to review it with no strings attached.
360 video 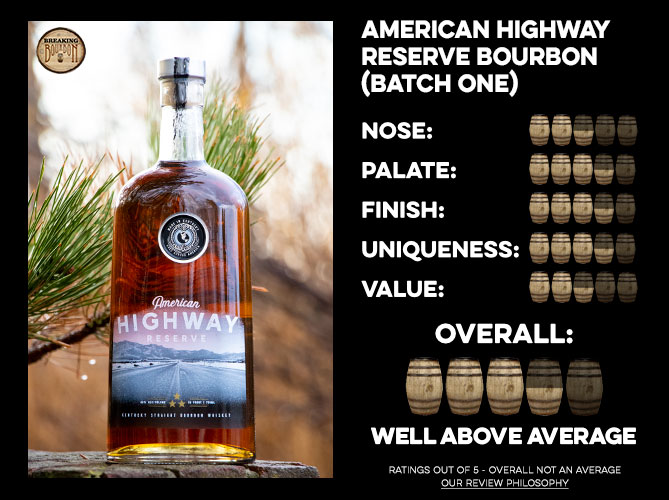 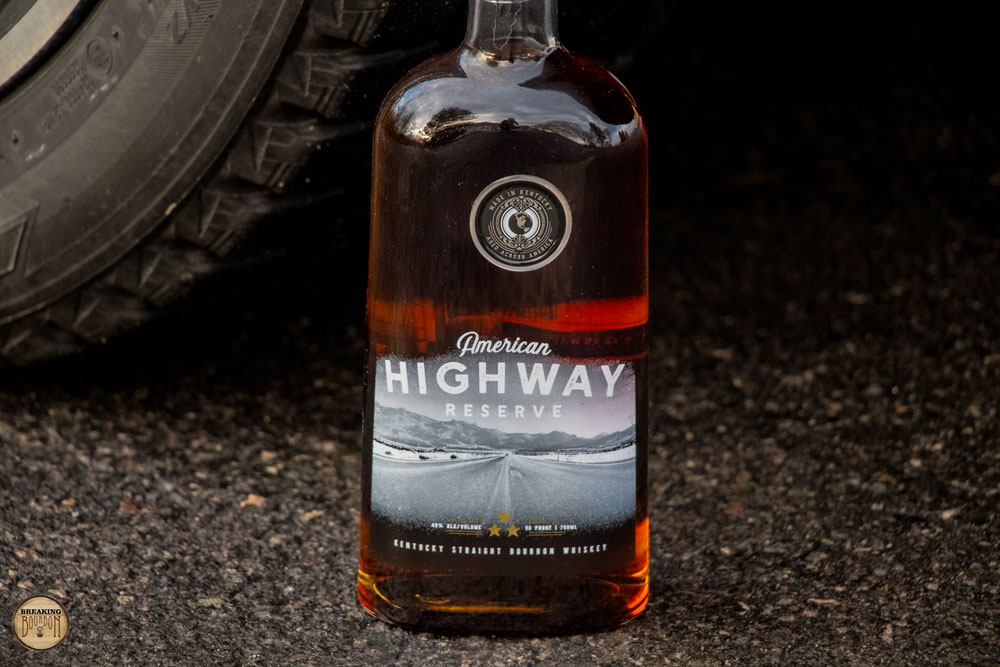 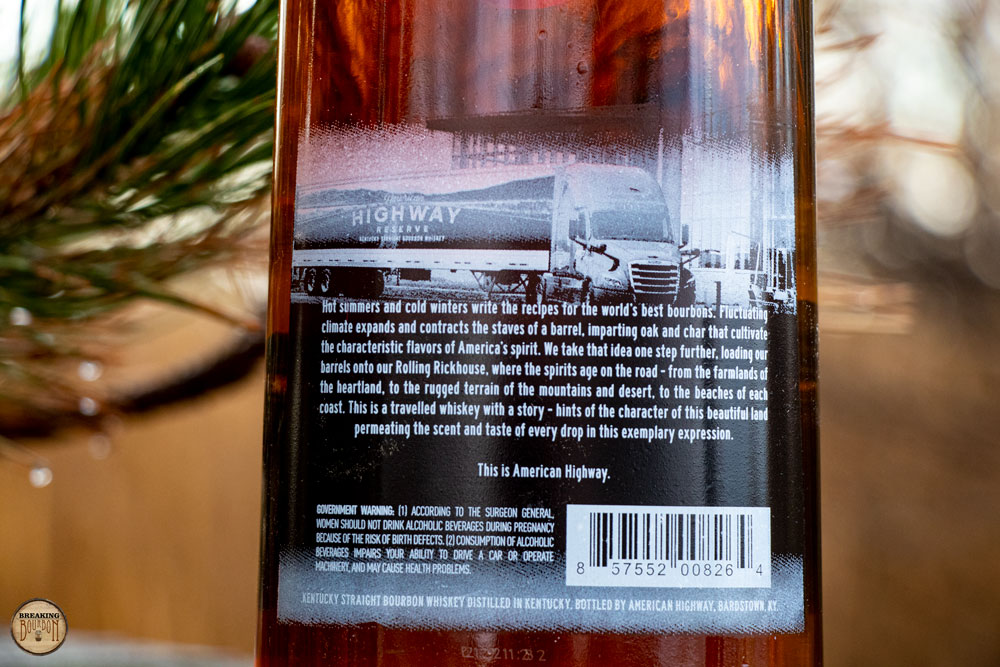 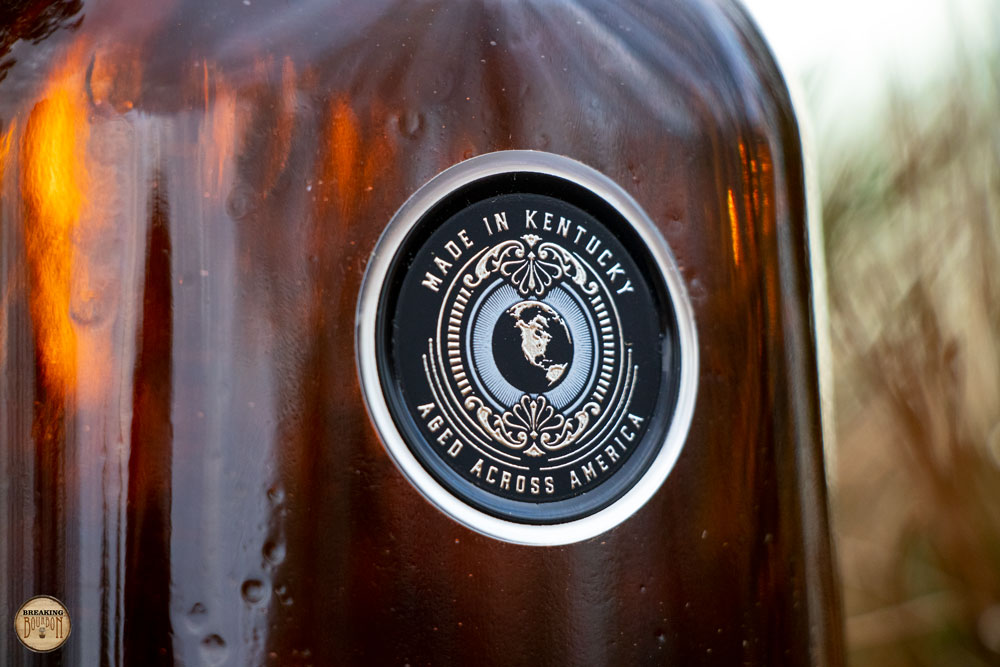 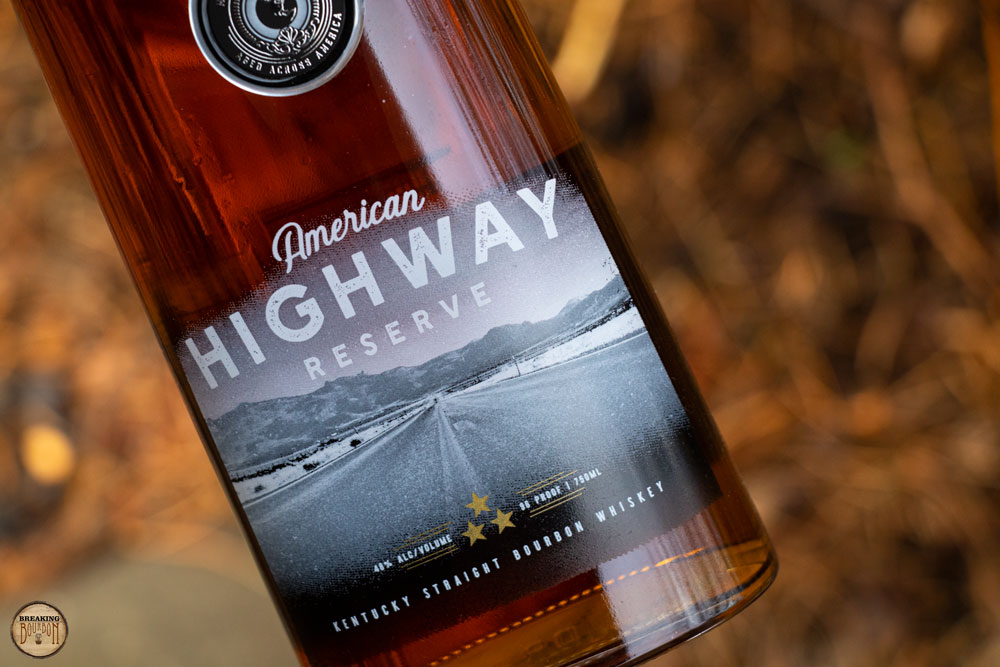 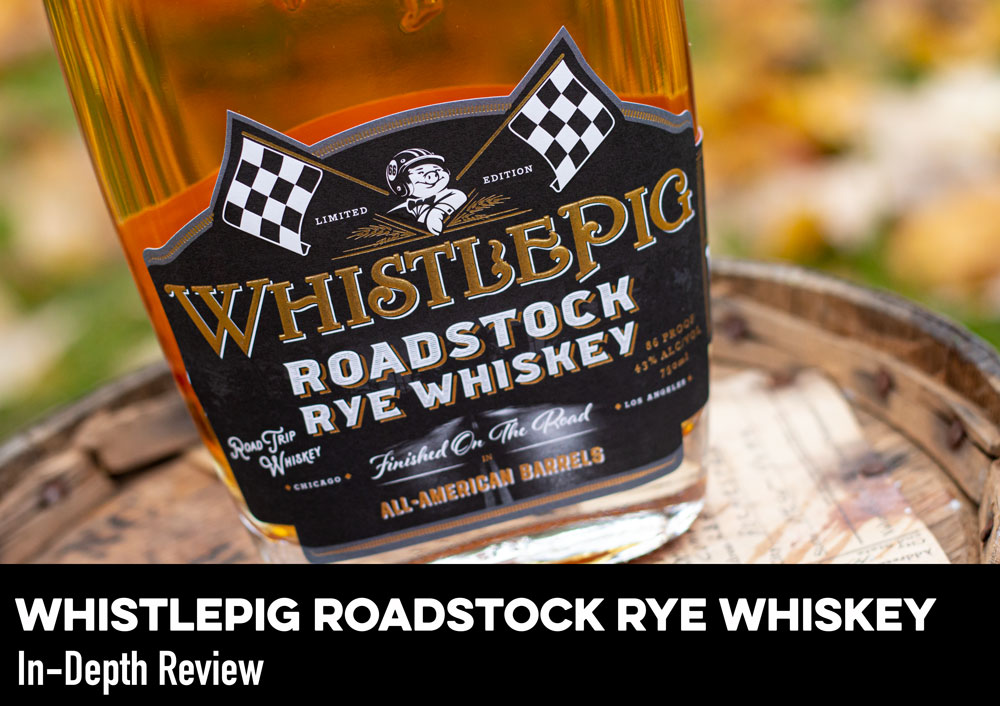 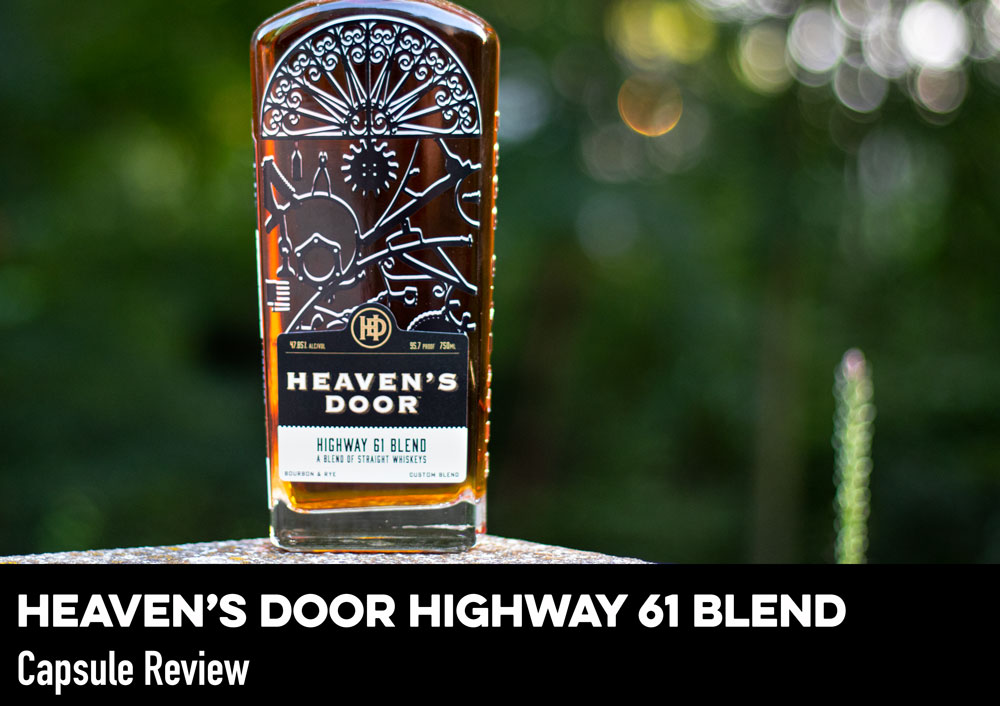 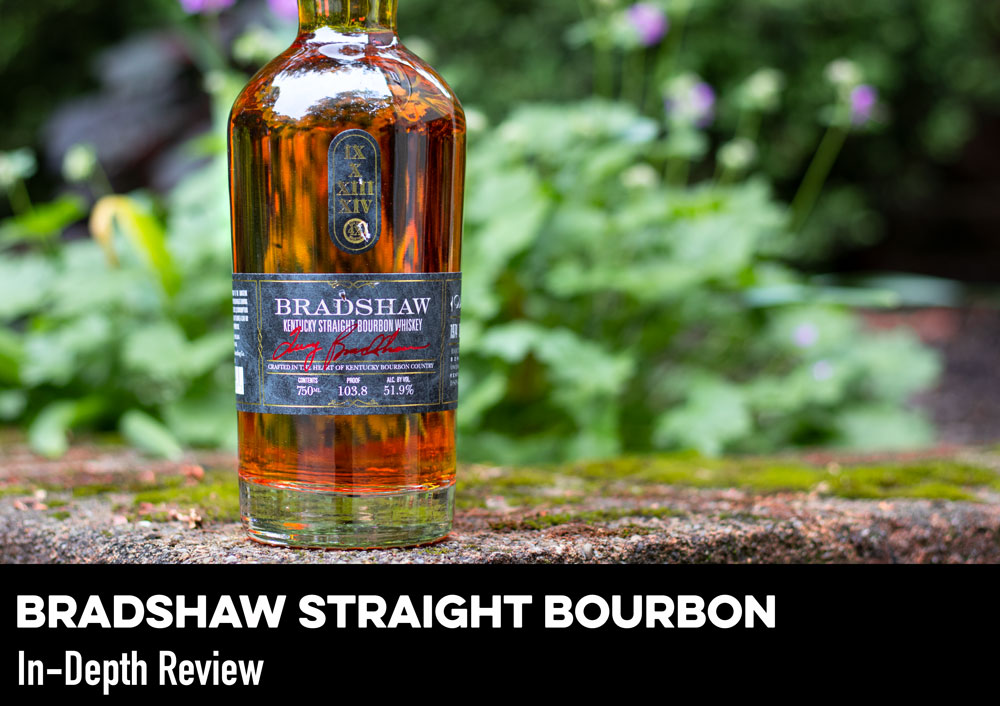