WhistlePig RoadStock Rye Whiskey is a multi-finished whiskey that was finished completely “on the road.” A tractor trailer was loaded with rye whiskey barrels from WhistlePig’s location in Shoreham, Vermont. Half of the barrels were filled in used Bordeaux blend casks (that previously held 78% cabernet, 12% merlot, 8% petit verdot, and 2% malbec) from Jordan Winery, and the other half in traditional virgin oak casks.

The tractor trailer then followed the historic Route 66 taking them from Chicago to Los Angeles. Once in California, they visited Firestone Walker Brewing Company in Paso Robles, where “the balance of the whiskey was transferred to used Firestone’s Imperial Stout, Imperial Blonde Ale and Experimental Ale barrels to finish on the long journey back to Vermont.” This 6,000 mile cannonball run of on-the-road barrel aging was then finally complete.

A heavy merlot scent is immediately gripping, so much so, nosing blind, one could be forgiven if they thought it was wine and not a finished whiskey. The aroma also hosts a notable sweet side thanks to additional scents of strawberry rhubarb and strawberry creme. The pleasant aroma further offers a touch of rye spice, maple, and cinnamon that provides depth. A sweet and chipper aroma that is all around quite agreeable.

Decidedly red wine in focus, there is no mistaking it's wine cask finish. Leaning towards a merlot flavor profile, notes of black cherry, plum, and blackberry, with additional stone fruit notes of cherry and apricot showing through. As the initial red wine onslaught elapses, brown sugar, vanilla, and a touch of coffee bean flourish. It’s surprisingly structured once you get past its strong red wine first impression.

As its red wine dryness advances, the whiskey’s lingering stone fruit notes dissipate. They are replaced with stout beer roastedness. Additional mild hints of coffee and dark chocolate are delivered along with roasted malt. Equal parts strange and complex, the finish provides an interesting tasting experience that doesn’t quite work, but doesn’t quite fail either.

Exploring yet another avenue of vehicular barrel aging - which seems to be the new “IT thing” - WhistlePig didn’t simply age their whiskey in a tractor trailer and call it a day. Instead, they went for the “everything but the kitchen sink” approach, finishing the whiskey in ex-wine casks that previously held a blend of four different styles of red wine, then finished them in three different beer casks before blending. If that is a lot to take in, that’s because it is. So much so, the company doesn’t include any of this information on the bottle - giving no indication this is a multi-finished whiskey besides the tagline, “Finished on the road” and a QR code, that I guess the company hopes people are curious enough to explore.

But that is until you taste it. There is no hiding its Bordeaux cask finish, as it is at the forefront of this whiskey. Despite how dominating it is, it also isn’t overly boisterous, which is most likely the result of the whiskey’s 86 proof. It features a very integrated wine cask finish that does well to completely blend with its base whiskey. There have only been a few times I’ve experienced a wine cask finished whiskey that tastes this integrated and I’m taken aback when I do. Yet, the overall end product is anything but cohesive. There is a lot going on with the whiskey’s concept, and as you’d expect, there’s plenty going on with the final product as well. It’s hard not to describe it as being a bit of a mess, but perhaps there’s some order in all of its chaos.

I applaud WhistlePig with the amount of different elements they had to pull together to make this product a reality, let alone how this idea was even conceived and who had the guts to even greenlight it. This had to have been an incredible undertaking, and some amount of praise should be directed their way simply for the sheer ingenuity of the concept. This was no small endeavor and the amount of barrels that came from it, a single tractor trailer’s worth, wasn't exorbitant. That’s why it’s such a surprise RoadStock was only priced at $70 and the general lack of “limited release excitement” surrounding it. This isn’t a product the company is getting rich off of and is more likely a passion project for them. More power to them, but based on the whiskey in the bottle and its price, the two line up pretty evenly. Then throw in its one of a kind uniqueness as icing on the cake.

RoadStock may not have lived up to its crazy concept, but it's an idea so utterly fantastical, it may never be replicated again.

RoadStock is a fascinating case of the length a company will go to create a unique product. With all that is going on with this release, the whiskey at first comes off as seemingly one-note on the palate thanks to its potent wine cask finish, while randomly complex and a bit peculiar during its finish. It’s debatable if this experience is worth repeating, and given the scale of it, it's unlikely this particular release will ever be reproduced to the same result even if they tried. Its price is surprisingly lower than what I expected it to be, which will certainly help move bottles, as I can see a lot of whiskey drinkers taking a liking to it. It’s approachable, interesting, and it comes with a fascinating story that makes it a fun pour. While the “Rolling Rickhouse” concept is gimmicky, the multi-finished barrel blending produced a very unique tasting whiskey in the end.

Buy WhistlePig RoadStock Rye Whiskey at Frootbat
‍The sample used for this review was provided to us at no cost courtesy its respective company. We thank them for allowing us to review it with no strings attached.
360 video 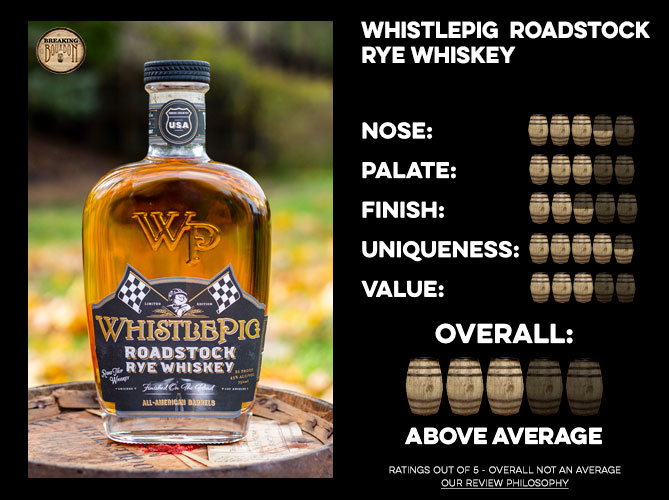 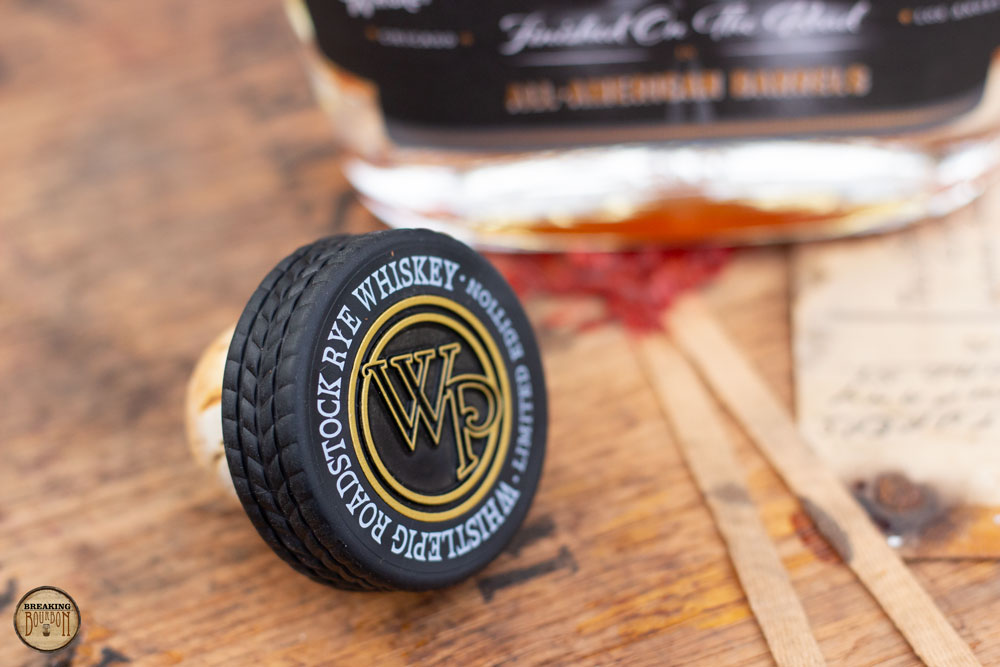 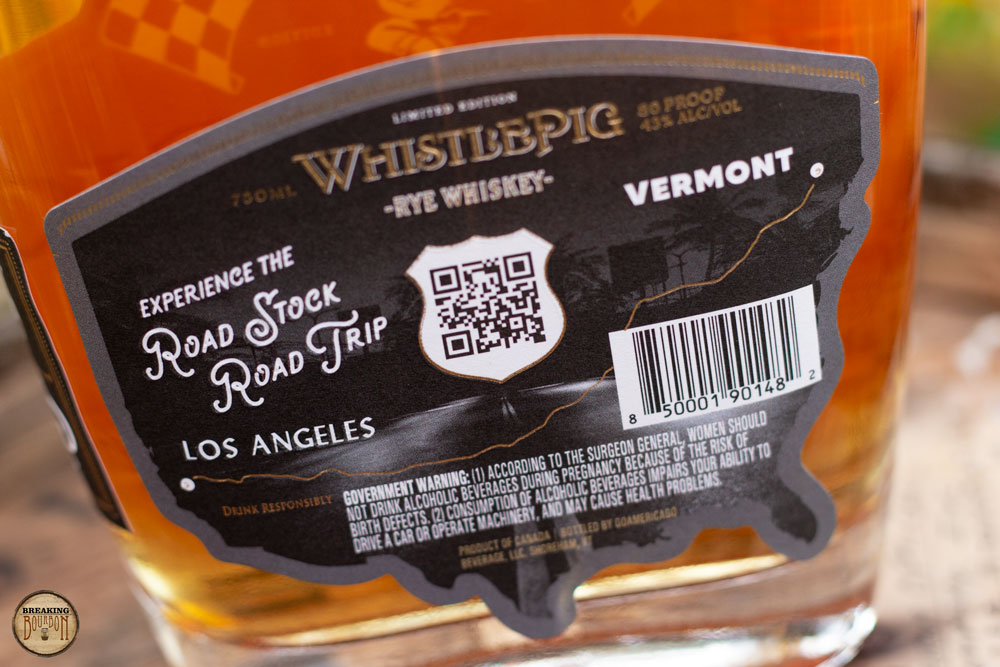 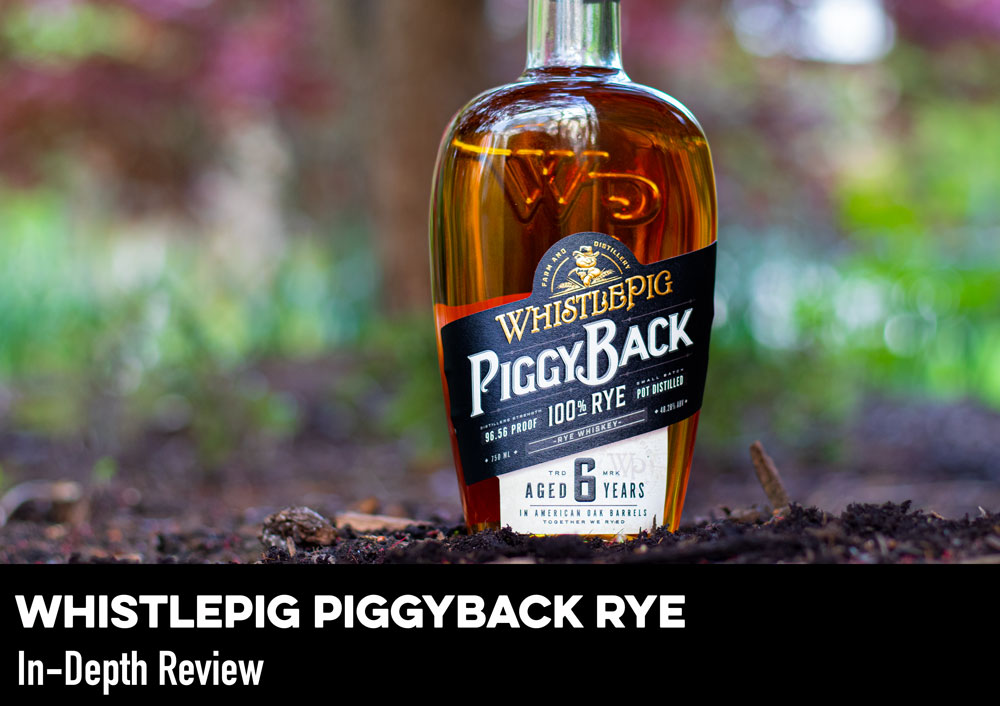 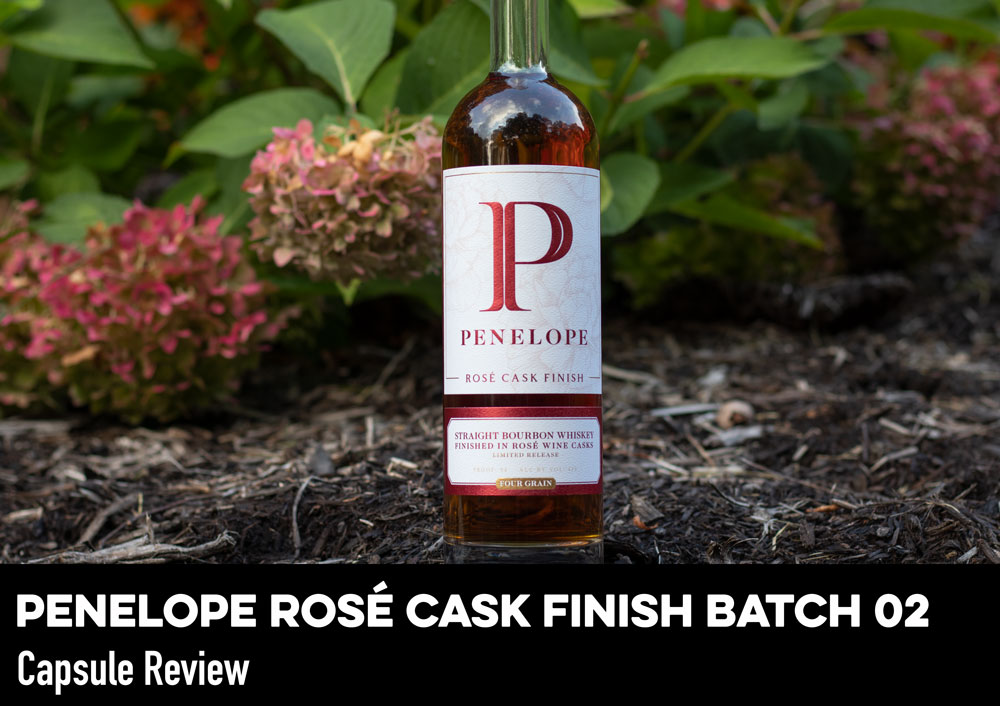 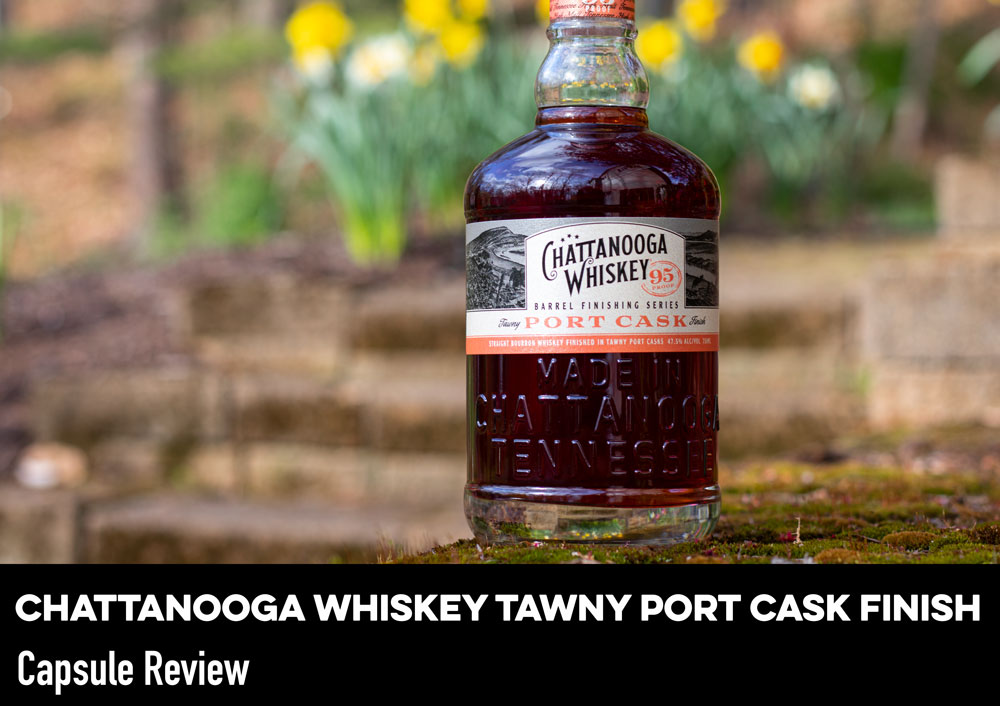