Whiskey has long come in 750ml bottles in the United States; a de facto standard that makes it easy to compare prices and standardize shipping boxes and retailer shelf space. A few craft brands have dabbled with offering 375ml bottles and many Kentucky brands release their whiskey in smaller 50ml, 100ml, 200ml variants, and even larger sizes too. But what if more brands across the board broke away from the 750ml standard? How would it affect craft distilleries? Would anyone care and would it even make a difference to consumers?

The true origin of the 750ml is unknown but it is thought to have some reference to Roman times when the English gallon was the accepted measurement of trade and a 750ml bottle is the equivalent of a fifth of a gallon. Whatever its origin, for modern application, 750ml bottles work. Consisting of about 25 one-ounce pours, it’s a perfect amount and size for bars and restaurants, and it allows ample personal indulging and sharing with plenty left over to revisit later. For wine, the amount divides into a perfect amount for a couple.

But is it time for a change? In a time where options rule, why aren’t consumers given more choice when it comes to volume amounts of their favorite spirit?

There is a wealth of craft whiskey hitting the market and because of small scale operations and large up-front operating costs, a craft whiskey is typically more expensive than a comparable mass-produced Kentucky whiskey. Presently I’m sure most craft distilleries would probably rather sell one 750ml bottle than one 375ml as they make more money on the larger bottle. The age-old economics 101 of selling less at a high price with higher margins than more at low price and smaller margins, but the larger issue is getting people to actually commit to buying a product in the first place and longer-term brand awareness that comes from it. 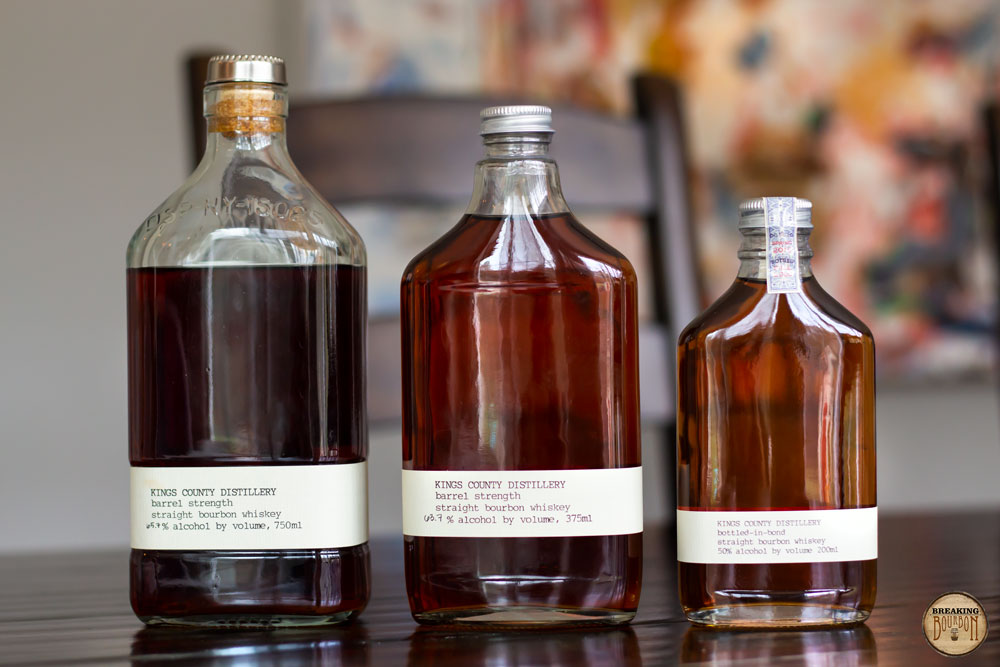 Kings County Distillery has been one of the forerunners in offering their products in different volumes. They originally came to market with only a 200ml bottle, which had more to do with their limited distilling output than a marketing tactic.

“We just needed a few people to take a risk and try to understand what we were up to,” says Colin Spoelman, Kings County Distillery co-owner and distiller. “The $20 price for a 200ml worked because it was about as much alcohol as a bottle of wine, and priced comparable to a good bottle from a small winery...and people understood us in that context. New York had an established landscape of small wineries and breweries, so to be able to compare that way, as opposed to other spirits...which were mostly factory-made...made sense.”

A big reason for the lack of diversity in bottle volume has to do with the three tier system. As Spoelman puts it, if one party doesn’t like a certain aspect of a product it doesn't move further down the chain and won't become available to the consumer. Distributors and stores have limited shelf and storage space so they push for the slightly larger footprint of the 750ml bottle and its larger profit-per-sale return. There’s more meat on the bone per bottle for every party involved.

“We have seen most distributors and store owners push us to the larger format, even if we've seen consumers appreciate the smaller format,” says Spoelman. “I would have been happy never to make a 750ml, but we needed it to reach that type of retailer, and it has worked out and at this point, I'm glad we did. In the end, the variety [in bottle size] we make has made it harder for each type of retailer to say no: the boutique-y shop and the larger volume player.”

Consumers often cite the reason they dislike 375ml bottles is it drives up the price. Being half the size of a 750ml bottle has not translated to half the price. It’s thought that since the price looks less, companies can tack on premium to the price and consumers won’t be the wiser. But when the same consumers do the math and calculate what a 750ml bottle would cost, they often come to the conclusion they are getting ripped off. 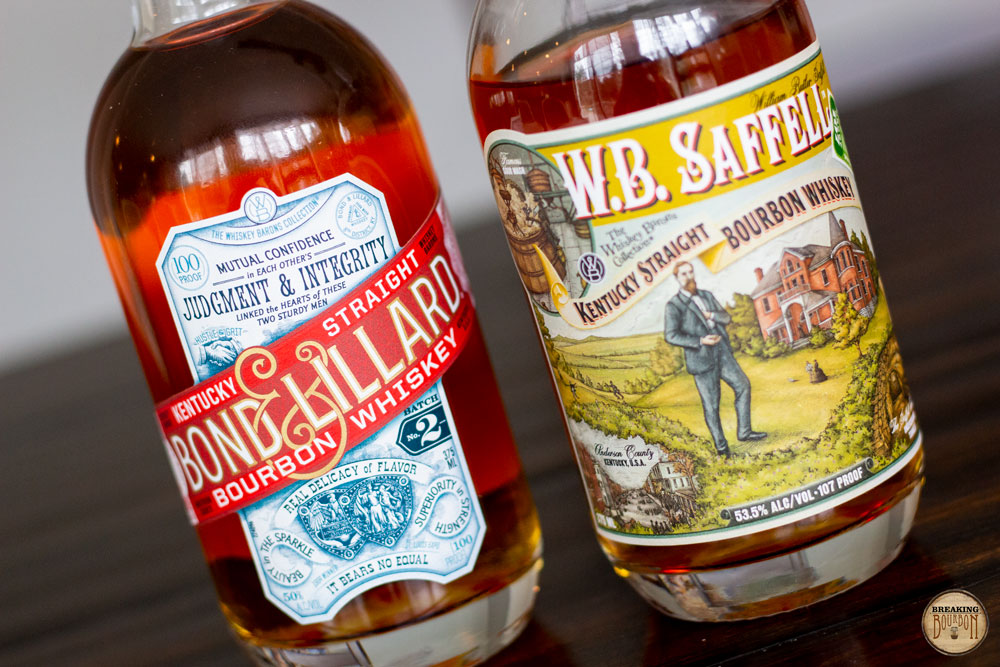 For example, when Wild Turkey started selling their Whiskey Barons Collection with a 375ml bottle size for $45, the instant reaction was it was the equivalent of a $90 750ml bottle. This didn’t compute for most consumers. If the Whiskey Barons Collection only offered 750ml bottles, there might have been more pressure on Wild Turkey to price it lower.

“Of course, there is a very small subset of consumers who feel the small format is trying to trick them into paying more,” says Spoelman. “For us, the pricing strategy has been a dollar per centiliter, more or less, with some slight saving as you increase in size, but not enough you'd feel cheated for having bought a smaller one. So pricing is very important.”

If more craft distilleries sold small volume bottles, more consumers might take the chance on an unknown craft distillery’s product. The chance of an impulse buy also increases at a lower point of entry. How many times have you seen a new craft whiskey product on the shelf that piqued your interest only to move on once you saw its price? It’s hard for anyone regardless of their economic standing to purchase something they have no reference point to. No one likes to waste money, and high priced whiskey, especially from new and unknown craft distilleries, is a risk to many consumers. Distilleries constantly have to fight against this perception.

“I do feel the brand awareness argument has always been our play. Trust the product, try to get it into as many hands as possible, and hope that the smaller format allows people to be a little more deliberate and thoughtful when trying our whiskeys,” says Spoelman. “Whether or not that has worked I think is a matter of opinion...and how you judge a business. We haven't made as much money, but I do believe we are building a long term brand...just as we are trying to hold much of our whiskey for 4, 7, and 12 years even if we will be a more attractive business financially if we can sell everything we make at 2 years.” 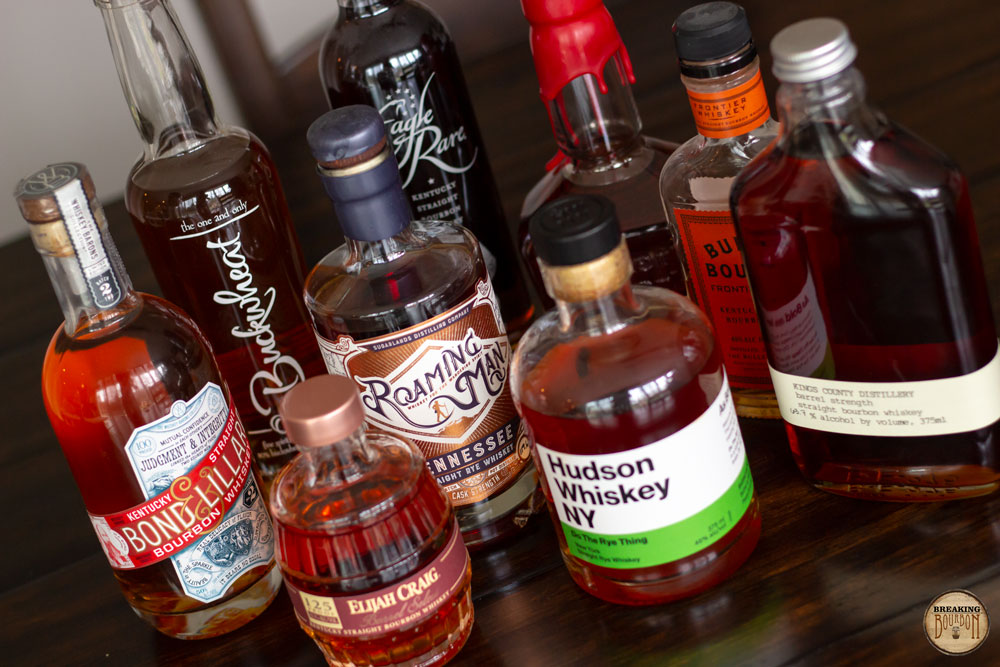 Smaller bottle size could also be a positive change for limited releases too. A few years back, we polled our readers and asked them if Buffalo Trace should sell their Antique Collection (BTAC) in 375ml bottles. The theory was this would allow more people the opportunity of obtaining a bottle of the ultra popular limited edition series. To our surprise, more people wanted BTAC to remain in 750ml bottles than shift to 375ml. The reasoning for this is unknown, but seems centered on the idea that  if someone got a bottle, they’d want as much of it as they could get. Considering how ridiculously difficult BTAC has become to obtain at MSRP, this may be combined with the perceived notion that there would not necessarily be better odds if there were double the number of bottles available.

Often it takes a success story for others to follow. If a big name Kentucky distillery put out their 2021 limited edition release in 375ml bottles and received huge outpouring for positive praise from consumers, would the 2022 limited release season, and eventually the overall market look completely different?

As Spoelman puts it, “If I can make our whiskey available to a buyer of any means, I think that's a good thing.”

‍
What do you think? Should more companies offer smaller bottle sizes? Would you be more willing to take a chance on an unproven craft distillery? Take our short poll and let us know! (No sign in required and all poll results show after completion)
‍

COMMENTS
Does Size Matter? A Case for Smaller Bottle Size
Also Check out 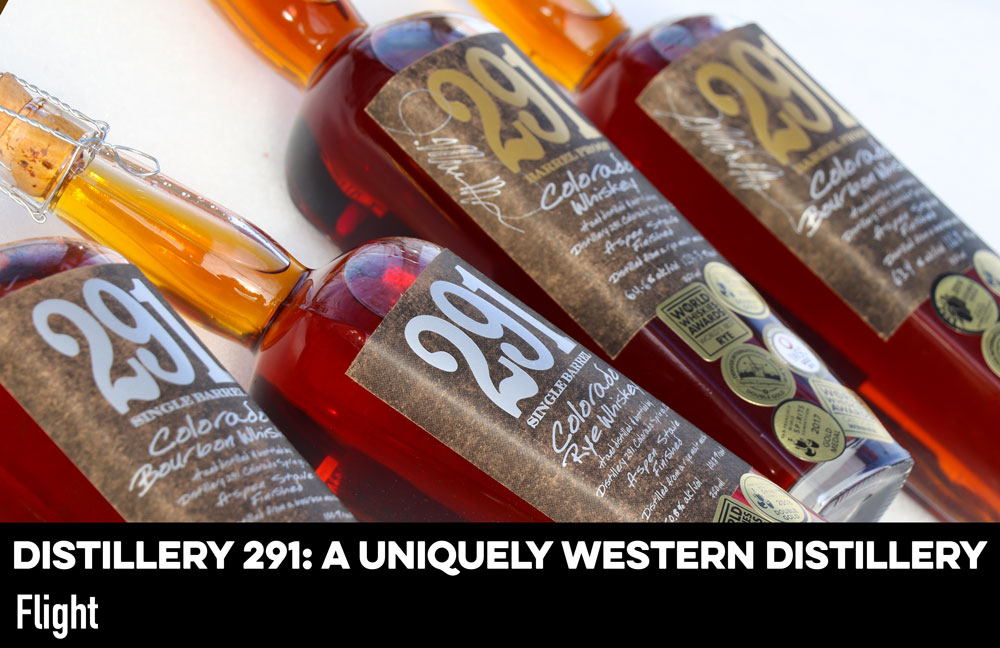 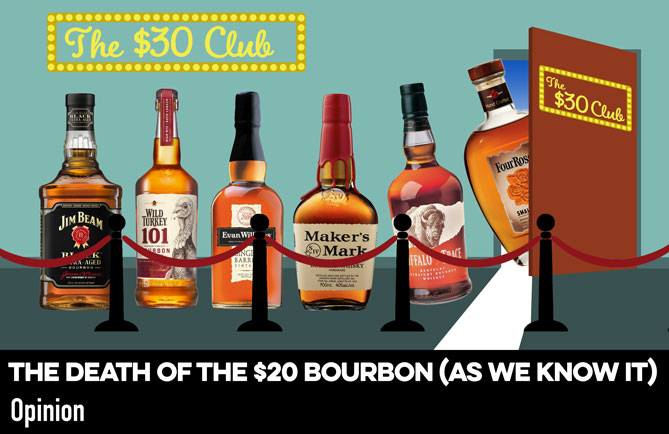