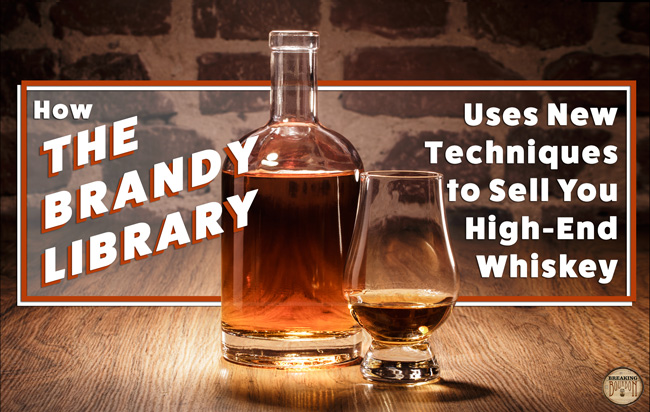 During certain times of the year, if you walk into The Brandy Library in New York City, you’ll see a number of high-end spirits lined up on the bar. They range from ultra-aged scotches, Pappy Van Winkles and dusties, to high-aged rums, japanese whiskey and other highly sought after gems. You’ll also notice that these and the other rare whiskeys lining the walls aren’t listed in their whiskey menu. If you’re curious enough or you think you have deep enough pockets to order one of these rare whiskeys and ask for their prices, you’ll simply be given the answer, “They aren’t for sale.” Well, not in the traditional sense at least.

There was a time not that long ago when whiskey bars only needed to have a few dozen bottles to satisfy customers. As more and more traditional bars re-branded themselves as whiskey bars or lounges, and whiskey selections started to number into the triple digits, it has become harder to stand out from the crowd. With whiskey supply always struggling to meet demand, some whiskey bars are experimenting with different tactics to grab whiskey drinkers’ attention and find creative solutions to the always increasing cost of a glass of whiskey at the bar.

Where most whiskey bars love to display their high-end whiskey much like the average collector does, they’re always willing to part with it for a certain price. As anyone who has stepped foot into a whiskey bar in the past few years can attest to, prices are sky high simply because there isn’t enough supply to meet demand.

The Brandy Library introduced their Passport program in 2014 as a new and creative way to reward their regular customers with a great selection of spirits at their fair market value. At certain times of the year - usually during the first few months of the year - The Brandy Library selects a handful of high end spirits (January 2017’s selection included 25 Scotches, 13 U.S. whiskeys, 5 Japanese, 1 Canadian, 3 Cognacs, 3 Armagnacs, 1 Calvados, 1 “other” brandy, and 3 Rums) and offers their customers a chance to buy-in. The program runs four weeks and patrons get to choose 14 ounces from the selection during that time. The last edition fetched $650 a ticket and included all taxes and gratuity.

“For the first two years we didn’t make money for the purpose of entertaining our regulars and mak[ing] a statement that we’re not into abusing [whiskeys] like so many other people. Our prices are high enough due to our rent and labor costs, and we wanted to reward our regulars with something well priced,” says Flavien Desoblin, owner of The Brandy Library. “The first edition was very successful so we kept on going. We increased the price last year and we generated a little profit, but that isn’t the idea here. The idea here is we’d use whatever we don’t get enough of [for the Passport program]. If there’s a limited edition, whether it’s Four Roses or Buffalo Trace Antique Collection, or these things we only get one, two or three bottles of, instead of putting them in the menu and having those bottles consumed by silly spenders who just want to splurge and not even appreciate it and just want to show off.”

Located in lower Manhattan, The Brandy Library often sees a fair share of silly spenders, and while there’s nothing wrong with people spending money in whatever way they see fit, Desoblin has a high appreciation for spirits and hopes his patrons do too.

“We’re not into catering to people with an attitude or sense of entitlement. There’s a lot of that amongst the collectors. People who are so crazy about saying how many bottles of Pappy 20 they have at home,” Desoblin says. “We definitely want people who understand value and we want people who value the brands that aren’t taking them for a ride [simply] for the sake because they can. We want people to put sense into it and actually nurse the drink. Be curious about it and try to understand why it tastes like this and why it smells like this. We don’t cater to the very fancy people. We don’t have an attitude and we certainly don’t cater to people with an attitude.”

This is the reason why there is a bottle of Hibiki 30 Year sitting behind the main bar. In what could be considered a cruel joke to some, but further proving Desoblin’s commitment to the honor and understanding of rare spirits, the bottle’s purpose is simply to tease. The bottle is not for sale. Even as Desoblin gets more and more ridiculous offers for the bottle, he never wavers. The bottle, he says, is not for someone who doesn’t appreciate it and is simply trying to buy it to declare on social media that “they had it.” The bottle will likely get opened one day and be put to a different use in The Brandy Library’s other service they offer to their regular customers.

The Brandy Library hosts a number of educational classes every year called Spirit School Seminars, with the goal being to teach whiskey lovers of all levels more about the spirit. Unlike a traditional classroom, in this class you’re allowed and asked to drink during the class. There are introductory 101 level classes that go over the basics of whiskey, but as Desoblin is finding, more and more people are requesting and signing up for the higher level classes.

“This may sound pretentious but I know this because our customers keep telling us it, we’re still the only ones who bring the mix of real technical education and entertaining talks on spirits,” Desoblin says. “A class’s [whiskey] selection is based on variety, distinct points. It’s not just a neutral education. It’s also entertaining. We break down all the  myth and all of the brand ambassador BS that they may have heard.”

In one class, Desoblin focuses on the importance of age statements in the world of whiskey and for bourbon in particular. As more and more whiskeys all over the world are losing their age statements at an increasing rate, Desoblin has his classes taste brands that once had statements versus their newer versions without them.

In another series of classes called Progressions, participants are asked to taste bourbon of increasing ages. One class will start with a 4 year old Old Grand-Dad Bonded and go up to a 10 year old Russell’s Reserve. Another starts with a 11 year old bourbon and goes up to an 18 year old bourbon. In level three, participants will start with a William Larue Weller 19 year old, and continue with Mitcher’s 20 Year, Elijah Craig 21 Year, Blade and Bow 22 Year, Vintage Bourbon 23 Year, Parker’s Heritage 24 Year, and end with Jefferson’s Rye 25 Year.

In an upcoming class, Desoblin will highlight the Evan Williams brand with 30+ bottles, many of which will include older vintages of the brand’s Single Barrel line. In another class that's still a few years away, he will highlight a particular brand and have students taste how the same brand has changed over time by offering 10-30 marks of that single brand. 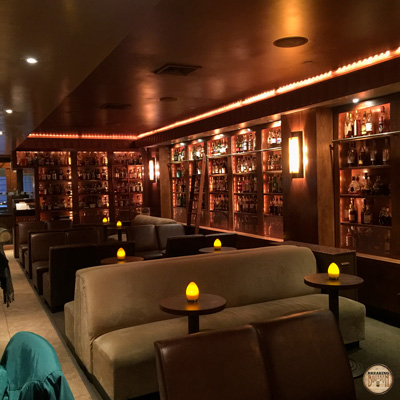 Whiskey education classes aren’t new, and many whiskey bars offer them.  However, few can offer their patrons the same depth of selection with their actual “hands on” tasting. The Brandy Library is located in New York State which is known to be stingy with their special release offerings to bars and restaurants. That’s not to say The Brandy Library doesn't get as much as the next bar or more, but their decision to save bottles for their Passport program or their classes and not put them on their menu at a high markup allows them to offer the programs they do. For example, The Brandy Library got two bottles of Parker’s Heritage 24 Year in 2016. One bottle went to their sister bar Copper & Oak, and because one bottle isn’t enough to offer in their Passport program the other was set aside exclusively for a future class.

Being located in New York City also means The Brandy Library sees a fair share of out-of-towners who come in expecting the typical high-end whiskey bar selection. These patrons often can’t take full advantage of the Passport program or the classes the bar offers. While The Brandy Library has an extensive whiskey menu, it tends to lack Pappy Van Winkle and some of the ultra high-end whiskey that are typically found at a whiskey bar of this caliber. For these customers, The Brandy Library offers a whiskey flight like many bars do, but once again features whiskeys that aren’t always found on most whiskey menus.

“[If customers are looking for Pappy Van Winkle] we tell them the only Pappy you’ll have is within this tasting flight. The Ultimate American Flight. It’s six half ounce [pours] of really special stuff and there usually is a Pappy in it,” Desoblin says. “Because for us it's the occasion to show them when you put Pappy, whichever Pappy it is, next to other great bourbons, all of a sudden they get it. They understand that, ‘What’s all the hype with Pappy?’ When it comes down to the taste of it, it’s no better than others or it is definitely better. They can put things into perspective.”

As with everything Desoblin does at The Brandy Library, it comes back to a respect for the spirit; an understanding of where it came from, valuing the work that went into making it, and an appreciation of what it’s trying to accomplish. This is somewhat of a hard contrast to what you’d expect to find in the high-rent district of lower Manhattan, where profit is king and time is money. While Desoblin is clear some profit is made on whiskey sales, the majority of his moneymaking business comes from hosting private parties, private tastings, and whiskey classes. As The Brandy Library holds high company with other high-end whiskey bars in New York City, it’s the bar’s fresh take on whiskey culture and who and how people consume it that makes it stand out. If you’re not also learning while you’re drinking, you’re not going as far as doing it wrong, you're just missing out on half the fun. 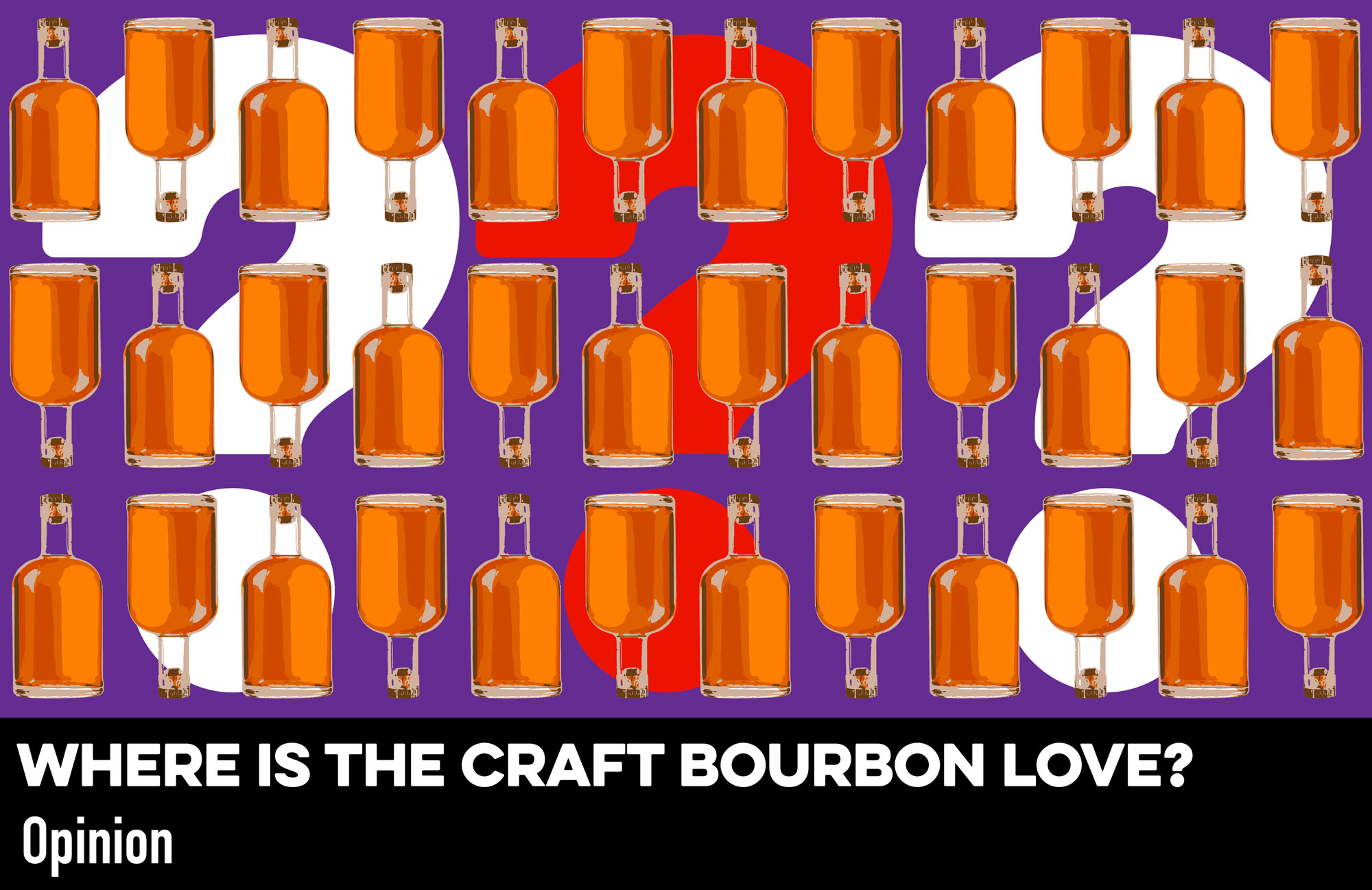 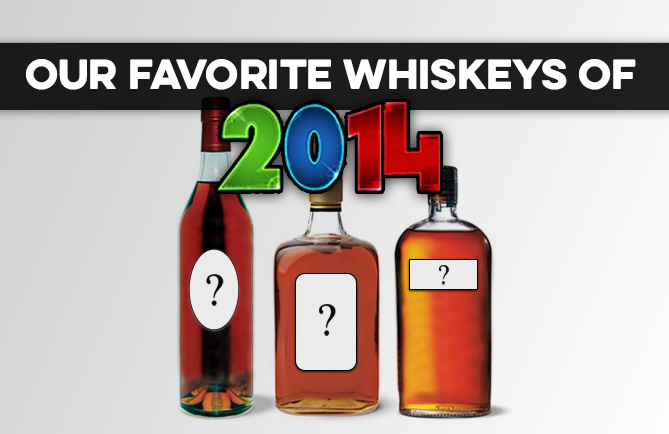