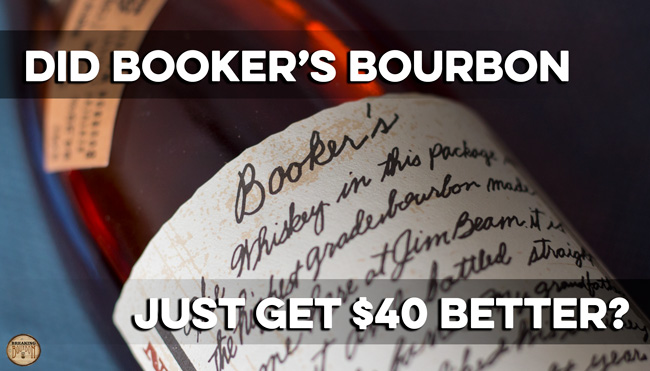 As of January 1, 2017, Beam Suntory is executing what might be one of the largest, if not the largest, single price hike on an established readily available bourbon brand in history.

Beam Suntory owns a wide variety of spirits brands, with Booker’s being a relative microcosm in their portfolio. A premium bourbon batched at about 350 barrels at a time and then released uncut and unfiltered with fun names like “Booker’s Bluegrass” and “Annis’ Answer,” it has been a staple in many enthusiasts’ liquor cabinets for years. With a current MSRP of $60 and often found on the shelves for less, most fans would probably describe it as “expensive” but still a good value for the money.

So will Booker’s Bourbon be overpriced at $100, or is it being sold at a $40 discount to its true value today? Does its value actually increase because there will be less of it? Is $100 fair?

Defining value in bourbon is always a struggle. In our reviews, we have an entire section and rating dedicated specifically to value. Behind the scenes, we sometimes have debates that end up putting reviews on hold because the reviewer is struggling with a final decision on value. Comparison plays a significant role, as we compare price points to similar tasting whiskeys, whiskeys of similar origin, similar age, similar price, supply numbers, etc. It’s an imperfect and ever changing system, but one we give a lot of thought and effort to in our process of assigning a fair rating because we think a bourbon’s price matters to readers.

Will someone who would normally not even notice Booker’s reach for the $60 bottle in the next few weeks because they suddenly perceive it to be of greater value due to the impending price increase?

Will the $100 bottle suddenly seem to be of greater value to some consumers who are searching for something special and perceive it to be better because of its premium price?

After all, when anyone asks me what a good readily available $100 bottle is, I typically draw a blank. I can name a lot of good $100 bottles, but few that can be easily found on a whim.

The fact is, this price increase is more significant than just what’s happening with this single bottle.

I’ll be honest, I hope bottles of Booker’s sit on the shelf at the new $100 price. But what if they don’t and the price increase succeeds? Think about price creep. It happens all the time, minimum wage goes up, inflation happens, it is what it is. Greater demand for high end bourbon has gone beyond basic price creep and created price explosion in the category, which really should not come as much of a surprise if you look at its obvious counterpart, Scotch. My concern here is the precedent that might be set, and what might follow. If this works, will other readily available and established brands do the same? This then leads to an even bigger concern, is bourbon becoming too expensive for its own good?
‍

New bourbon consumers are flooding the market, and they have money to spend. If the hordes of people hunting Pappy Van Winkle and Buffalo Trace Antique Collection have taught us anything, it’s that there is a very real demand for premium bourbon, and the folks seeking it aren’t always well versed or experienced whiskey consumers. To an unknowing consumer, a fancy bottle in a wooden box and a higher proof than almost everything else out there suddenly seems special. In fact, it probably seems even more special at $100 than $60. My wife texted me from a liquor store last week. She was looking for Rebel Yell Single Barrel which I had told her I wanted. She saw the Booker’s and immediately thought it was something rare and special. I can’t blame her, it looks special. I’m not saying it’s not good bourbon, but I know I can buy it any day of the week. The point is, to a new or unknowing consumer Booker’s is already ready for the premium market. Maybe it just needs a bump in price to drive it all the way home.

Back to my initial question: Is $100 fair? Will the decrease in supply correspond with the increase in price resulting in a balance between supply and demand? This is the ultimate question, and one that can only be answered as 2017 unfolds. Fair is merely the consumers’ perception of value. Is $1,000 fair for Pappy 20 Year? Is $250? Knowing some pay a higher price, suddenly $250 seems like a steal for Pappy 20, even if the MSRP is actually $170 because demand significantly outstrips supply. The basis of that perceived value is a whole other discussion, but that doesn’t change the reality of the situation at hand. The perception of value among consumers is so strong it’s almost like people feel compelled to buy the Pappy 20 Year at or near MSRP even if the price point is well outside their typical comfort zone, because, well, it’s a $1,000 bottle for only $250. Put simply, an increase in Booker’s price along with a decrease in production might bring with it a deeper feeling of value in consumers as a whole.

Whatever you are willing to pay for a bottle is fair, no one is forcing you to buy it. If enough consumers agree on that to cover supply, then a fair price point has been established. Period.

The tricky thing here is the current price relative to what it will be, and how existing fans will react to that. But Beam has no doubt factored that in, and they’ve weighed the idea of potentially empty shelves at $60 versus the possibility of readily available supply at $100. Educated consumers will be even more attracted to Knob Creek Single Barrel, a close comparison for only about $45. Beam knows this. They know they’re going to piss off long time fans, but they also know they put out a great and arguably similar product for a lot less and the market for high end premium bourbon is growing. They’re a business after all, and business’ key function is to make money, despite the fact that the bourbon industry probably garners a bit more respect for consumers than the average industry might. Hopefully Knob Creek Single Barrel pricing stays where it is and we can call that a consolation. I actually prefer it and as a result have no reason to stock up on Booker’s.

In the end, if you think $100 is a fair price then buy it. If not, just don’t. There are plenty of other great bourbons out there for less. In any event, be careful to not let your pre-established conception of its (soon to be) extinct $60 price point sway you. Take a step back and look at it for what it is relative to what’s in the bottle and your other choices on the shelf at the point of purchase. As the market changes, our perception of value needs to change with it. 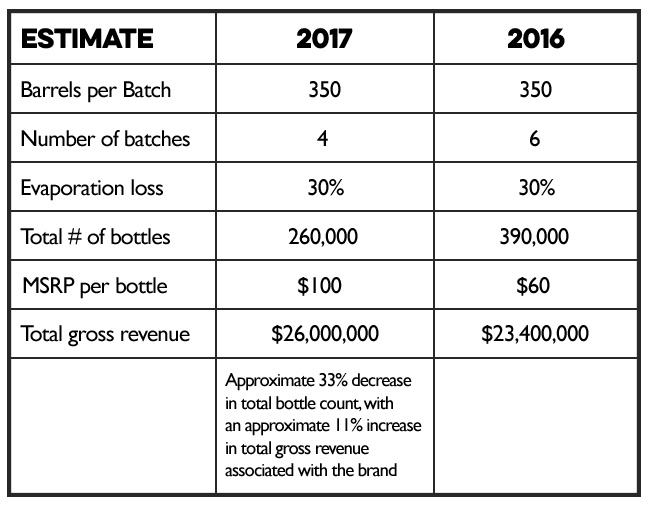 COMMENTS
Did Booker's Bourbon Just Get $40 Better?
Also Check out 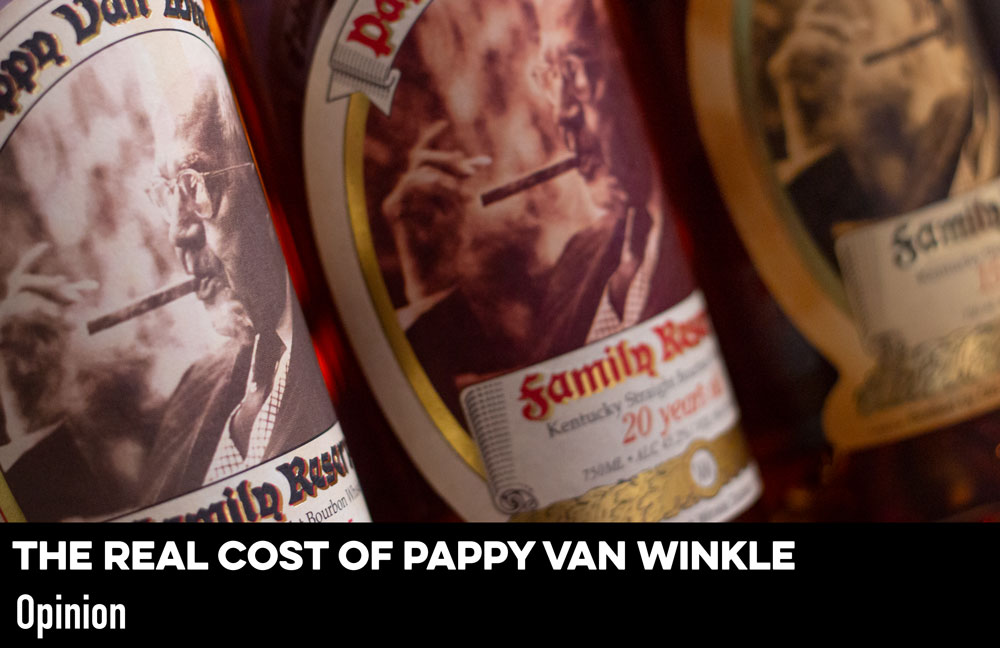 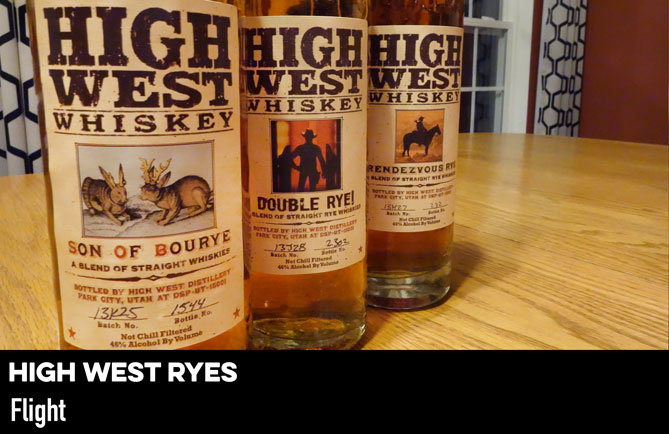