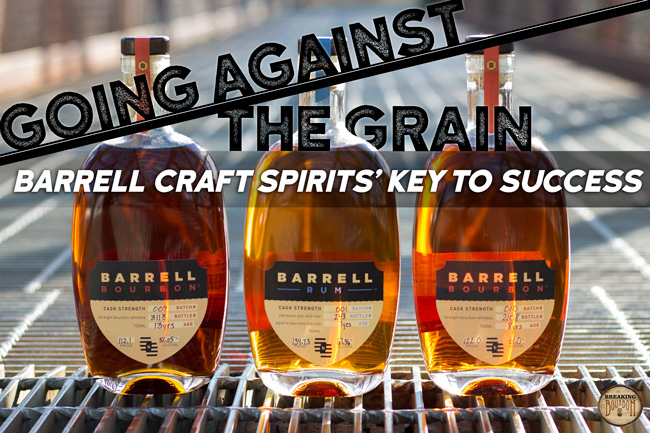 Bourbon is a booming business and there are plenty of producers vying for attention. As of the close of 2016 there were nearly 800 whiskey distilleries in the United States, and many more bottling as non-distiller producers (NDPs) beyond that. Many strive for consistency, utilizing distillation, aging, and blending techniques sometimes passed down from generations to achieve a consistent end result. As demand has soared some have even suggested a bourbon shortage, felt most by consumers in search of hard-to-find premium brands. For newcomers to the industry this presents a challenge: How do you separate your brand from the crowd? And if you’re an NDP, how do you source good bourbon consistently in the midst of what some are calling a shortage?

Barrell Craft Spirits, known for Barrell Bourbon, Whiskey, Rum, and very soon Rye, is one company that’s managed to separate itself from the crowd. The company’s founder, Joe Beatrice, chose to go against the grain. Forget consistency. Every batch is unique and every batch is bottled at cask strength. The only thing that’s consistent here is the brand’s quality.

The process of finding, selecting, and blending barrels is an ongoing and fairly straightforward one, as Beatrice notes, “we’re always looking for and establishing new relationships and collaboration with distillers.” Beatrice has worked in many different industries, but says “there’s a camaraderie in this industry...when someone has a problem they’ll help each other...especially in Kentucky."

As for the blending, Beatrice says that’s the “best part.” “We begin with an idea of what we would like a batch to be from our inventory. We then look at barrels in that set and begin sampling and organizing using a methodology that we have developed to work with the different barrel profiles. When we get what we want, we put it aside for a while and then go back to make sure it was what we wanted.” The quality is evident in the final product, as Barrell Bourbon made our favorites of the year list two years in a row.

Beatrice believes transparency is a necessity for success in the industry. He values the opinions of consumers, and keeps his ear to the ground when it comes to what the stereotypical bourbon “geeks” might be talking about. He listens to bourbon podcasts, reads and follows reviews and blogs, and even follows up on comments related to his brand. He originally reached out to me based on a Whiskey Advocate blog post comment I left years ago, and to my surprise was intent on connecting with me and clarifying any questions I had. Since that initial introduction, he’s been easily accessible for ongoing questions. He’s also sent Breaking Bourbon samples of many of his products, with the understanding that our reviews will always be honest, even if that means negative. His opinion when it comes to reviewers sharing their honest opinions is clear: “We really want other people to talk about our product rather than us doing it…we could say anything...I really much prefer we have other people talking about our product because that’s what it stands on, that’s what people trust.” 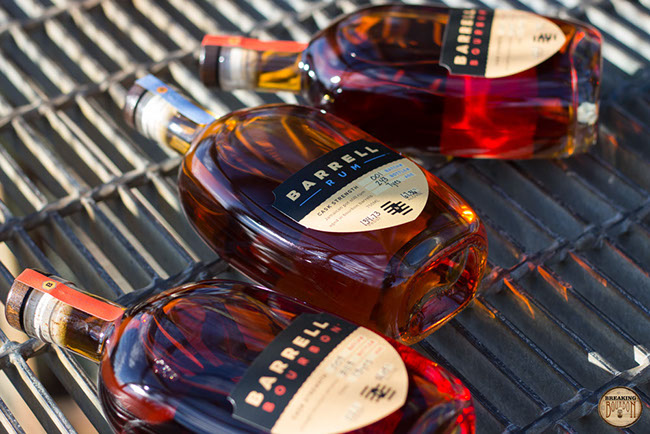 ‍‍Beatrice told us in late 2016 of plans for a single barrel rye program to begin mid 2017, and has now added that a standalone release of Barrell Rye is in the works as well. If all goes as planned, Barrell Rye Batch 001 will be a straight rye with a high percentage of malted barley and will hit markets as early as April 2017. 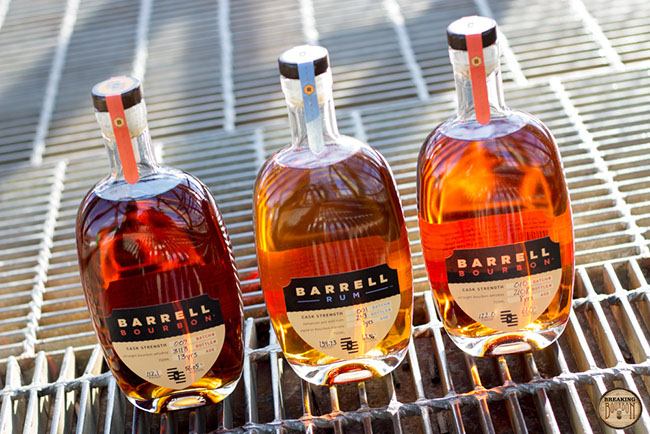 Beatrice runs a relatively small operation and wears just about every hat you might expect for the operator of a young business. His wife and daughter also work for the company, along with a handful of other integral team members, including Will Schragis, the company's National Director, who is responsible for sales and distribution management. Rounding out his team is master distiller Tripp Stimson, who he describes as “MacGyver...the guy can build anything,” and Fred Minnick refers to him as “the greatest distiller who no one knows.”

Stimson will play an integral role at Barrell in the near future; distilling. While distillation plans have been in the works for years, they are finally coming to fruition. Beatrice has leased a 10,000 square foot warehouse in Kentucky, where he plans to build a distillery and begin distillation as early as fall 2017.

While Beatrice wasn’t ready to share specifics yet, he says the distillery setup is going to be “different” than a typical setup. Production capacity is expected to be upwards of 1,000 barrels per year initially, though Beatrice estimates they could put out up to 2,000 barrels per year once production ramps up. Probably to the delight of many whiskey drinkers, he has no plans to distill vodka or gin.

Beatrice seems to be taking things as they come regarding the future of Barrell, with the intent of keeping ahead of demand and continually experimenting with new things. If demand continues to climb this could mean expanding operations within 5-10 years to another location, but that’s just hypothetical at this point. Beatrice also says he “likes the brightness of 2 and 3 year old ryes,” so it wouldn’t be surprising to see a young rye as his very first homemade release.

As for the next few years, Beatrice is especially excited about the Barrell Whiskey line, as it offers him the ability to experiment heavily with barrel finishes and unique flavor profiles. His newest release, Batch 004, comes from Indiana and Tennessee. It’s finished in ex rum casks from Barrell Rum Batch 001 and ex rye casks, and it’s the oldest Barrell Whiskey yet at 11 years. Beatrice teases that as his team continue their experimentations, whiskey drinkers should keep an eye out for one-off single barrel “experimentation” barrels that might become available.

Beatrice surprised many in the industry with the release of Barrell Rum in 2016. Rum, like bourbon, can be quite a flavorful and interesting spirit despite the best efforts of some of the well known mainstream brands to condemn it to mixing. Moreover, the particular category might just be on the precipice of pouring over into the bourbon enthusiast crowd, considering the vast landscape of potential for the spirit along with its close proximity to bourbon. Many rums are aged in ex bourbon barrels, which is where they derive a lot of their color and flavor. Because sweeteners can be, and often are, added before bottling, the characteristic sickly sweetness might not be as overwhelming within the category if there was more demand for less sweet rum without such modifiers.

Despite what some have called a bourbon shortage, Beatrice expects there’s going to be an overwhelming amount of product available in the next two years, citing the fact that the number of craft whiskey distillers in the United States and the relative age or their supplies. The expansions and increased production at Kentucky’s major distilleries may also contribute to the glut. While we might consider the marketplace flooded with product now, this could be even more pronounced if his prediction holds true. It only makes sense that in this continually more crowded space, doing things a little different than the competition might be the key to success.

‍Palate: Sweet but not overly so. Burnt brown sugar and caramel play off seasoned wood to provide depth. There’s some heat here, but it’s manageable.

‍Finish: Crisp and warming, with aged wood and a long-lingering sweetness.

‍Overall: This is really impressive, and might just intrigue the devoted bourbon drinker enough to consider exploring rum. It has enough depth to savor, and fortunately doesn’t overdo the sweetness. The aroma cannot be understated, as it’s so full and rich you can take it in from across the room.

Palate: A bit hot, but a manageable warmth. Cinnamon, marshmallow, sweet fruit, and vanilla with a buttery mouthfeel.

Finish: A spicy bite with semi-dry oaky base. Slight cherry cough syrup on the far back end.

Overall: Amazingly full flavored that at times tastes hotter than the 112 proof leads on. Brilliant sweet fruit notes are all too easy to fall in love with, and are nicely offset by perfect amounts of spice and oak. Easily one of Barrell’s standout bourbons.

Overall: Punchy with quite a mix of oddball flavors you don’t find in many bourbons. Where Batch 009 is easy to love with its amazing traditional flavors, Batch 010 is a fascinating pour, and although the flavors don’t mingle well together, this bourbon is a very interesting pour. 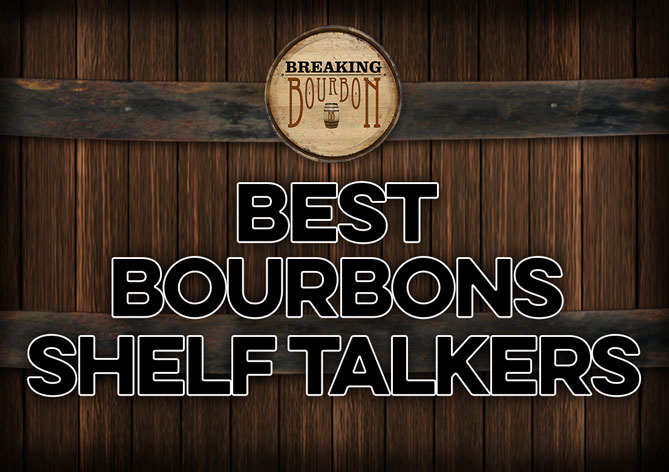 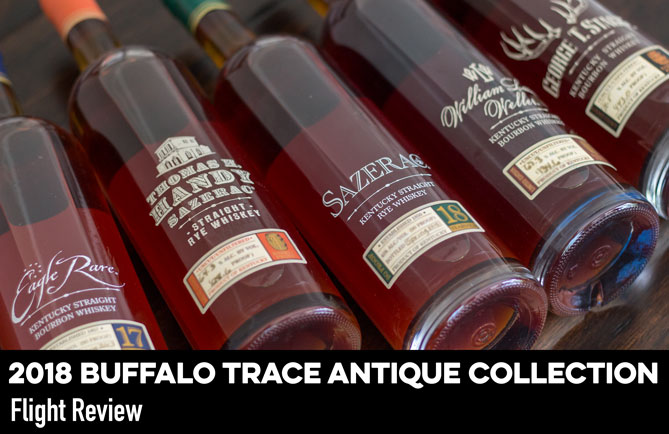