The “age statement” has been a hot topic lately. There’s a never-ending supply of opinions on the matter, from consumers and brands alike. Not surprisingly, the opinions of brands often seem to land on the side of convenience - those brands moving to “No Age Statement” (NAS) or producing young craft whiskeys readily supply reasons why a higher age or any age statement can be a bad thing. Contradictory to this, brands or special releases with higher age statements are often held up as premium offerings and marketed as better due to the higher age; whether that is deliberate or inferred could be the subject of further debate.

Even us as consumers have opinions which can come across as ambiguous. We’ll claim age statements to be marketing tactics set to command a higher price on one hand, but complain when younger whiskeys with relatively low ages hit the market at a premium price. Furthermore, we often defend the age statement as a baseline to establish an honest representation of the product itself, however you’ll often see consumers list off brands that do not carry age statements as favorite everyday drinkers. The point is, when it comes to age statements, what we really want as consumers and the message we send to brands can seem entirely unclear. And when it comes to brands, we as consumers rarely seem to give them the benefit of the doubt… but do they deserve it?
‍

So what’s the deal? Do age statements matter or not? Many will argue that regardless of the age, it’s the bourbon inside the bottle that really matters. But what message are we, as consumers, sending to the folks actually producing the whiskey we consume? What message should we be sending?

Though there have been many topics of debate on age statements over the past few years, the recent change to the Elijah Craig 12 Year label is what inspired this article. If you don’t already know, Heaven Hill re-designed the label moving the iconic red “12” from the front to the back of the bottle, which was replaced with the popular “Small Batch” terminology and a rendering of a barrel. The “12 year” is now part of the text on the back label, which anyone who is not familiar with the brand will almost surely overlook.

With Weller 12 year basically turning into a limited release simply due to supply and demand, Elijah Craig 12 Year remains as one of the few higher age stated bourbons with an MSRP under $30. In fact, it sports a higher age than many of the regularly available bourbons that cost double or triple its MSRP. With the upcoming release of Elijah Craig 18 Year set for $130+ it seems almost insane to be able to buy Elijah Craig 12 Year for under $30 any day of the week and at just about any liquor store. With that said, it was somewhat infuriating and disappointing the first time I saw the new “Small Batch” label. With what would seem to be such obvious value to consumers, what possible reason could Heaven Hill have to move it to the back other than to desensitize consumers to the age statement and eventually remove it altogether?

A popular theory is that the current Elijah Craig 12 Year will eventually become NAS and a bottle with a 12 year age statement on the front will be reintroduced at a higher price point, maybe $50-$75. That bottle might look similar in design to the current 18+ year-old bottles we’ve seen for the Elijah Craig line these past few years in order to feel premium and command a premium price point. The Elijah Craig line may start to look a lot like the Pappy Van Winkle line at that point. What was once an experiment with one-off higher aged special releases could become a standard lineup - Small Batch, Barrel Proof, 12 Year, 18 Year, 20/21 Year, and 22/23 Year with the 12+ year offerings released annually as special releases, or staggered throughout the year as may be the case. But that’s just a theory, there are no confirmed plans to do any of this and I could be completely wrong.

So then why move the age statement to the back?

Maybe Heaven Hill is trying to do us a favor. If the age statement does not actually go away, as brand Ambassador Bernie Lubbers has been adamant there is no plan to remove it, isn’t this really what we want if this is actually true? (Check out Bernie’s thoughts in his two part series of posts on the matter: Part 1  and Part 2). Many consumers won’t read the paragraph on the back of Elijah Craig 12 Year that states the age, so ultimately demand would not skyrocket as new enthusiasts start clearing it from the shelves just because it has a very obvious 12 year age statement on the front. The label is different but the booze inside remains exactly the same. Without this flood of over-eager enthusiasts clearing these from the shelves, those of us who actually know it’s 12 years old and know the history and consistency of the brand might actually have a better chance of finding it over the long term. Is that what Heaven Hill really intends?

I guess we’ll just have to wait to find out.

As brands move to NAS by removing age statements or just introducing new labels that do not have them in the first place, what possible reason could they have other than to bring bourbon to market faster in order to keep up with demand and ultimately make more money?
​

The best argument I’ve seen is from Four Roses’ retiring master distiller Jim Rutledge. In essence he says that bourbon will hit it’s sweet spot at an unknown age, so there is no point in attaching an age statement to a brand because it could actually be a detriment to the quality of the bourbon you’re trying to produce. When it’s ready, it’s ready. When it’s not, it’s not. Period. (Jim’s thoughts on the matter.)

Maybe other brands dropping age statements or just not using them in the first place have finally caught on and do actually have good intentions.

If that really is the case, then follow suit with Four Roses. Sure they don’t put age statements on their bottles (with the exception of the private selection program), but they’ve shown that it doesn’t matter. They still TELL US the age and any other information we want to know whenever it’s reasonably available. Don’t just suddenly try to convince us higher ages / age statements are bad (here’s an example), drop them, mis-label, confuse consumers with silly arguments, and then fail to actually tell us what’s in the bottle.

Instead, do as Four Roses does. Put the age information on your website, even if it is a blend or range of ages. Tell us if you’re asked. Tell us what the mashbill is while you’re at it. Tell us enough so that we don’t feel like you’re trying to convince us something is good when it really isn’t, that your whiskey is something it isn’t, and so those of us who actually care have something to go by instead of just rumors. If it is really just a minority of us who actually care, then you’ve got nothing to lose and everything to gain.

So how to avoid the Catch 22? Here’s my answer:

Don’t follow history and switch back and forth from NAS to age stated purely for marketing purposes based on supply and demand. Do what you need to do to get your product to market, but share with us via your website what is actually inside the bottle if it’s not feasible for the label. If you do choose to compromise quality get ready to deal with it, and under no circumstances try to convince us it’s better that way with silly arguments. Plain and simple be honest about what’s inside the bottle and don’t make us hunt for this information - surely there’s enough evidence to prove this route leads to success and respect within the industry.

Some Additional Thoughts on Age Statements:

Thoughts from All Things Whisky’s Curt, note the photo within the article - wouldn’t it be great to see something like this on the back of every bottle? 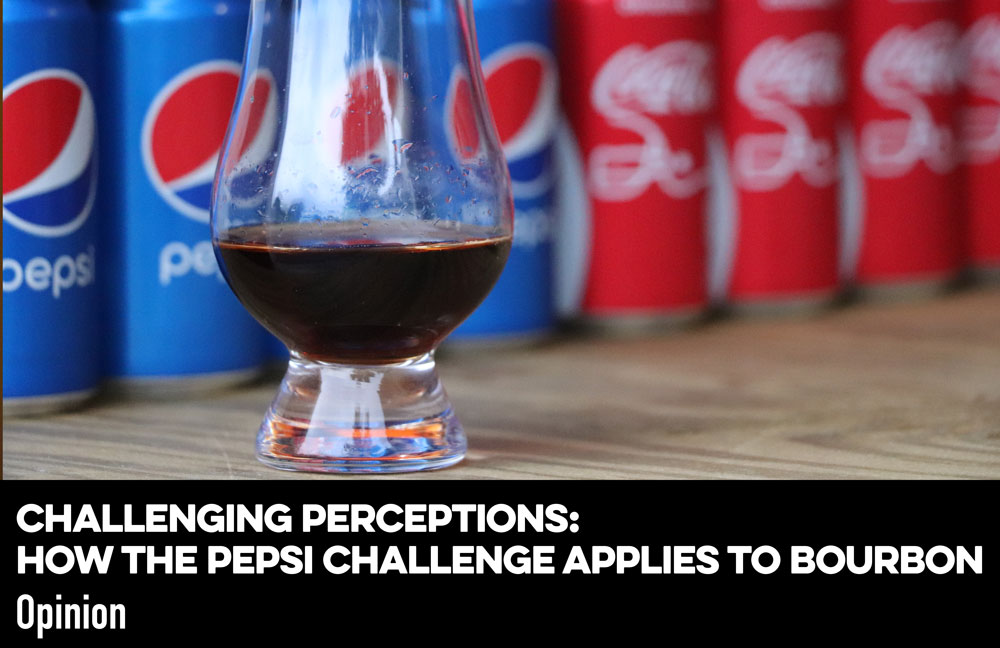 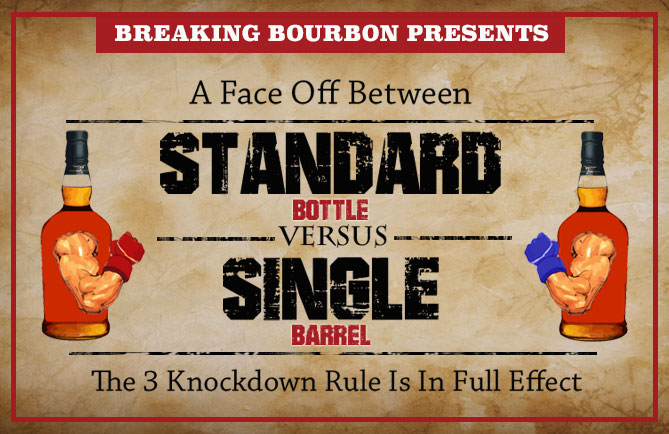