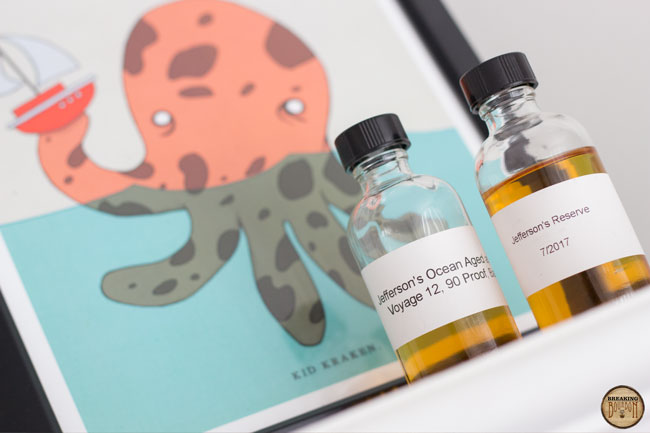 It’s been some time since we last checked in with the Jefferson’s Ocean Aged at Sea series. Nick reviewed Voyages 2-4, giving the highest mark to Voyage 2. With a Wheated Ocean and Jefferson’s Journey (bourbon traveled by boat from Louisville to NYC) expected in 2018, it seems fitting to take another look at a more recent Ocean release. We were curious to see how a recent release tastes, how it compares to previous Ocean releases, and how it compares to the standard Jefferson’s Reserve.

Voyage 12 opens with rich butterscotch which is quite assertive at times on the nose. Floral and bubblegum scents also pull through combining into a gentle aroma that is quite pleasing. A unique flavor pops on the palate. It’s not in-your-face different, but more subtle. I wouldn’t go as far as saying it’s straight up salty, but it does have a brine-like quality and even a hibiscus-like flavor to it. In a way it also tastes like the malted barley got enhanced to a degree by the voyage. Not so much that it tastes like a single malt whiskey, but more so than a typical bourbon. This trails off in the finish as oak takes over and leaves a slight dry aftertaste.

Jefferson’s Ocean Aged at Sea has always had to fight against the gimmicky moniker, as aging bourbon on a boat will do that. There’s no way to tell for sure if the standard Jefferson’s Reserve Bourbon is the same bourbon that also goes into Jefferson’s Ocean, or if it’s some variation of it. Comparing them directly to each other, there is certainly a difference in taste. Jefferson’s Reserve has a very traditional flavor profile that is a bit more brash both in its palate and finish. Voyage 12 is mellower and this brings out a bit more nuances in the flavors. Its unique tasting palate simply offers something a little different. This of course also comes at a premium price point.

Tasting Voyage 12 against Voyages 2 and 4, all three have elements that made them taste different than you would normally expect bourbon to taste. Voyage 2 has its thick mouthfeel and burnt brown sugar, whereVoyage 4 has more earthiness. We’ll never know if these bourbons had these elements before being aged on a boat, but tasting them now, as subtle as they are, it’s evident they bring something else to the glass that the standard Jefferson Reserve doesn’t. Call it a gimmick if you want, but it’s clear Jefferson’s Ocean Voyages are unique tasting and are a better sip versus the standard Jefferson’s Reserve. In the end it will be up to the individual drinker if these oh-so subtle changes are enough to warrant its premium price. However after this many voyages, cask strength versions, store selections, and new variations on the way, one can conclude that they just might be.

‍The sample used for this review was provided at no cost courtesy of Pete. We thank him for the sample and for allowing us to review it with no strings attached. 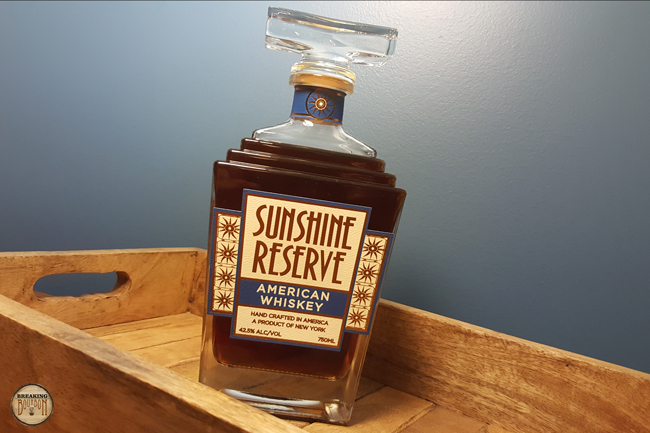