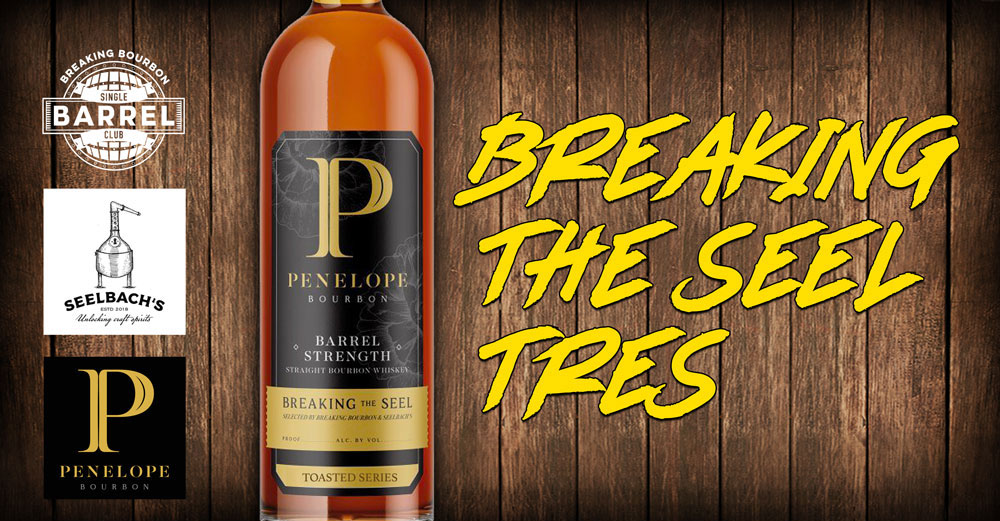 For this pick, we partnered with Seelbach’s, which was founded by Blake Riber, also the creator of Bourbonr and the Bourbonr Facebook group. An online-only retailer with a twist, last year we interviewed Riber to discuss how he’s running his shop differently than everyone else. “Unlocking Craft Spirits” he calls it - seeking out up-and-coming craft distilleries and learning about their process and tasting through their products to find hidden gems.

“Breaking the Seel” Part Deux follows our first and second editions of Breaking the Seel, which were released previously. For Tres we selected three barrels, each with a different mashbill to create our starting point: a custom 4 grain blend. Blending using mL, we landed on a blend that was 3 parts 99% corn bourbon, 1 part 45% wheat bourbon, and 5 parts 21% rye bourbon, which coincidentally correlates to the “315” area code. Anyone living in Syracuse, NY or the surrounding area will know this, and it’s home to Nick and Eric as well.

From there we finished the blend in a char 2, heavy toast, new American white oak Speyside barrel. After blending, the finishing barrel was filled on 8/23/2021 and eventually dumped on 3/4/2022, making for a finishing time in excess of 6 months. We tasted periodically during that time to get a gauge on how the bourbon was changing. Because the blend itself was more bold to start, the goal of the lower char was to balance out the blend’s rough edges and potentially add flavors of butterscotch and vanilla.

Finishing is a process that can yield mixed results. Finishing for too short of a time may not add much to the base whiskey, but finishing too long can ruin it. Moreover, starting with a good whiskey means there’s a chance it can get worse. We’ve reviewed plenty of finished whiskeys, so we know this all too well. But with the help and careful eye from Penelope’s Danny and Mike, we held careful and consistent watch over the progress of this barrel throughout its finishing time. We’re very happy with the result. What resulted is a bourbon that’s richer, more balanced, and more complex than it was before it was finished, making the additional process worthwhile.

We invite you to try this carefully curated finished blend, and in doing so consider the bourbon’s journey from start to finish as you explore its complex and nuanced flavor profile.

Toasted brown sugar and baking spice on the nose. It's a sticky bun with orange frosting. Lots of juicy fruit and peach tea. There's lots of baking spice on the back palate. Cinnamon pops of the finish while it transitions in pear and cigar box cedar. - Blake Riber, Seelbach's