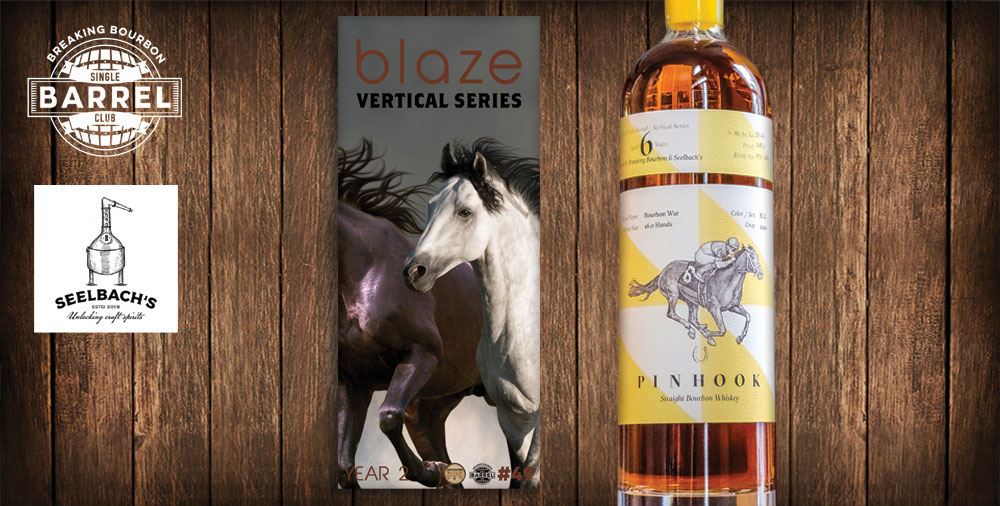 Much like our Pinhook Rye Vertical Series club picks, we’re lucky enough to be one of only a handful of groups who will be able to follow this series from start to finish by picking a new barrel in the series over 8 years. In typical fashion, we went all out with our Single Barrel Club sticker for this special set of releases. With each Pinhook release featuring a different horse, we ran with that idea and created an 8-part sticker series that, when combined, creates a beautiful panoramic picture of galloping horses. We’re really excited about this latest single barrel release and we hope you will be too.

For this pick, there was a clear favorite among the three barrels we tasted. Ample sweet flavors against a rye structure, the bourbon at its now 6 year mark is starting to show clear signs of overall balance. We also detected an interesting anise note, that really added a layer of dimension to this bourbon and complemented the sweet fruit and structured spice notes nicely.