Distillery: Sourced (blend of bourbon from MGP and single malt whiskey from Stranahan’s)

Founded by Jess Graber and originally introduced in 2014, Tincup American Whiskey is the company’s flagship product, and now referred to as the “Original.” The Tincup company is located in Tin Cup, Colorado, and like its sister company Stranahan’s, Tincup Whiskey is cut with Colorado’s Rocky Mountain Water. Tincup American Whiskey is a bourbon-style whiskey, combining a high-rye bourbon distilled and aged in Indiana, with a small amount of single malt distilled and aged in Colorado. Each whiskey used in the blend has been aged in char #3 barrels.

A waft of caramel combines with delicate baking spices and a hint of orange peel. The nose is quite light overall, requiring a deep inhale to pull out these scents. As a result it’s serviceable, but not necessarily memorable.

Light rye spice sets the tone, with sweet summer fruits and a dash of cinnamon coming forward on the backend. It has a light body with a thin mouthfeel, though it delivers slightly more oomph than the nose. This is to be expected at the low proof point, creating a level of approachability the masses will likely enjoy.

Tapering spice and crisp green apples come forth, but drop off quickly, making for a short but clean finish. Again there is nothing off-putting here, however there is nothing particularly notable either.

Tincup American Whiskey is a blend of predominantly high rye MGP bourbon and a small amount of single malt whiskey distilled at Tincup’s sister company, Stranahan’s. While the single malt component is said to be only a small portion of the blend, it does seem to influence the overall flavor profile enough to make this taste slightly different than you would expect from a high-rye MGP bourbon.

With that being said, Tincup American Whiskey’s low 84 proof does not do it any favors. While I understand the target market for this whiskey is not bourbon purists seeking higher proof, full-flavored pours, Tincup is ultimately thinner than I would like it to be. An additional 6-10 proof points might put this in better territory, which would also allow the single malt component more room to shine.

Everything about Tincup Whiskey screams fantastic marketing. The beautifully designed bottle topped with an eye-catching tin cup, is only surpassed in style by the company’s website and social media feeds featuring photos of rugged outdoorsmen sipping Tincup in front of snow-capped mountains. Because of this marketing, on the surface this would appear to command a high price tag, but the reality of the matter is Tincup American Whiskey retails for only $30. In today’s marketplace, it’s hard to complain about anything less than $30, and this is no exception. While it’s not a whiskey bourbon enthusiasts will get excited over, it certainly offers a reasonable price tag for those seeking a milder sipping experience.

Tincup’s flagship product, American Whiskey is geared towards those seeking a low proof, easy-sipping whiskey with a high-end look and feel.

Tincup’s packaging and marketing is really good, maybe a little too good. While my initial inclination is typically “great marketing is there to hide bad whiskey,” I have to remember that the target market for many whiskeys is not necessarily me. Moreover, effective marketing and nice package design should be embraced with any product type, and whiskey is no exception. Pulling past that, the price is surprisingly low given the look and feel of the bottle. There’s nothing wrong with the whiskey either, it’s completely serviceable and even slightly interesting, it’s just quite thin and light ultimately doing little to leave a lasting impression. However, if you prefer a lower proof and enjoy sweeter whiskeys, this is for you.

Buy Tincup American Whiskey at Frootbat
‍The sample used for this review was provided to us at no cost courtesy its respective company. We thank them for allowing us to review it with no strings attached.
360 video 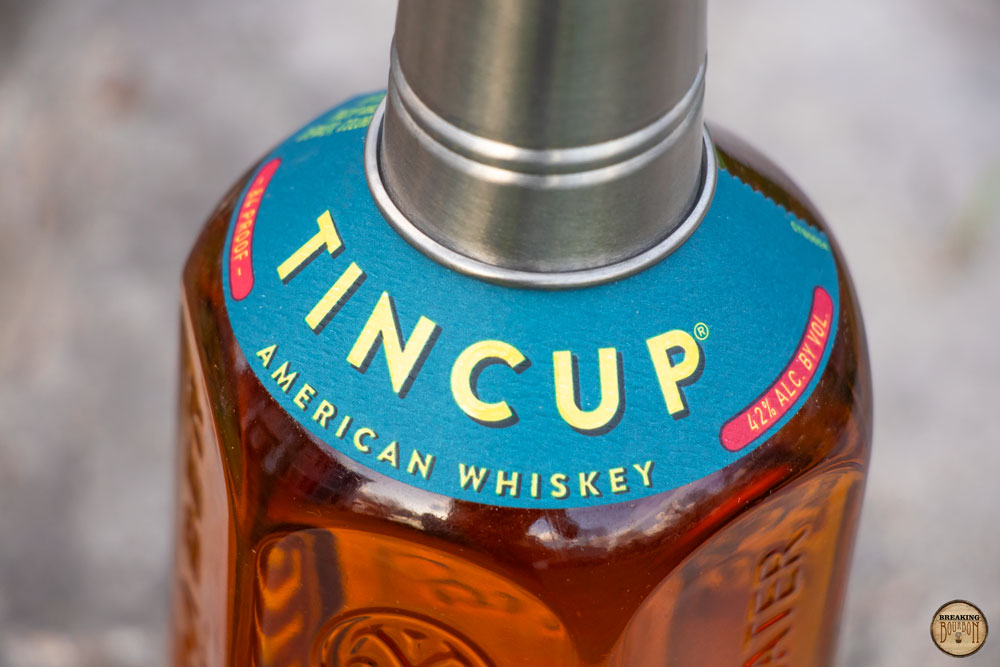 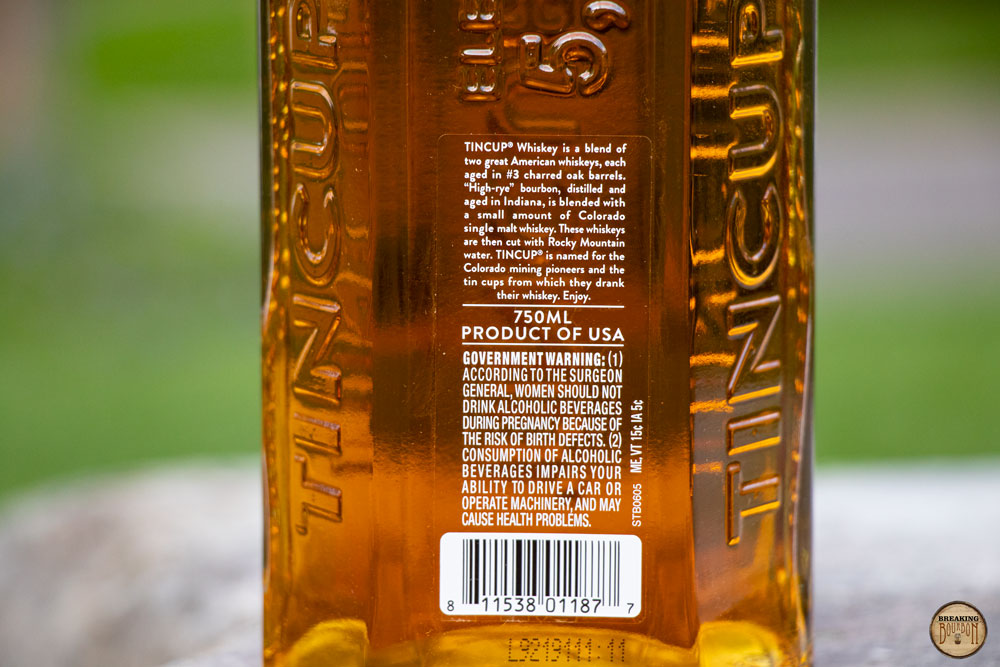 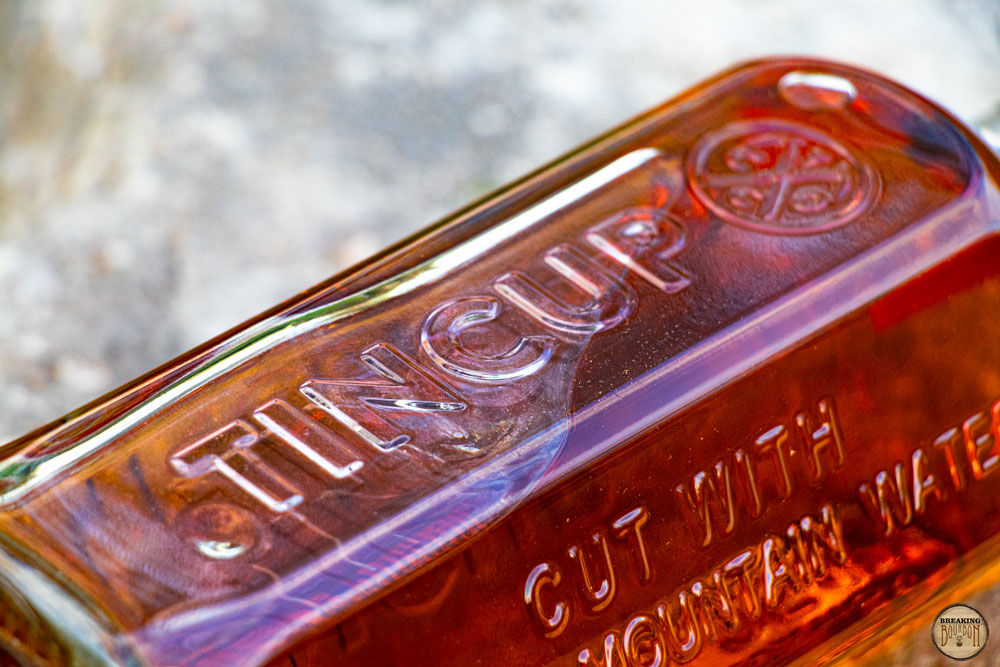 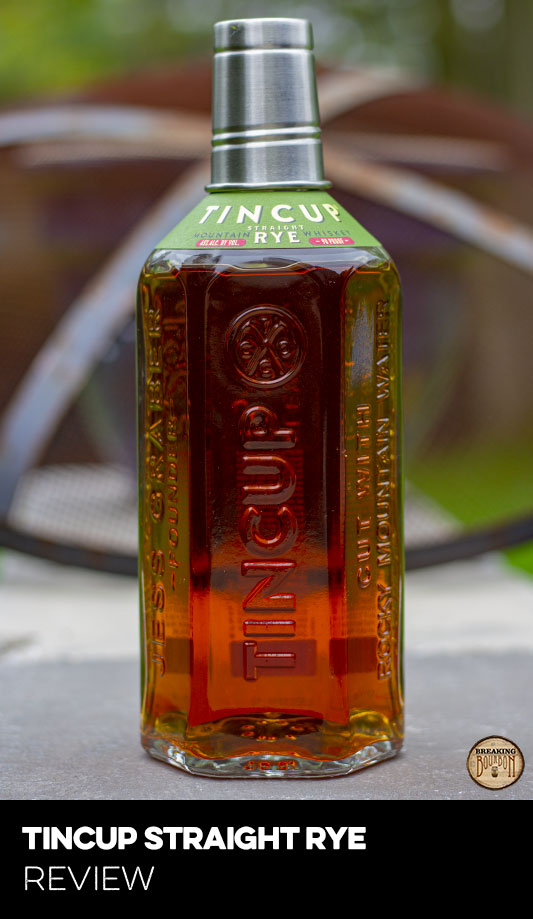