The company states that the name Square 6 “pays homage to the original plot of land—Square 6—where Evan Williams built Kentucky’s first commercial distillery in 1783. In 2013, the Evan Williams Bourbon Experience was built on the same block as the historic plot.” Square 6’s high-rye mashbill represents a new bourbon recipe under the Heaven Hill Distillery portfolio.

The limited release bourbon is only available at the Evan Williams Bourbon Experience, as well as select Kentucky retailers.

A youthful scent of corn wafts out of the glass and intertwines with bold fresh dough. Hints of fresh grain swirl underneath along with a faint hint of rye spice and fresh ground white peppercorn. When Heaven Hill calls the still at the Evan Williams Experience artisanal, they mean it, as the nose is full of youthful scents that remind you more of an upstart craft distillery versus the standard bourbons that you’re used to coming out of Heaven Hill. The end result is a nose that smells a tad too doughy with overwhelming youthful scents that are not an ideal way to open up the sip.

The youthful theme carries over with fresh oak and overly sweet corn oil popping up front. Thankfully a few more noticeable flavors start to weave their way in amongst the youth as hints of buttered popcorn, vanilla, rye spice, leather, peppercorn, and fresh baked bread appear. These added flavors help to elevate the palate ever so slightly, bringing forth flavors that are acceptable but not much beyond that.

The bourbon's high rye mashbill flexes its muscles the most in the finish. It’s subtle yet all forceful as a pop of spice kicks things off resulting in a pleasing pillow of heat. These are quickly joined with leather, new oak, and a sweet vanilla and corn combination. As the leather and vanilla fade, the remaining flavors continue to meld together and linger. The end result is a finish that carries through the theme of youth yet still manages to provide for a suitable way to round out the sip.

Square 6 is a unique proposition. When you think of Heaven Hill, you think of one of the largest bourbon distilleries in the world. They are a company best known for pumping out hundreds of thousands of barrels a year and bringing to market both crowd favorites, such as Elijah Craig Small Batch and Evan Williams 1783, along with highly sought after and hard to find limited releases, such as the Parker’s Heritage Collection. Yet, here they are with Square 6, a bourbon that comes from an artisan still that produces a single barrel of bourbon a day.

Really, the distillery at the Evan Williams Bourbon Experience is best compared to a craft distillery. However, where a craft distillery usually has a goal to grow their distilling capabilities to reach a larger audience, Heaven Hill is trying to take their industrial bourbon crafting capabilities and go the opposite direction. The still at the Evan Williams Bourbon Experience is tiny and their distilling capability isn’t meant to be grown. Instead it’s a way for the company to show that they can both distill at a macro level and also have the chops to distill at a micro level for small-run limited releases.

The resulting bourbon is best compared to what you would find coming out of an upstart distillery. It’s youthful, yet shows promise of what could be if the distillery added age or worked out the kinks. Except in this case neither will most likely ever come to be. It’s perplexing and an interesting case study around what happens when a distillery tries to go back to their roots.

While Square 6 is clearly reminiscent of a young craft bourbon, the most interesting aspect of it is its mashbill, which Heaven HIll created just for this release. Its flavor profile is subtly similar, yet completely different from the rest of its brand lines. For those that are die-hard Heaven Hill fans, they’ll definitely find this exciting. However, if this happens to be someone's first introduction to the Heaven Hill family, they’ll be in a world of delight when they discover the company’s other more robust bourbons on the market.

Taking all of the above into consideration, Square 6 is one of the more unique bottles produced by a major Kentucky distillery. Not for its flavor profile, but more for the fact that this is being produced by one of the largest bourbon distillers off of one of the smallest stills that’s not owned by a craft distillery. In a word, it’s all very meta.

As with anything artisanal, you expect there to be a steep price tag, and Square 6 definitely meets that expectation. Coming in at a whopping $90, I’m shocked at how much Heaven Hill is asking for this bourbon. I get that craft distilleries need to charge a high premium for their goods to cover startup costs, as they try to build enough capital to expand their brand and reach economies of scale. In Heaven Hill’s case, they’ve reached that milestone long ago..

This is the same company that sells their Parker’s Heritage collection for $30 more, or sells many of their popular bourbons, such as the aforementioned Elijah Craig Small Batch or many of their Evan Williams bottles for under $45. If you’re into the flavor profile of a young craft bourbon you can usually go to any upstart distillery and buy the same experience for a much cheaper price. I understand that Heaven Hill feels you should be paying for the limited nature of this bourbon, in this case, the resulting sip is worth nowhere near the asking price.

Square 6 Straight Bourbon is an interesting proposition of a large distillery trying its hand at being an artisanal distillery at a price tag that fails to align with the resulting whiskey.

Square 6 Straight Bourbon has all the markings of a hot limited release: a good backstory, a small run, and an “X factor,” which in this case, is a unique Heaven Hill mashbill. It also comes with a higher price that is typically associated with a limited release. It’s this high price tag combined with the bourbon's youthful craft-like sip that’s full of corn-filled and bread-like scents and flavors, that makes this bourbon hard to justify. If you’re a collector of Heaven Hill bourbons, I could see a decision being stretched and justified, however for everyone else this is a bourbon where the asking price pushes it over the edge.

Buy Square 6 Straight Bourbon at Frootbat
‍The sample used for this review was provided to us at no cost courtesy its respective company. We thank them for allowing us to review it with no strings attached.
360 video 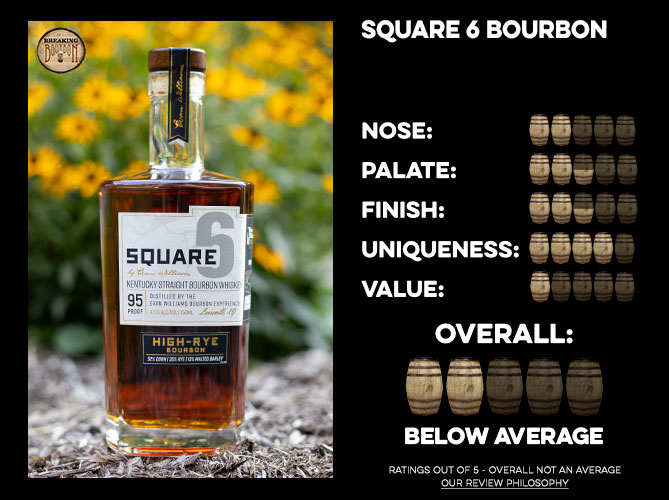 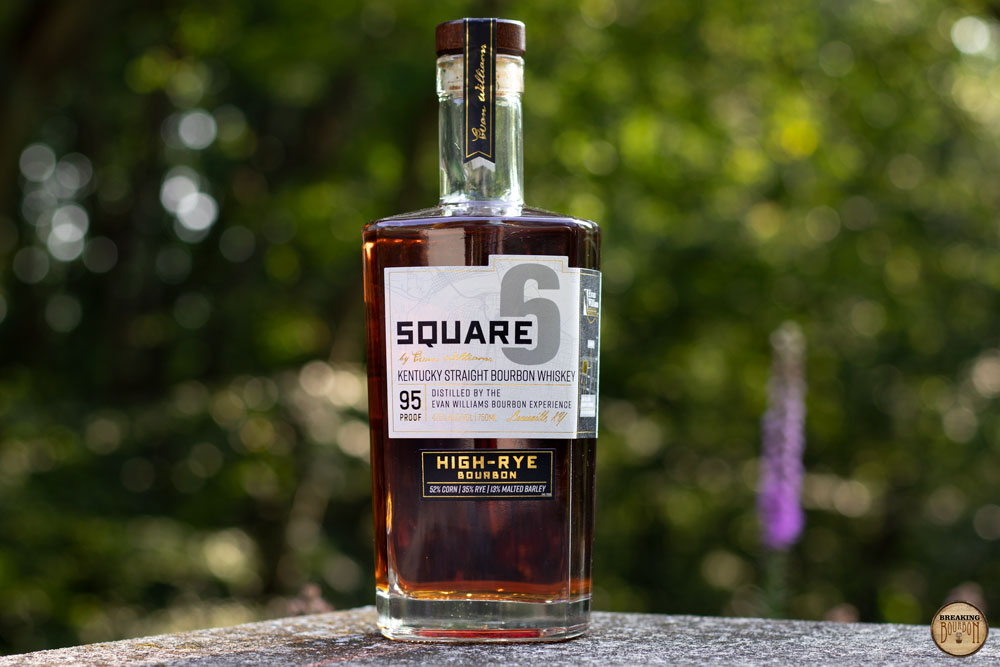 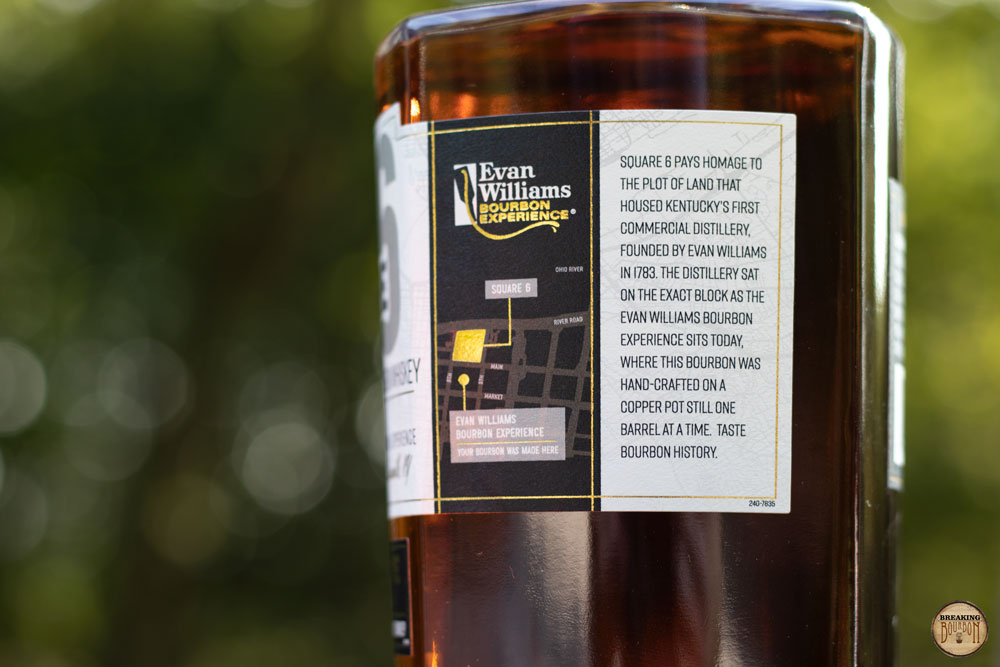 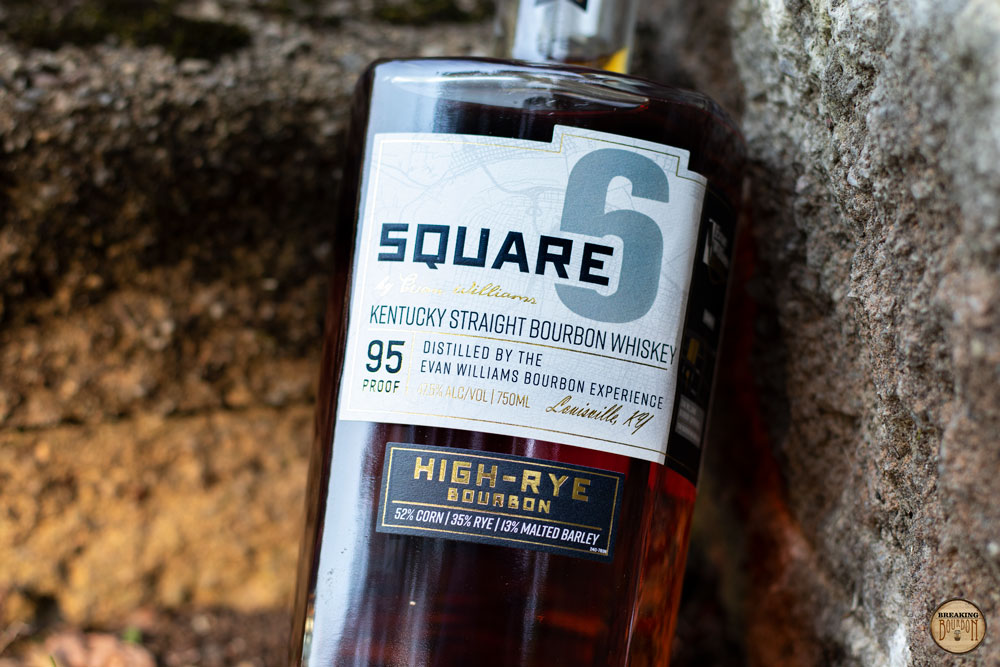 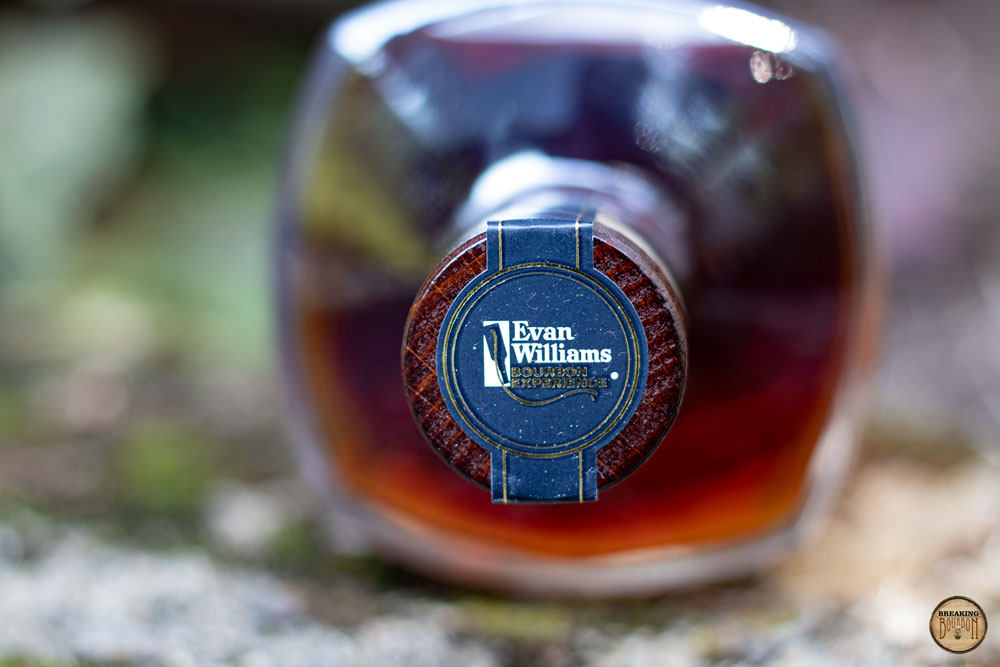 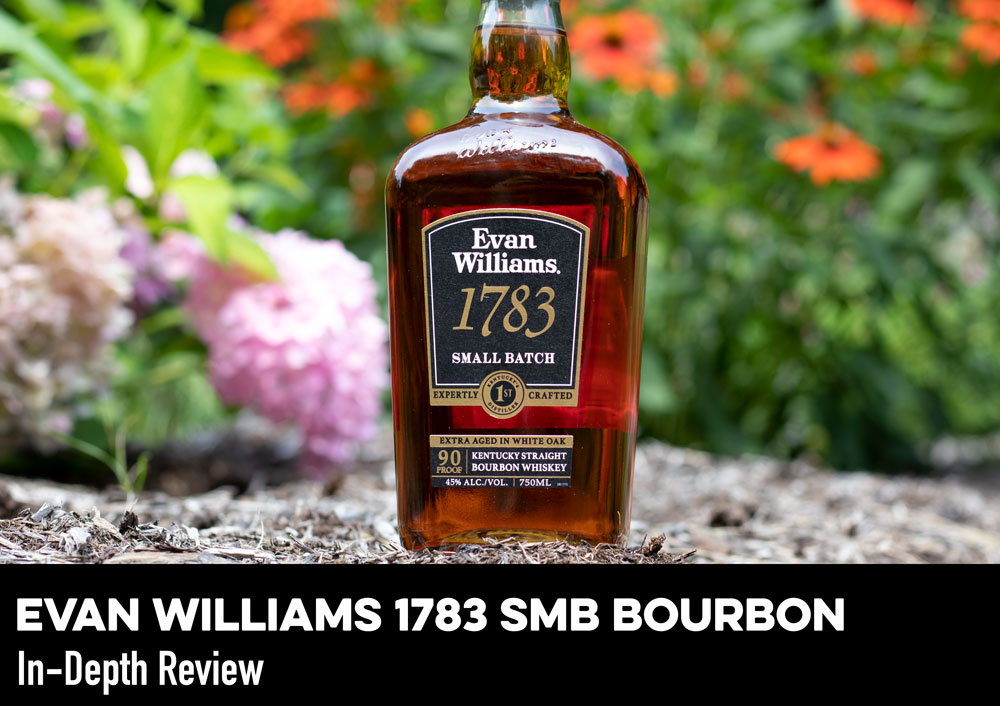 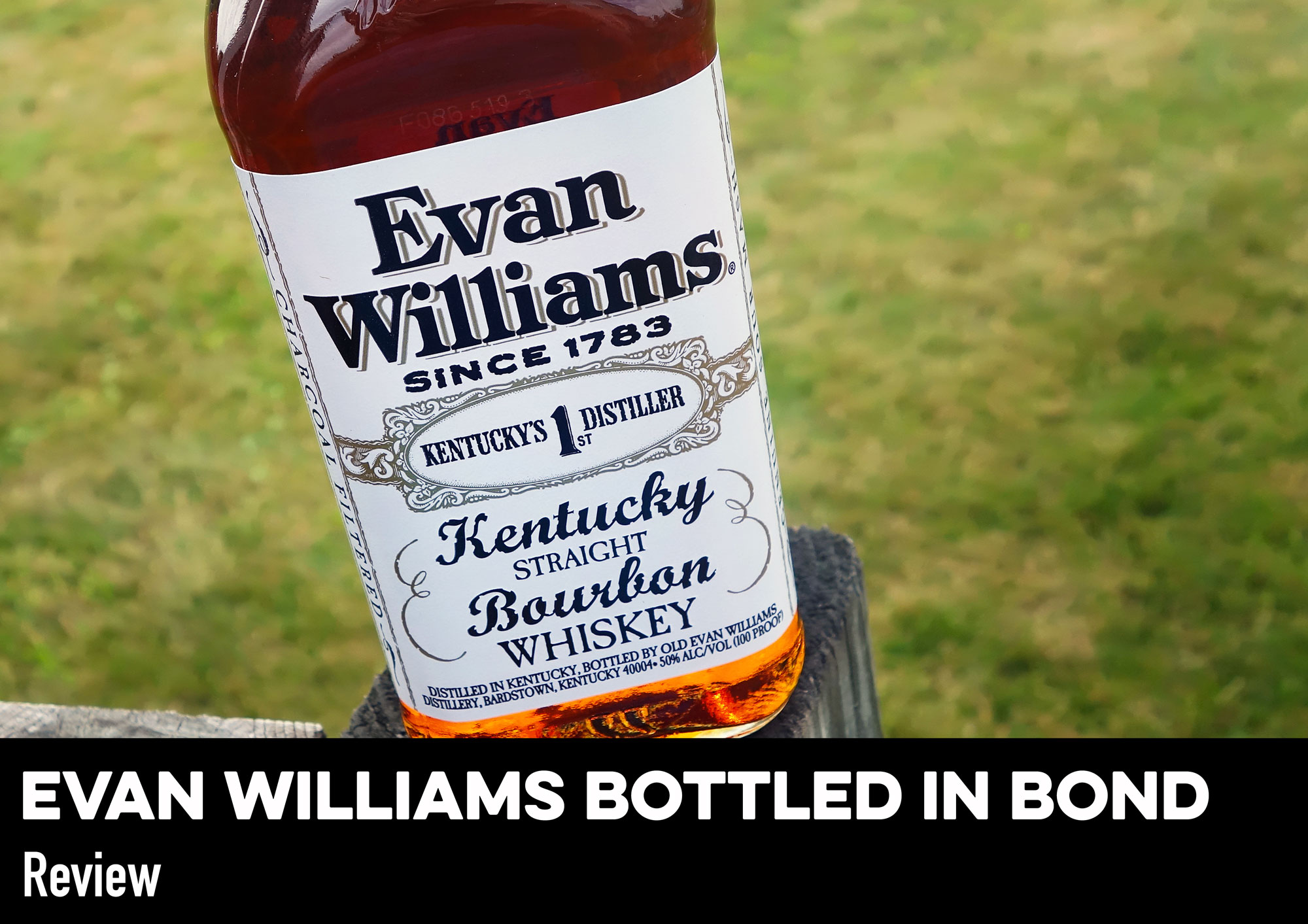 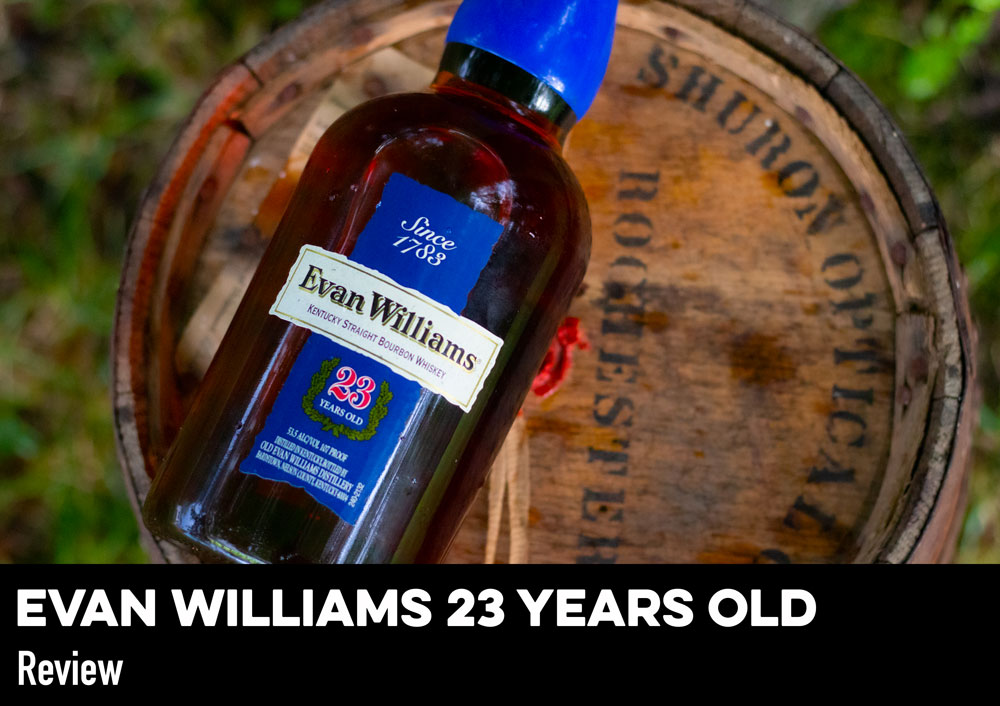