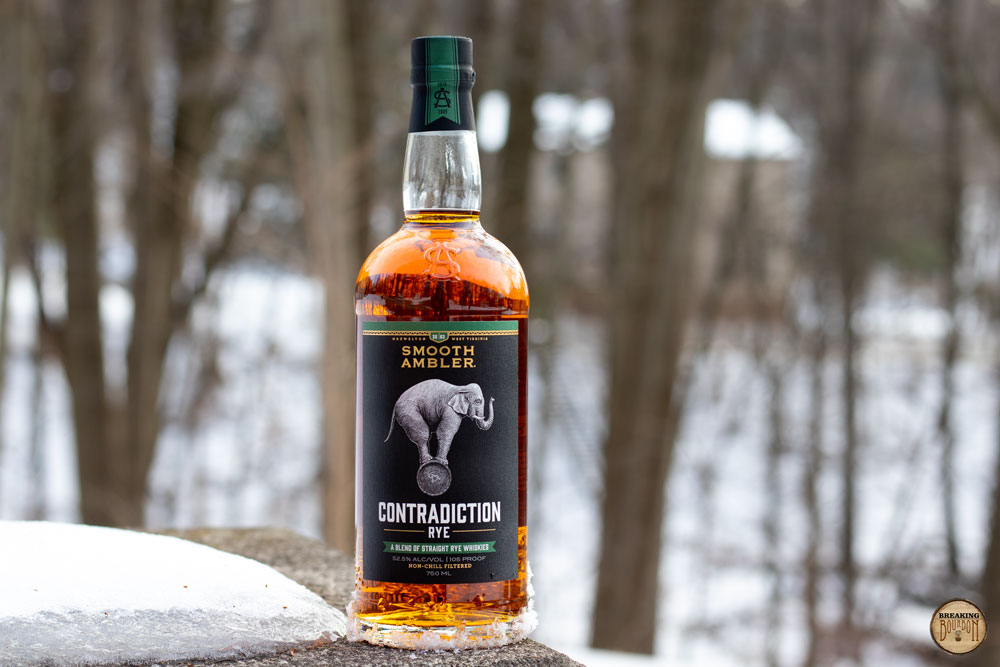 The rye being reviewed is batch number 8 and was bottled by Sarah.

The rye doesn't shy away from instantly displaying its proof, as bold scents kick things off with baking spice, rye spice, and a dab of ethanol. Mingled in are cinnamon spiced apples, dry cinnamon stick, lightly toasted oak, and a faint hint of sweet summer fruits. It’s an interesting and nicely effective way to open up the sip.

Sweet baked bread and cinnamon are immediately noticeable. Dissecting further quickly reveals a more dominant yet drier rye forward profile of rye grain, rye spice, and leather. Dry oak and light white peppercorn round out the backend. The mouthfeel is noticeably on the thinner side, and while the flavors are easily detectable, they come across as just being present versus adding anything meaningful to the overall sip.

The spice carries over from the palate and continues to build. Rye spice, light oak, and leather are the frontrunners, with a smattering of green peppercorn spice sprinkled in. As the finish settles, the heat from the rye spice crescendos and is joined by dry oak. These two flavors ride the finish out and allow it to conclude in suitable fashion.

When Smooth Ambler released their Contradiction Bourbon over five years ago, it helped work as a bridge to transition the brand from the sourced stock they traditionally used for their releases to their own distillate. The blend was semi-novel at the time and came across as a love it or hate it product. Since that time however, it has solidified itself as a core Smooth Ambler product. While Contradiction Rye has some things in common, it also tries to stand out on its own from its established bourbon counterpart.

Whereas Contradiction Bourbon now blends a total of three bourbons into the mix, Contradiction Rye ups the ante by blending in four. Additionally, where Contradiction Bourbon is bottled at 92 proof, Contradiction Rye again one ups the ante further coming in at 105 proof. It’s these subtle tweaks that actually play well in Contradiction Rye’s flavor profile. The added proof allows its rye flavors to shine through and grants flexibility as a higher proof sipper or as a cocktail base. Additionally, each of the states that the rye was sourced from offers a slightly unique taste that mingles well when combined. That said, it’s not breaking any new ground either, as multistate blends have become increasingly more common in the marketplace over the last few years. That’s not a knock against the foundation of what Contradiction is, but it also isn’t a trait that is as unique as it would have been a few years ago.

Like most things over the last two years, American whiskey hasn’t been immune to the massive price hikes happening everywhere. New standard releases are often starting at over $60 and limited editions top $100 (and much much more) without batting an eye. Rare is it to see a distillery not try to take advantage of the marketplace, yet here we have Smooth Ambler Contradiction Rye. Credit needs to be given to Smooth Ambler on this one. Contradiction Rye isn’t the most praiseworthy rye that was recently released, however, what it may lack in the overall flavor profile, it makes up for with its $40 price tag. Smooth Ambler deserves credit for this move. This rye is priced low enough to enjoy as a sipper or to be used in rye-based cocktails, and affords consumers a chance to try a multistate blend at a reasonable price. Contradiction Rye is priced as a value play, and Smooth Ambler deserves a nod of approval from consumers on this one.

Smooth Ambler should be given credit for what they’ve done here. Contradiction Rye is a straightforward approachable rye that won’t knock your socks off, but it won’t break the bank either. That’s a rarity in today's crowded whiskey marketplace where brands try to justify higher pricing for their products based on the fact that they utilize a unique barrel finish, grain type, or even just the fact that they’re blending in multiple different sourced whiskeys alongside their own.

That said, Contradiction Rye needs to be noted as much for what it is as what it is not. This is a rye that may have a unique background and lower cost of entry, but it also offers a flavor profile that, while perfectly fine, won't leave you with a lasting impression either. It’s perfect for those consumers who have been curious about what it would be like to taste a whiskey that is composed of parts from multiple states yet haven’t taken the plunge due to higher pricing from other brands.

Buy Smooth Ambler Contradiction Rye (Batch 8) at Frootbat
‍The sample used for this review was provided to us at no cost courtesy its respective company. We thank them for allowing us to review it with no strings attached.
360 video 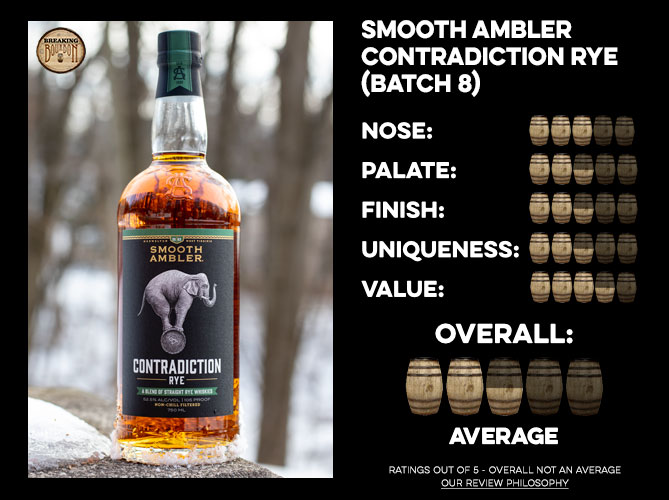 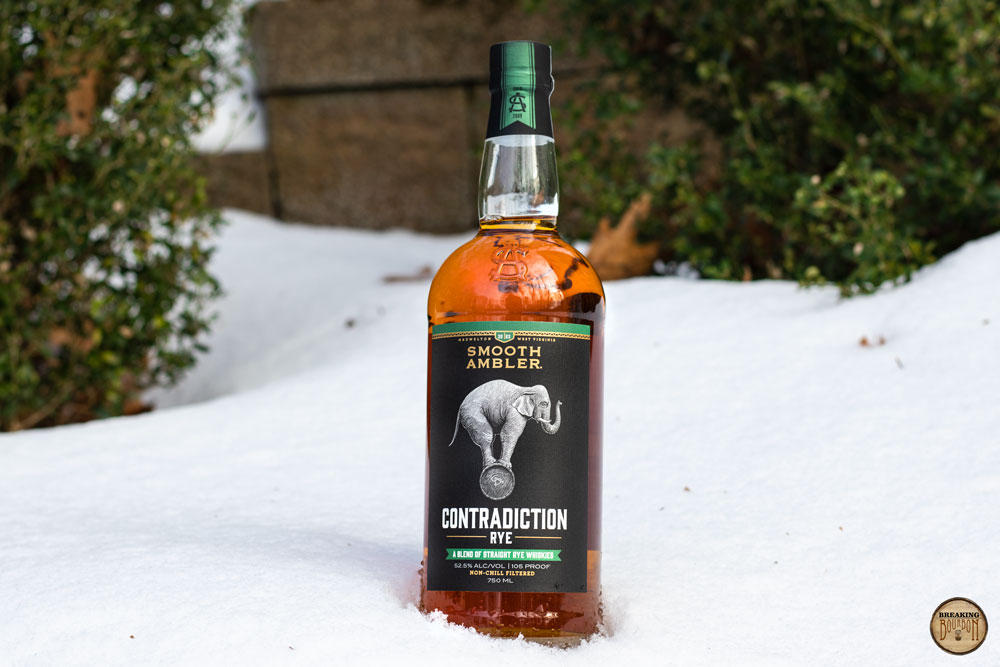 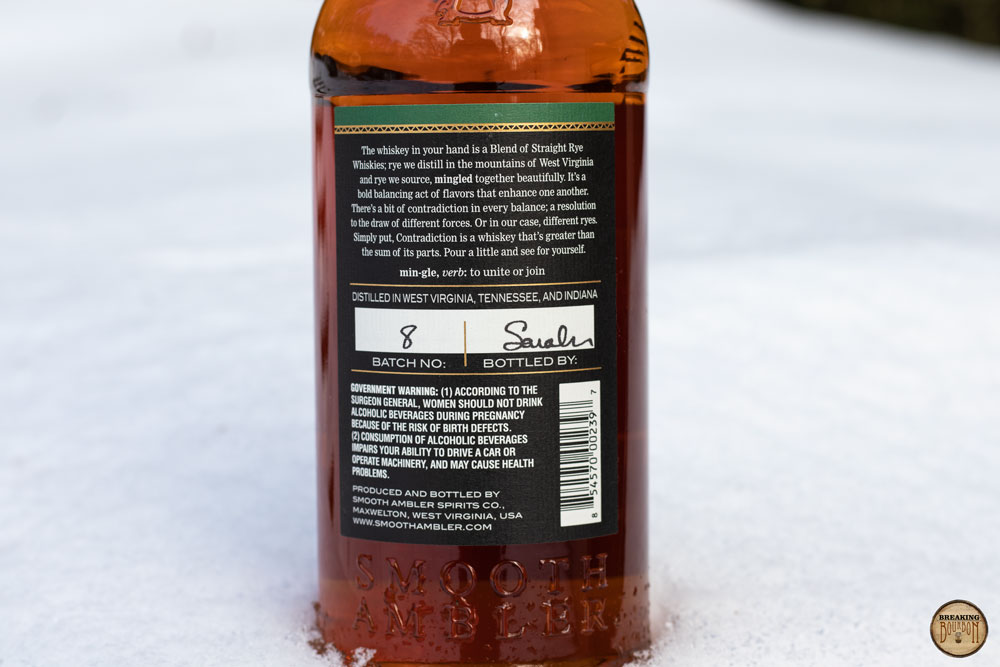 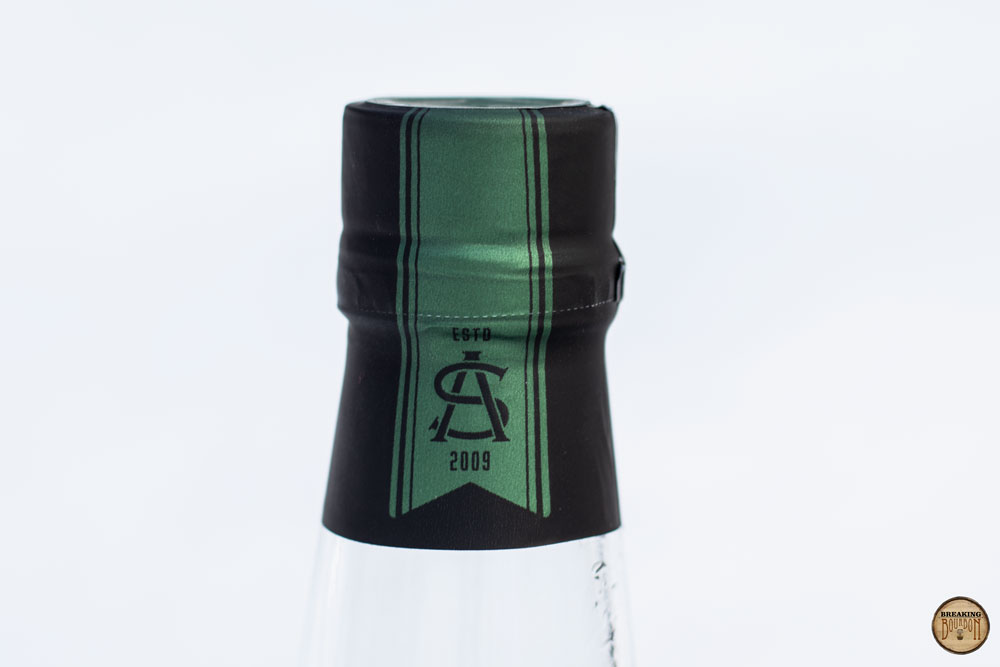 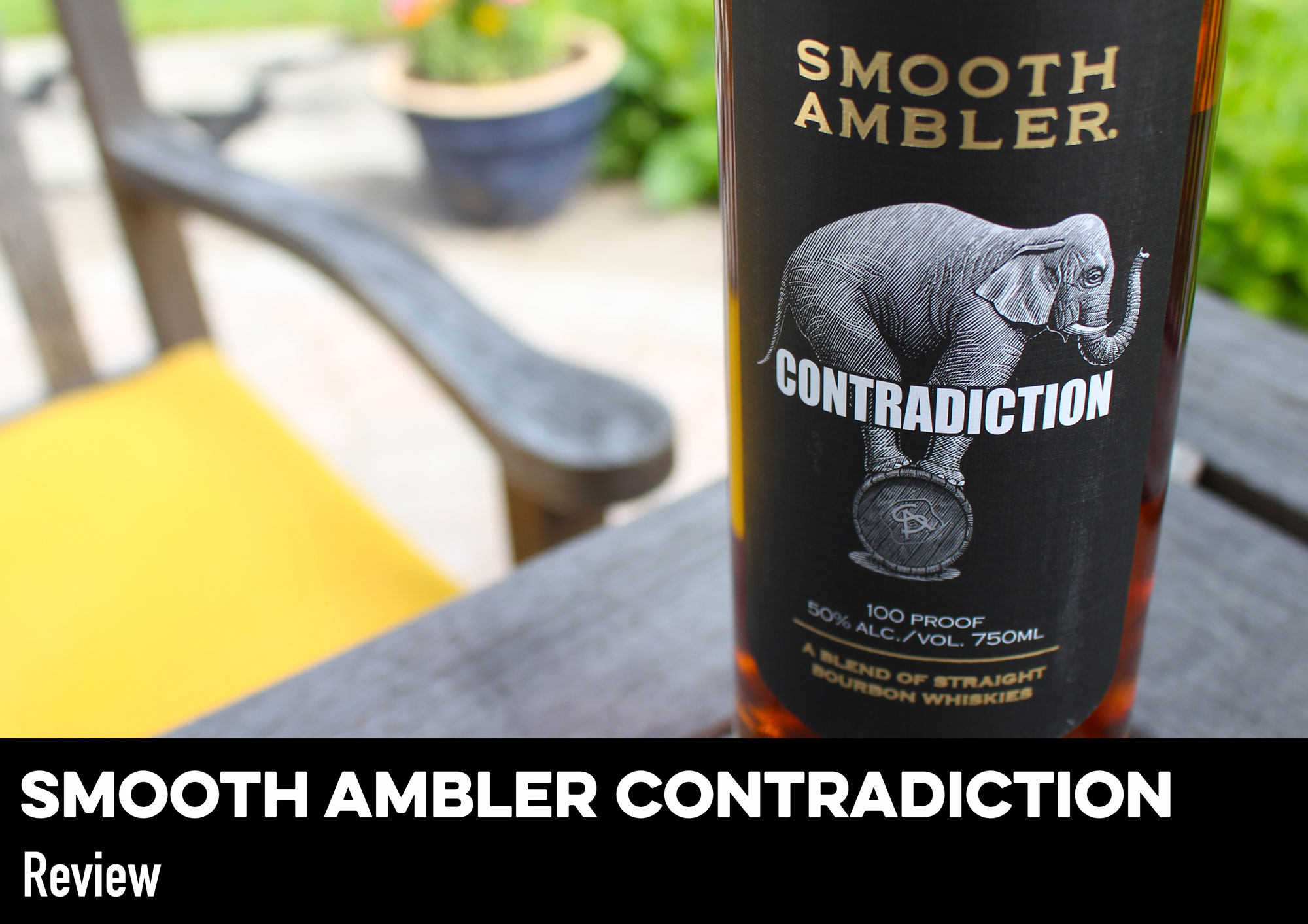 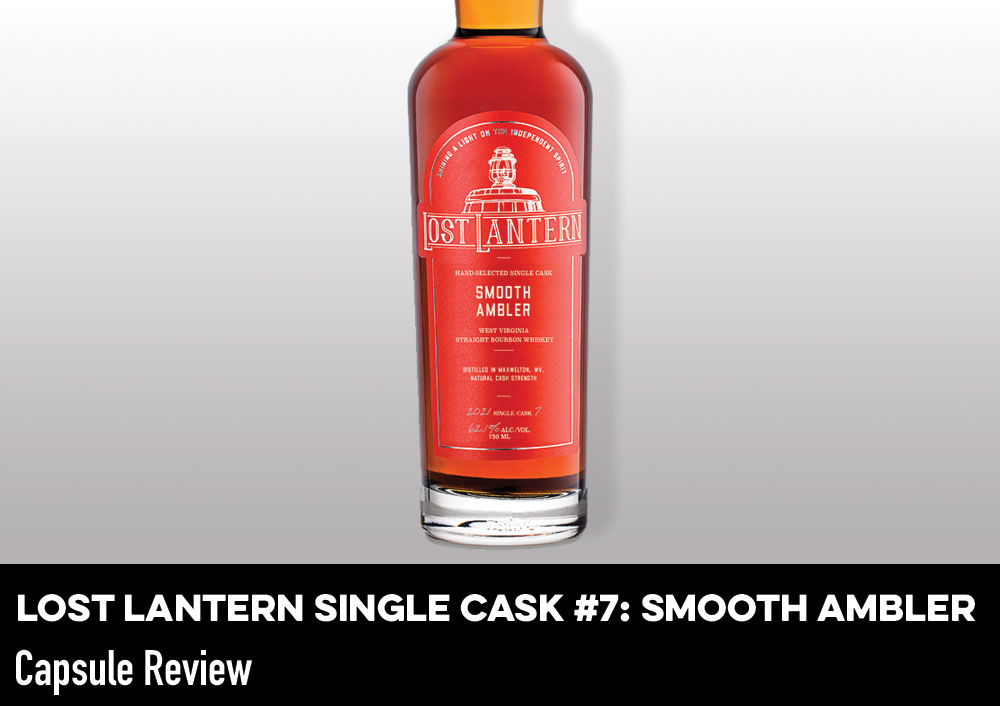