Luxco first released Rebel Yell 10 Year Single Barrel in 2016. Since then its packaging and label design have stayed mostly the same, but saw an overhaul in 2021. Every bottle comes with its barrel number and when it was put into the barrel written on its label. Curiously, the bottle we reviewed, like many others on the shelf, states it was put into oak in 2006. It is unknown if this is older than its 10 year age statement, or if Lux Row bottled these in 2016 and they have been sitting in a warehouse since then.

A very bright and expressive fruit-filled aroma bellows from the glass. Dominated by cherry, raspberries, and blueberries, the aroma is quite enjoyable and has more in common with a fruit-based cocktail than a bourbon. Past these notes lies a potent wheated grain scent that is often found in wheat beers, and gives the nose a rather odd underpinning scent. This mixture of scents works quite well in the end, and stands out for its uniqueness.

A complex brew of cherry, orange zest at the forefront before cinnamon, nutmeg, dark brown sugar, and dark chocolate take over. It hits sweet at first, before its more robust and oak focused side quickly takes over. Equal parts dank and dusty, this bourbon tastes old, perhaps older than its age statement implies. With so many rich flavors present, it does well to allow them to stand out on their own, yet blend together into a cohesive flavor profile as well.

Rich charred oak reigns supreme and brings with it some dryness and faint bitterness. The wheat grain once again pops up in the aftertaste and lingers. Fairly straightforward and limited in flavors, what it offers is potent aged charred oak that grounds the finish with concrete boots.

An age stated single barrel in 2016 was big news and rightfully so, as that was a time when age statements were an endangered species. Since then, just about every major brand has released a single barrel expression, many of which sport an age statement somewhat close to Rebel Yell’s. What stands out the most for Rebel Yell is its consistent quality. This is especially important because it’s a single barrel, but more impressive because it’s a sourced product). Notably, it’s also a wheated bourbon.

Despite growing numbers, rye bourbons still far outnumber wheated ones. This gives Rebel Yell a bit of an edge standing out in the crowded single barrel marketplace. But what makes Rebel Yell 10 Year Single Barrel more impressive is its age statement for a wheated bourbon. Outside the limited release of Old Fitzgerald Bottled in Bond whose age statement swings from single digit to double digits depending on the release, others such as Weller bourbons, Maker’s Mark, Jefferson’s Ocean, private selections of Larceny, and some craft distilleries, either don’t feature an age statement, or it's often less than 10 years. If my particular barrel is any indication, age makes a huge difference in the barrels Lux Row is sourcing for this brand. Less sweet than many of its contemporaries, its rich tapestry of dark flavors, aged oak, and a sprig of wheat grain pop differentiates it from every other wheated bourbon on the market.

Rebel Yell 10 Year Single Barrel started off in 2016 at $50, which was a good value even then. Five years later the price has only risen $10 and maintains its value cred. Of course throughout its lifespan, it can often be rather hard to find, and retailers particularly like to offer this product on a golden platter at huge markups just because of its perceived allure. There is little doubt the product is underpriced for the current market, but the over $100 price tag it can sometimes get slapped with is probably going too far.

Yet the product does have a lot to offer regardless of what price you’re willing to pay for it. With a decent track record of quality, double digit age statement, and it being a single barrel wheated bourbon, the bottle rightfully could warrant a higher price. On the price scale, Old Fitzgerald Bottled in Bond is double its price and despite not being a single barrel, is often the superior product - which is not surprising as Rebel Yell 10 Year Single Barrel might actually be sourced from Heaven Hill and you would expect the company to keep the best for themselves. Comparatively, there are plenty of craft distilleries offering single barrel wheated bourbons (often only in private selections), yet they are usually a lot younger. There are of course Weller Single Barrel and Pappy Van Winkle bourbons, but that’s all I’ll say about that. For the time being, Rebel Yell 10 Year Single Barrel is still the king of value town for what it offers.

A single barrel wheated bourbon with a 10 year age statement is eye-catching in and of itself, but with solid quality consistency and below market pricing, Rebel Yell 10 Year Single Barrel packs in the value.

The number of bourbons using wheat as their secondary grains has steadily risen over the past few years thanks to the furor over Weller and Pappy Van Winkle releases. Yet most are batched products without an age statement. Despite being first released to the market in 2016, no other brand has risen to challenge Rebel Yell 10 Year Single Barrel for its dominance in the age stated, single barrel wheated bourbon category. This is probably why the brand remains in demand and often sees markups at many stores.

Yet the bourbon remains a sourced product and Lux Row Distillers only has so much control over the product. Thankfully it has remained a consistent product for the most part, offering robust oak and wheat grain notes that makes it stand out from many other wheated bourbons on the market. As a single barrel product there will be highs and lows, but this bourbon seems to level off around a certain mark, never quite reaching the higher echelon wheated bourbons can reach. But that's OK, as it’s hard to pass up on a bottle that offers so much when it asks for so little in return.

Buy Rebel Yell 10 Year Single Barrel at Frootbat
‍The sample used for this review was provided to us at no cost courtesy its respective company. We thank them for allowing us to review it with no strings attached.
360 video 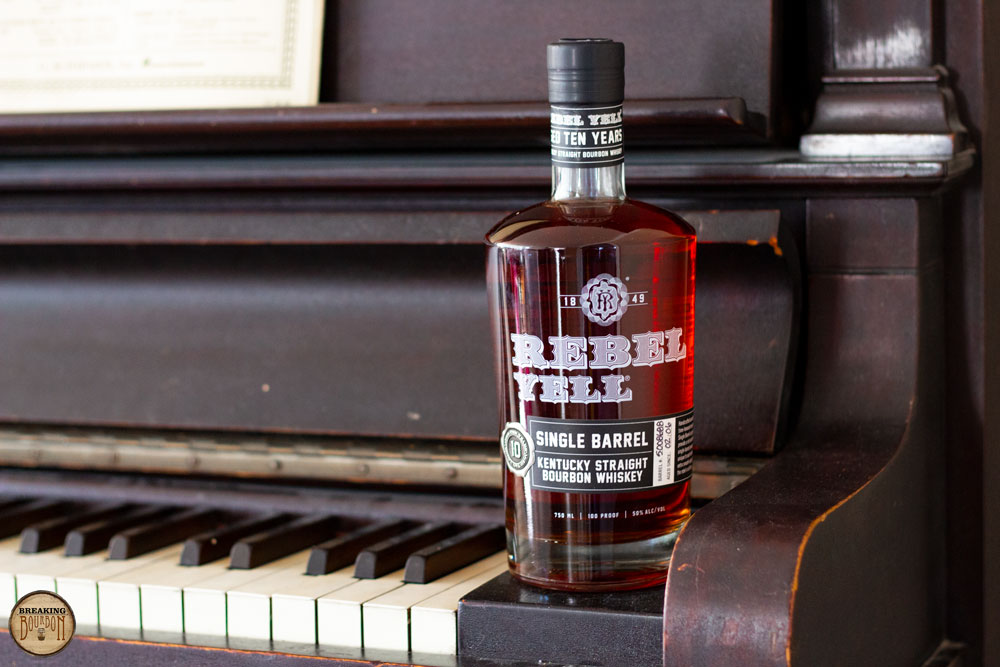 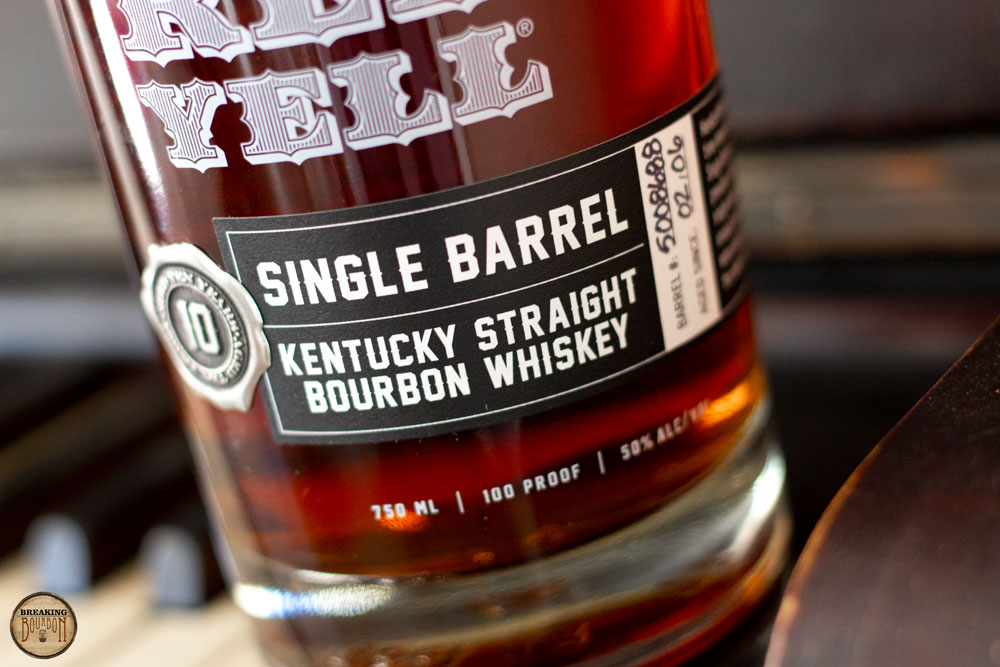 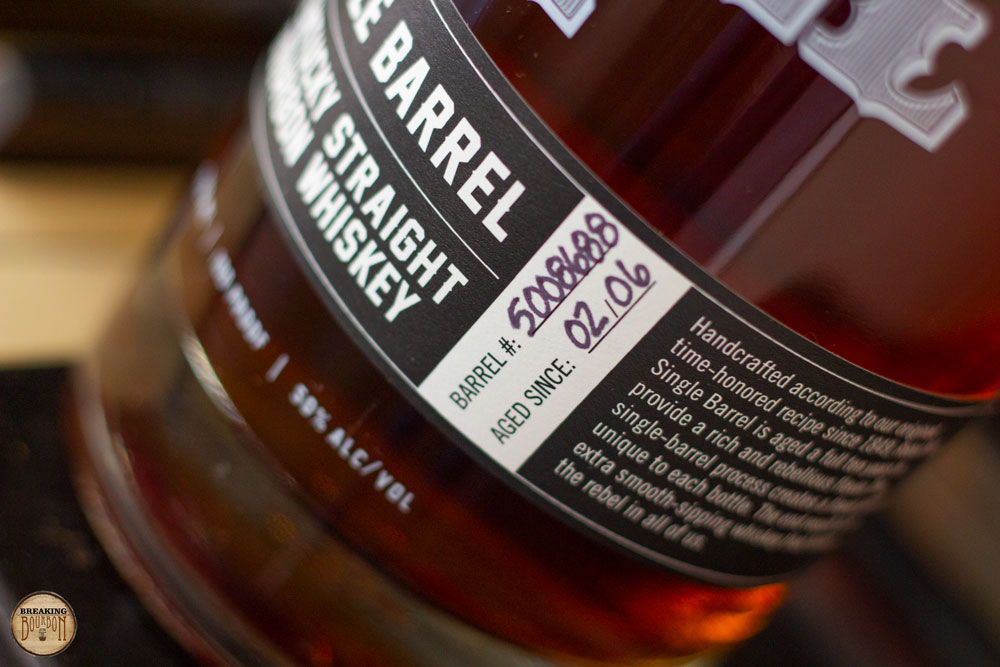 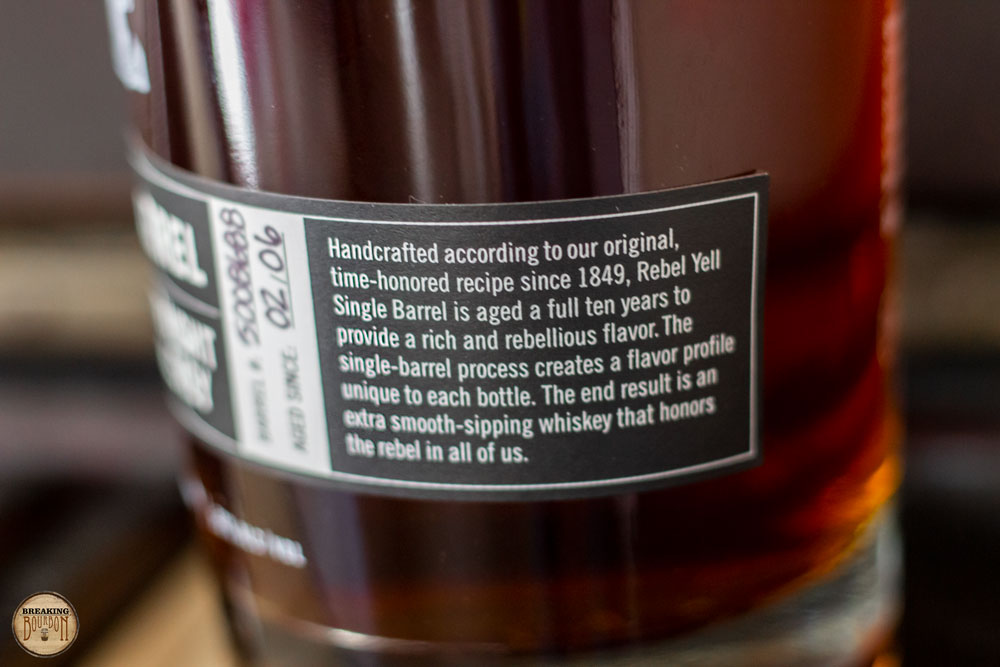 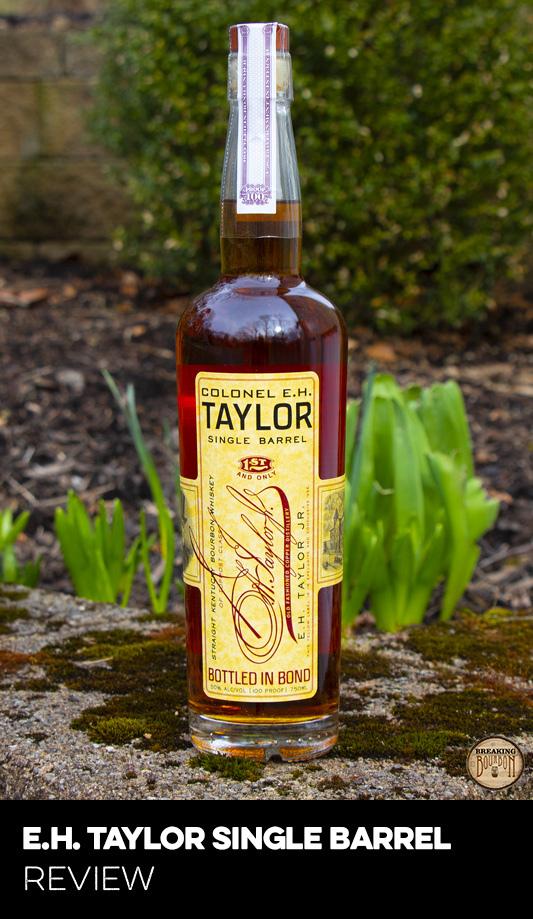