Nelson's Green Brier Distillery is steeped in rich history. The brand was started by Charles Nelson in 1860 and reached quick popularity, producing over two million bottles a year by 1885. However that success ground to a halt, as statewide Prohibition in Tennessee caused them to shutter the distillery in 1909. The distillery was resurrected by Nelson's great-great-great-grandsons Charlie and Andy Nelson, and opened its doors in 2014 in Nashville, Tennessee.

The nose starts with an intriguing combination of scents that you would find in a bakery. Fresh dough, wood sugars, fresh grain, and light baking spice spill from the glass. Beneath all the scents is an underlying hint of youth that doesn’t necessarily take away from the experience, however it is also hard to ignore. Additionally, there’s an ever so slight tingle of ethanol that quickly dissipates after the whiskey has a minute or two to breathe. Overall, it’s a fine way to open up the sip and tease what’s to come.

The impact of the Lincoln County Process is evident in the palate, as sweet wood sugars jump out. This sweeter note combines with more grounded flavors of oak, dry leather, and ground green peppercorn. Digging deeper you’re reminded of the wheat in the mashbill, as a chewy dough note mingles in with a slight hint of tannic wood. Overall, the mouthfeel is on the thinner side, and when combined with the youthfulness of the flavors present, leaves you wanting just a touch more out of it.

Dry oak and leather combine with a dough covered in white peppercorn. A flash of sugars briefly appears and is quickly overcome with a dry oak note. This oak note lingers along with a dollop of heat for a surprisingly long time. Unfortunately, the finish is a tad too dry and oak heavy, creating an unbalance of flavors.

Nelson's Green Brier Tennessee Whiskey is a tribute to the company’s storied past. While it’s easy to roll your eyes at another story of distant relatives reviving the family business, there is no denying that steps were taken to try to recreate what Charles Nelson originally bottled. When you think about it, Nelson started producing whiskey before even famed Jack Daniel did in 1875. That said, while Nelson may have gotten the head start, that doesn’t necessarily mean that time is on the company’s side.

When Nelson's Green Brier Distillery first started again in the 2010’s, they sourced bourbon and sold it under the Belle Meade brand (and still do today), while they began aging their own distillate. Today, Nelson's Green Brier Distillery is just one of many distilleries in Tennessee producing whiskey utilizing the Lincoln County Process. Others such as Jack Daniel’s and George Dickel have had a lot more time to perfect their product over the years, while Nelson's Green Brier Distillery was in a deep freeze. The result is that these distilleries have a deep range of products that highlight the complexity of Tennessee whiskey. It also means that even standard fare like Jack Daniel’s Tennessee Whiskey and George Dickel Superior No. 12 have had time to be tweaked and more or less perfected over the years.

The end result is that it’s harder for Nelson's Green Brier Tennessee whiskey to stand out in a crowded marketplace. Its flavor profile highlights strong hints of dough, oak, and drier flavors throughout the sip and has a hard time escaping the fact that it hasn’t spent a lot of time in the barrel, relatively speaking. While the brand’s history may be interesting, it’s not enough to differentiate the actual whiskey from others in the marketplace at this time.

Nelson's Green Brier Tennessee Whiskey delivers a sip that seems in line with what  you normally see for a smaller distillery that has been up and running for only a few years. It’s youthful, but might show signs of potential with more years in the barrel. But what makes it stand out from its peers, is its price.

Many reading this review will be familiar with the pricing of younger distilleries. To help alleviate startup costs, the initial whiskey produced is often priced at $50 or more. In the case of Nelson's Green Brier, the company decided to price it at a more consumer-friendly $30. While the whiskey itself isn’t earth shattering, it’s also priced appropriately for the sip it does deliver. I realize not all newer distilleries will be able to follow the lead Nelson’s Green Brier is setting, but it is one that I’d like to see more strive towards.

Showing off its wheated and Tennessee roots, Nelson’s Green Brier Tennessee Whiskey still has a little way to go to live up to the storied history that makes up its namesake.

Nelson’s Green Brier Tennessee Whiskey has a lot going for it: a storied past, utilization of the Lincoln County Process, and a family recipe dating back to the 1800’s. That said, its youthful, doughy, and oftentimes overly dry sip shows that it has a lot of ground to make up for it to truly stand out in the marketplace. For those whiskey drinkers who prefer Tennessee whiskey, Nelson’s Green Brier is an exciting prospect and will be interesting to see how it develops over time. For everyone else, the here-and-now whiskey isn’t quite ready for primetime.

Find Nelson's Green Brier Tennessee Whiskey at Frootbat
‍The sample used for this review was provided to us at no cost courtesy its respective company. We thank them for allowing us to review it with no strings attached.
360 video 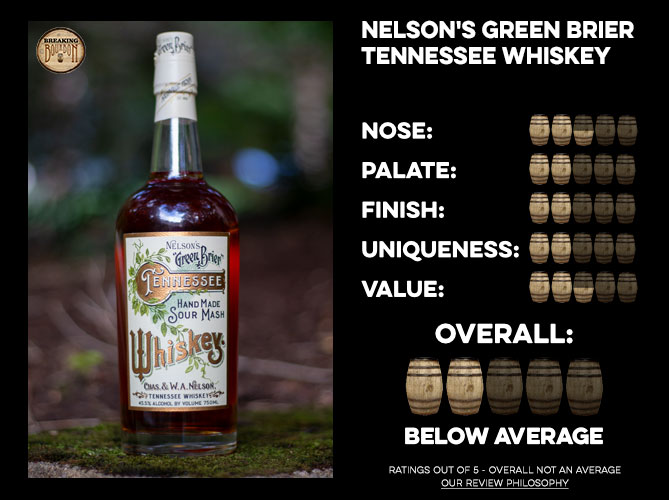 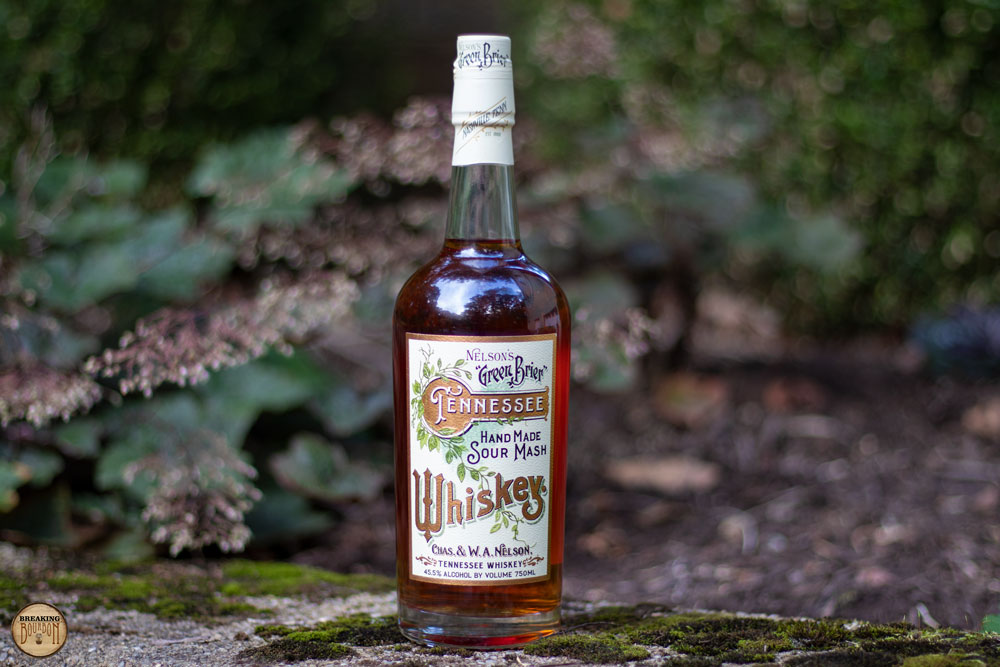 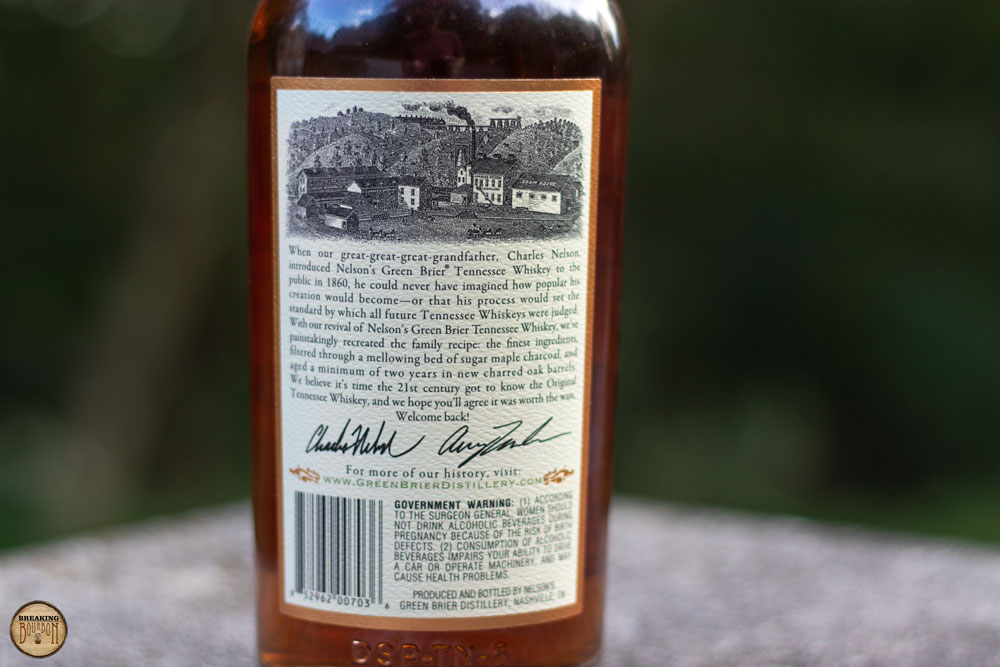 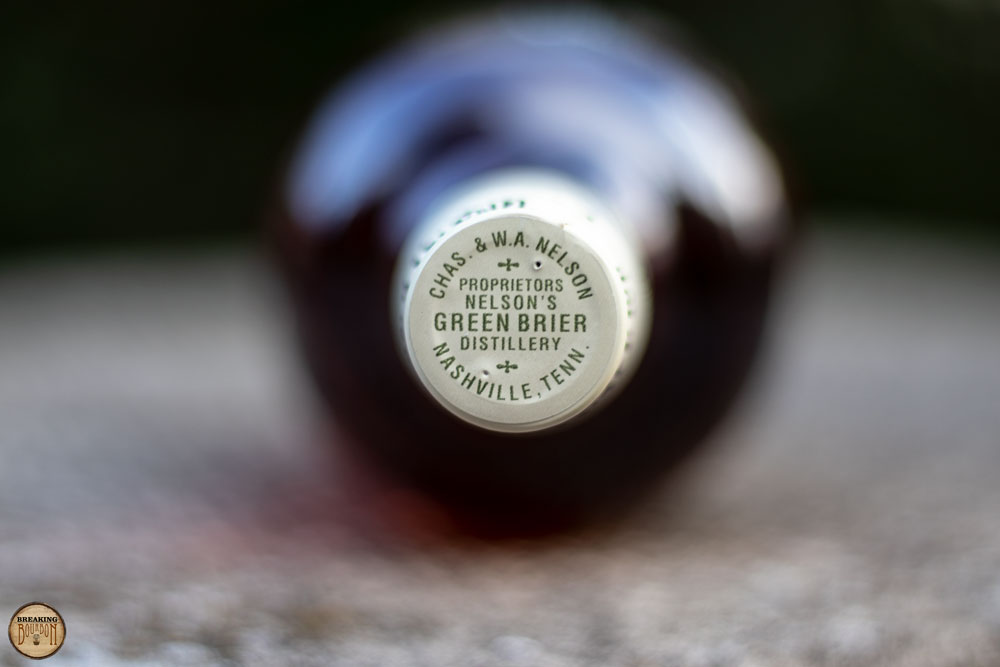 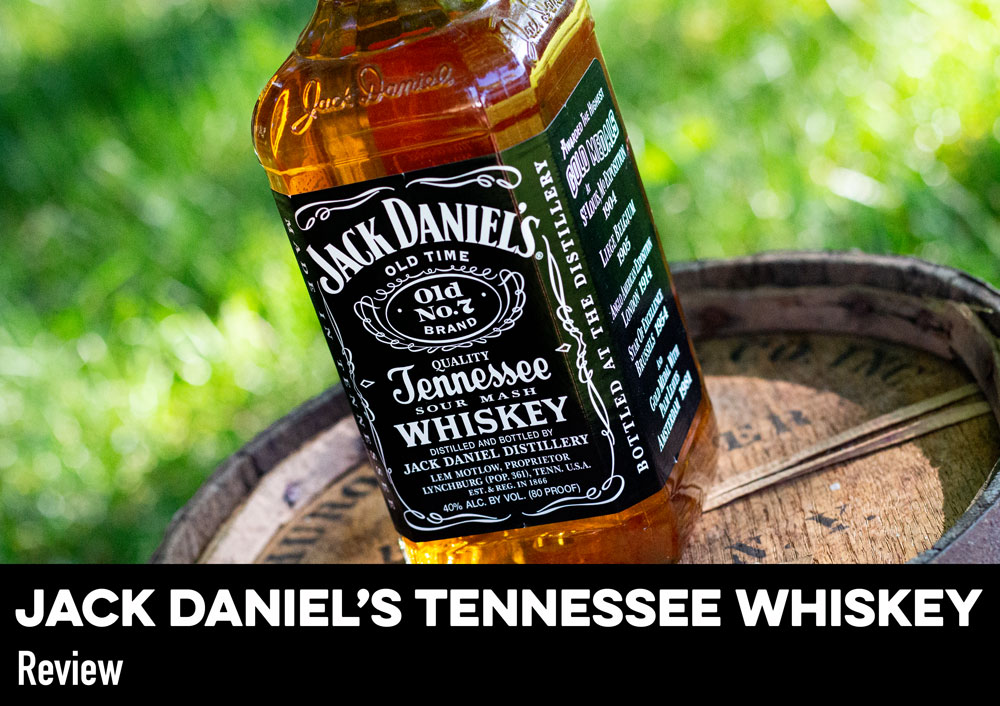 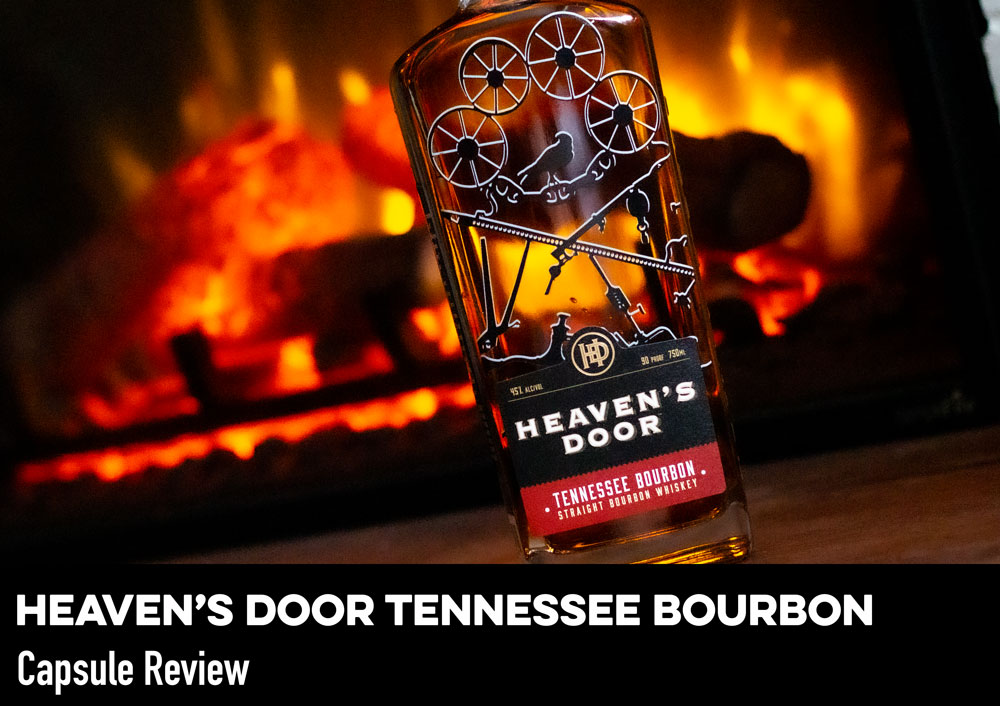 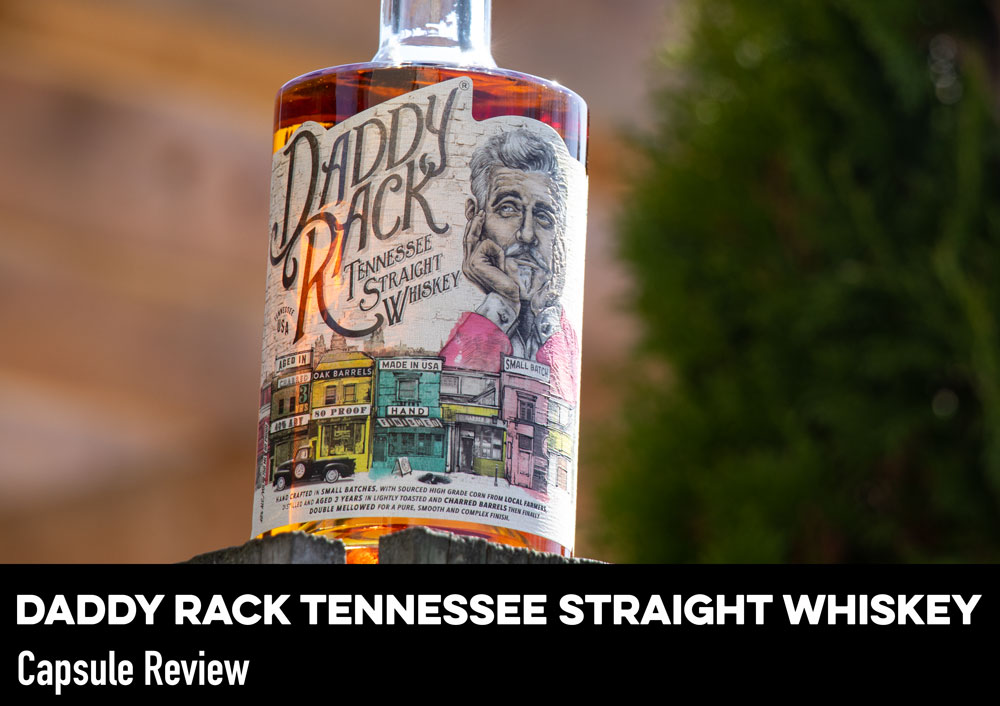