Maker’s SE4 x PR5 starts off as standard Maker’s Mark, which is a wheated bourbon made in batches of less than 1,000 gallons. Then ten oak staves are placed in just-emptied standard Maker's Mark barrels, which are then refilled and returned to the warehouses to finish aging. The company used two unique stave profiles (SE4xPR5) – developed in partnership with Independent Stave Company for this year’s release. These staves are a marriage of virgin toasted American oak (PR5) and virgin French oak (SE4) staves which were aged outside for a full year. In the end the company used a blend of these stave finishes. The final bourbon blend is approximately 13% of the SE4 stave aged for six weeks, 32% of the SE4 stave aged for five weeks, and 55% of the PR5 stave aged for four weeks.

More information can be found in the press release.

An oaky undertone weaves together with dried vanilla bean, syrup, baking spices and a hint of cinnamon apple. These scents are supported by a pleasant layer of caramel which acts as a good base. While the proof isn’t shy about making itself known, it adds just the right amount of ethanol to let you know that this is a barrel proof bourbon. Overall, the aromas are nicely packaged and deliver a great start to the sip.

Large doses of spiced vanilla and baking spices are topped with a touch of burnt caramel. A thread of syrup weaves itself through, adding a touch of sweetness. SE4 x PR5 delivers a spicier palate than you would expect for a wheated bourbon, and in the end the flavors work well together to form a delicious fusion.

Sweet notes of caramel and vanilla hit for just a second before being almost bulldozed by aged oak and leather. While a thread of vanilla tries to hang on, it just can’t keep up with the aged oak and leather. These two flavors can often come across as dry, however here they manage to toe the line just enough to keep them enjoyable. This combo flavor lingers and sticks stays with you for minutes afterwards.

Maker’s Mark’s limited edition Wood Finishing Series is similar in nature to Maker’s Mark 46 Cask Strength and the company’s Private Select line. All of the offerings utilize 10 seared oak staves in their finishing process. However, where Maker’s SE4 x PR5 differs is that it uses a blend of bourbons rested with different proprietary staves and varying finishing times.

By its very nature, Maker’s Mark 46 is quite a labor intensive bourbon. Not only do you need to dump the barrels and rebarrel them, you also need to add in the 10 wooden staves. SE4 x PR5 takes that one additional step by using two different distinct stave profiles and adding in a blend percentage of varying times on top of that. Usually for a limited release, it’s around a special age, proof, or a special selection of barrels. It’s less often you find such a labor intensive process taken in any release, limited or otherwise.

While labor may make it unique, a bourbon’s uniqueness is mainly judged on its flavor rather than how it is produced. SE4 x PR5 offers a similar but slightly different experience to RC6. Whereas RC6 delivered more of a sweet-and-dry flavor profile, SE4 x PR5 relies heavily on a spiced flavor profile combined with a balanced dose of sweet. It doesn’t best RC6, instead it offers a complimentary flavor profile that is sure to please any who may have found last year’s to not be spicy enough. It’s a worthy successor to RC6 and to the overall heritage of the Maker’s 46 production process.

Last year’s RC6 was a breath of fresh air when it came to limited releases. Not only was it priced at a reasonable $60, it was noticeably cheaper than other limited releases in 2019. It’s again refreshing to see that Maker’s Mark decided to buck the trend of ever-increasing prices on limited edition bourbons and instead stick to that same $60 price tag. Seeing as SE4 x PR5 provides a great well-rounded sip, it seems like one of the best deals out there compared to all of the other limited editions released this year.

With an easy-to-swallow price and an easier-to-swallow sip, Maker’s Mark Wood Finishing Series is quickly becoming a highlight of the fall bourbon limited release season.

SE4 x PR5 had lofty expectations to meet after last year's success of RC6. I was curious to see what this year's Wood Finishing Series would look like. The resulting bourbon is one that will please Maker’s Mark 46 and wheated bourbon fans alike. SE4 x PR5 shows the impact that various staves can have on a flavor profile, and is a worthy successor to last year's release of RC6. The sip is a complex mix of spices and sweetness that mingle well together and deliver an overall drinking experience that is hard to fault for the price.

Buy Maker’s Mark SE4 x PR5 at Frootbat
‍The sample used for this review was provided to us at no cost courtesy its respective company. We thank them for allowing us to review it with no strings attached.
360 video 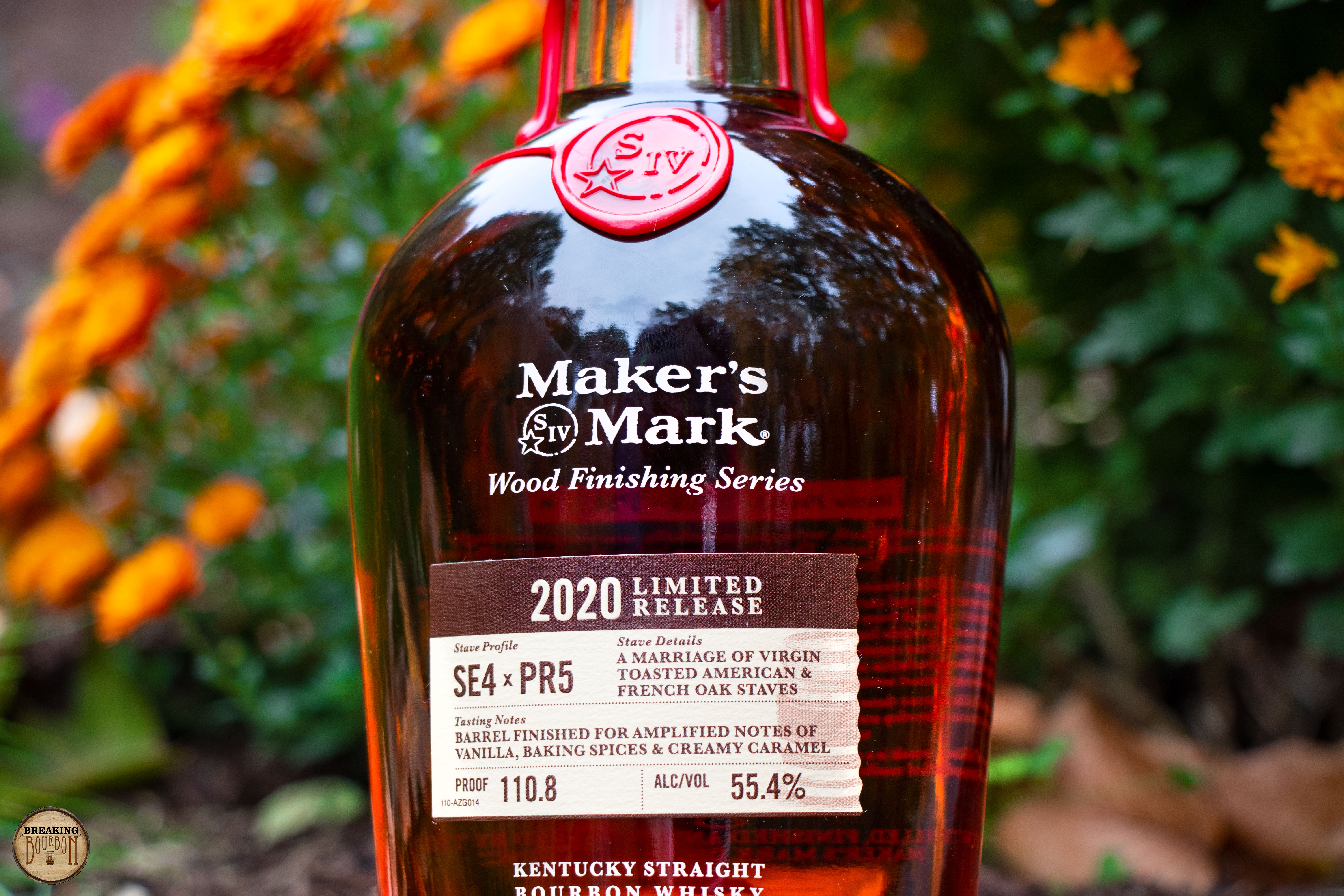 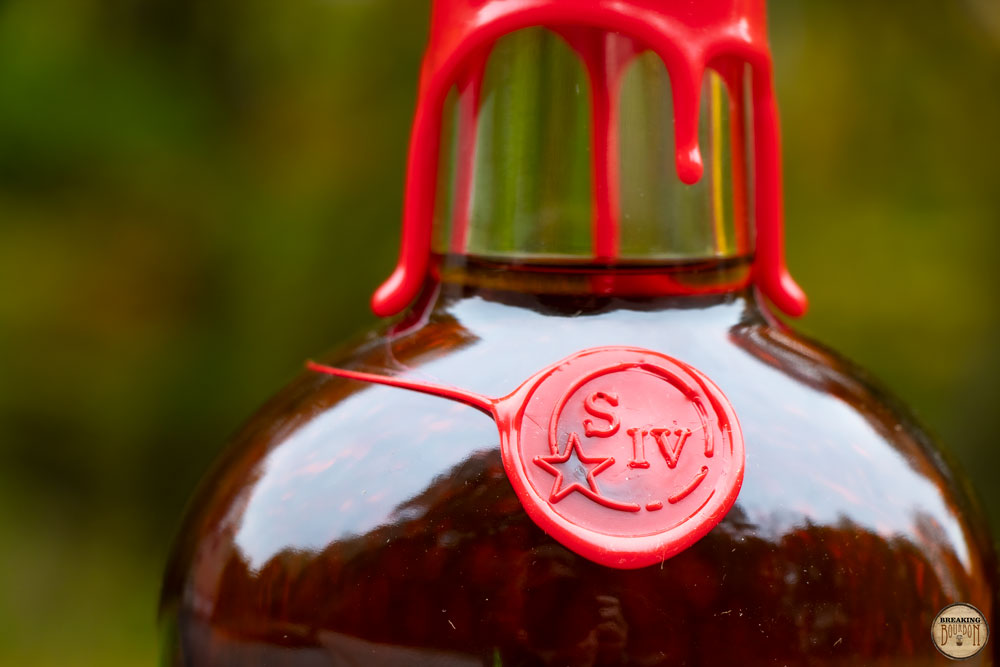 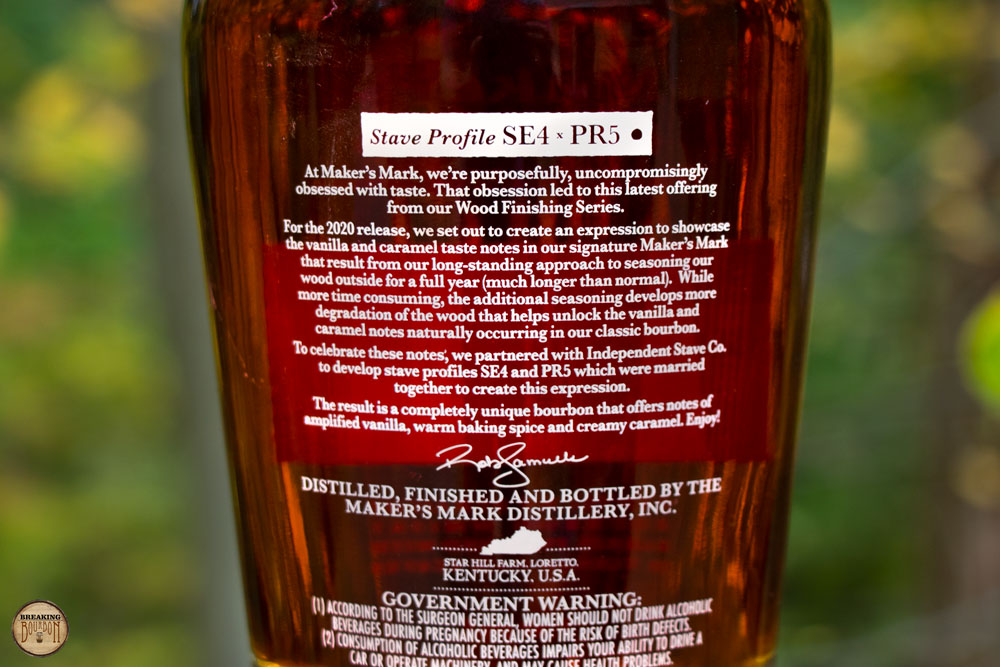 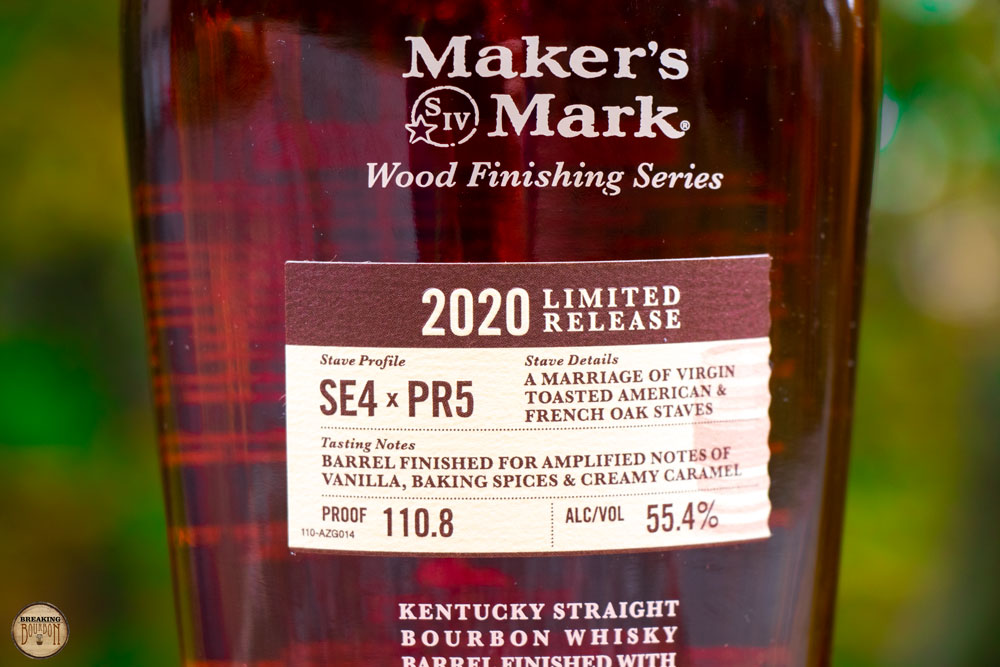 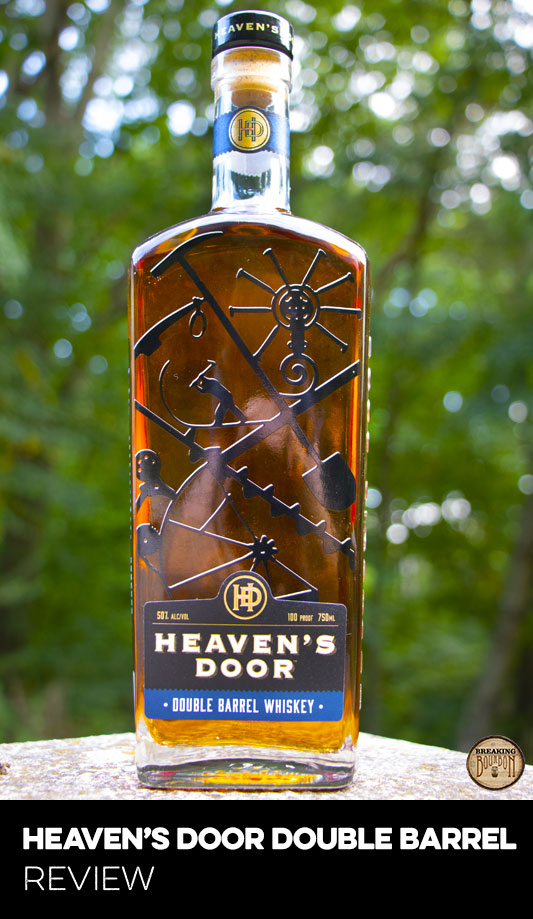 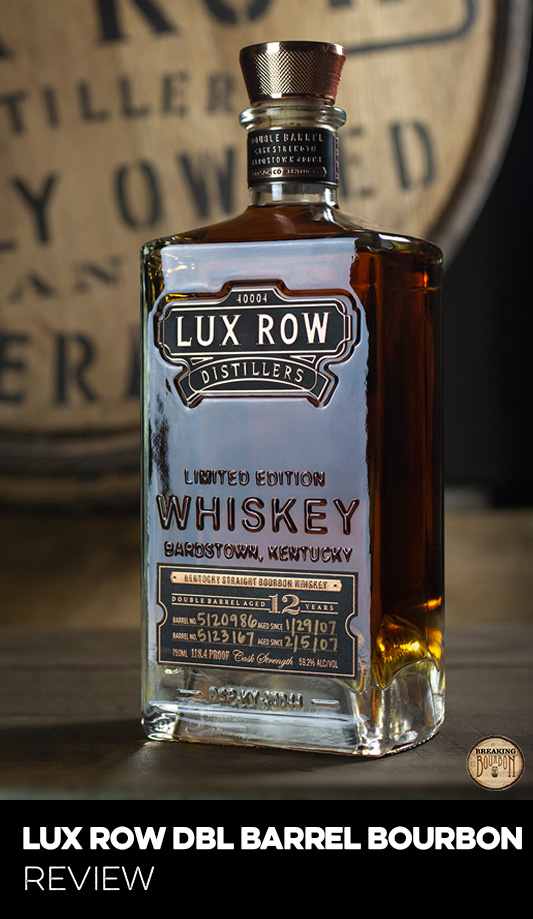