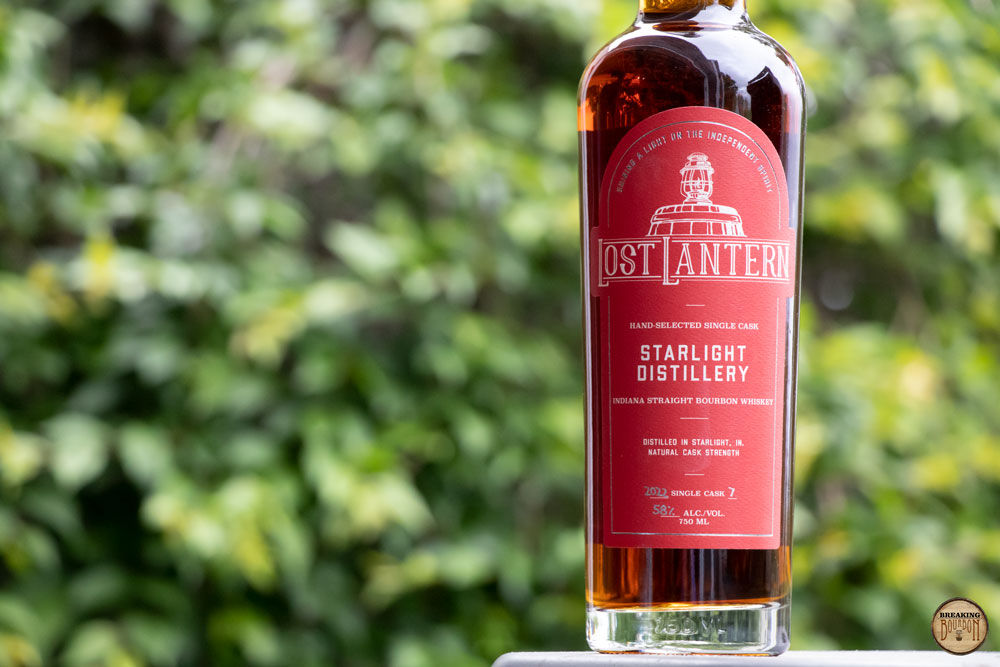 According to the company’s press release, Single Cask #7 is a 208 bottle, cask strength release. As is the case with all of Lost Lantern’s releases, the release highlights the particular distillery it originates from, Starlight Distillery in Starlight, Indiana which is located about 20 miles north of Louisville, Kentucky. Home to Huber’s Orchard, Winery, and Vineyards, the distillery’s story starts in 1843 when Simon Huber settled the farm, which is now in the 7th generation of Huber’s living and working on the farm. The distillery makes spirits that include peach brandy, gin, grappa, and rum, but also bourbon and rye.

This particular barrel is more traditional in a sense, highlighting caramel and cinnamon, with a body and chewy delivery. The inclusion of both rye and wheat undoubtedly helps bring balance between sweet and spice, similar to Penelope Cask Strength but originating from a different distillery. The most notable characteristic is its chewy mouthfeel, which at 116 proof will satisfy those who appreciate a bold, sweet pour that also offers plenty of spice.

Buy Lost Lantern 2022 Single Cask #7: Starlight Distillery at Frootbat
‍The sample used for this review was provided to us at no cost courtesy its respective company. We thank them for allowing us to review it with no strings attached.
360 video