Kings County Distillery is New York City’s oldest and largest whiskey distillery. They are located in a 120-year-old Paymaster Building in the Brooklyn Navy Yard. Co-owner and distiller Colin Spoelman cut his teeth distilling moonshine in his Brooklyn apartment before deciding to make it his fulltime job. Kings County Distillery notably uses Scottish copper pot stills and open fermentation to produce their whiskey. Their whiskey is also aged in 15-gallon barrels.

To be called an Empire Rye, 75% of the mashbill must be grain grown in New York, distilled to no more than 160 proof, aged for a minimum of two years in charred, new oak barrels at not more than 115 proof at time of entry, and must be mashed, fermented, distilled, barreled and aged at a single New York State distillery.

Deeply rich caramel fills your nostrils and is quickly followed by a cinnamon tangerine fusion. A soft swell of malt is slowly introduced thereafter with an additional strong dose of heavy oak crashing in. With excellent intensity and a balance of ripe melons against baking spice scents, the aroma comes together quite nicely.

A veil of dark rich flavors overwhelms you at first sip. Toasted oak, overly ripe orange, brandy soaked cherry, a touch of lemon, and lightly seared mint create a familiar yet slightly modified flavor profile you’d expect from a rye. The whiskey’s heavier flavors may take you by surprise if you were expecting a more traditional bright and spicy rye. As a result, this whiskey drinks more like an aged bourbon than the 2 year old rye that it is.

A pronounced layer of oak that is both potent and young is apparent from the start. It’s reminiscent of Kings County's other whiskeys and I suspect it’s a product of the 15 gallon barrels they age their whiskey with. It’s a unique flavor that the company does well to manage and twist to their will. It gives the finish a thick and viscous mouthfeel, where oak and dark chocolate are overly dominant, sidelining the palate’s orange and lemon notes.

Kings County Distillery has excelled at making whiskey that tastes distinctly their own. Granted, that can make their whiskey polarizing, but those who enjoy their particular style often revel in it.

Kings County’s Empire Rye is another such whiskey from the Brooklyn company that tastes uniquely their own. It’s also one of their newer products that has experienced noticeable differences from batch to batch. Where Batch 4 was bright, leaning towards a touch fruity, Batch 5 is the opposite. The distilllery’s signature taste is of course present, but Batch 5 leans towards a dark and robust flavor profile. As someone who loves to dissect the nuances of rye whiskey, Kings County’s Empire Rye in particular allows this in spades. There are few 2-3 year old ryes on the market that feature the amount of texture and intricacies that Kings County’s Empire Rye offers.

Empire Rye, like all of Kings County's whiskeys, is priced at a premium. Value mileage can vary, as can the company’s batches in regards to styles and flavor profile. While this keeps their products interesting - more akin to what is going on with premium craft beer - if you love a particular batch, the next one might be completely different tasting.

Kings County’s quality is well established at this point, so your overall value and enjoyment will be based on your personal tastes. As I mentioned, because of my enjoyment of Batch 4, I found it a better value as it appealed to me more. Fans of a deeper and richer flavored rye will find better value in Batch 5. Despite these minor variances, Kings County’s prices find a happy middle ground. Even if you don’t love a particular batch, the whiskey is priced spot on for the overall quality it offers.

A dark and rich rye that leans more towards a bourbon than a rye presents an interesting look at the variety and depth that Kings County whiskeys can offer.

As someone that has taken an interest in what Kings County is creating, it's fascinating to see how their products ebb and flow. They continually showcase how they aren’t an assembly line, mass producing whiskeys that are carbon copies of the ones that came before it. Not every batch will “hit” for everyone, but I love the distinctness of their whiskey. As a devotee of rye, anytime a company can produce an interesting variant of it, it piques my interest. That’s not to say it will necessarily win me over, but I will enjoy the tasting experience nevertheless. Kings County Empire Rye is one of the more interesting ryes on the market. Part of that has to do with the company’s distilling practices, and some is due to the regonality of the ingredients that allow it to qualify as an Empire Rye. Kings County seems to still be finding its footing regarding their rye whiskey, but as we’ve seen with their bourbon continually develop into a great whiskey, I’m equally excited to take the journey with their rye.

Buy Kings County Empire Rye (Batch 5) at Frootbat
‍The sample used for this review was provided to us at no cost courtesy its respective company. We thank them for allowing us to review it with no strings attached.
360 video 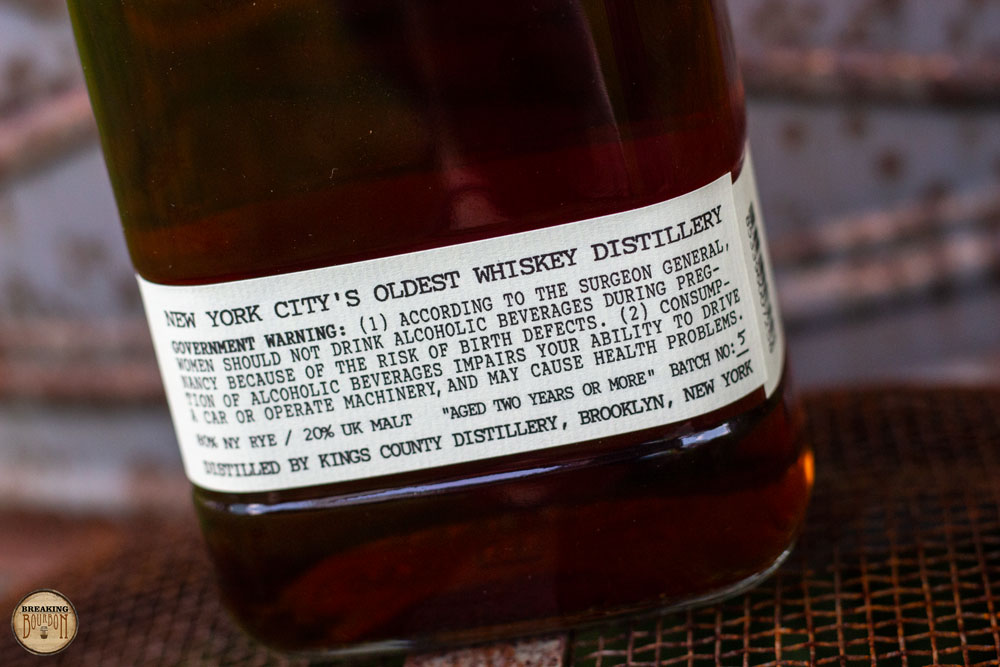 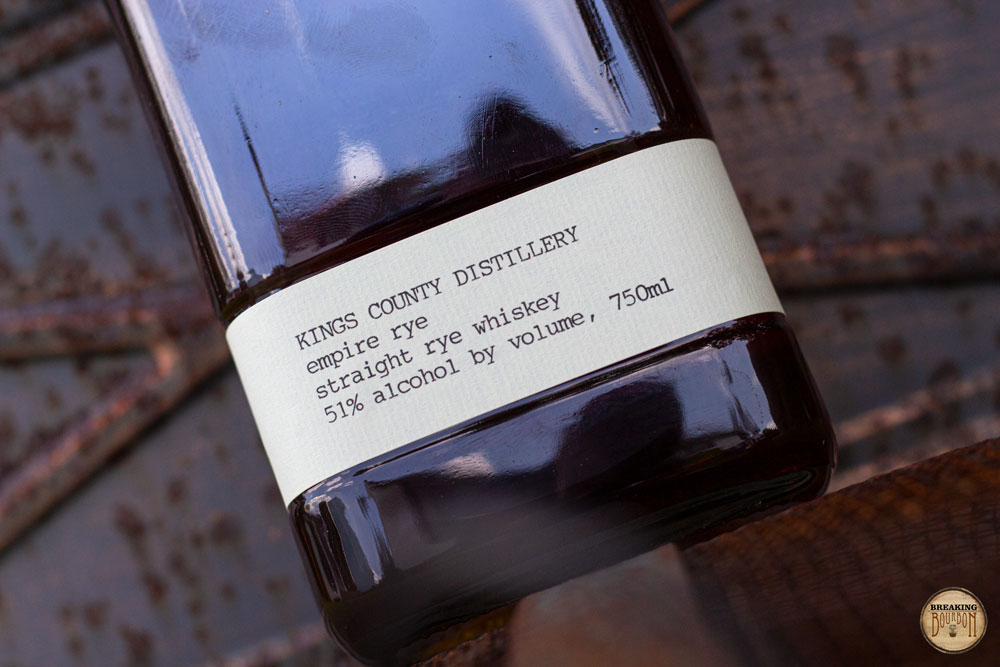