Age: NAS (According to the company’s press release, aged for 4 years before finishing in Cabernet Sauvignon casks for an undisclosed amount of time)

I.W. Harper has existed in some form since 1872. Originally launched by Isaac Wolfe (I.W.) Bernheim, the brand is now owned and operated by Diageo. The brand expanded its reach internationally, and for a period of 30 years was not sold in the United States. Diageo chose to bring it back to the domestic marketplace in both a no age statements (NAS) straight bourbon and a 15 year age stated bourbon in 2015.‍

‍Cask Finish is I.W. Harper’s first line extension since the brand’s return to the United States. According to the company’s press release, “Cabernet Cask Reserve is a Kentucky Straight Bourbon Whiskey aged for four years in new charred American oak barrels, then perfected in luxury California Cabernet Sauvignon casks and bottled at Stitzel-Weller Distillery, one of the true cathedrals of the American Whisky industry.”

An inviting caramel-forward aroma greets the senses, with a dark cherry and sweet raisin scents in tow. Wafts of black raspberry, creme brulee, vanilla, and brown sugar follow. The intensity of the aroma matches the proof and veers well into the sweeter side of the spectrum. It’s well done and inviting overall.

Sweet dark cherry and black raspberry intertwine with caramel chews, vanilla, graham cracker, and creme brulee. As the flavors coalesce, they settle on an unusual but delicious chocolate cordial cherry note. While the dark fruit flavors (most likely driven by the cabernet sauvignon finish) do well to complement the more prominent bourbon flavors, they don’t overpower them. It’s a straightforward, traditional bourbon base that’s enhanced to become sweeter with accents of dark fruit and dessert flavors. For a sweeter finished bourbon, it’s quite delicious and immediately enjoyable.

The sweet flavors carried over from the palate are accented by a splash of light spice. The whiskey’s caramel-vanilla base flows gently back, and tapers off at a medium length. Unlike many wine barrel finished bourbons, Cabernet Cask doesn’t turn dry at all, rather embracing the sweetness delivered by the palate. Straightforward like the palate, the finish doesn’t bring any added complexity, but is enjoyable nonetheless.

Where wine barrel finished bourbons can sometimes lean heavily into dry complexity, Cabernet Cask Reserve takes the opposite approach. The whiskey succeeds where many wine finished whiskeys fail - it maintains the composure of the whiskey and doesn’t turn overly dry or turn bad at the end, as evidenced by last year’s release of Thomas S. Moore Bourbon Finished in Cabernet Sauvignon Casks. Instead, it’s quite straightforward, bourbon-focused, and quintessentially sweet. Dark fruit flavors complement its vanilla and caramel base, with dessert flavors aiding as well. It’s a crowd-pleasing flavor profile and one I suspect most will find immediately likable.

On the other hand, Cabernet Cask Reserve lacks complexity. The four year old base bourbon used is likely very straightforward, and the cabernet cask finish is likely on the shorter side though the exact duration isn’t disclosed. While this helps keep the whiskey from becoming over-finished, it also prevents it from pushing boundaries in a good way, such as what High West achieves with A Midwinter Night’s Dram. But I think that’s the point. Cabernet Cask Reserve seems meant to appeal to a wide audience, pulling just enough influence from the cabernet casks to impact the flavor profile but not so much that it deters not-so-adventurous drinkers. It’s easy-sipping and enjoyable neat, offers enough flavor to handle a few ice cubes (if that’s your thing), and as suggested in the company’s press release, is also promoted for use as a cocktail mixer which I suspect would serve it well.

As bourbon and American whiskey prices continue to creep up, where $50 used to be middle to high end territory, it now feels on the lower side for anything new to the market. That’s not to say $50 is an automatically good value, thankfully you can still pick up a lot of great whiskeys for less than $50, but at the same time it’s a price point that is within reach for many. Considering the additional effort to finish in cabernet casks adds some implied value, and by comparison puts I.W. Harper’s Cabernet Cask Reserve very close to Daviess County Cabernet Sauvignon Finish. Just one proofpoint lower and about the same price, Harper’s version is a bit less intensely cabernet-finished by comparison. It’s also not a limited edition release, which means we should expect to see I.W. Harper Cabernet Cask Reserve fairly readily accessible. By those measures, for $50 it’s a fair price for what you’re getting.

Whiskeys always make a first impression, but don’t always hold true to what that impression brings. Oftentimes revisiting and exploring a whiskey helps appreciate its complexity, and other times exposes issues that can make a whiskey seem even worse. In the case of I.W. Harper Cabernet Cask Reserve, the whiskey’s first impression held true: it’s immediately likable, but offers little in the way of additional complexity gained from further exploration (though its likability holds true). Cabernet Cask Reserve is offered at a reasonable price point, and will be most appreciated by those looking for something sweeter, less potent, and less challenging to sip. It’s a nice addition to I.W. Harper’s lineup, and one that many consumers will enjoy.

Buy I.W. Harper Cabernet Cask Reserve at Frootbat
‍The sample used for this review was provided to us at no cost courtesy its respective company. We thank them for allowing us to review it with no strings attached.
360 video 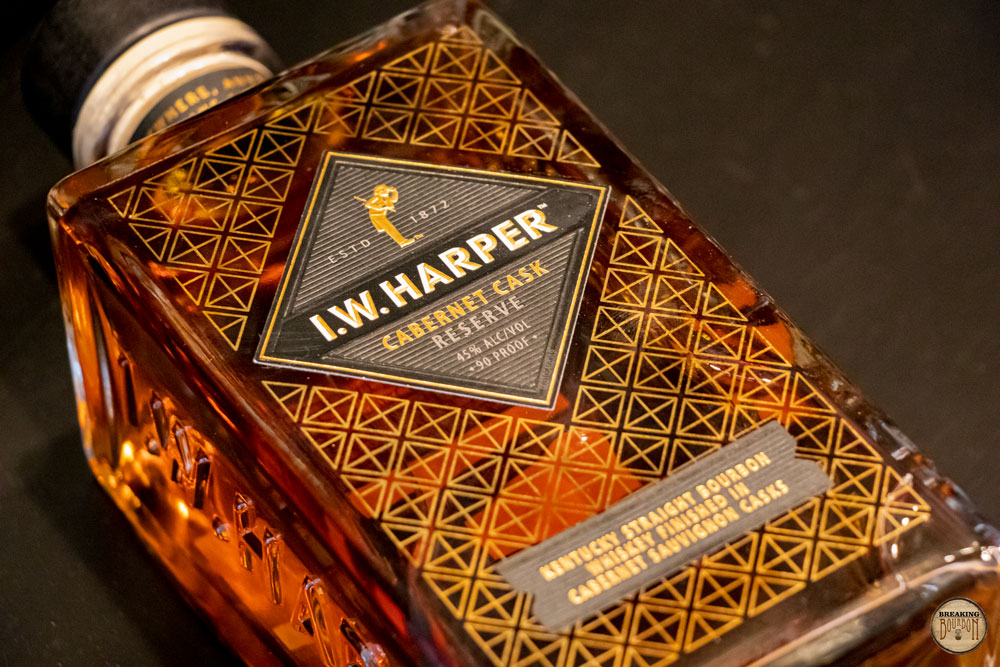 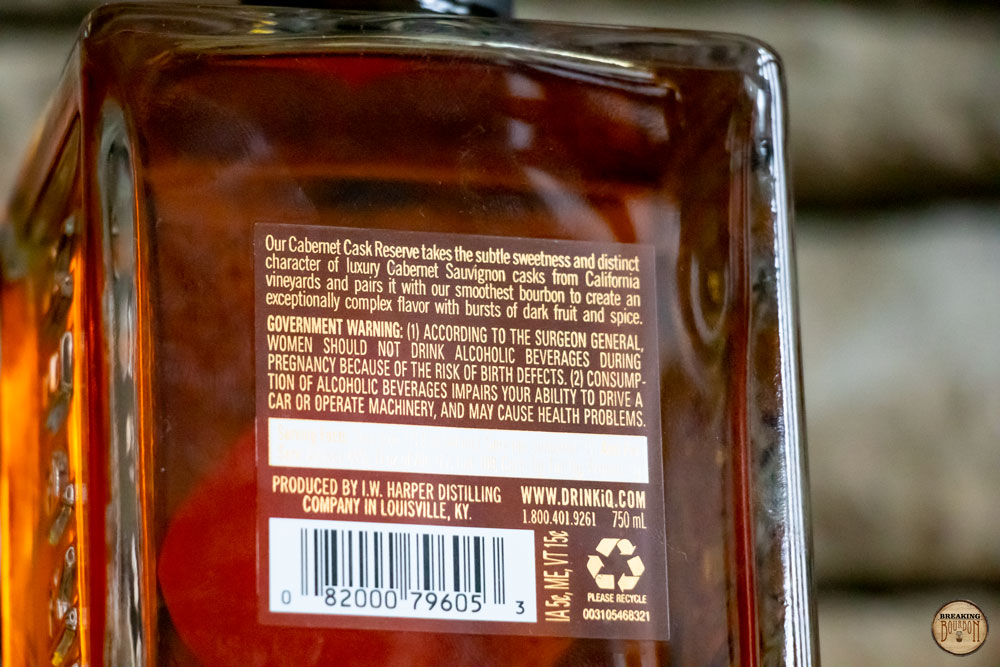 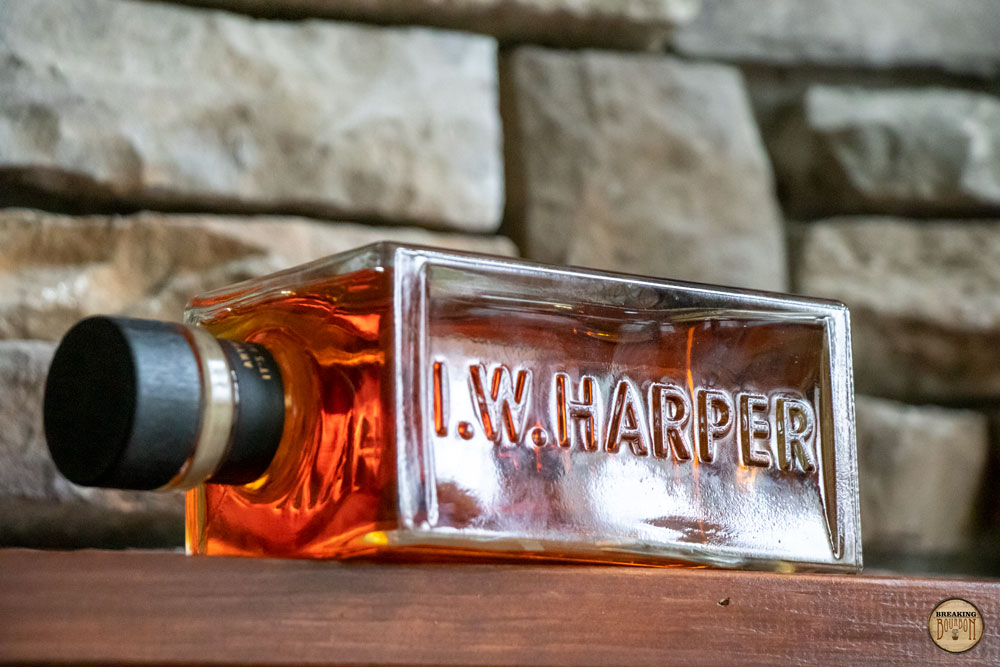