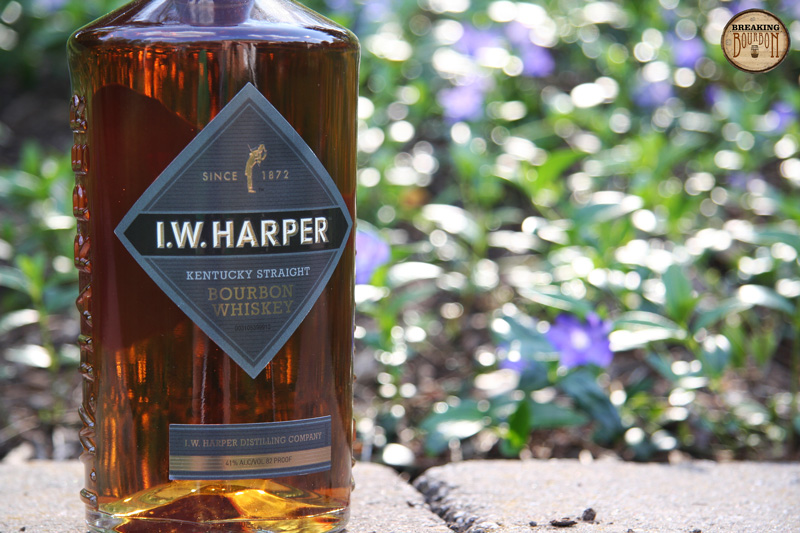 I.W. is a brand that has been around in some form since 1872. Originally launched by Isaac Wolfe Bernheim, the brand is now owned and operated by Diageo. While the brand has been sold since 1872, it hasn’t been sold in the US for the last 20 years, instead only being offered in the international marketplace during this time. Diageo choose to bring it back to the domestic marketplace in both a NAS bourbon and a 15 year age stated bourbon.

While the 15 year aged version is stated to to have been distilled at the New Bernheim Distillery, the source of the NAS bourbon is not being released. The bourbon was aged at their Stitzel-Weller Distillery warehouses and bottled at Diageo’s Tullahoma, Tennessee facility.

The nose is light and airy without a lot of standout flavors, which is to be expected from such a low proof bourbon. Traces of light vanilla, corn, fresh cork, and new oak are all present. The nose comes across as really young and makes me think that they’re using a bourbon not a day older than 4 years old, which is the bare minimum to be labeled straight bourbon without an age statement. Not a hint of alcohol is found on the nose which isn’t surprising for an 82 proof bourbon.

Taking my first sip, I immediately notice how sweet of a flavor profile Diageo imparted on the reincarnation of this brand. Honey, elderflower, vanilla, and toasted sugar are noticeable upfront. Additionally I notice that slight corky-ness that was on the nose in the palate too.

The palate isn’t bad per se, however it’s just not very complex. I would really like to see what this bourbon tastes like at a 100 proof or higher since I feel a lot more complexity would be revealed. Again the seemingly youngness of this bourbon comes to mind when tasting it.

Much like the palate, the finish lacks in complexity. I’m immediately hit with a big burst of juicy Georgia peaches upfront that’s mixed with lightly dried raisins and vanilla. The finish ends on a very short light leather and oak note. The shortness of this finish is something that really surprised me. While I really like the immediate taste of peaches, the flavor only lasts for a few seconds before morphing into the leather and oak, and peters out altogether within about 30 seconds. I do wish it would have lasted a little longer, because it’s pretty tasty for the moments when it’s present.

The rich history of Isaac Wolfe Bernheim and the Bernheim Brothers distillery is fascinating to read about, and I.W. Harper is an iconic brand in the sense of its longevity. While it hasn’t been sold in the US for almost 20 years, the brand has lived on globally in its domestic absence. It’s neat to see a brand that’s been around for over a 140 years being sold again in the US.

All this makes for a nice unique backstory, however sadly it doesn’t make for a nice unique tasting bourbon. When bringing this brand back to the domestic market, Diageo is relying on the iconic I.W. Harper name instead of focusing on the bourbon in the bottle. Nothing special is currently found in the production, sourcing, and bottling of this bourbon besides Diageo marketing the Stitzel-Weller Distillery name where this bourbon was aged.

If I had tasted this blind and you told me that the bourbon I was tasting was $35, I would have assumed it was from an upstart distiller due to how young it tastes and the price. It really reminds me of bourbons aged two years or less that I’ve had from upstart distillers like 2Bar or OYO.

Knowing that it’s actually a mass scale bourbon, I’m surprised and disappointed that Diageo is trying to command the price point it’s set at. While it has a flavor profile that will easily appeal to first time bourbon drinkers, this is realistically a $20 bourbon at most. It’s not bad, but it’s nothing special. There are many other bourbons such as Four Roses Small Batch, Elijah Craig 12 Year, and Buffalo Trace at or below the $30-$35 price point that I would recommend before recommending this NAS I.W Harper.

It’s not like you’ll walk away thinking this is bad, more so...this is what is trying to pass for a $35 bourbon nowadays?!

I had high hopes for the reintroduction of this brand, however I walked away pretty let down. Another bourbon on the market without much information on where it’s produced or how old it is, selling at an inflated price. Sadly this seems to be more common nowadays. This NAS I.W. Harper tastes like any other young bourbon on the market and isn’t a standout. The market is already crowded enough with many ho-hum bourbons and we can now add one more to the list. If you’re really gunning to try this bourbon, I highly suggest you try it at a bar before buying a bottle.

After writing up my review I decided to make a Manhattan cocktail with this bourbon since it has such a simple, light flavor profile; and I’m very glad I did. The I.W. Harper made for a simple straightforward Manhattan that both bourbon drinkers and non-bourbon drinkers alike can enjoy. That being said, I wouldn’t recommend shelling out $35 just to make a simple Manhattan with this bourbon. However, if you end up with a bottle and find yourself slightly disappointed, do try using it in cocktails to help ease the pain of spending $35 on this.

Buy I.W. Harper at Frootbat
‍The sample used for this review was provided to us at no cost courtesy its respective company. We thank them for allowing us to review it with no strings attached.
360 video 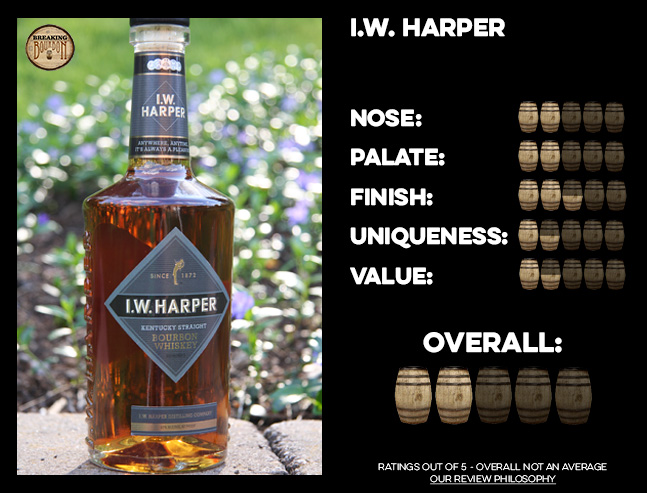 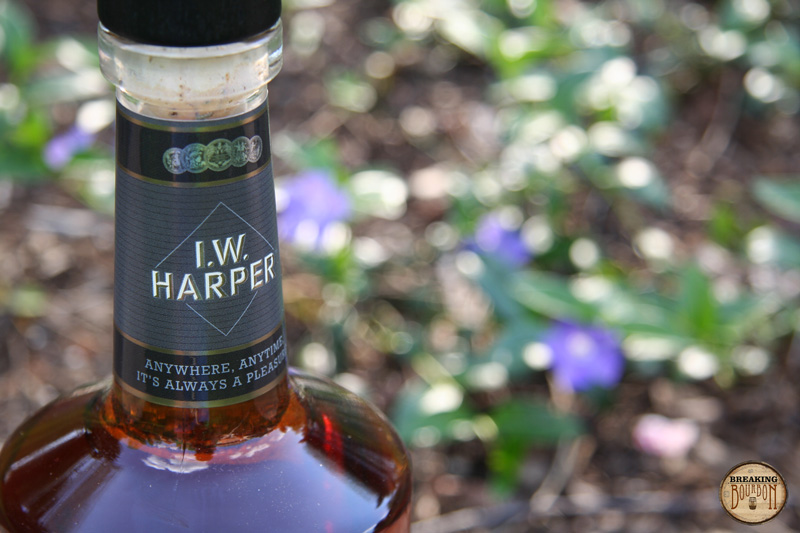 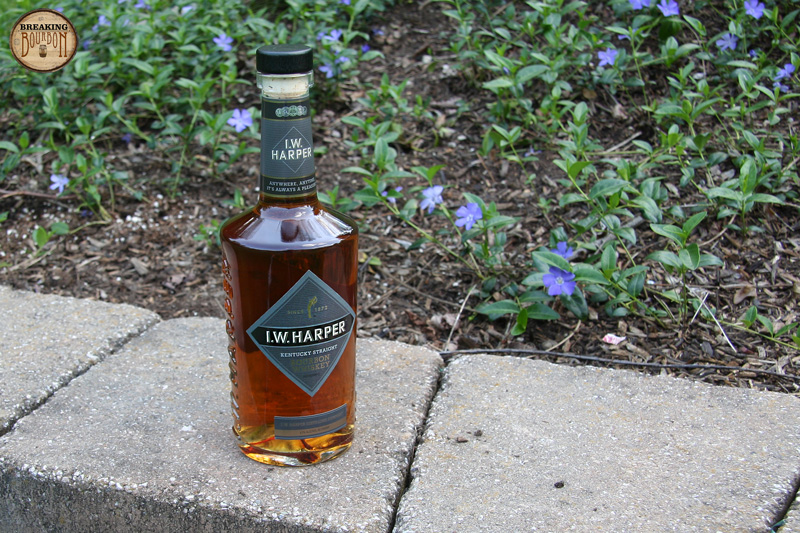 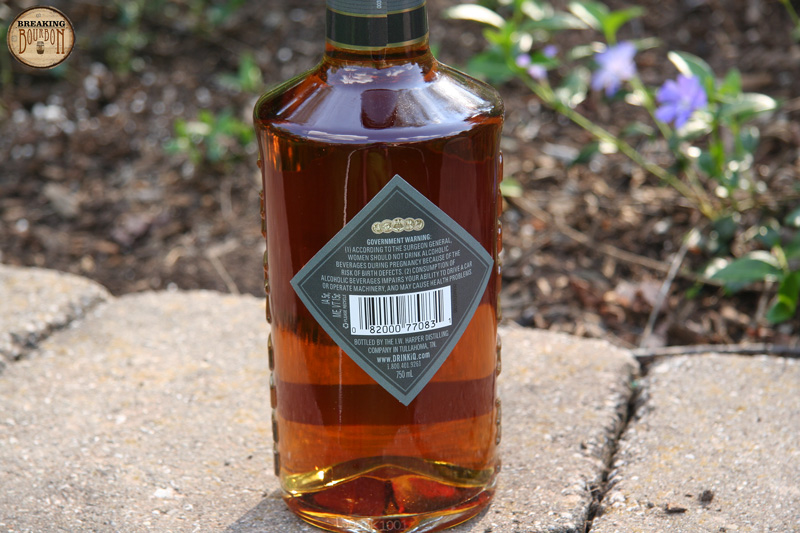