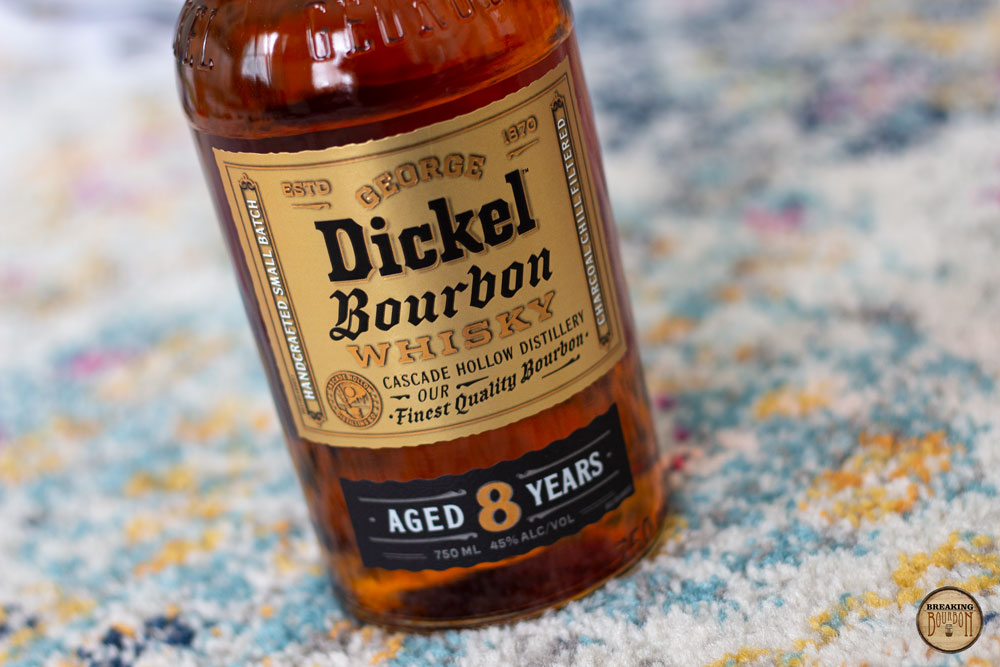 According to current Tennessee state law, any producer of Tennessee whiskey must use the Lincoln County Process. George Dickel’s version of this process differs from others in that they first chill their whiskey to 40 degrees. They then pass the whiskey through 13 feet of charcoal by steeping it as opposed to it being gravity fed. Tennessee whiskey does in fact meet all the requirements to be classified as a bourbon. As of now, the TTB does not have an official designation recognizing or defining Tennessee whiskey. While the majority of George Dickel whiskeys aren’t officially labeled bourbon, most meet the criteria required to be called a bourbon. The release of George Dickel Bourbon marks the first ongoing national release by the company with the word “bourbon” on its label.

Light scents of caramel, cherry, and peppermint are the first to be noticed. Finer notes of hay, green apple, and butterscotch provide subtle, and largely inconsequential depth. A modest amount of oak is also present, but is surprisingly lackluster for the whiskey’s age. Yet it's the caramel and cherry that quickly becomes the backbone of the entire aroma.

Sweet on the sip thanks to flavors of heavy caramel, toasted coconut, and waffle cone. With light vanilla, banana, and a mild oak influence mingling for good measure, the palate is serviceable at its best, and underwhelming at its worst. The flavor profile is easy to enjoy but struggles to impress in any meaningful way.

Shedding some sweetness for spice, heat and oak is a welcomed transition from the meager palate. With additional notes of tobacco, leather, peanut, and charred oak, the finish contrasts the palate in the best of ways. Yet, it's still a largely straightforward affair, with the finish lacking any real impact. A weak overall presence makes for an easy sipper, but the finish is a more boring affair than it should be.

Together, George Dickel and Jack Daniel’s have made it their mission to educate whiskey drinkers that Tennessee whiskey and bourbon are not the same thing. While this never-ending debate rages on within whiskey circles, Dickel decided to throw a curveball and release a bourbon. With the release, Dickel isn't clear what they did (or didn’t do) differently with this bourbon versus their Tennessee whiskey releases. In fact, they all share the same mashbill, use charcoal chill filtering, and many come in around the same proofpoint, yet most surprisingly, this bourbon doesn’t taste exactly like their Tennessee whiskey releases either.

While there are many ways Dickel could affect the whiskey’s resulting flavor profile, it is unique for a Dickel whiskey not to taste like a Dickel whiskey. The company exhibits a very consistent flavor profile throughout most of its brands regardless of their age. It is quite remarkable to achieve this consistency, but it also can be quite polarizing. That could be George Dickel Bourbon’s biggest opportunity; providing variance in a brand that has very little. Unfortunately, this divergence is somewhat negligible as George Dickel Bourbon offers little uniqueness in the larger bourbon landscape. Not every release has to reinvent the wheel (certainly not for a $30 release especially), but even then there is little on display that will impress and surprise on any level. Serviceable in a nutshell.

George Dickel Bourbon marks Dickel’s third offering in the $20-$30 price range that also consists of Classic No. 8 and Superior No. 12. While this price range has been disappearing for years, Dickel has been steadfast in their dedication to it. But three whiskeys within a $10 price window seems a bit odd even if one of them is sporting the word “bourbon” on its label. But that might be the most telling aspect behind this release. While there are certainly plenty of bourbons available for under $30, many from the more well known brands have disappeared. Perhaps Dickel saw an opportunity, especially as they have doubled down on the value moniker in the marketplace. They want to be known as the big brand value center, and having a product on the selves with the word “bourbon” on it can make a major difference to prospective customers and ultimately, their bottom line.
‍
This might then explain why George Dickel Bourbon is so straightforward, mellow, and largely inoffensive. It’s a mass market play and where many of the company’s contemporaries have abandoned age statements on their lower end products, Dickel hasn’t with their George Dickel Bourbon release. While an 8 year age statement for $30 is a reason to celebrate, it's the bourbon’s lackluster showing that prevents it from receiving more acclaim for their pricing decision.

George Dickel Bourbon lacks the necessary weight and muscle to make this a valiant effort by a Tennessee whiskey maker’s foray into the world of bourbon.

The age-old debate if Tennessee whiskey is bourbon won’t end anytime soon, and it's unclear if George Dickel Bourbon puts a pin in that conversation or adds fuel to the fire. It’s up to you how much that even matters when evaluating George Dickel Bourbon. Tennessee whiskey makers often cite the Lincoln County Process with its charcoal mellowing as what separates Tennessee whiskey from bourbon, yet George Dickel Bourbon remains a mellow affair. For those looking for an easygoing sipper that goes out of its way not to challenge its drinker, it succeeds in that regard. But as an 8 year old bourbon from a company that continually impresses with private selection releases in the same age range, and their Bottled in Bond releases that hover in the low double digit age range, I just don’t fully understand this release. If you’re someone who is tired of the typical George Dickel flavor profile, this release is almost entirely devoid of it, but with that change, it also loses almost all of its character. Despite its excellent price point and noticeable age statement, George Dickel Bourbon has little else to offer.

Buy George Dickel Bourbon at Frootbat
‍The sample used for this review was provided to us at no cost courtesy its respective company. We thank them for allowing us to review it with no strings attached.
360 video 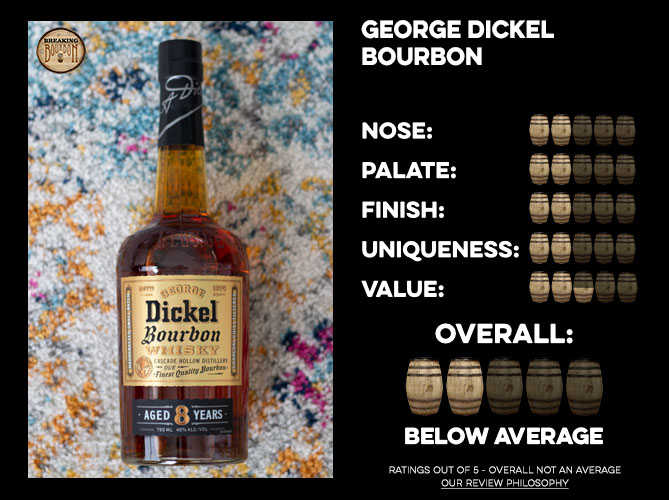 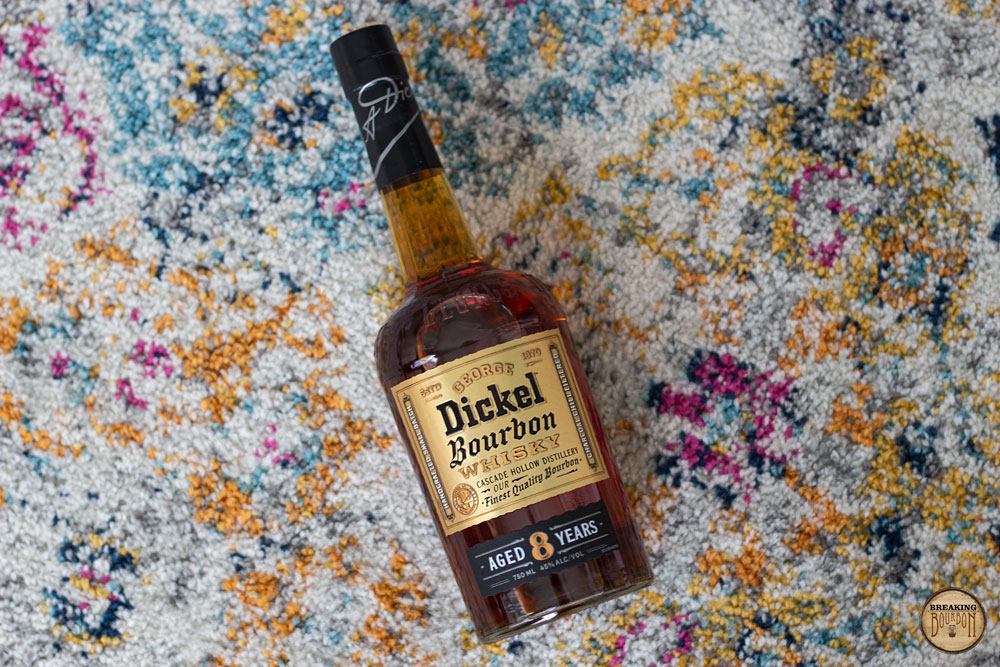 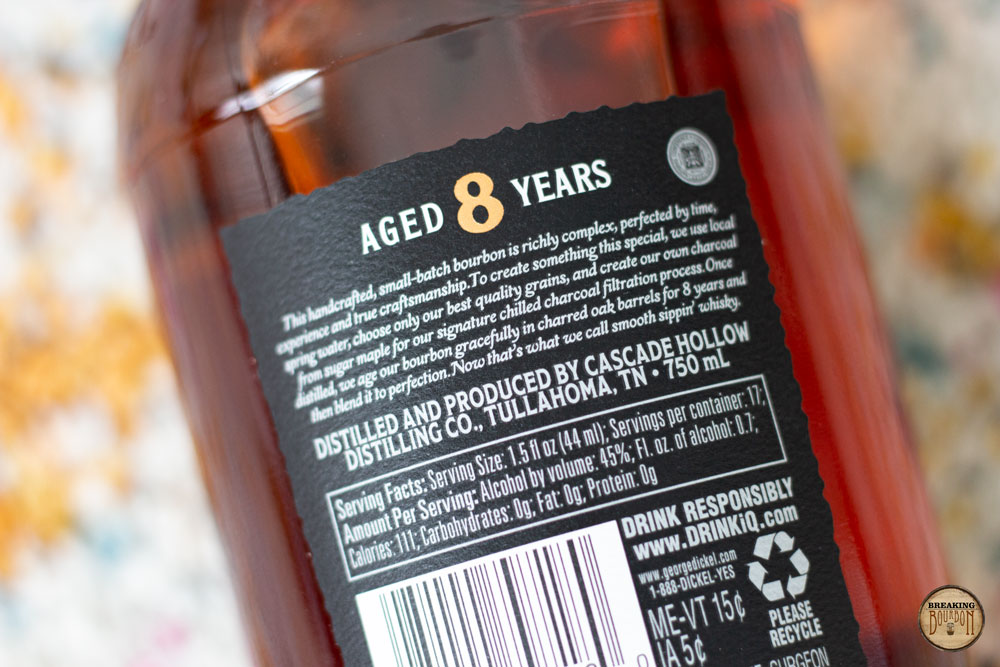 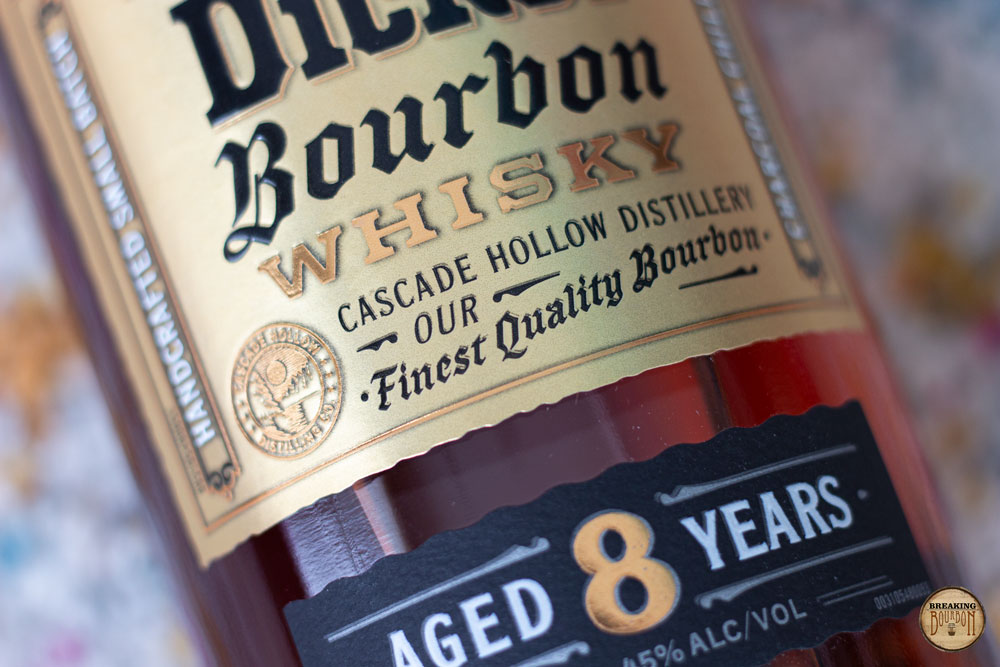 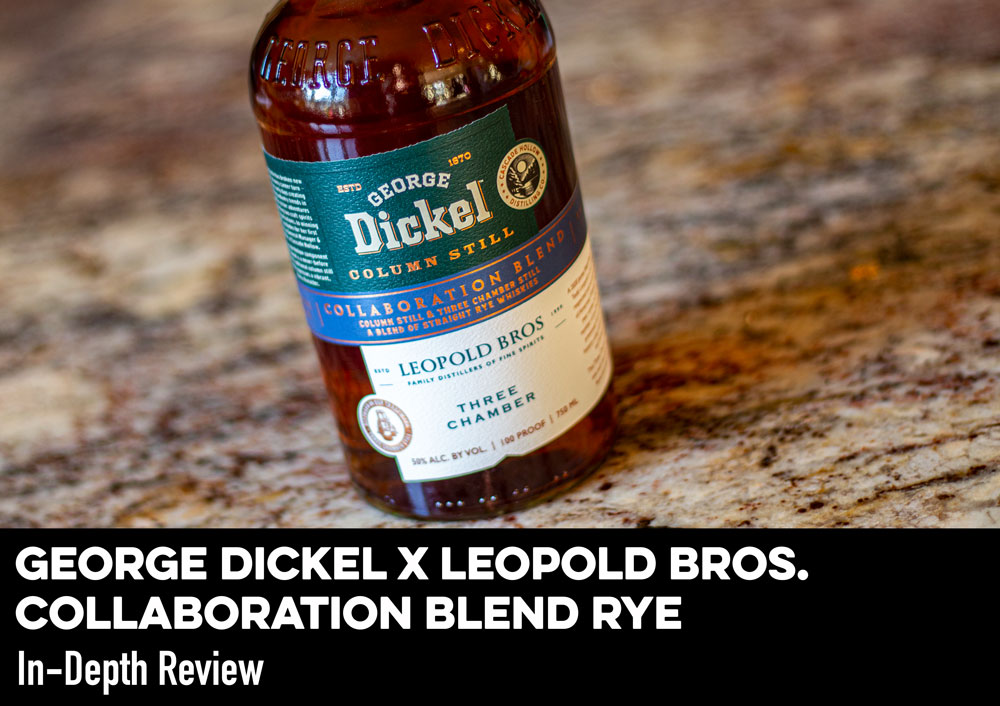 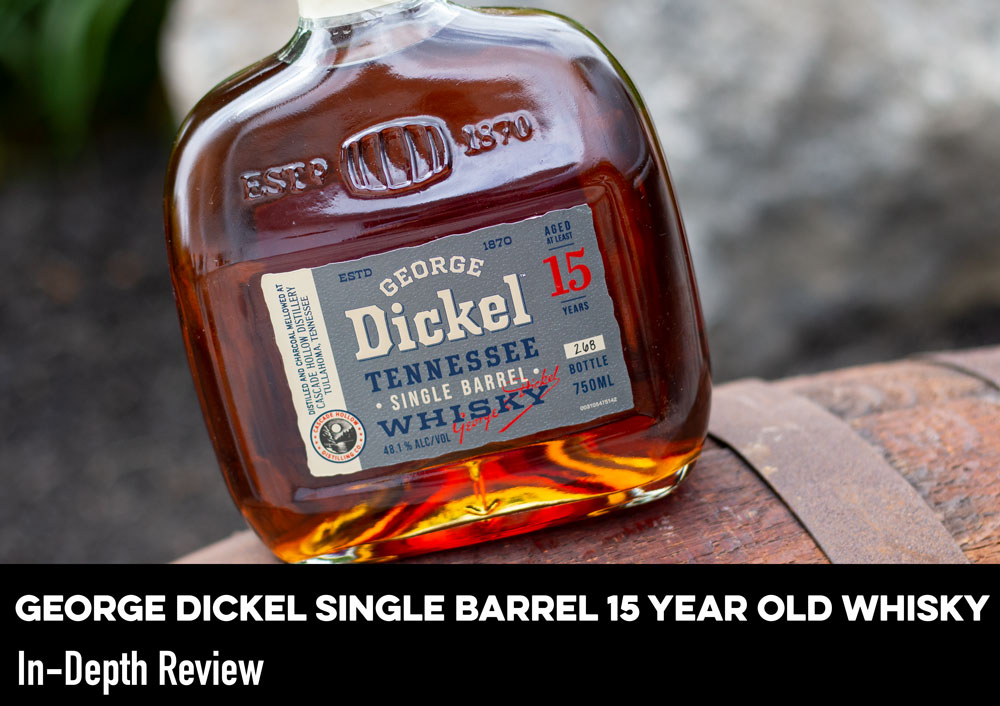 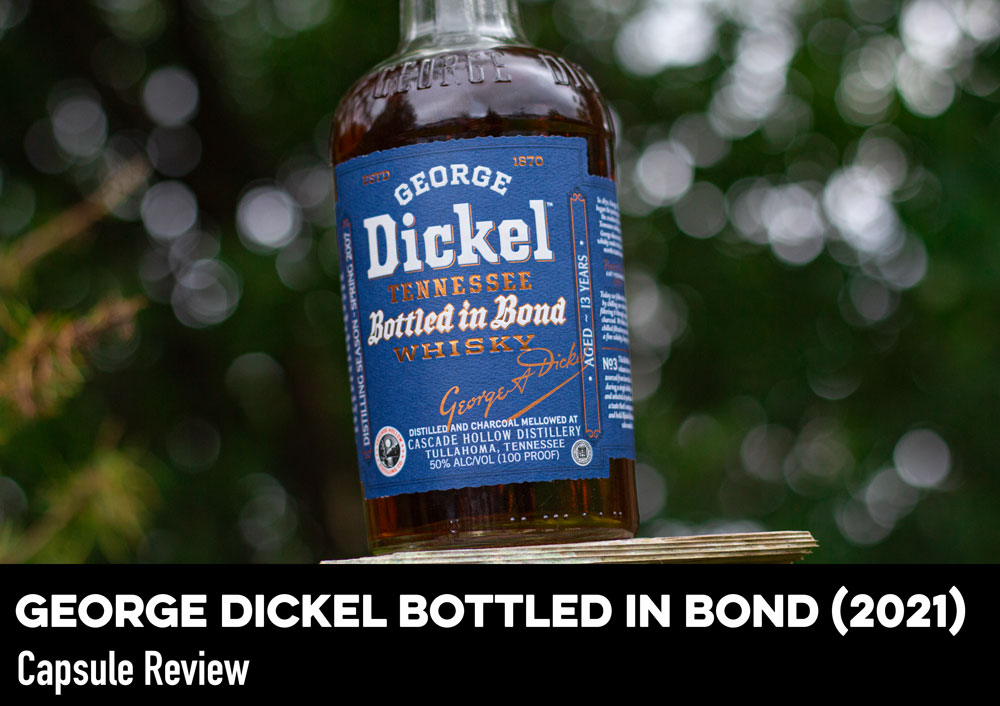