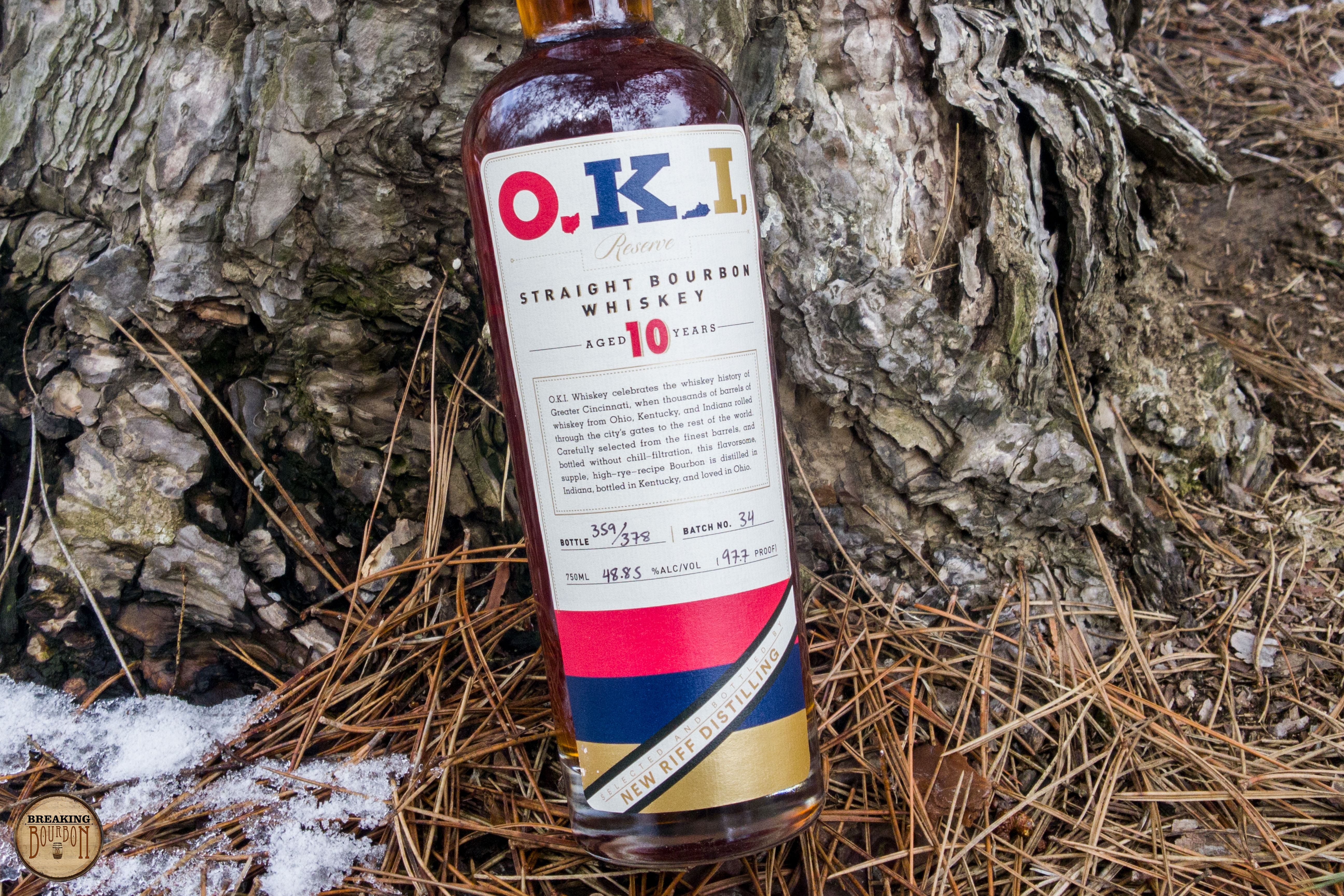 Ken Lewis opened New Riff Distillery in the spring of 2014 in Newport, Kentucky, which is just on the other side of the river from Cincinnati. While New Riff builds up the supply of their own aged products, they sourced high-rye bourbon from MGP. They named this brand O.K.I. which stands for: Ohio, Kentucky, Indiana. Or as stated right on the bottle, distilled in Indiana, bottled in Kentucky, and loved in Ohio. O.K.I. was only made available in Kentucky and Ohio with limited distribution in Indiana.

The brand consists of a number of age stated variants, single barrel store picks, and barrel aged varieties. Over the years the brand has built up a reputation of being transparent in regards to the products with a large amount of information printed on their labels. In staying transparent, New Riff stated that the O.K.I. brand will be discontinued in 2018 as they phase out sourced whiskey and transition to their own in-house distilled whiskey.

The bottle being reviewed comes from batch number 34 and is bottle number 359/378.

Not as in-your-face as some of the high rye bourbons that are distilled at MGP, however it’s still clear upon smelling this that O.K.I is an MGP bourbon. Upon bringing the glass to my nose I’m immediately greeted with rye spice and leather mixed with peaches. These are further mixed with light butterscotch, vanilla, coffee beans, whipping cream, and baked pie crust. The mixture of the rye spice with the prominent sweeter notes creates a pleasant combination.

A dose of rye spice is mixed with cinnamon, peaches, white pepper, and new oak along  with a hint of summer berries. There is a subtle yet enjoyable heat to the palate. While the flavors are easy to pick out and enjoy, its lightness and lack of mouthfeel prevents it from truly taking off. Instead it’s just an average palate, no different from so many other MGP bourbons currently on the market.

In a word, lacking. It’s slightly dry with rye spice, oak, leather, and green pepper at the start. Those flavors quickly fade to just drier oak, which lasts a short amount of time before fading out.

Bravo to New Riff for the level of transparency they provide with their O.K.I. brand. The company is completely honest about the fact that while they age the barrels and select them when they feel ready, they don’t distill the mash that goes into this brand. In fact, they even incorporated this truth right into the name. In a bourbon world full of convoluted backstories and marketing gimmicks, it’s still nice to see transparency take center stage for some brands.

Transparency aside, O.K.I. 10 Year doesn’t stand out from the rest of the crowd, MGP sourced or not. Its flavor profile is pleasant overall, but it just doesn’t deliver anything new or distinctive to the consumer. While there’s nothing wrong with being able to enjoy a bourbon in the moment, there’s something to be said to also aim to deliver a memorable experience too. In this sense, O.K.I. misses the mark.

A few years ago, paying nearly $50 for a 10 year bourbon from MGP would have seemed too rich for my blood. Especially considering all the great age stated bourbons at the time such as Eagle Rare 10 Year Single Barrel, Elijah Craig 12 Year, Knob Creek Single Barrel 9 Year, and Henry McKenna 10 Year. However the market looks quite different than it did a few years ago. Eagle Rare lost its single barrel designation, and Elijah Craig and Knob Creek lost their age statements. Sure Henry McKenna 10 Year is still available and is a fantastic value, but that’s the exception to the norm nowadays.

Today a 10 year age stated bourbon for under $50 seems like a rarity. While I would have liked a more mature flavor profile to be delivered for a bourbon aged 10 years, I also don’t regret spending the money I did to buy a bottle of O.K.I. 10 Year, especially considering it will no longer be in production soon. I would caveat to anyone who is considering buying this that there are certainly better bourbons out there for under $50, however if your game is age stated bourbons no matter the flavor profile, O.K.I. 10 Year surely delivers.

O.K.I. 10 Year drinks much like its story, straightforward and without any frills.

The O.K.I. brand has been on my radar for a while, however it wasn’t until I had a few pours of various barrel finished varieties at Proof on Main in Louisville that I took interest in diving deeper for a full review. Unlike the barrel finished versions I tried, which were really intriguing and memorable, the standard 10 year bottling isn’t anywhere near as interesting. While its nose is inviting and gives me hope for things to come, the rest of the sip slowly goes downhill, ending on a weak finish that leaves much to be desired. It’s nice to see a 10 year age stated bourbon still selling for under $50, however in the end this bottling is nothing more or less than any other average bottle in the market.

Buy O.K.I. 10 Year Bourbon at Frootbat
‍The sample used for this review was provided to us at no cost courtesy its respective company. We thank them for allowing us to review it with no strings attached.
360 video 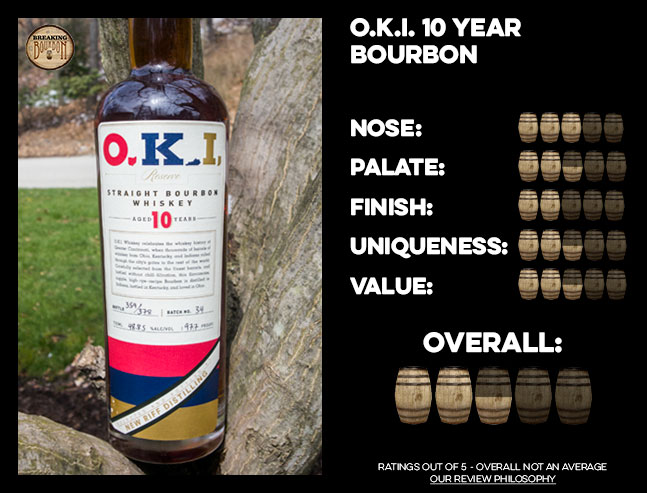 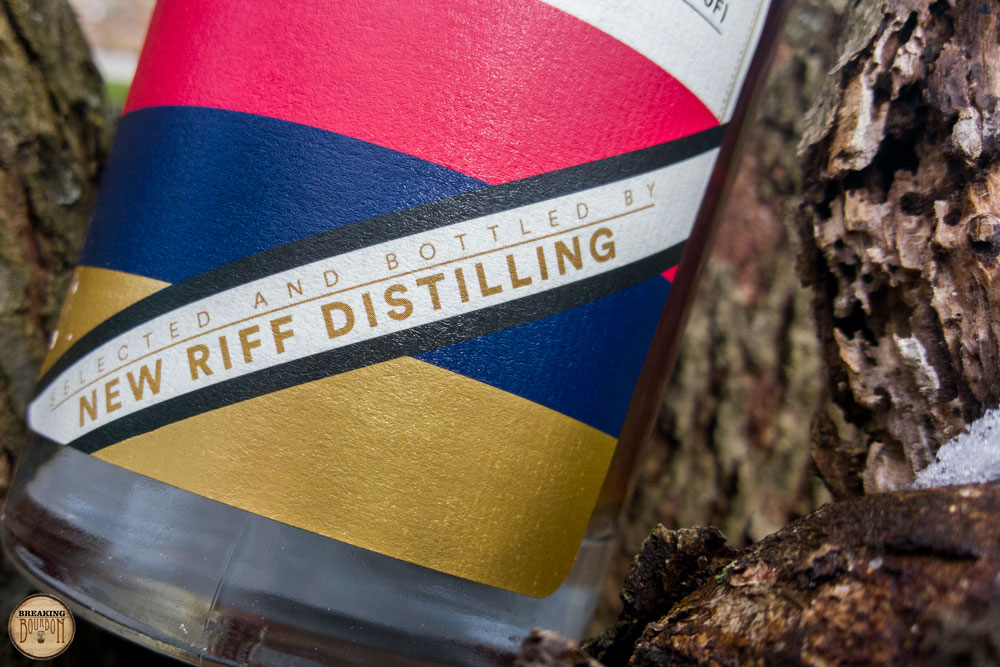 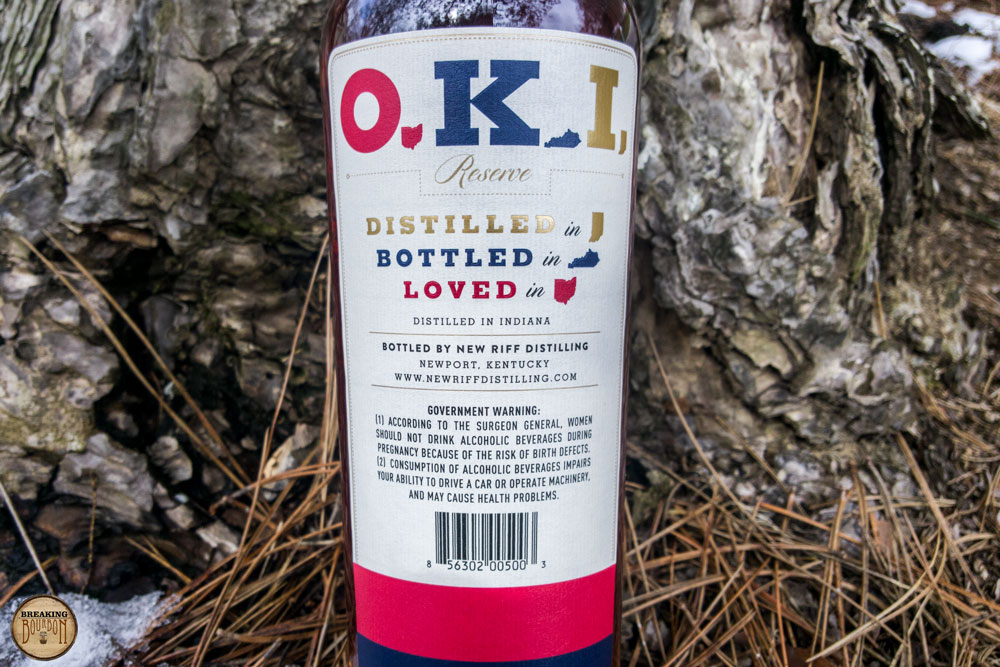 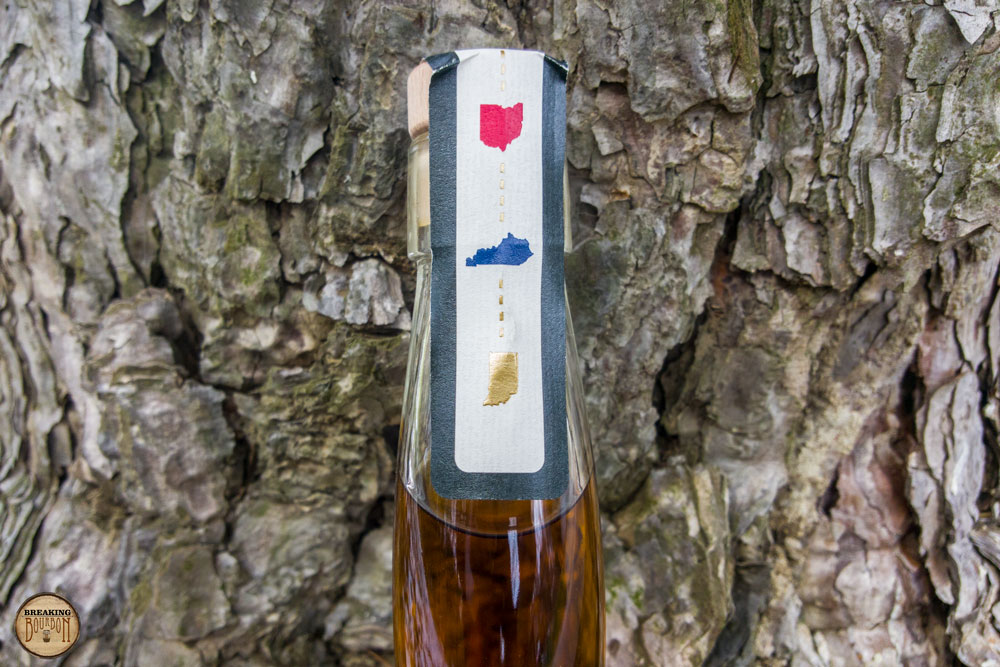