A delicious swirl of classic bourbon scents billows out of the glass. Rich charred oak, vanilla, caramel, and a dab of rye spice mixed with leather lead the pack. Exploring more reveals scents of sweet graham crackers, lightly toasted marshmallows, and brown sugar. This nose will delight your senses and quickly capture the hearts of bourbon purists. It’s an absolutely fantastic way to open the sip, and really makes you excited for what’s to follow.

The nose predicts nicely what was to come in the sip, with sweet caramel that mixes with a sharp rye spice and aged dry oak being immediately noticeable. These flavors are joined with swirls of vanilla, cinnamon, honey, and rich brown sugar. Individually, the flavors are nothing out of the ordinary, however, taken as a whole they work together in harmony to deliver a really great combination. The only fault comes from the fact that the mouthfeel is slightly on the thinner side.

A flash of cinnamon spice leads the pack. Sweet oak, vanilla, and white peppercorn appear behind it. A dry leather weaves its way in as its sweeter notes subside. A slow lingering dry spiced heat joins the leather as the two slowly tango and burn out. The finish is the perfect way to end the sip, once again focusing on rich classic bourbon flavors.

Up until this last decade, Evan Williams 12 Year 101 Proof was sold exclusively in Japan. This never raised many eyebrows, as other distilleries did the same such as Buffalo Trace bottling an exclusive black label Blanton’s and Four Roses Super Premium being offered in the Japanese marketplace. Now Evan Williams 12 Year 101 Proof can be purchased in the U.S., albeit at one location, and one location only.

While the bourbon in the bottle is the same, Heaven Hill decided to make the product look more upscale to match its exclusiveness in the States. What that means in execution is that they just put some gold wax on the top and called it a day. Beneath the shine is still the same bottle that standard Evan Williams is bottled in, screw cap and all. It’s minor in nature yet when you hold this bottle in your hand next to any other limited release bourbon it just feels cheap. It’s a reminder that the little details go a long way, especially in today’s marketplace.

Thankfully, the bourbon inside the bottle comes across as anything but cheap. It’s delicious soiree of classic bourbon scents and flavors can go head to head with most limited releases it goes up against. This bourbon doesn’t rely on exotic grains or barrel finishes, instead choosing to let Father Time demonstrate that good things come to those who wait. Evan Williams 12 Year 101 Proof may not be the most unique bourbon currently available on the market, but it does deserve a nod for delivering a sip that many other bourbons would do well to benchmark against.

Evan Williams 12 Year 101 Proof is a conundrum in today's marketplace. An export-only bourbon that is sold at a much lower cost overseas, and yet also a distillery exclusive in the U.S. that is sold for a price that most limited editions command. Since this was purchased at the distillery, I’ll focus on the U.S. MSRP of the product.

At $130, the bourbon tends to be in line with how Heaven Hill typically prices their aged limited releases such as Old Fitzgerald Bottled in Bond. Its age statement is in the sweet spot for Heaven Hill and the resulting sip helps to justify its high price tag. While $130 may seem high given its lack of backstory, cheap bottle design, and lack of gimmicks, Evan Williams 12 Year 101 Proof is priced where it should be simply based on the sip it delivers.

Even with its high price, Evan Williams 12 Year 101 Proof is a classic bourbon sip at heart, making it a bottle that should be on everyone’s list when they find themself in Louisville, Kentucky.

There are some brands that come to mind when people think of bourbon, and Evan Williams often comes to mind as he is credited with founding Kentucky’s first commercial distillery. Many individuals are exposed to Evan Williams early on in their bourbon journey thanks to their incredibly affordable Black Label or Bottled in Bond variants.

Evan Williams 12 Year isn’t the highest proof or highest aged Evan Williams, as the 23 year old beholds that crown, yet this bourbon is a clear reminder that age and proof aren’t the gold standards of greatness. It’s a bourbon that owns every single year of its age and proof, resulting in a bourbon that is full of simple classic flavors that are bound to please all who try. It truly is a shame that this bourbon is so hard to come by, as it’s the best expression of the brand I’ve tasted to date. If you find yourself in Louisville or Japan, make sure to pick up a bottle of this bourbon.

Buy Evan Williams 12 Year 101 Proof at Frootbat
‍The sample used for this review was provided to us at no cost courtesy its respective company. We thank them for allowing us to review it with no strings attached.
360 video 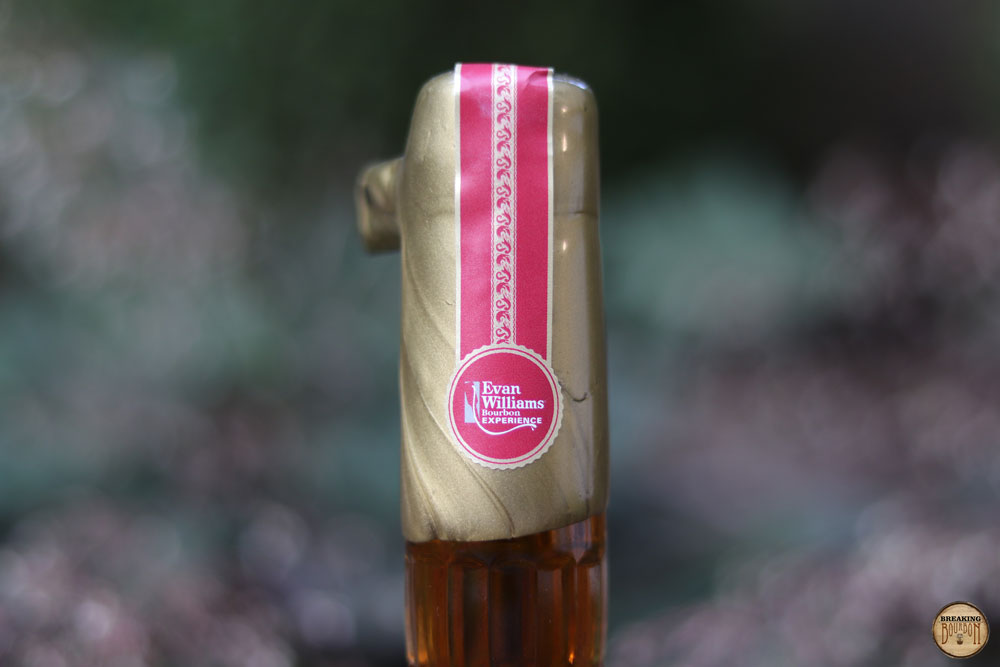 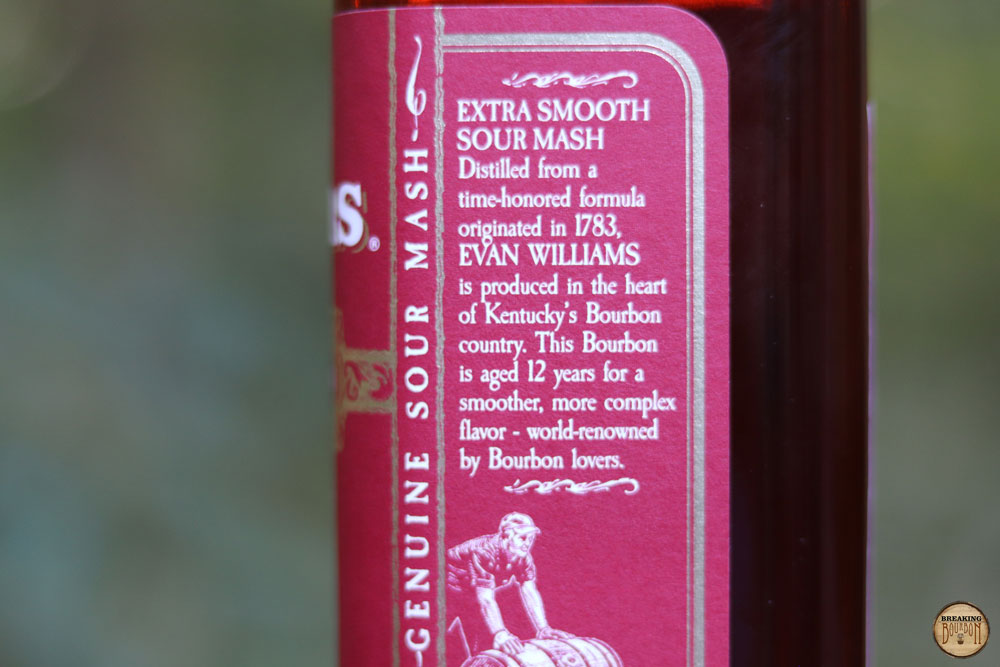 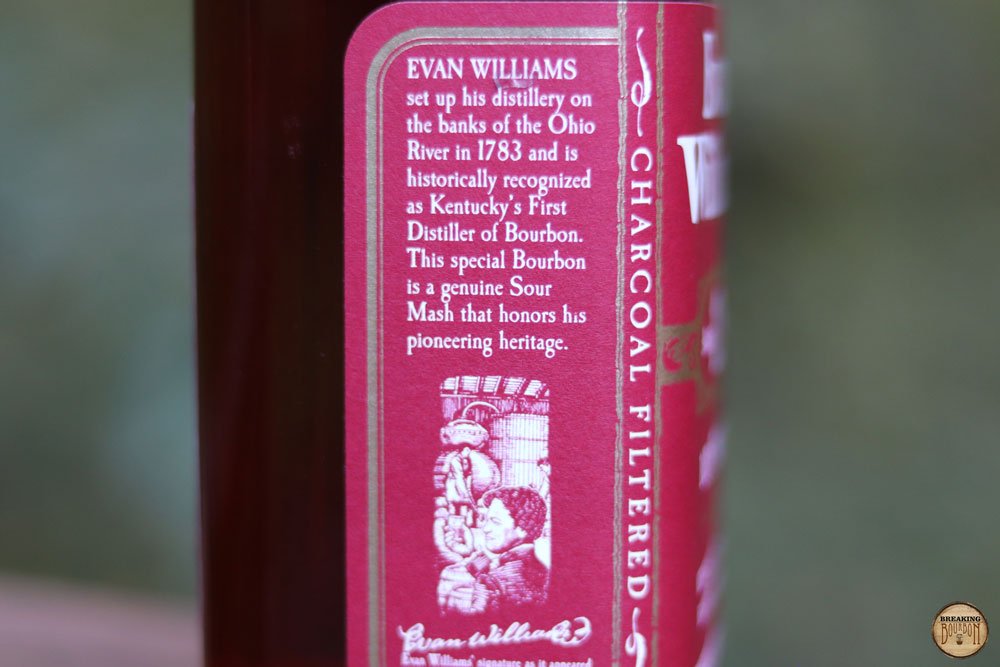