Fresh baked bread, cream soda, soft oak, and touches of coconut and cinnamon form a sophisticated aroma that is gentle in its intensity, yet immediately makes an impression. Far from acting like a blunt object, the nose is welcoming by presenting a gentle mix of enjoyable bakery and ice cream shop like scents. For its proof, it is a surprisingly layered and constantly interesting aroma that simply works on all levels.

Noticeably thin and light on the sip, what the bourbon lacks in intensity, it makes up for with finesse. There’s a touch of strawberry sweetness that offers moments of excitement, but it's the bourbon’s elegant display of soft aged oak, cigar leaf, light brown sugar, and fruit cake that make a lasting impression. Largely a traditional yet refined experience, the palate will reward those who take the time to explore it.

Dry and a bit astringent at moments, the finish fails to make an immediate good impression. It’s much too straightforward presenting light flavor variety, focusing solely on classic bourbon flavors of vanilla and oak. It’s only after some time that the finish slowly opens up and offers a gentle red fruit aftertaste. While it might fall into the too-little-too late category, it saves the finish from falling flat and lands it in the satisfactory category by the end.

When Elmer T. Lee was originally released, there weren't as many single barrel bourbons on the market as there are today, and this helped it stand out from its competitors. Of course it is a different story today, where almost every major brand offers a single barrel product.

Despite Elmer T. Lee’s single barrel moniker, the bourbon itself has never been a particularly exciting bourbon. Yet, as Buffalo Trace started to heavily allocate it, it became an elusive must-have bourbon with an almost mythical reputation. Adequate quality and a classic bourbon flavor profile carried the bourbon well over the years and proved not every bourbon needs to be flashy in order to make a lasting impression. Elmer T. Lee Single Barrel Bourbon remains just that: as elegant as ever, but also as familiar as ever.

This is the story of yet another Buffalo Trace bourbon that is respectively priced by the company, yet because of elusiveness in the marketplace, sees high markups by everyone who touches it. At face value, Elmer T. Lee is underpriced for what it offers due to its overall finesse and quality. There are plenty of impressive bourbons in its price range, but few offer the same subtlety.

Granted, in its current state, the bourbon doesn’t reach the height of releases in the company’s Antique Collection, but at more than half the price, this accounts for the price difference. The unfortunate reality is, if you really want a bottle of Elmer T. Lee, you will likely be paying in the three figures range. At that price point you’re paying more for the clout and bragging rights than the quality of the bourbon itself. There is a case to be made that the bourbon is best in class of its respective price range, but its ceiling is only so high, and three figures is in fact, too high. At MSRP, it finds the perfect harmony of quality and price. When you then add in its had the same price for nearly a decade, it’s yet another Buffalo Trace bourbon that’s technically underpriced, if you can find it for its MSRP of course.

Elmer T. Lee continues to be an elegant bourbon featuring a quintessential bourbon flavor profile, but you’d be well to keep certain expectations in check based on its secondary market fever.

As the years passed, I would occasionally see Elmer T. Lee on store shelves and always passed on it. I never became an Elmer T. Lee diehard that it seems so many bourbon drinkers became over the years. We all have brands we champion behind, but for me, I was happy to know Elmer T. Lee existed, but didn’t have a strong passion for it or a desire to clear the shelves if I saw it.

Being away from the product for many years, revisiting the current release of it surprised me in some ways, but also backed up some of the other presumptions I had about it. First and foremost, it remains a solid bourbon as we saw when Jordan reviewed it in 2014. It hasn’t shedded quality that is often assumed of brands with the passing of time, yet it also isn’t a jewel that warrants the high prices it commands on the secondary market. It has done well maintaining its quality bar and presenting itself as one of Buffalo Trace’s more elegant bourbons. It’s not a showstopper; not because it fails at trying, but probably because it wasn’t designed to be. When it was always available, it was simply seen as a well-performing, rock solid bourbon that managed to feel like it captured a bit of the soul of Buffalo Trace Distillery. In 2021, it still does all of these things, yet it just feels a little bit less special now and a whole lot harder to find.

Buy Elmer T. Lee Single Barrel Bourbon at Frootbat
‍The sample used for this review was provided to us at no cost courtesy its respective company. We thank them for allowing us to review it with no strings attached.
360 video 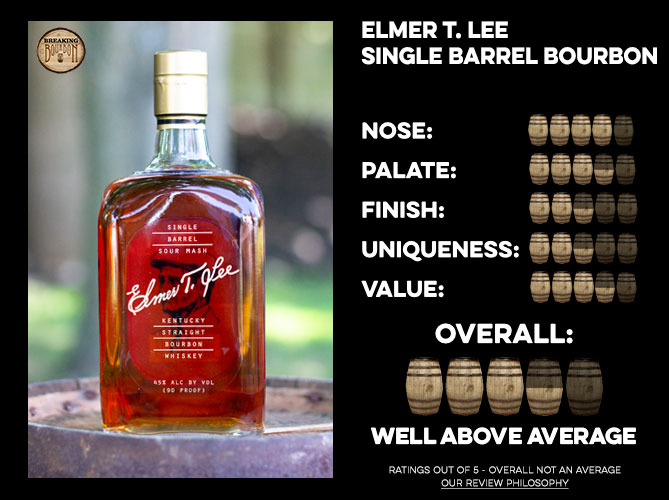 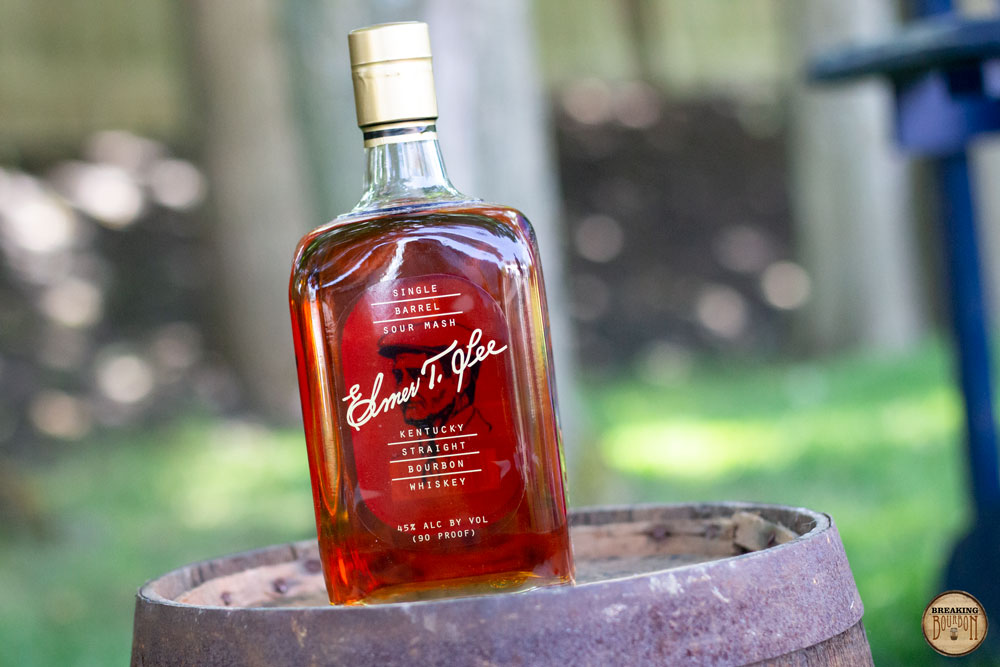 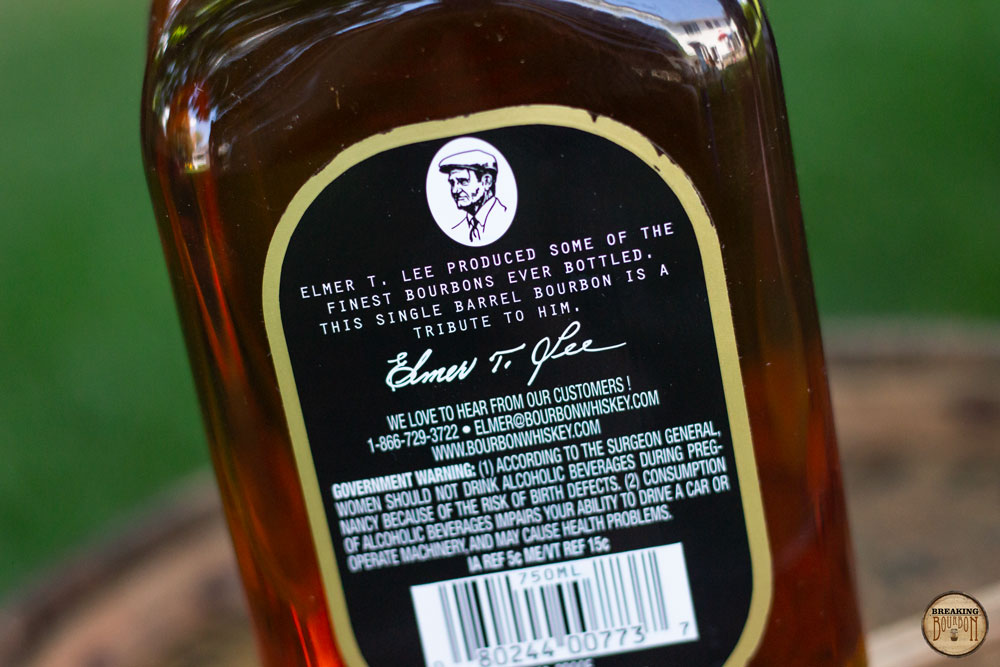 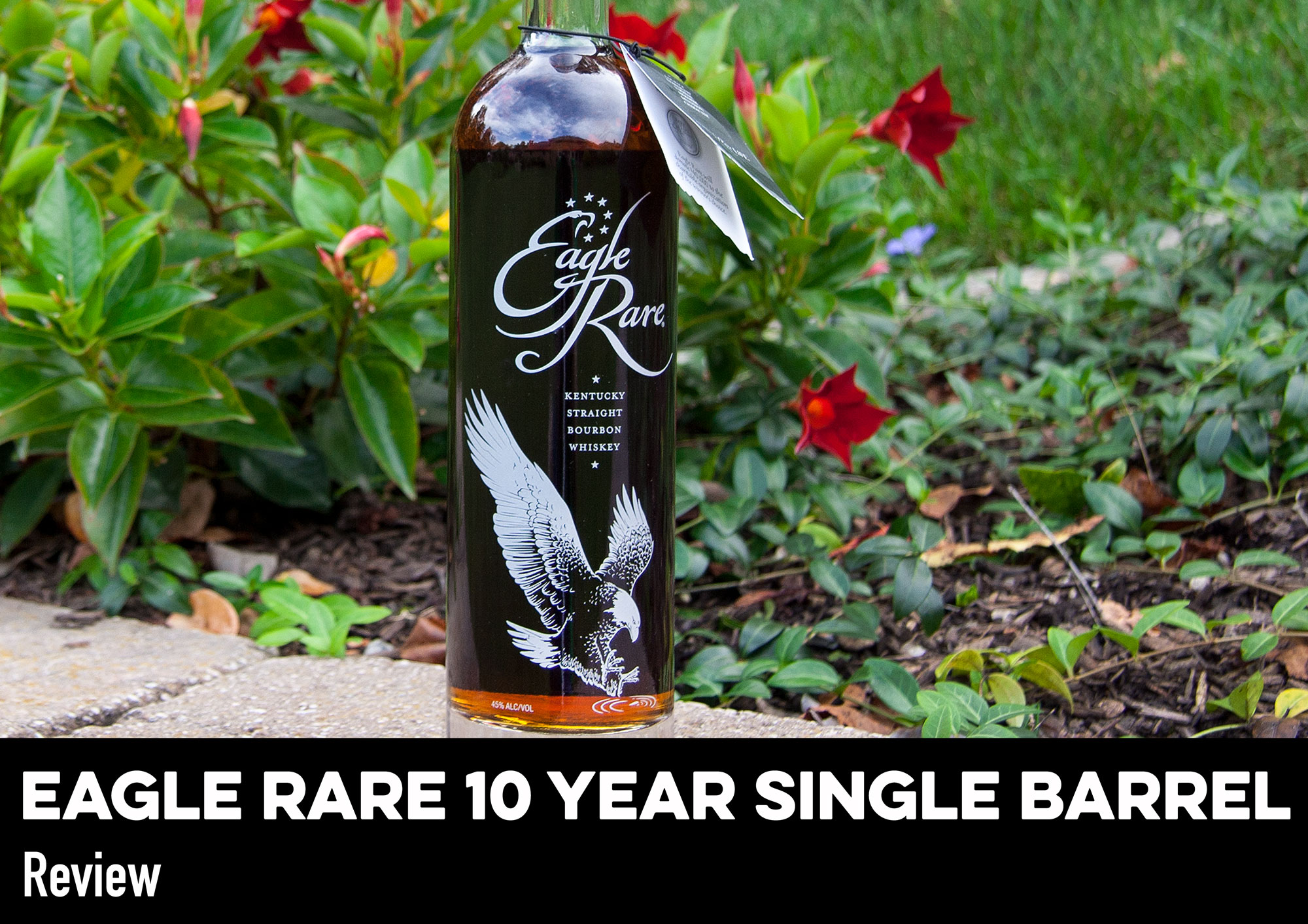 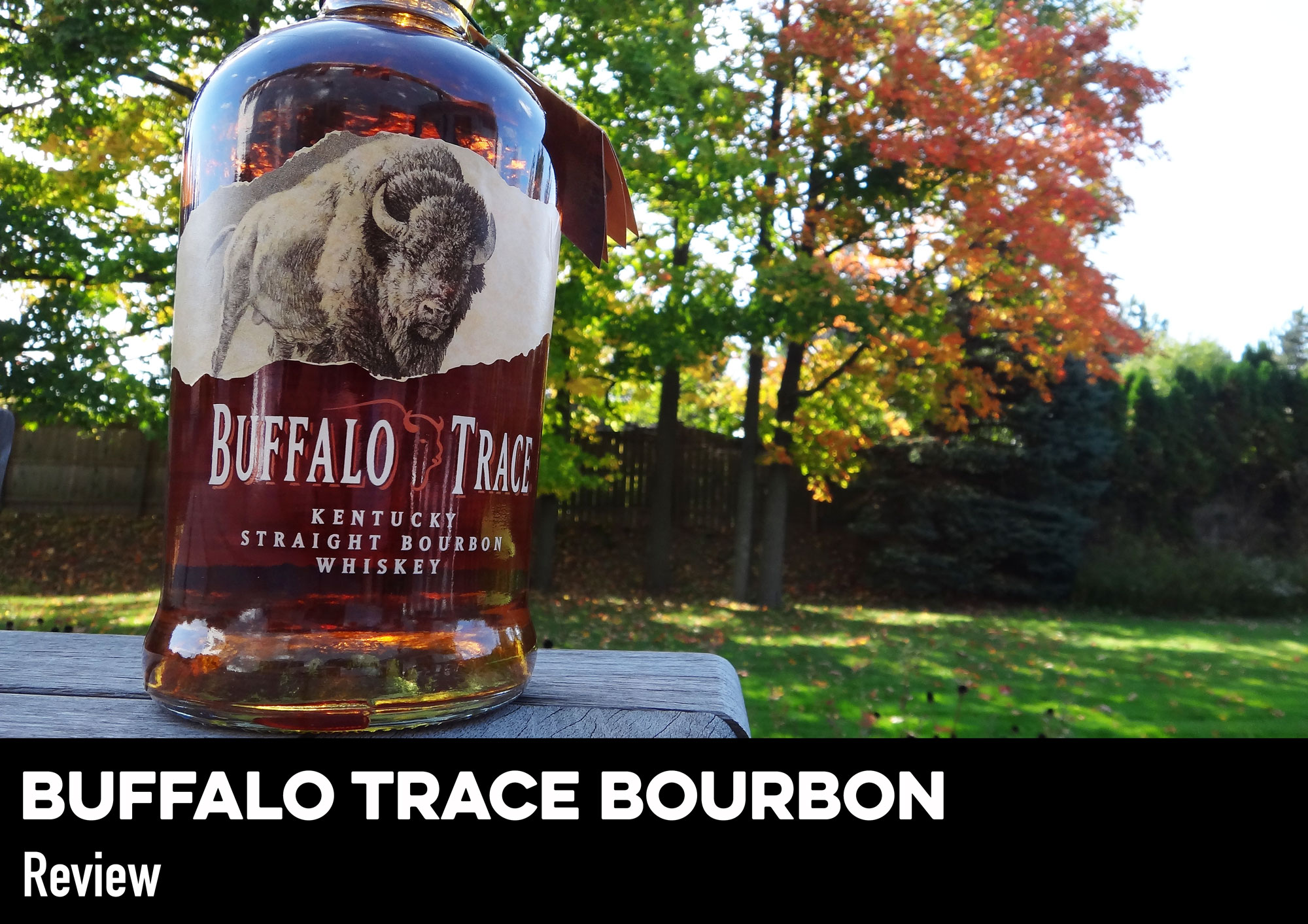 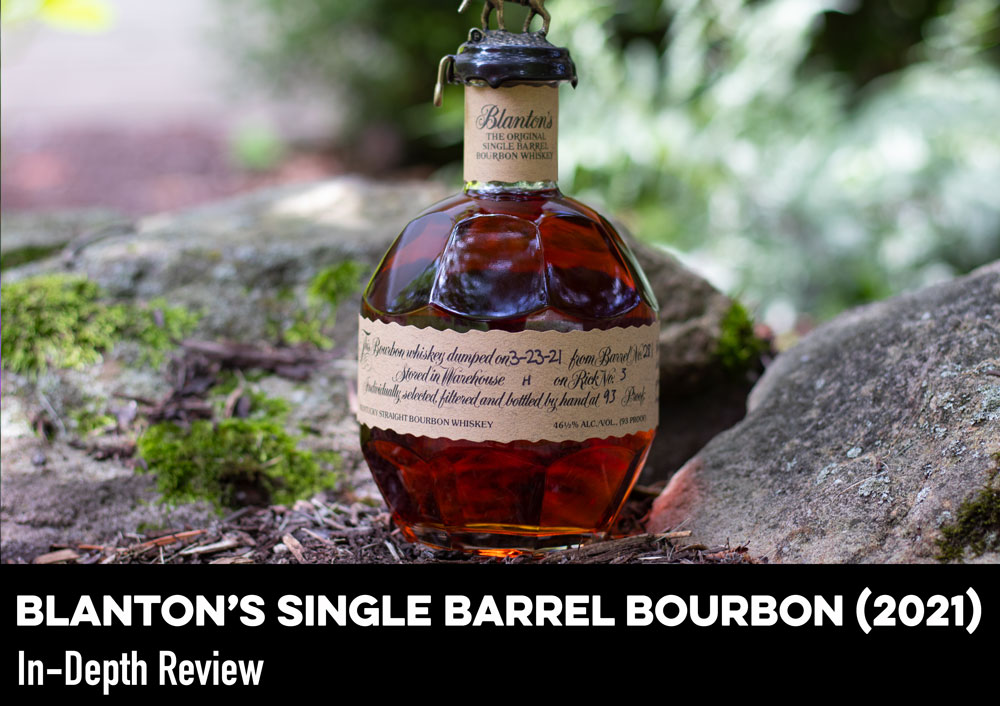