This is the introductory bourbon in the E.H. Taylor whiskey lineup which also includes ongoing releases of a Single Barrel, Barrel Proof, and Rye variant throughout the year, along with limited one-off releases. With exception of their Barrel Proof bourbon, all E.H. Taylor whiskeys are Bottled in Bond (BiB). To be labelled BiB, the whiskey must be the product of one distillation season and one distiller at a single distillery, aged in a federally bonded warehouse under U.S. government supervision for at least four years, and it must be bottled at exactly 100 proof. Additionally, the BiB label must clearly identify the distillery where it was distilled and where it was bottled, if different.

Some bourbons hide their proof and others seem to try to live larger than what they actually are. E.H. Taylor Small Batch is one of those. Lifting the glass up to my nose I’m greeted with butterscotch, caramel, warmed baked multigrain bread, and hints of liquorice and dried raisins, all of which are undermined by a heavy hanging dose of alcohol. This was surprising to me, as while you sometimes have a little alcohol scent upfront when you get to the 100 proof range, this comes across as excessive. After a few minutes in the glass however, the alcohol scent mostly dissipates and you’re left with a pleasant blend of all of the aforementioned scents.

Plump dried raisins, lightly charred oak, and vanilla are all front and center in this classic palate with a twist. The mouthfeel is nicely balanced and more floral than I expected based on the nose. Overall fantastic in terms of being not too heavy, not too light, just the perfect balance that allows you to hold it in your mouth and really chew on it. It’s not overly complex, but that doesn’t make it any less enjoyable.

Vanilla, light tobacco, leather, and white pepper start the finish off, along with a pleasant burn that’s isolated to my mouth only. As the finish goes on and flavors dissipate, a dry leathery flavor dusted with a slight hint of white pepper and dried apricot remains. Like the palate, it’s not overly complex, yet it’s still enjoyable. However I do wish it lasted a little longer than it does, as it completely disappears after a minute or two.

At 100 proof, it’s very easy to drink and the flavors are rich and quite enjoyable. For an everyday small batch bourbon, E.H. Taylor’s release is in-line with the rest of the pack. It delivers a quality well balanced flavor profile that is hard to overly critique, yet is also hard pressed to really distinguish itself from say a Buffalo Trace or Four Roses Small Batch. While I was surprised at how alcohol forward it was on the nose, given time to open up, it quickly resolves itself in the glass thankfully.

What really wins it over for me though, is that while it’s a small batch variant, it nicely captures many of the same traits that are exhibited in the more expensive E.H. Taylor Single Barrel and is able to do so for $20 less. I’m not saying its flavor profile is better than the single barrel version, or that the single barrel version is phenomenal, but when a small batch can almost match a single barrel product of itself, that’s pretty impressive. While not the exact carbon copy flavor wise, it comes satisfyingly close.

While in-line with some of its peers mentioned above, it’s slightly out of line on price. At $40 this is selling for around $10 more than it should be for what’s in the bottle. It’s not horribly overpriced, but it is overpriced nonetheless, especially compared to other bottles retailing for $40 such as Maker's 46 or Knob Creek Single Barrel. That being said, Buffalo Trace seems to be pricing this specifically at this price point for a reason. The company has aligned the E.H. Taylor brand as a standalone premium line. It allows the company to differentiate itself from their other products, and in this case gives the impression that the E.H. Taylor Small Batch is a more premium product over their standard Buffalo Trace.

In order to make up for the price however Buffalo Trace makes up for it in the packaging, as the E.H. Taylor brand really shines when it comes to their packaging. From the “faux” tax strip on their bottles (albeit in orange and not the traditional green for BiB whiskeys), the copious amount of information they list on the bottle, and the tube it comes in, a high amount of detail was put into the packaging for this bourbon. It truly makes for a great bourbon to gift to someone. While this shouldn’t be a justification for being priced higher than it deserves, it’s more than many brands currently do to make up for it.

E.H. Taylor Small Batch is really a contrasting bourbon. On one hand you have a really full-flavored bourbon that can almost go head to head with it’s bigger brother E.H. Taylor Single Barrel and holds it’s own. On the other hand you're paying slightly more for the presentation of the packaging for the bourbon it contains. While I wish this sold for about $10 less, there’s no denying that it’s a really solid bourbon that most individuals will enjoy. The palate is delectable and sans the heavy alcohol upfront, the overall flavor profile is enjoyable. If you haven’t had a chance to experience this yet make sure to seek it out, as it truly is a good introduction into the E.H. Taylor line of whiskeys.

Buy E.H. Taylor Small Batch at Frootbat
‍The sample used for this review was provided to us at no cost courtesy its respective company. We thank them for allowing us to review it with no strings attached.
360 video 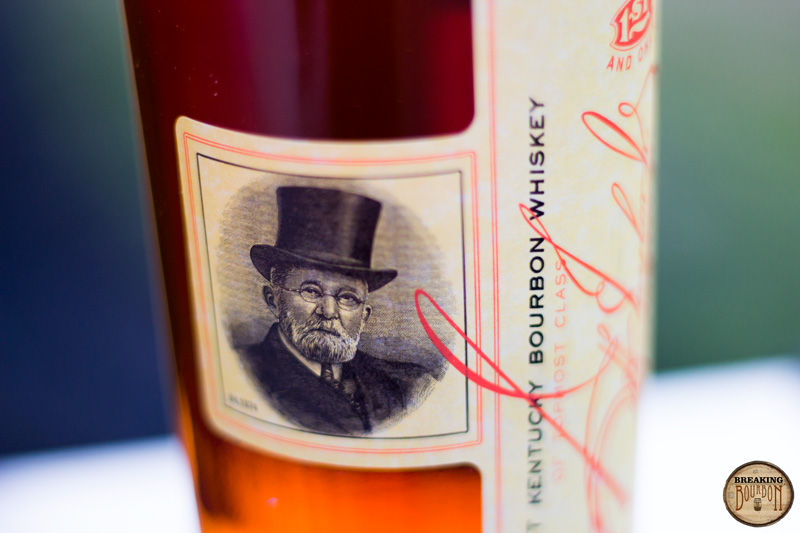 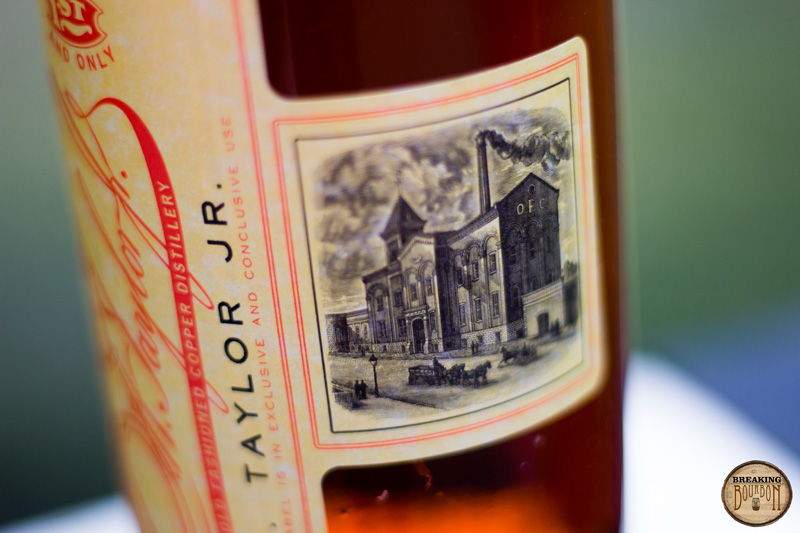 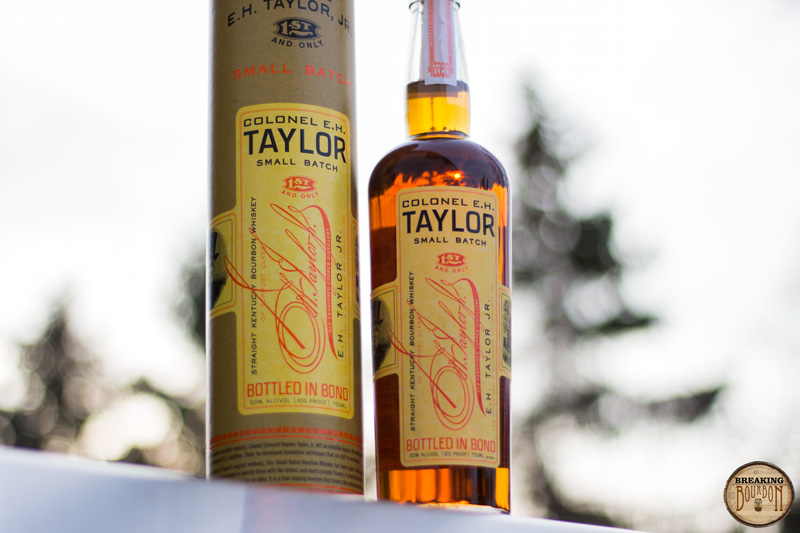 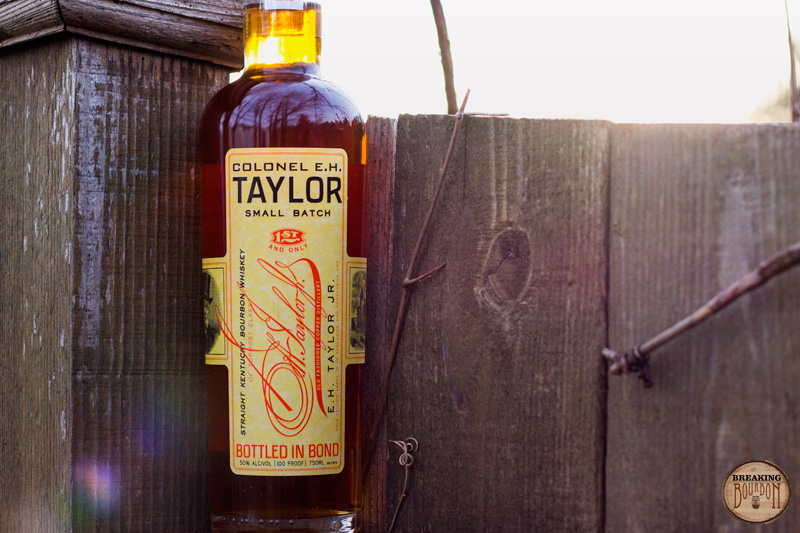