New Holland Brewing Company is located in Holland, Michigan. More widely known for their bourbon barrel aged stout beer, this first batch of Dragon’s Milk Bottled-in-Bond was distilled in the Spring of 2016 and meets the requirements to be labelled Bottled-in-Bond. To be labelled Bottled in Bond, the whiskey must be the product of one distillation season and one distiller at a single distillery, aged in a federally bonded warehouse under U.S. government supervision for at least four years, and it must be bottled at exactly 100 proof. Additionally, the Bottled in Bond label must clearly identify the distillery where it was distilled and where it was bottled, if different.

Delicate aromas of apple and baking spices get the bourbon off to an interesting start. Caramel and toasted oak follow, grounding the experience to more traditional expectations. The combined aroma is light and approachable, offering a nice opening to the sip.

A rush of light fruits explodes on the palate. It’s an amalgam of light fruits: apricot, orange, nectarine, and a whisper of mango that shocks with its bold delivery. A sprinkling of baking spice adds depth, along with a dab of aged oak. This assembly of flavors is quite unique, making for an incredibly fruit-forward experience that’s grounded just enough to really work, making it quite enjoyable overall.

Tapering fruit notes from the palate begin the finish on a sweet note. The fruit-forward sweetness transitions to light oak and baking spices, but maintains its presence throughout. Long and enjoyable, the finish caps this unique fruit-forward bourbon off nicely.

New Holland Brewing Company is most known for their Dragon’s Milk beer, a dark barrel-aged stout with an ABV of 11% that’s rich with flavors of coffee and dark chocolate. Carrying over to their spirits, it’s nice to see their foremost spirit that carries the same moniker, meets the requirements to be labelled bottled in bond.

Considering the branding crossover from a rich dark stout beer, I was expecting similar dark chocolate notes in the bourbon that shares its namesake. To my surprise, the bourbon is the exact opposite. The flavor profile is not only fruit-forward, it’s a focus on light fruits as compared to the more common dark fruit notes found in bourbon based on my experience. If I didn’t know it was bottled in bond, I may have even guessed it was finished in secondary barrels based on the flavor profile alone.

The bourbon’s mashbill - 70% corn, 25% malted barley, and 5% rye - is anything but common. Rye is the most popular secondary grain, with wheat as the most popular alternative. Swapping the percentages of malted barley and rye is not nearly as common, and I’d wager contributes to the bourbon’s unique flavor profile. With that being said, the flavors remain grounded just enough to stay within the lines, resulting in a bourbon that still tastes like a bourbon.

New Holland pulled off a feat with this release - offering a unique flavor profile that will satisfy both bourbon geeks and mainstream consumers alike. While there are plenty of bottled in bond bourbons available for well under $50, I can’t think of a single one, or any other bourbon, that resembles the flavor profile offered by Dragon’s Milk. Offered as a limited release with annual (or semi-annual) batch releases anticipated, the flavor profile will likely change from year to year and release to release. It’s a reasonable price for a less-known distillery out of Michigan, and even better when you consider how different it tastes.

New Holland Brewing Company’s first release of Dragon’s Milk Bottled-in-Bond Bourbon is a fruit-forward bourbon experience unlike any other.

Sometimes when I talk about the range of bourbon flavor profiles, I describe it as narrow, relatively speaking of course. Aside from differences attributed to proof and barrel finishes, bourbons are generally a mix of sweet, spice, and oak and don’t stray too far from the norm. It’s this expectation and approachability that consumers rely on, and one that differentiates bourbon from other whiskeys such as scotch or the more general American whiskey category that can vary significantly from one to the next.

Dragon’s Milk somehow manages to push the bourbon flavor profile ever so slightly into new territory, albeit still in the same vein as what you would expect for a bourbon release. Is a malt-heavy mashbill and Michigan aging the secret, or is it their distillation technique, yeast strain, or barrels used? Whatever it is, Dragon’s Milk Bottled-in-Bond is a bourbon you shouldn’t sleep on.

Buy Dragon’s Milk Bottled-in-Bond Bourbon (Batch 01) at Frootbat
‍The sample used for this review was provided to us at no cost courtesy its respective company. We thank them for allowing us to review it with no strings attached.
360 video 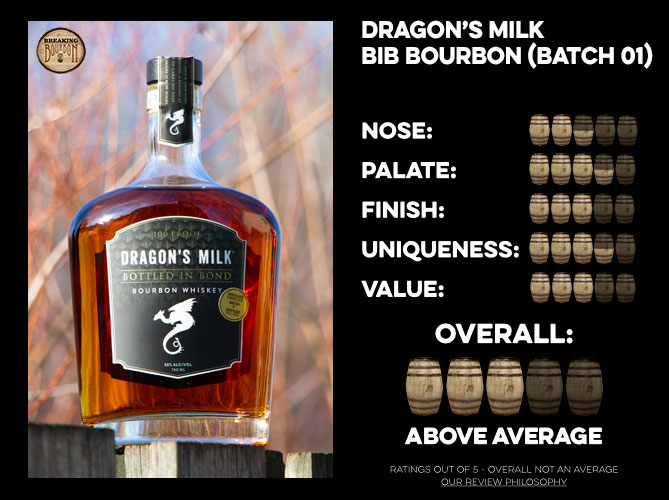 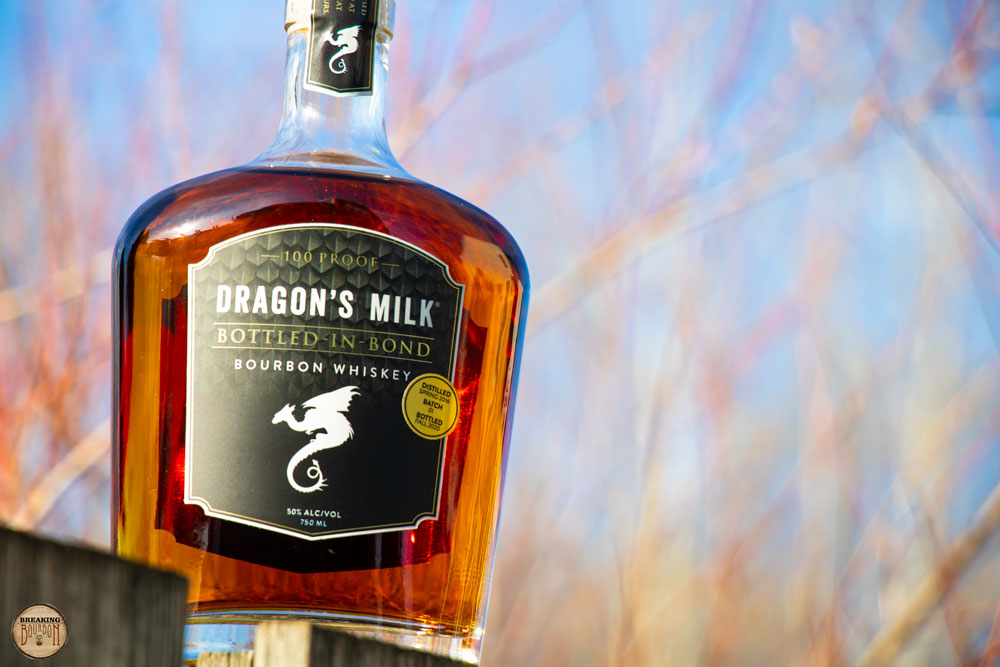 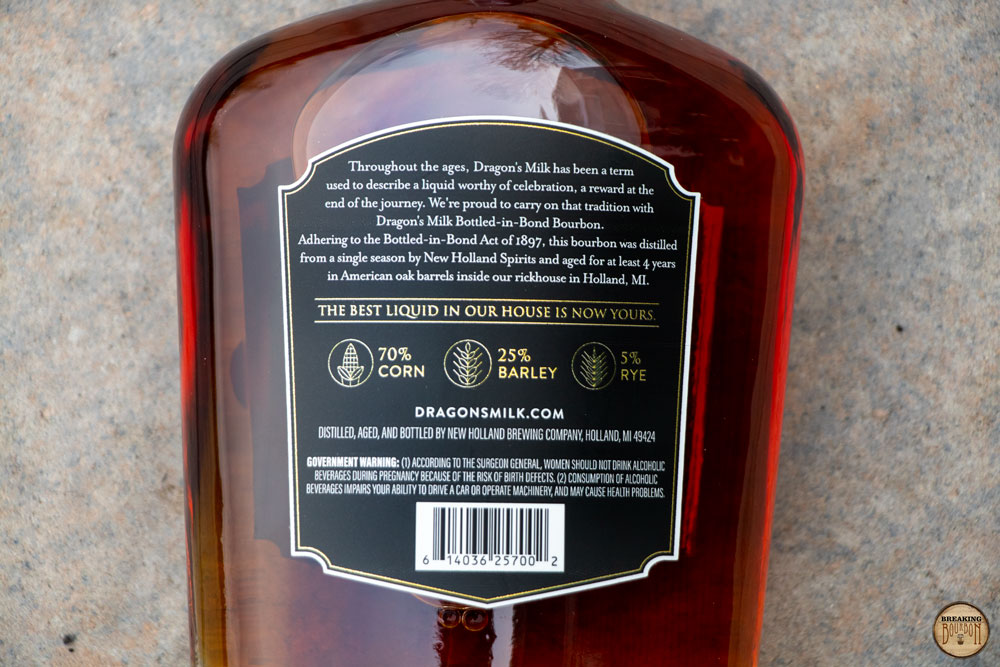 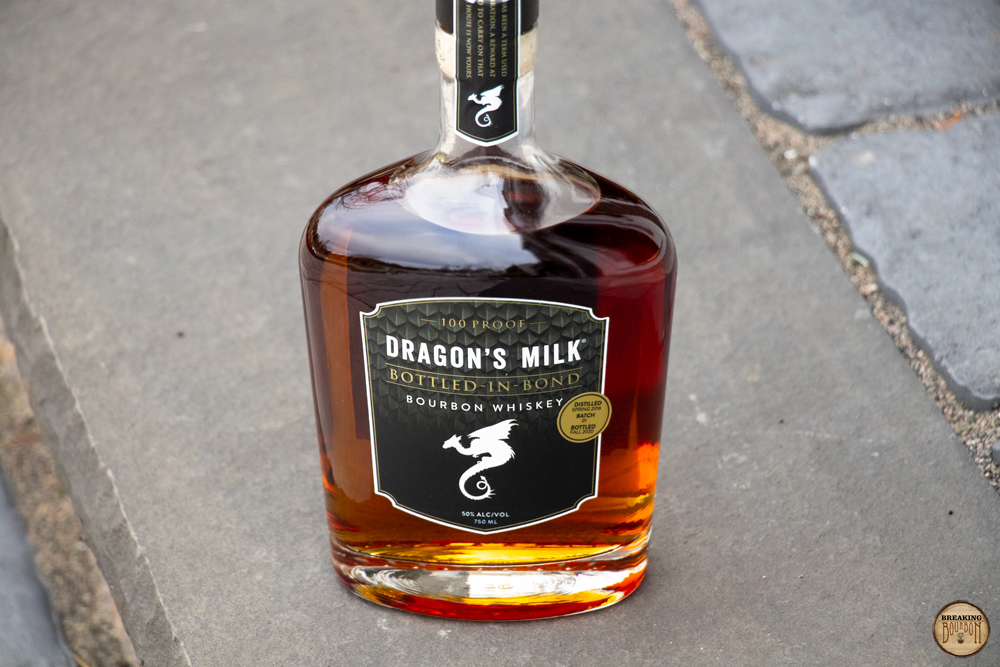 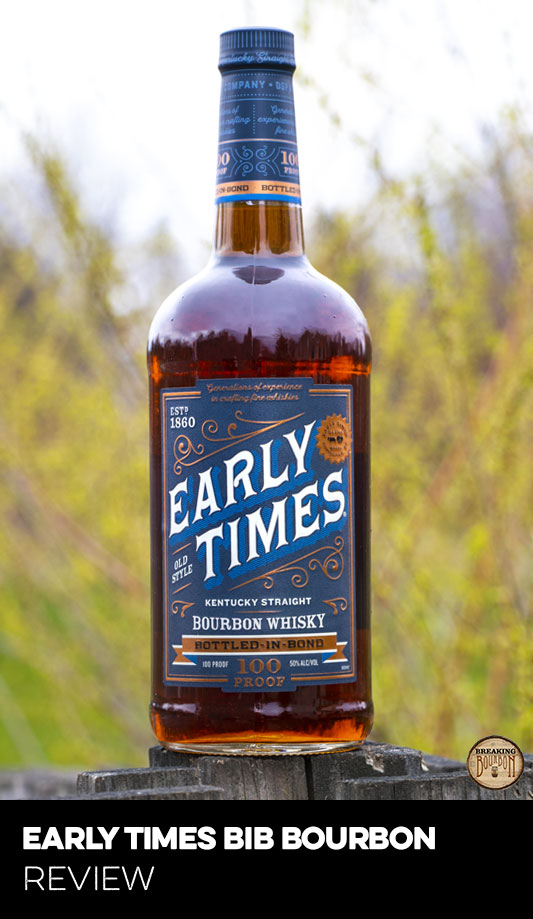 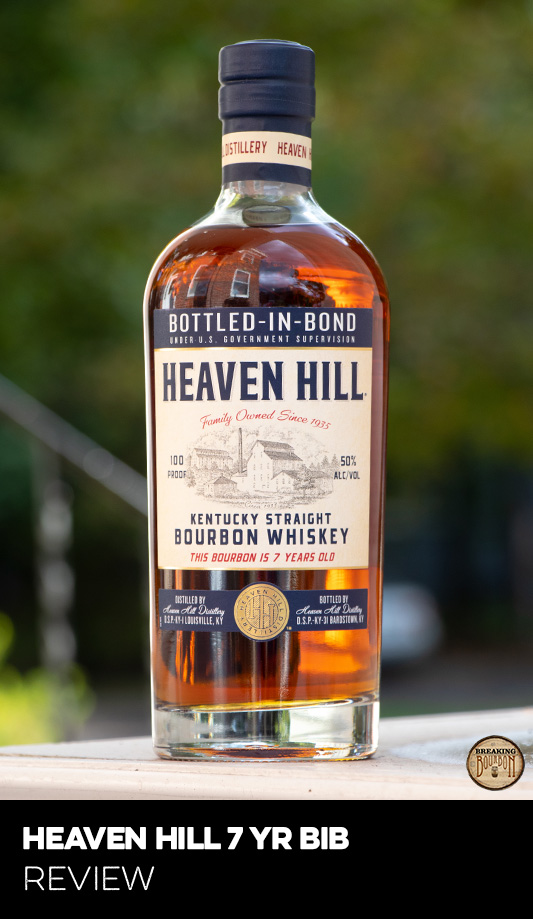