Distillery: Sourced from an undisclosed distillery(ies) in Kentucky

Western Spirits Beverage Company was established in 2008, and according to the company it was “founded to focus on a vision to build unique, innovative spirits brands.” This includes the Calumet Farm Bourbon brand, which they say honors the rich history and legacy of Calumet Farms in Lexington, Kentucky. The company sources all of their bourbon for their various brands, and while the distillery is undisclosed, the mashbill points to it most likely being sourced from the Barton Distillery. The company states that each Calumet Farm Small Batch Bourbon is crafted from an undisclosed ratio of 50 total barrels of 8 and 15 year old bourbons.

The lower proof provides for a more subdued opening. Light scents of rye grain and spice mingle with light caramel and vanilla. Adding intrigue is a smattering of peppery oak. There’s a thin layer of sweetness in the form of ripe summer fruits that adds a much-needed dose of intrigue but it requires work to be sought out. For a mix of 8 and 15 year old bourbons, you certainly hope for more.

The palate starts off on thin notes of oak and vanilla. Sitting with the whiskey longer, peppercorn and rye spice appear along with a more tannic oak note. A hint of brown sugar tries to add a bit of balance. The end result is a muted palate with a thin mouthfeel due to its lower proof, which cuts off the sip at its legs.

The finish tries its best to differentiate itself from the rest of the sip. Light notes of vanilla, oak, and rye spice kick things off. A dab of white peppercorn appears before a subtle yet present rye spice takes over providing for a longer than expected lingering heat. A surprising brief appearance of dry oak develops which ever-so-slightly hints at the ages of the bourbon used in the blend.

Calumet Farm Small Batch Bourbon tries to differentiate itself in the marketplace by using a 15 year bourbon in their small batch blend. It’s prominently stated on the front of the bottle before its 8 year old bourbon component. This would lead one to believe that the blend contains a large amount of 15 year old bourbon. However, the sip suggests otherwise.

Usually, with higher-aged bourbon, you’d expect more depth to be present. Yet Calumet Farm Small Batch Bourbon lacks depth, and its 86 proof doesn’t help to highlight its flavors well. Sure you get a hint of tannic or dry oak here and there that shines a slight flicker on the ages of the bourbon in the blend, but overall the classic signs of this blend containing 15 year old bourbon are missing. My assumption is that the majority of the blend is 8 year old barrels with a smattering of 15 year barrel(s) added in. While the higher ages barrels used are an interesting talking point, in the end, the bourbon itself doesn’t differentiate itself much from other small batch bottles in the market.

The category of small batch bourbons is one that is certainly not lacking competition. The majority of both major and minor bourbon brands in the market have at least one small batch product that they produce. While prices are all over the board, small batch bourbons consisting of Kentucky bourbon generally fall in the range of $25 - $50.

Coming in at the higher end of this standard age range, Calumet Farm Small Batch Bourbon seems like it would be a great value on paper. Containing a blend of higher aged (including double-digit) Kentucky bourbon isn’t something you see at the $50 price point. However, Calumet Farm doesn’t deliver the sip that you would expect for this combination. It’s light overall due to the proof, which is a shame seeing the components it has to work with. In the end it comes across more like Basil Hayden or Basil Hayden 10 Year, both in price, but also in the regard that it delivers a lackluster sip overall. Calumet Farm Small Batch misses the mark at its current price.

Calumet Farm Small Batch Bourbon is a reminder that just because you have all the ingredients to succeed, doesn’t mean the end result is a home run.

Calumet Farm is a brand that often goes unnoticed on shelves. However, with an impressive age range of its bourbon and a switch to a more traditional bottle for their 2022 Legacy Releases instead of their usual short squat bottle, there is a lot of new interest directed towards the brand. While I’m still curious to try their single year age stated variants with their higher proof, their Small Batch release misses the mark. It’s the bourbon’s 86 proof though that ultimately holds this bourbon back, resulting in a muted flavor profile that does nothing to highlight its high aged components. If you’re a fan of lower proofed small batch bourbon akin to Basil Hayden, or want to impress your whiskey friends with a high aged blend with a bourbon they probably haven't heard of, Calumet Farm Small Batch Bourbon will be right up your alley. For everyone else, the sip just doesn’t justify the cost of admission in what ends up being a below average pour.

Buy Calumet Farm Small Batch Bourbon (Legacy Release 2022) at Frootbat
‍The sample used for this review was provided to us at no cost courtesy its respective company. We thank them for allowing us to review it with no strings attached.
360 video 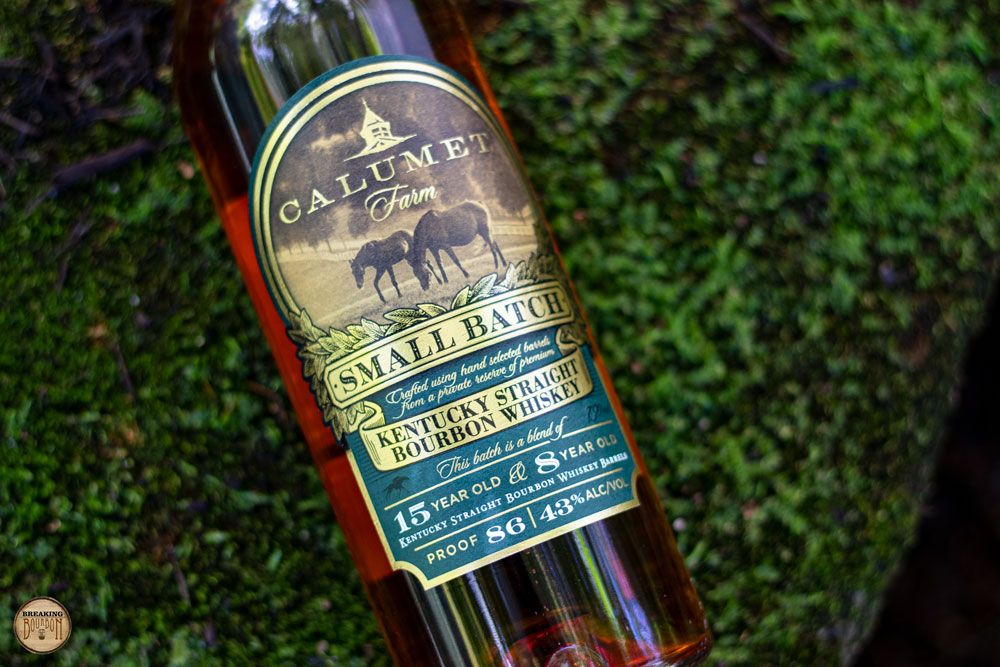 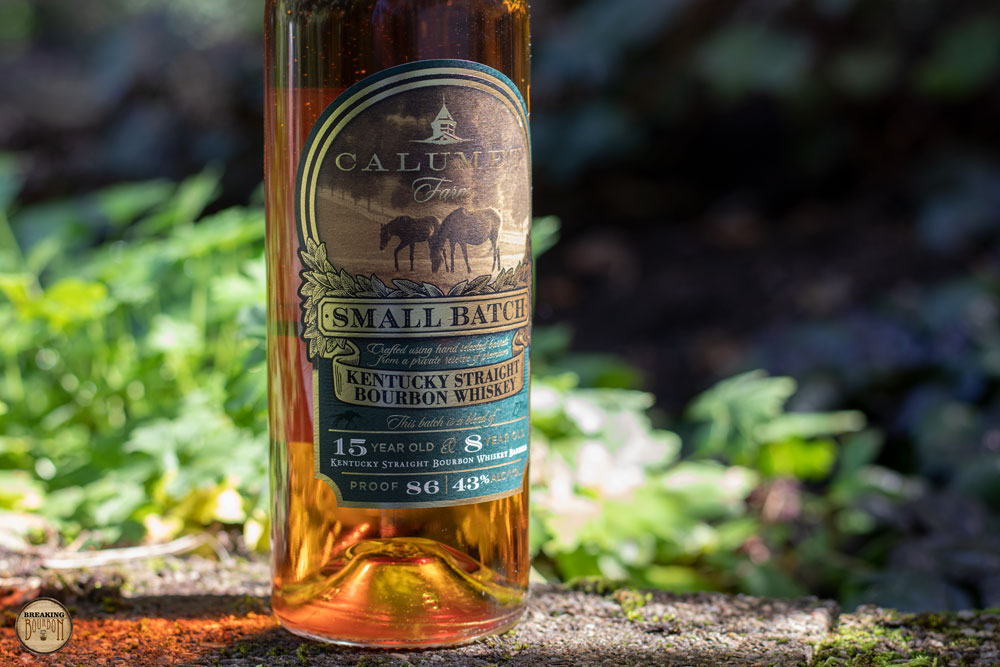 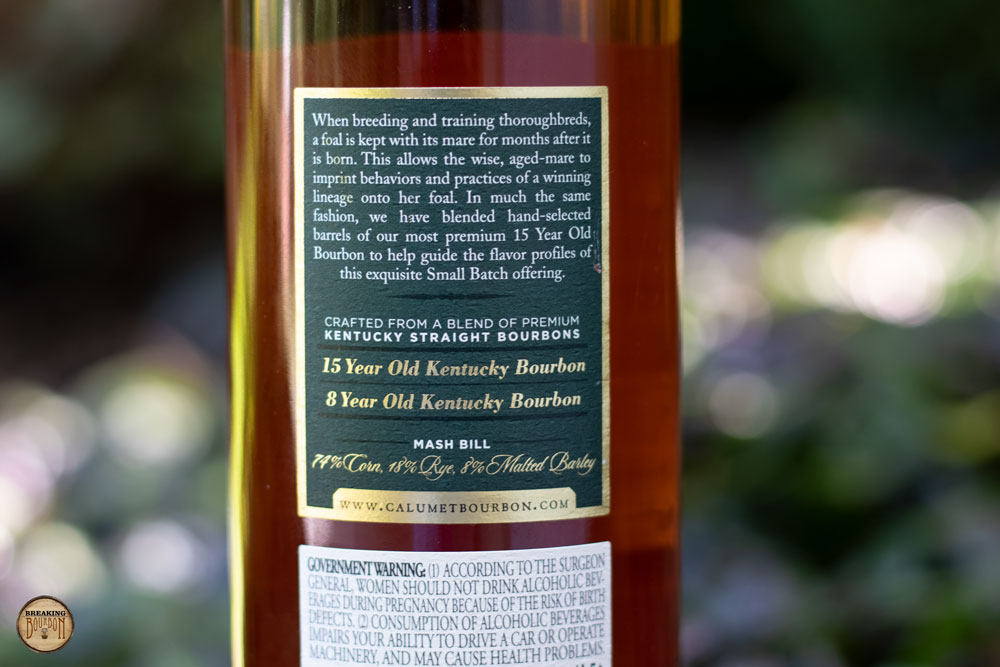