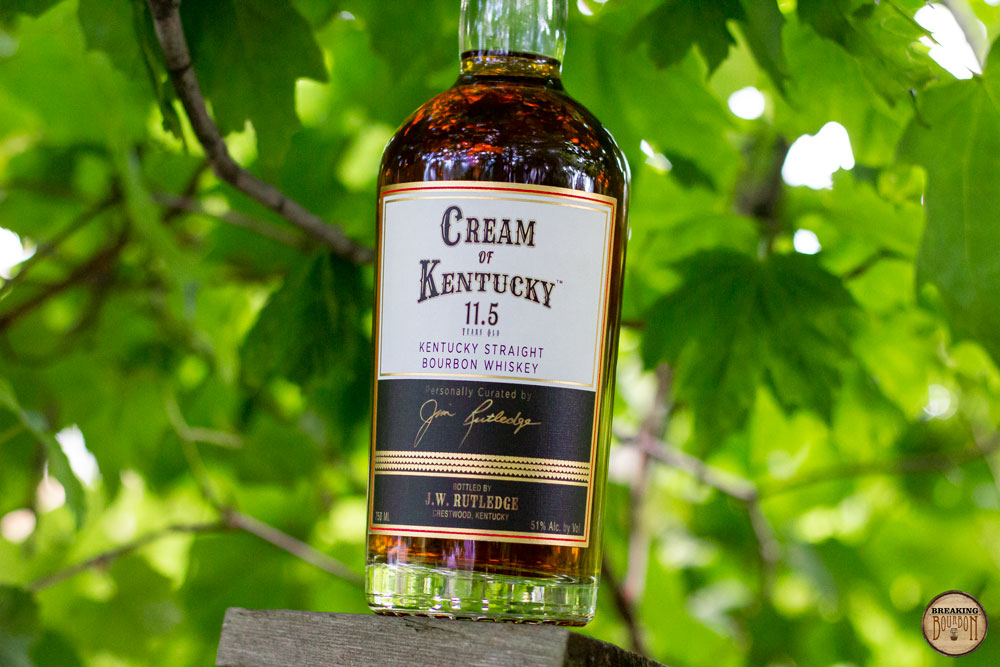 Distillery: From an undisclosed Kentucky distillery

The Cream of Kentucky brand was originally introduced in 1888 by I. Trager & Co. of Cincinnati, Ohio. The brand became popular in the 30’s and 40's, thanks in part to Norman Rockwell providing artwork for its marketing. Jim Rutledge now owns the brand and chose to use it as his first release from his new distillery, J.W. Rutledge Distillery.

Rutledge was the master distiller at Four Roses for 21 years. He left the company in 2015 and not long after announced he was creating his own distillery with plans to break ground for construction of the new distillery in 2019.

A warm and inviting aroma greets you as a bouquet of fruit notes is overwhelming. As it sits, notes of cherry cold medicine, cola, and heavy oak develop and become more pronounced. Its balance of sweet and oak is very satisfying, and its twinge of heat and additional sweetness are welcomed.

Sweet fruit flavors are proudly on display and are reinforced by additional notes of caramel, vanilla, and milk chocolate. This is nicely balanced against a hearty oak and nut element. Overall a decent amount of complexity and mingling of flavors makes this an interesting palate and one that’s quite fun to drink.

Bitter notes are prominent right out of the gate, followed by heavy oak and walnut, capped off with a flare of heat. By far the weakest and most flawed part of the sip. Despite this setback, it helps counter the strong sweetness of the palate in an agreeable way. The bitterness does become less impactful with subsequent sips, just not enough to completely forget about it.

Rutledge’s version Cream of Kentucky is an interesting one though. It’s far from straightforward and features a good amount of complexity, while still maintaining a good degree of flavor balance. It’s quite sweet and fruity which is similar to a Four Roses bourbon, but also offers heavy nut, oak, and bitter notes that aren’t typically found in their bourbon. The result is a bourbon that marries what we love from Rutledge’s product in the past, yet still pushes forward into new territory.

Cream of Kentucky clocks in at $150, planting it in the realm of limited release pricing. It’s not necessarily marketed as a limited edition bourbon, yet with a target of 36,000 bottles set to release in 2019, the numbers speak for themselves. Limited, but not that limited.

Bourbon with age statements tend to command a higher price nowadays, especially ones in and around the 12 year mark. Barton 1792 just released a 12 year old 1792 for $50. Elijah Craig Barrel Proof still sports its 12 year age statement and asks $60. And then there’s something like the limited release of Evan Williams 12 Year for $130. So it’s clear not all age statements are created equal. Comparing Cream of Kentucky to 1792 12 Year for instance, there is a clear distinction of quality difference and one can understand the price disparity. Yet, Cream of Kentucky, despite its many positive traits, still suffers from a flawed finish and that’s where the its price becomes an issue. It’s within the realm of what the market will more or less accept, but those cracking these bottles to drink will most likely feel they paid too much for what they got.

A sweet, fruity and nut forward bourbon that’s both complex and unique, offset by a questionable finish and price.

Jim Rutledge comes out swinging with his first release from his newly minted distillery. Despite its sourced origins, it showcases what many loved about his flavor profile choices at Four Roses, but also ventures into new unproven territory for the master distiller. While the bourbon’s bitter notes in the finish might be damning for some, it surprisingly gets better in subsequent sips. That surely doesn’t excuse it, but it at least can help make its $150 price tag a bit more agreeable. You may not immediately fall in love with this bourbon, but this is a case where spending time with it reveals it virtues and discover its sum is greater than its parts. Rutledge is one of bourbon’s all-star veterans and it will be interesting to see what comes next from him and his new distillery.

Buy Cream of Kentucky Bourbon at Frootbat
‍The sample used for this review was provided to us at no cost courtesy its respective company. We thank them for allowing us to review it with no strings attached.
360 video 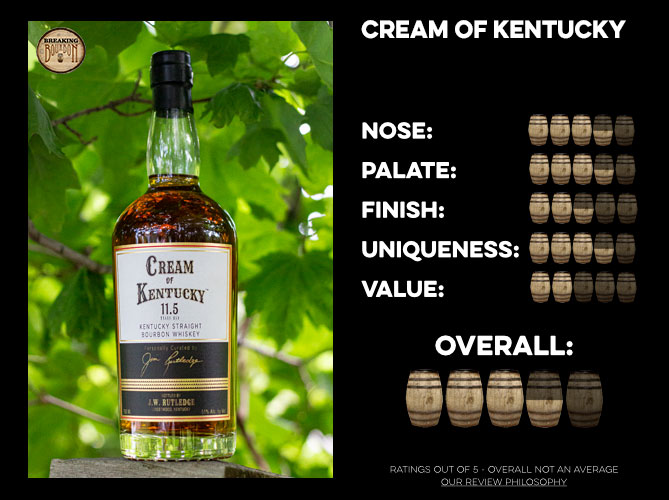 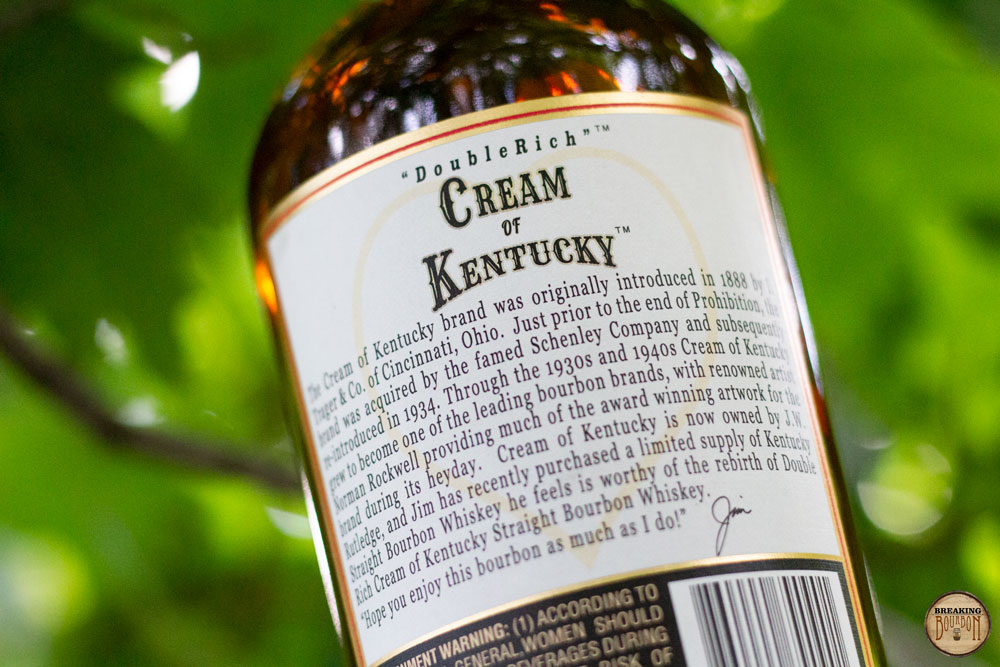 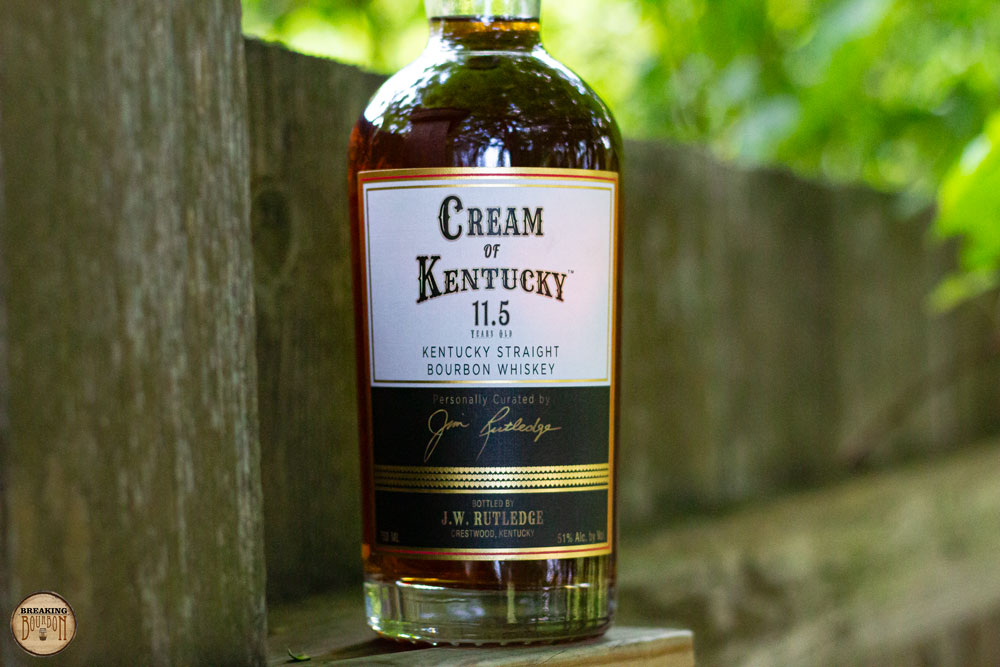 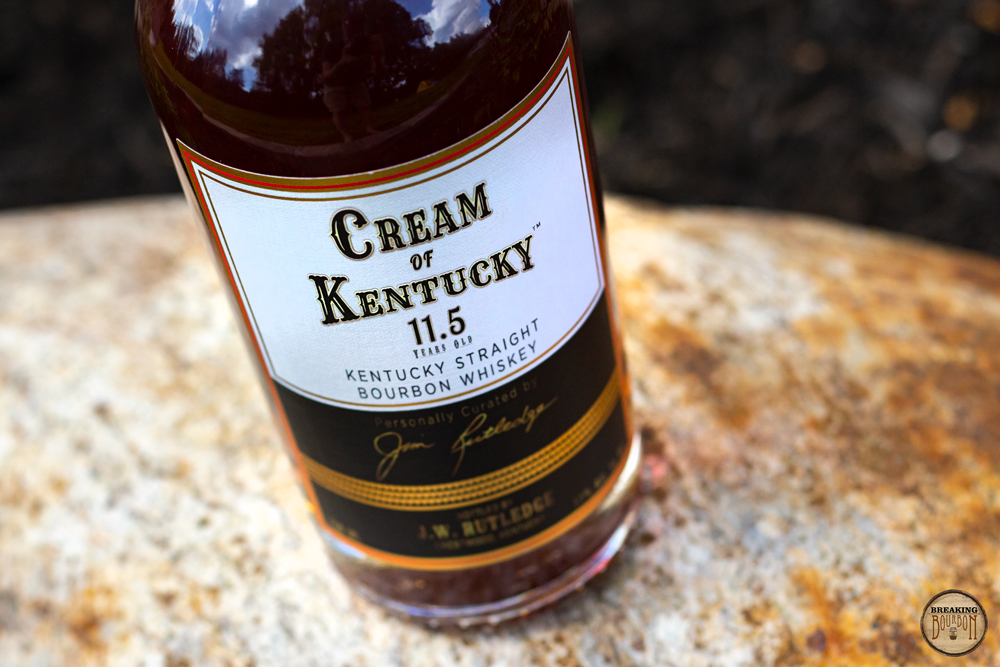 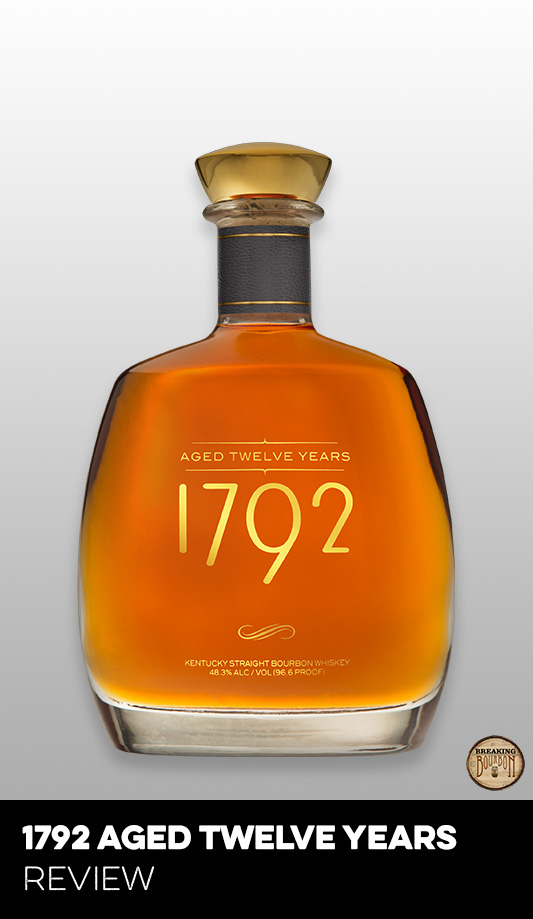 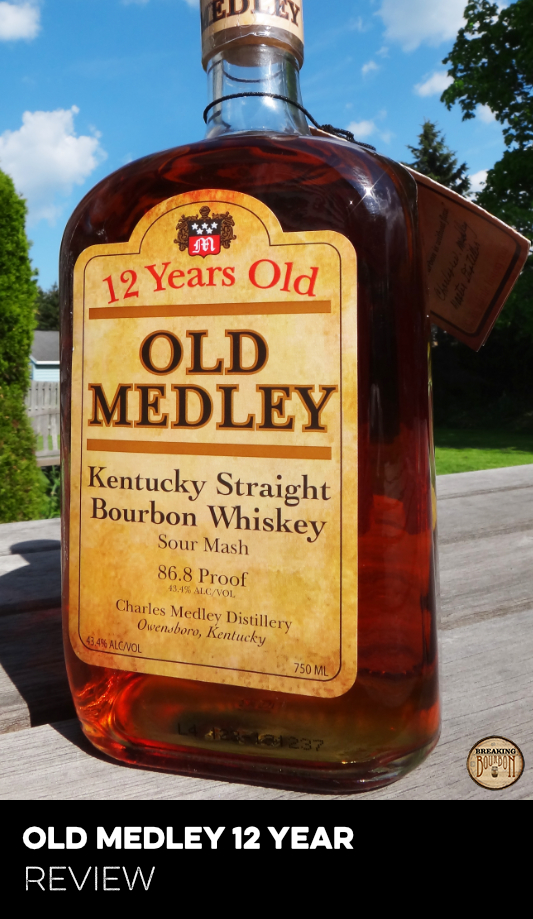