Distillery: Sourced (From undisclosed distilleries in Indiana and Tennessee)

According to the company’s website, “Batch 013 is the combination of a 5 year-old Indiana bourbon and 5 and 8 year-old high rye Tennessee bourbons. The 5 year-old barrels were chosen for their brilliant corn-forward flavor and the 8 year old to provide structure and depth.”

Equal bouts of toasted almond, leather, and orange comprise this rather interesting nose. There are quick hints of youth that spring up, yet the leather notes provide a solid counterpoint to them. Cocoa and cedar also make ever-so-brief appearances and keep this bourbon’s nose grounded.

A full flavored burst of cigar, tobacco, and seasoned spice. In fact, the spice element unfolds further with notes of anise and cinnamon. It’s a respectable display of flavors that leans heavily on spicy notes to add a lot of complexity to its palate. The rye grain influence is evident, as there aren’t many sweet flavors involved and those that are take a backseat to the spicier ones.

A long and warm finish that introduces black pepper, clove, and an herbal aspect as it trails off. There’s a nice amount of burn and the aftertaste stays true to what the palate offers. Overall the finish is a nice companion to the palate as it continues what it started and offers additional layers of complexity.

A lot of bourbons tend to lean on the sweet side of the flavor spectrum. That of course has do with what bourbon is made of (at least 51% corn, often more) and how it is aged. Where older bourbons tend to lose some of their sweetness due to the extended time aging in a barrel, this isn’t always the case with younger bourbon. It’s certainly not uncommon to taste heavier flavor notes of vanilla and caramel in many bourbons aged under 10 years. So when a younger bourbon comes around and those flavors aren’t at the forefront, it’s worth taking extra notice.

When a company like Barrell Craft Spirits is constantly putting out products that don’t have to adhere to a repeatable flavor profile, unique batches are bound to come up. Where Batches 006, 009, and 011 all had very agreeable flavor profiles that almost anyone could love, Batch 013, like Batch 010, stands out for its uniqueness. But this is also a recipe for a large discrepancy of opinions on the bourbon. Batch 013 isn’t so odd that bourbon drinkers won’t “get it,” it just doesn’t quite conform to traditional expectations for a bourbon with a 5 year age statement on its label.

If “heavy and complex spice notes” sounds good to you, then Batch 013 will come off as a fair value. If being adventurous appeals to you, then this will be a fair value to you too. If you’re looking for traditional bourbon flavor profile more in line with the rich and agreeable flavors found in other notable Barrell Bourbon batches, then you’ll probably not be satisfied with Batch 013’s value. From a high level perspective, Batch 013 is going to be a harder sell for most people. While I wouldn’t feel like I got ripped off at its MSRP, $90 for this batch is pushing my personal threshold for what’s in the bottle despite really enjoying its spicy complexity.

A robust spice-filled offering that surprises with its complexity and uniqueness.

Batch 013 is being released at the perfect time of year. With its stronger flavor notes leaning heavily on spice, you could call this a harvest bourbon. Where every company comes out with a spiced product during the fall season, why shouldn’t bourbon do the same? It actually makes a lot of sense as days get shorter and the weather cools down, a heavier and spicier bourbon might hit the spot. Batch 013 might seem young on paper for its asking price, but as Barrell has proven, batching bourbons from different sources can have fascinating results. This might not be the best batch introduced byBarrell Bourbon, but it will give you a glimpse at what unique traits Barrell Bourbon batches can offer. For others, this might be another curious offering by the company that is increasingly becoming a loot box of bourbon releases. You never know what you’re going to get and they might not all be winners, but they’re almost always something different, interesting, and surprising.

Buy Barrell Bourbon Batch 013 at Frootbat
‍The sample used for this review was provided to us at no cost courtesy its respective company. We thank them for allowing us to review it with no strings attached.
360 video 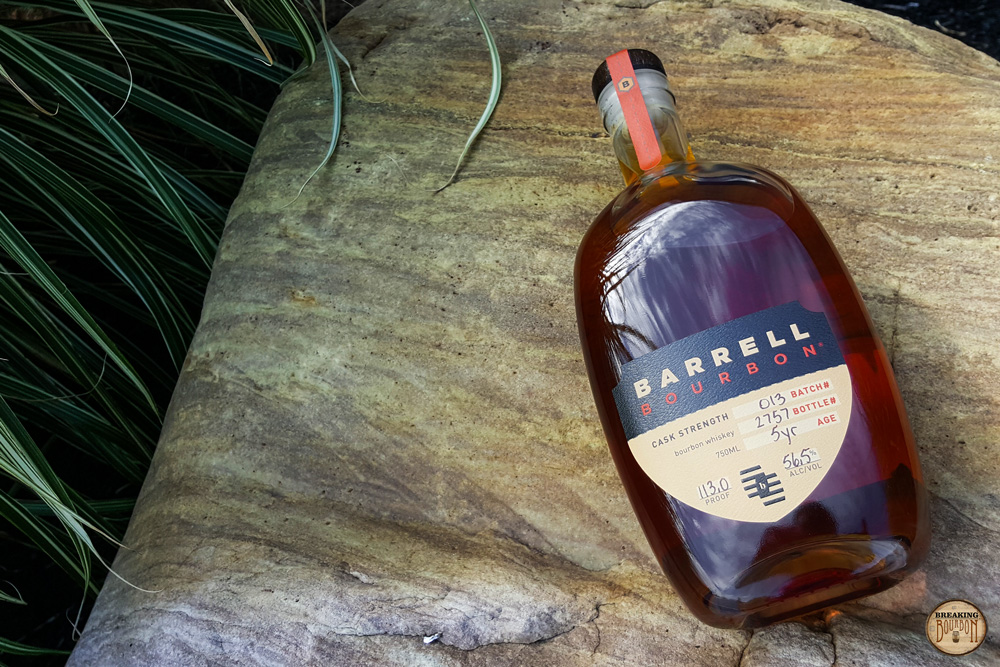 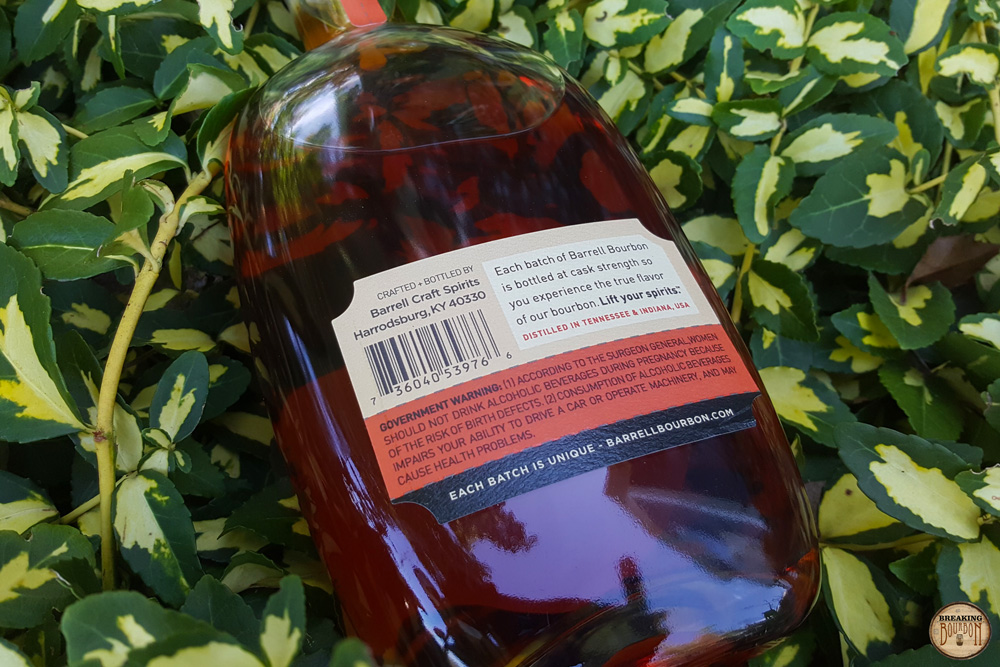 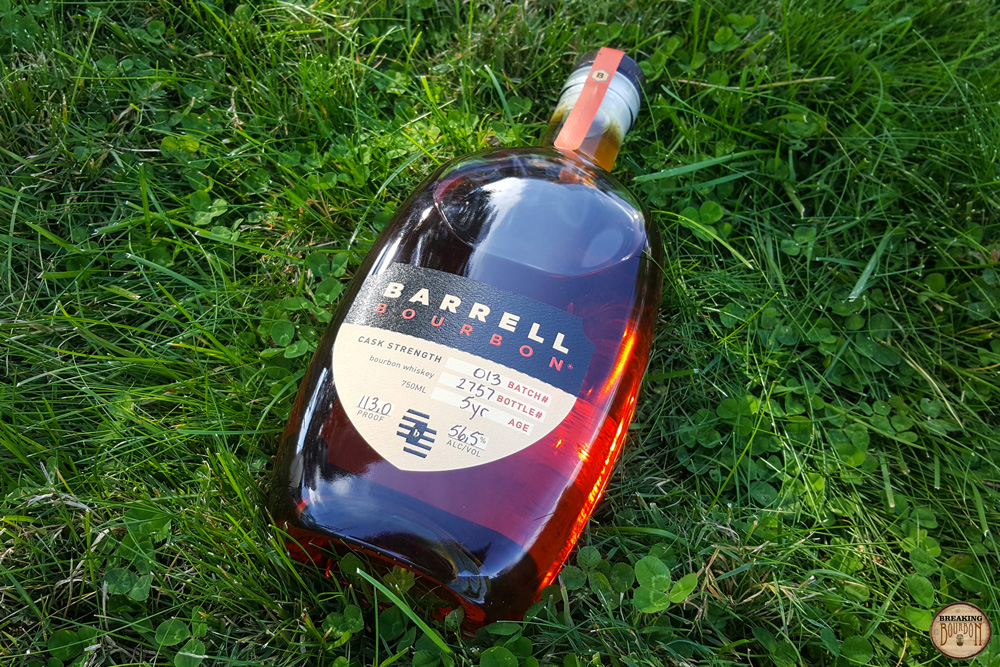 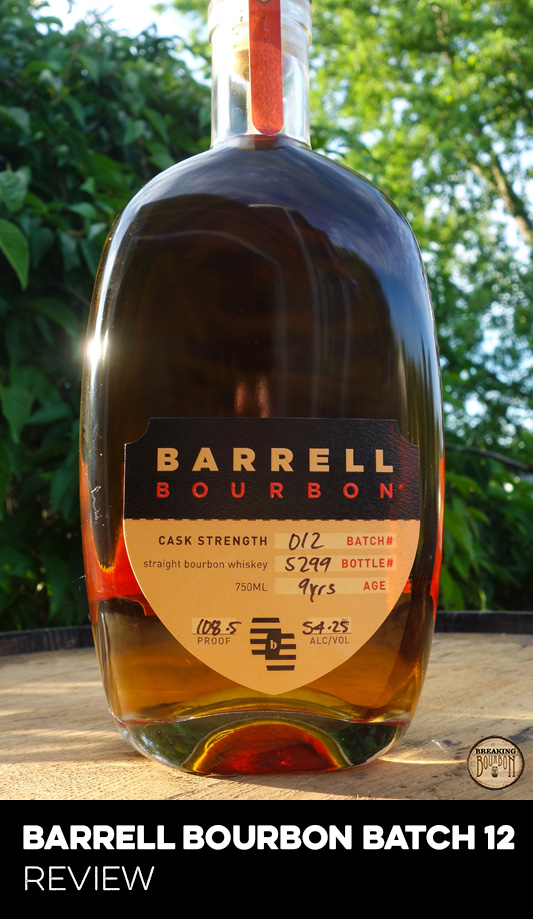