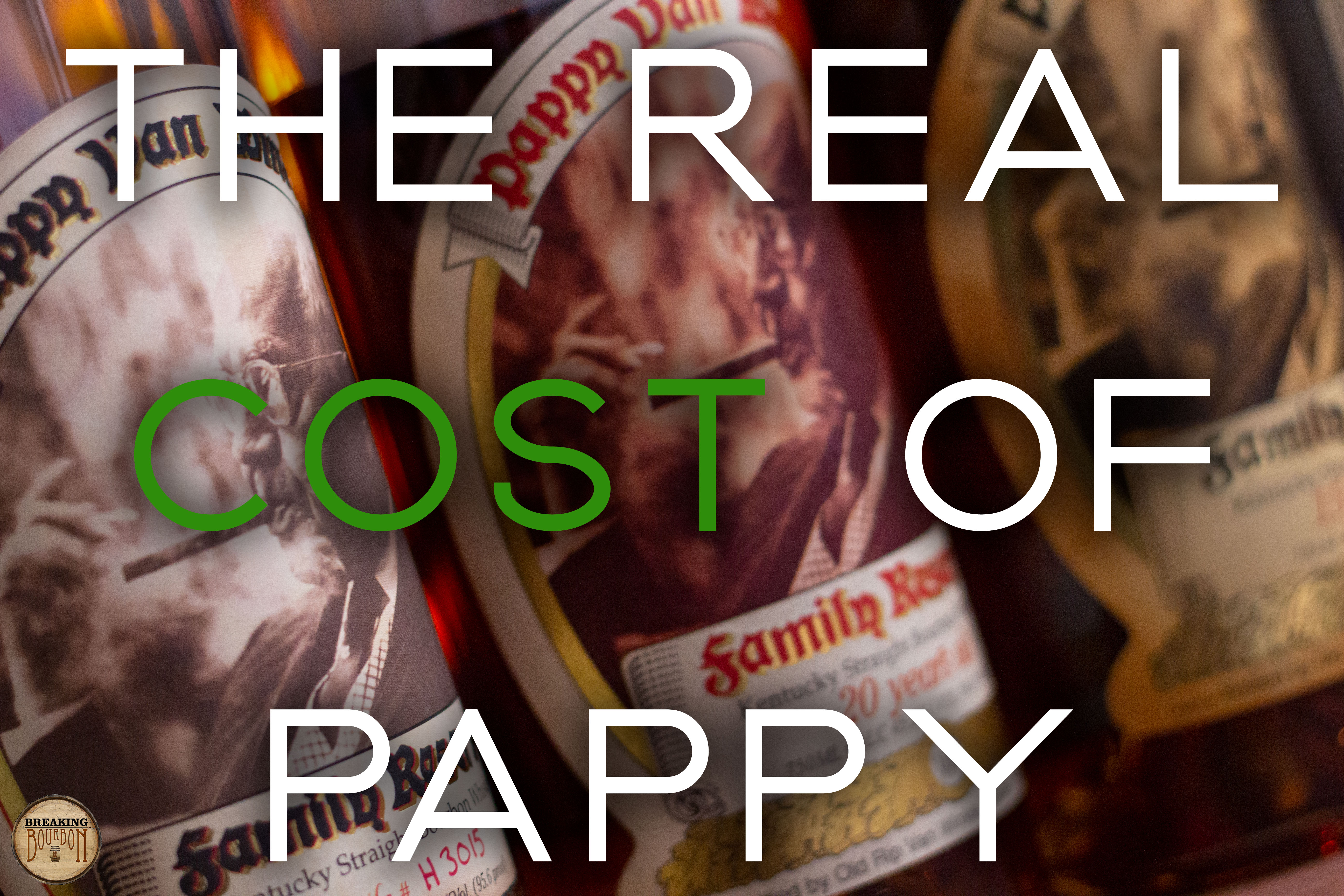 Old Rip Van Winkle Distillery makes it a point to clearly state the MSRP for all of their whiskeys. Those lucky enough to purchase a bottle often don’t pay this price because many stores charge more than the stated MSRP. This results in an unhappy customer that feels like the store is taking advantage of their customers, and a merchant that feels that if they sell the bottle at MSRP, they are leaving money on the table since demand is so high and supply so low.

There is a dramatic disconnect between customer and store owners' interpretation of the “manufacturer's suggested retail price.” One takes it as gospel, and the other as a laughable starting point that doesn’t begin to tell the whole story of what it took to get the bottle in the first place.

Once Pappy got the moniker “The Best Bourbon Money Can Buy,” there hasn’t been enough Pappy to meet demand. Many states and distributors have fair practice safeguards in place to allow a certain percentage of Pappy to be held back every year for new accounts and restaurants. In theory, this helps spread the wealth around and increases the number of places you can purchase or sip Pappy, but from a store owner’s perspective, it doesn’t make it any easier for them to get bottles of Pappy to sell. In reality, in order for a store to get sent even one bottle from the distributor, as one store owner put it to me, “You got to spend shit, to get shit.”

As much as it’s denied - and possibly pushing legal boundaries - a store’s allocation of Pappy is often directly tied to the amount of other products they purchase throughout the year from their Pappy distributor. The magic number isn’t necessarily even tied to the amount of Sazerac (the parent company of the Buffalo Trace Distillery and producer of Pappy Van Winkle whiskey) products either. The distributor has the power, and if they have a certain product they need cleared out of their warehouse, or if they have a deal with another distillery that’s beneficial to them if they move large amounts of it, they dangle the Pappy carrot over store owners’ heads and expect them to fall in line. “They support you, if you support their portfolio,” a store owner told me who asked to remain anonymous for fear of losing their Pappy allocation.

Why then does a store bother wrapping all of their capital in potentially unwanted merchandise in exchange for a handful of bottles of Pappy? Because Pappy is one of the few sure fire, guaranteed sales they have at their disposal, and marketing the availability of Pappy can ultimately help with overall sales and increased foot traffic.

Pappy starts hitting markets in October and is usually finished rolling out by the end of the year. It’s a volatile time of year for store owners, and important to get books in the black before the new year. To some store owners, Pappy is the boost that helps keep them in business.

There are plenty of stores that do in fact charge MSRP for Pappy. There are others that put a slight premium on it, and others that simply price gouge. With the closing of Facebook buying/selling groups in their relatively open format, the secondary price of Pappy has risen across the board. If everyone is a cog in the Pappy machine, many store owners want to know why they’re seen as the bad guy for wanting an equal cut.

“You see car dealerships do it all the time. Look at the new Corvette. Chevy sets an MSRP, but you’ll never find it at that price. Sure people get pissed, but it’s accepted. If I try and sell over MSRP, I’m evil and people go online and bash me. On Facebook, you’re a hustler and no one cares,” said one store owner. 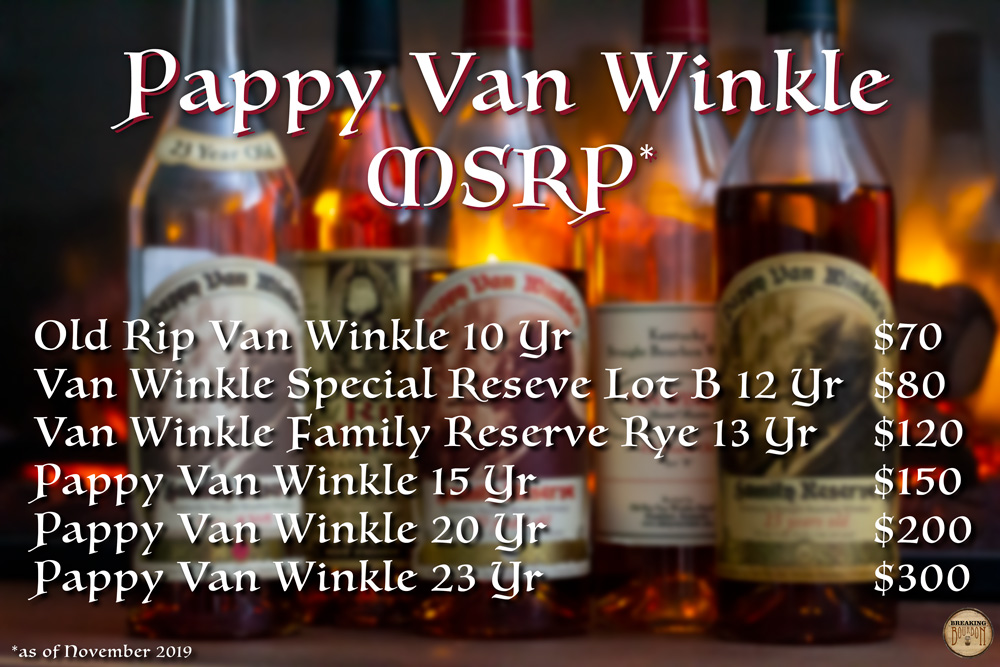 What frustrates many of them is if they try and make a customer happy and sell the bottle at MSRP, there’s a good chance they’ll see that bottle online the same day at 10 times the price. The simple fact is, the demand for Pappy is too high and its MSRP is too low. As much as people want to pay MSRP for Pappy, most are also willing to pay more if given the chance to purchase a bottle.

There is also the financial investment involved. A store can have a million dollars or more tied up in inventory, loans, insurance, and rent. A flipper on the other hand has almost no investment on the line, and won't be declaring the profit on their income tax return either. A store’s Pappy allotment is more than simply a few bottles of whiskey, it can be the culmination of years of financial goodwill built up with their distributor.

Then there’s the ethical side of the argument. Should stores conduct their business the same way as flippers do? The age old supply and demand principle isn’t seen as ethical when it’s applied to them. Many consumers see a liquor store’s job as being: buy product from a distributor, attach a 20% or so markup, and hope someone buys it. Then if no one does, the owner either eats the cost or marks the products’s price down in hopes of recouping some of their costs. Of course you never see anyone complain when a store charges less than MSRP. Is raising a price on a high demand product consumer friendly? No, but most things aren’t when dealing with high demand, low supply products.

Over the last few years, distilleries across the board have raised their prices, with many of them pricing their products more in line with the secondary pricing. In contrast, Old Rip Van Winkle Distillery has only marginally increased their prices over the years and are seen as below industry standards. Regardless of their reasoning, demand is so high and the actual cost of the bottles so low for store owners, even pricing the bottles in line with other limited edition bottles can net store owners with a decent payout.

Some stores have moved away from premium pricing of Pappy and moved to the tried-and-true style of marketing: take care of your best customers and they’ll keep coming back. Sometimes it means offering a good customer on a random visit an opportunity to purchase a bottle of Pappy at MSRP. Other times its doing a small raffle with their best customers that offers very good odds of getting a bottle. “Doing it this way you get way more thank yous than bitching,” said one store owner interviewed for this article.

There are many owners rethinking whether the Pappy rat race is even worth it anymore. Despite bourbon’s popularity and Kentucky distilleries promoting all of their impressive sales numbers, some store owners said they are seeing an overall cooling of bourbon due to a flood of craft distilleries, a barrage of new products, lackluster limited releases, and people simply tiring of the chase.

The Pappy hysteria is far from going away anytime soon though. None of this out-of-control pricing is necessarily fair, ethical, or consumer friendly. Pappy is yet another product in a long line of high demand, low supply consumer goods that makes far more people unhappy than happy. MSRP continues to be a point of contention between consumers and store owners. In truth, it's simply a number the manufacturer of a product tells the next guy what they should sell it for. The next guy doesn’t have to follow suit and it's up to them to take the risk of upsetting customers.

As a store owner put it to me, “There’s no MSRP if you can’t get the product. MSRP is only applicable if you can order the product and get it the next day.” On top of that, owners typically can’t buy full cases of Pappy, so in some states they also get slapped with a split-case fee per bottle. So even if they sold Pappy at MSRP, they would be making less than their usual amount.

Of course it will never get old posting pictures of outrageous Pappy prices. Pappy price gouging certainly exists, but there’s also such a thing of reasonable upcharge over MSRP. The price stores choose to put on their Pappy is more than just a number. MSRP is simply an arbitrary number that doesn’t begin to tell the whole story of what it took to get the bottles in the first place. 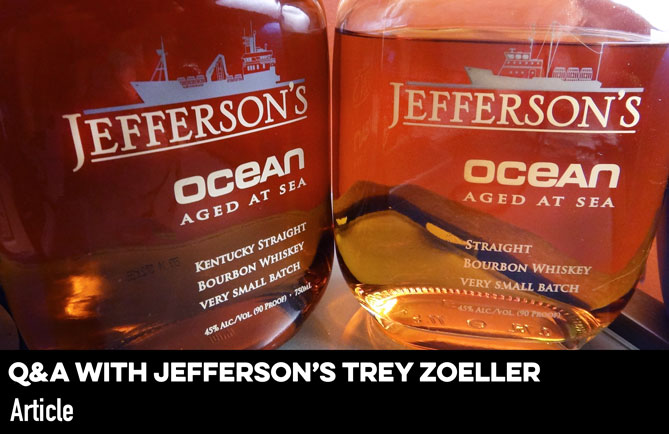 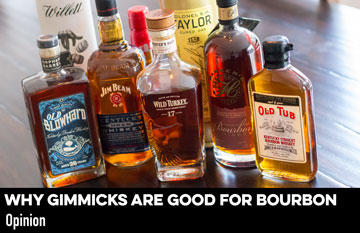