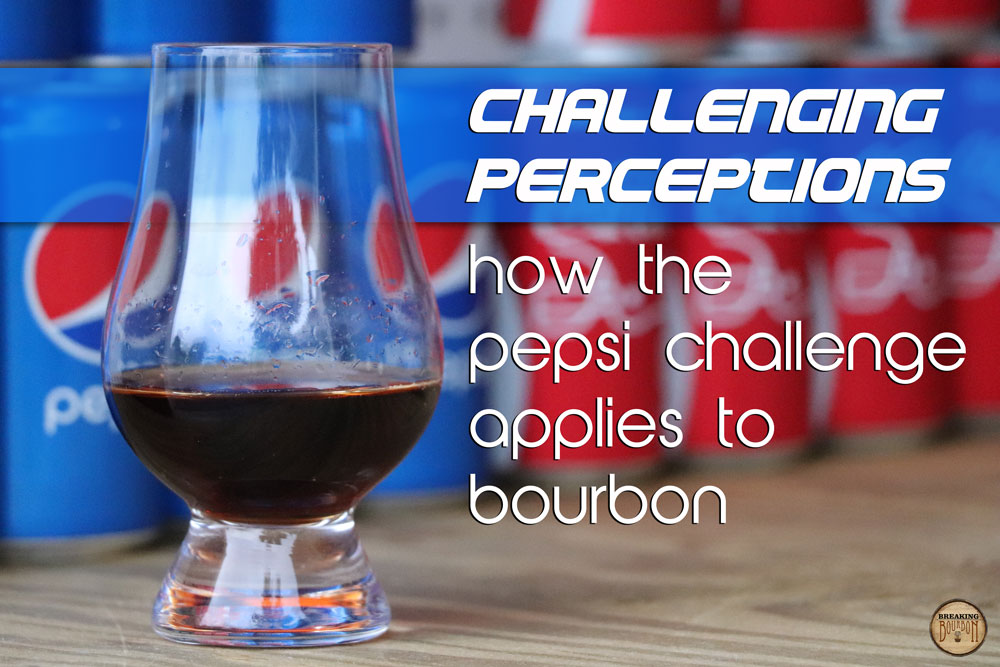 Brand loyalty can be a fickle thing, and when a company markets well it results in consumers turning into loyal brand advocates. The packaging, catch phrases, and other aspects of marketing seek to invoke people to believe that they support the “best” brand around and nothing can change their mind. This is as true in bourbon as it is in any other consumer packaged goods product, if not moreso. However, when you take away all of the upfront flash and presentation and focus on the actual product itself, it turns out consumers may not be quite as loyal as they think they are. Stripping away preconceived notions pushes people to challenge their own perception of taste, and in so doing even question and understand the basis of their perception.

In 1975 PepsiCo launched a hugely successful ongoing marketing campaign: The Pepsi Challenge. The concept was simple - a blind taste test between the two cola giants, Pepsi vs. Coke. Setting up in malls and shopping centers, the colas were set side by side in white paper cups and tasters sampled blind, deciding which they prefer. The majority chose Pepsi, and so PepsiCo ran with it, taking market share from the leading Coca-Cola in the process.

Coca-Cola’s market share continued to slip, losing a portion to Pepsi year over year. While many factors were at play, the success of the Pepsi Challenge could not be ignored. After nearly 100 years in business, in April 1985 Coca-Cola changed their formula, launching “New Coke.” It was Coca-Cola with a reinvented formula that was, according to the company, preferred by nearly 200,000 consumers tested. Despite the results of these tests, consumers rejected the change, and were quite vocal about it. After significant pushback from the market Coke revitalized the old formula in July 1985, calling it “Coca-Cola Classic.” Consumers’ connection with the brand was stronger than the Coca-Cola company had realized. Coca-Cola Classic would later overtake New Coke in sales, and once again become Coca-Cola as we know it with New Coke eventually retired altogether in the United States. The introduction and aftermath of New Coke would, however, be attributed to helping revitalize the Coca-Cola brand.

By now you’re probably wondering, what does the Pepsi Challenge have to do with bourbon? 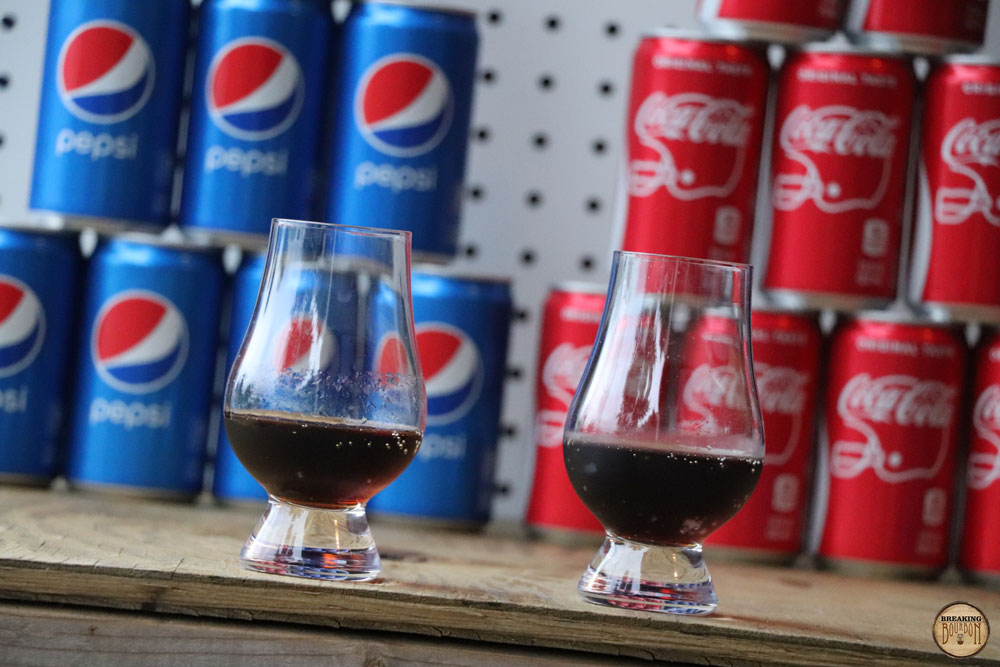 I bring up the Pepsi Challenge simply because it’s what got me thinking more deeply about these concepts and how they apply to bourbon. I had tried the Pepsi Challenge a few times with my kids, and seeing their reactions inspired me to think more deeply about the connection. I watched my older son hem and haw about which he preferred, but he very carefully and methodically chose Coke each time after taking sip after sip of each. My younger son was more certain. “This one!” Both times he was sure he had chosen Coke, but both times it turned out to be Pepsi. I asked him why he thought he had chosen Coke and he said, “because I like it better.” I reminded him that he actually chose Pepsi, and he replied, “I like Coke better when I know it’s Coke!” He’s only six years old, and has probably had cola fewer times than I can count on my fingers. Yet somehow he already feels connected to the Coca-Cola brand.

In the Pepsi Challenge, the direct comparison of two colas with varying levels of sweetness demonstrated humans tend to lean towards the sweeter version when compared side-by-side, something that some might consider common knowledge but others would be surprised to learn. If you’ve ever experienced a flight of whiskeys, you’ve likely noticed that the higher proof and more flavorful pours tend to stand out. Bigger, bolder, more bombastic flavor profiles can easily make their more subtle counterparts taste bland or even watery. Add unique barrel finishes to the mix and the comparison can be even more extreme. Notably, it’s generally recommended that whiskey flights lead with the more subtle options, and then progress towards the bigger, bolder flavored options.

This might seem like an obvious statement, but taste is a perception, not an absolute. This is especially true with bourbon. The variables that influence our personal taste preferences are nearly infinite. Taste can vary from day to day depending on the circumstances. Our individual taste can even morph over our lifetime. The Pepsi Challenge might be a simple comparison built on a marketing scheme, but when looked at deeper it begins to reveal the complexity of human taste, and lend insight into how we analyze it. Experiencing bourbon involves a deep exploration into one’s own taste preferences, and extrapolating from the simple Pepsi Challenge helps us expose just how complex that can be. 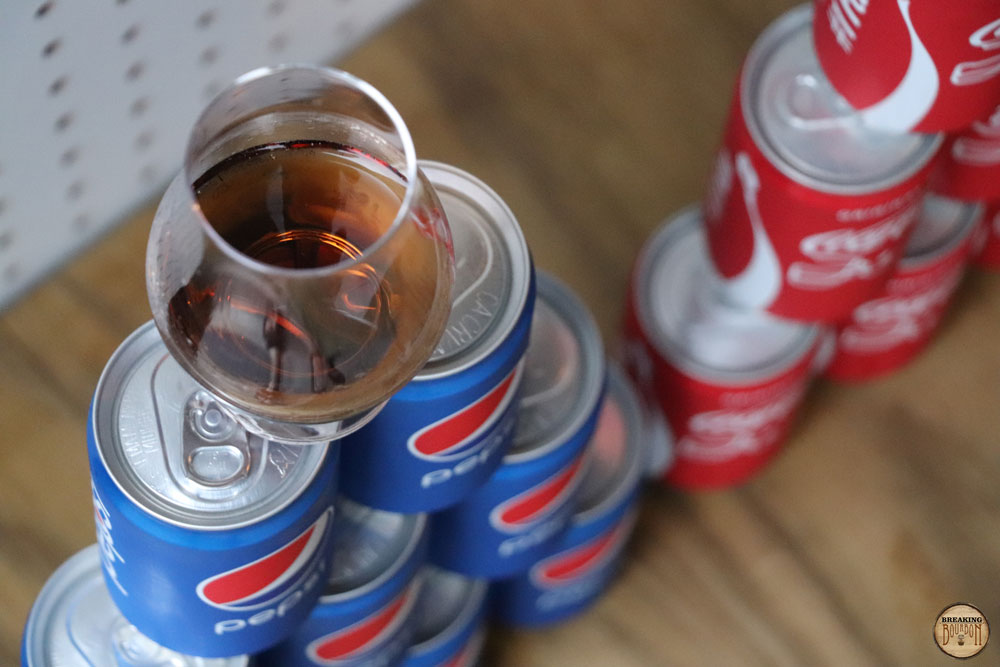 Understanding human taste is a tall order, and while plenty of research has been performed, our understanding of it is still a work in progress. For instance, there are approximately 10,000 taste buds on a human tongue, and each has approximately 40 taste receptor cells, give or take. Taste buds detect levels of sweet, salty, sour, bitter, and umami (a fancy word for savory) which can be broken down scientifically. Taste buds replace themselves about once every two weeks, and over time they decrease in numbers as some fail to be replaced. An older person may experience a 50% or more reduction in taste buds, decreasing from the average 10,000 to fewer than 5,000, for example. Ever wonder why children’s tastes seem to vary from adults, or even your own preferences have changed as you aged? This naturally occurring phenomenon helps explain why.

But human physiology is only part of the equation. Taste has been proven to vary among different cultures, based on those societal influences that become ingrained in our perceptions (evidenced by Coca-Cola’s very own portfolio and beverage tasting experience). Immediate factors such as hunger, mood, stress, environment, and even feelings of guilt can play a role, along with many other considerations. Marketers work hard to exploit these factors, but even they are only scratching the surface. If you’ve ever found yourself in a Kentucky rickhouse with scents of aging bourbon filling the air, the warm air calming your skin, and the visual beauty of all those barrels arranged in a methodical and beautiful pattern, it’s not hard to imagine just about anything you put into a glass at that moment might taste almost magical. The aromas pour from the glass and nearly every sense is engaged. Don’t you think a bourbon marketer would love to bottle up that experience for you?

In the aftermath of the Pepsi Challenge, Coca-Cola’s introduction of New Coke demonstrated just how strong consumers’ connection with brands can be. But what if Coke had just quietly changed the formula and left the packaging the same - would consumers have even noticed or would their perception of Coke remained the same as it was before the change?

In 2013 Maker’s Mark, arguably one of the most iconic bourbon brands, made an announcement: In order to meet demand needs, they would be lowering the bottling proof from 90 to 84. Jack Daniel’s had somehow pulled off lowering proof in 2004, so why not Maker’s? But it never took off. The market reacted negatively, and the company did a quick 180 choosing to keep the proof at 90. Whenever a bourbon brand makes a change, avid fans react, and it’s often in resistance to it.

Brand connections are as strong with bourbon as any other brand, if not moreso. When we have a connection with a brand, it can influence our preconceived notions of the brand. In the Pepsi Challenge, consumers undoubtedly had preconceptions of the brands. Coca-Cola had been in existence for nearly a century, and was a consumer favorite leading Pepsi in market share. In presenting the samples blind, Pepsi was successful at making consumers question their own preconceived notions, challenging their taste preferences and opinions of the brands.

Someone sipping a critically acclaimed whiskey for the first time will have certain preconceived expectations for it. My first taste of Sazerac 18 Year, the famed Buffalo Trace Antique Collection rye that was thankfully batched in stainless steel tanks from 2003-2015 to preserve its character and which is now among my all time favorite whiskeys, was not the experience I expected it to be. My initial taste at a party many years ago among a number of other highly regarded whiskeys, I found it boring and subdued. It was a major disappointment and one of my first experiences questioning the opinions of so-called experts. It wasn’t until further exploration, and multiple occasions, that I was able to fully appreciate it. Notably, you don’t need to look too far to find wildly contrasting views on Sazerac 18 Year, with Josh Peters of The Whiskey Jug rating it an 83% (average on his scale) as compared with Whisky Advocate’s John Hansell awarding it 2014’s Whisky of the Year. You can find our opinions on varying releases here.

While the idea that taste is a perception and not an absolute might seem like an obvious statement on the surface, the concept can be easily forgotten. It’s not uncommon for those involved in whiskey evaluation to take positions of certainty when comparing whiskeys on a more critical level, defend their favorite brands, or attack brands they loathe. You’ve likely heard whiskeys to be proclaimed “the best,” or you’ve come across someone who argues a position on which whiskey is better as if it was an absolute. The fact is, the argument is a useless one. The latin phrase De gustibus non est disputandum comes to mind, which means "In matters of taste, there can be no disputes." Everyone’s perception of taste is different, and arguing is pointless. While we maintain our own “best of” lists which includes a list of favorites each year, we don’t expect universal agreement. Your tastes may be different than ours, and our lists are merely a launching pad for further exploration. Exploration that will, of course, expand your personal perception of taste and bourbon as a whole. 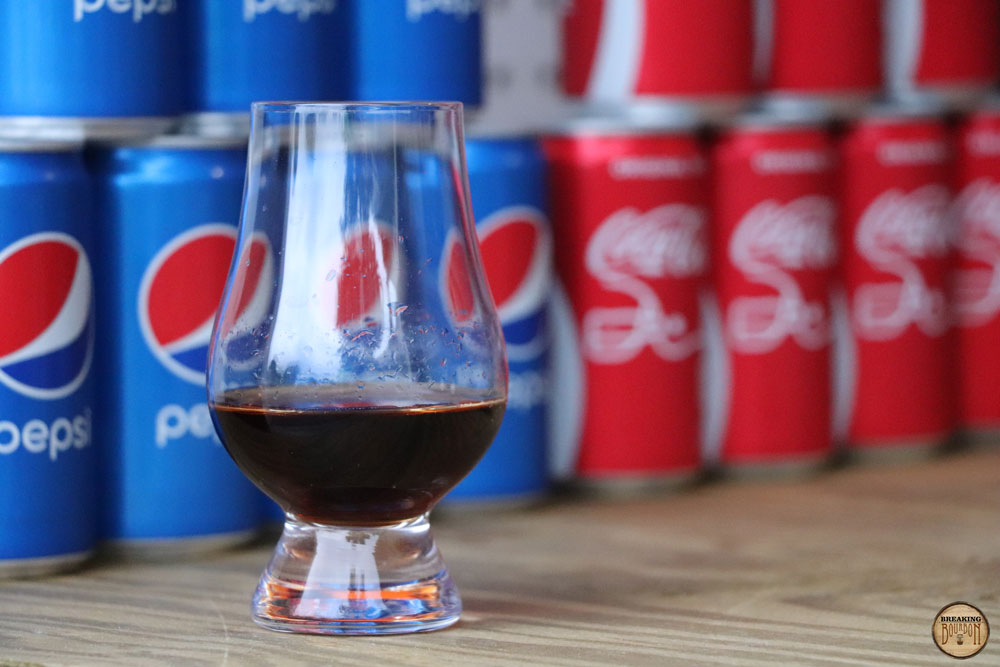 The Science Behind Understanding a Whiskey’s Flavors‍

While individual taste might be subjective, scientific methods allow us to break down the component parts of a whiskey. Whiskeys can be analyzed utilizing gas chromatography, liquid chromatography, mass spectrometry, or a combination of the two to identify their chemical compound breakdown. Mass spectrometry measures the mass to charge ratio of ions plotting their intensity, ultimately revealing the molecular and chemical compound breakdown.

An interesting example is this study of 85 scotch whiskies published by the National Center for Biotechnology Information reveals a number of key pieces of information. Large signals for fatty acids and esters were common across all samples, along with aromatic molecules, notably lignin and ellagitannin type compounds, vanillic acid (a maturation type compound), glucose, and fructose. Despite these similarities, significant diversity was also detected across the samples. Multiple samples from the same brands taken across different production years were also included in the analysis, and even differences between them were revealed.

Recently, the development of an artificial tongue that claims to be able to detect fake whiskey was reported. A small, portable device that expands on previous concepts, it takes one step towards simplifying what is otherwise an involved and time-consuming process to identify chemical compounds.

What could these and other technological advances mean for products like bourbon?

COMMENTS
Challenging Perceptions: How the Pepsi Challenge Applies to Bourbon
Also Check out 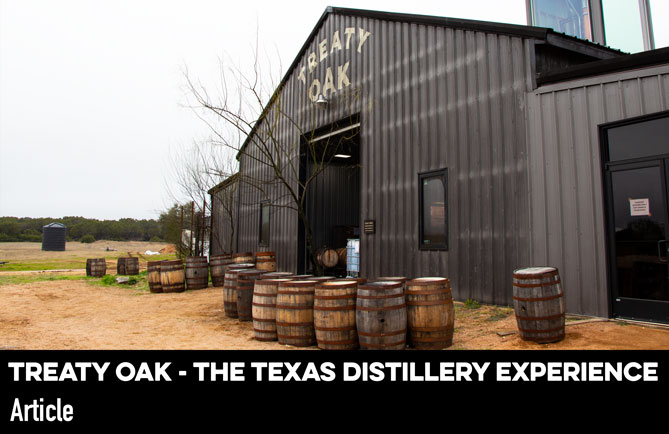