We’ve all been there. You’re at a liquor store and your heart skips a beat. They’ve got that special release you’ve been hunting for! Then you see the price and it suddenly makes sense why they have it. The price is more than most people’s paychecks and certainly multiple times the MSRP!

Well maybe we haven’t all been there, but at least we’ve all seen photos on social media that seem to spread like wildfire at the sight of overpriced bourbons on liquor store shelves. We all know exactly what this is too, secondary pricing in the primary market.

The current state of bourbon pricing is somewhat unusual. We can draw similarities from other products that experienced a similar phenomenon at one point in time - beanie babies and baseball cards. I’m not going to get into all the specifics, and no two situations are exactly the same, but the point is this: a number of bourbons are released with MSRPs that are significantly lower than what the market actually commands. A consumer can purchase a bottle of Pappy Van Winkle or Buffalo Trace Antique Collection and immediately sell it for 3-10 times the MSRP to the right person. Brands with little background and even less proof of their whiskey’s quality are even commanding insanely high prices in the secondary market. We’ve all seen those now infamous "lap photos" taken in the liquor store parking lot right after someone buys one of these bottles.

We better not let the Van Winkles or Buffalo Trace find out, right? Then they’ll raise prices next year. Come on. We’d be naive to think today’s bourbon producers have no idea what is happening with the secondary market. They know exactly what’s going on.

We would like to think that the producers should monitor the retailers, or that they have influence over what is happening with the retailers. But the fact is, it’s out of their control. They do not have the resources, and more importantly the authority, to control the retailers’ businesses. Retail liquor sales is a business much like any other (aside from the three tier system, licensing, and barrage of other antiquated laws that apply to alcohol sales) in that the retailers acquire product and resell it at a markup. When it comes to setting prices retailers are generally allowed to do as they please. Remember, the “S” in MSRP does stand for “Suggested.”

As with any product, the supply and demand curves meet somewhere in the middle and a fair market price can be determined. But due to the current bourbon pricing phenomenon, MSRPs don't always fall where supply and demand meet. We have and continue to see creative (and not so creative) ways in which retailers deal with this phenomenon, often times not charging much more than the MSRP. Some have established lottery systems, others create a customer list and just run down it one by one, others base the call order on each consumer’s annual purchase volume, while others just simply place these limited bottles on the shelf and allow a free-for-all to ensue (though this has become quite rare at this point).

While some retailers complain of all the incessant calls they receive throughout the year for these limited releases, others capitalize on the opportunity in a variety of ways, ultimately using this captive audience of eager enthusiasts to sell more bourbon. A few of my local stores package these limited releases with another bottle (or bottles) of a current single barrel store selection, typically pricing the total package at the sum of the individual bottles’ MSRPs. Then they run down a call list of reasonably vetted customers who they believe are not just out to flip. I like this method, and quite frankly I’ve acquired a few outstanding private selections this way that I would not have otherwise purchased.

And then there is the absolute least creative and worst possible way to deal with these small allocations - marking the price way up. You could argue that it’s just supply and demand, and the market commands that price and the retailer is justified in asking it. True, often retailers need to jump through hoops and increase volume purchases with their distributors to even land a few limited release bottles and they are arguably entitled to the profit. After all it would be even less fair if a flipper made off with that profit instead, wouldn't it? I just hate the lack of creativity. If a retailer chooses this strategy, I’m not going to waste time visiting during the year to get to know them and make my everyday purchases, because at the end of the day I’ll never pay that much for bourbon. I’ll spend my time visiting retailers who understand that even at MSRP these limited releases are already pricey (for someone like me who plans to actually open and drink them). I prefer to at least work the odds with a retailer who might give me a chance at a reasonably priced limited release once in a while.

One of things we don’t often talk about, nor does anyone really have a good set of data on that I know of, is how much volume (as a percentage of the total), and who is buying these limited release bourbons at secondary market prices. Based on discussions with bar and restaurant owners, I suspect that a large portion of the end purchases at secondary prices are for those establishments. It makes sense as they can actually still profit over and above crazy secondary prices based on price per pour and the ability to market an enviable bourbon selection throughout the year in order to get people in the door. That’s not to say there aren’t a wide variety of other situations, wealthy consumers, or occasional splurges, but by and large it seems that most everyday bourbon drinkers do not spend multiples of MSRP on a regular basis.

The point is, I don’t think the majority of consumers are willing to spend top dollar secondary prices on bottles. On the other hand, I do think many of us spend a good amount on bourbon in general. Consumers want value, and I can appreciate those brands that recognize this and still suggest reasonable MSRPs for their limited releases, realizing that even an MSRP approaching the three figure mark is a lot of money for most people. This probably includes their own largest consumers, who likely buy the producer’s common brands throughout the year while also enjoying those occasional treats just like the rest of us.

For those not-so-creative retailers who price limited releases at multiples of the MSRP, I urge you to stop and rethink this creativity-challenged strategy. It’s probably not worth the few extra bucks you may eventually get. You’re probably pissing off your best customers, driving away business, and foregoing shelf space for other products you could actually sell on a regular basis versus watching rare bottles collect dust.

Remember you are in the business of selling bourbon, not collecting it. And yes, I know that you’re probably thinking that if you don’t cash in a flipper will. But there’s a better approach.

Take the time to get to know your customers. Collect emails and market to this group. Use these bottles to build a loyal and repeating customer base. Expand your selection and price competitively to move product faster. Hold tasting events to promote sales and involve local distillers. Most importantly, reward these loyal customers with an occasional highly sought after bottle at MSRP. 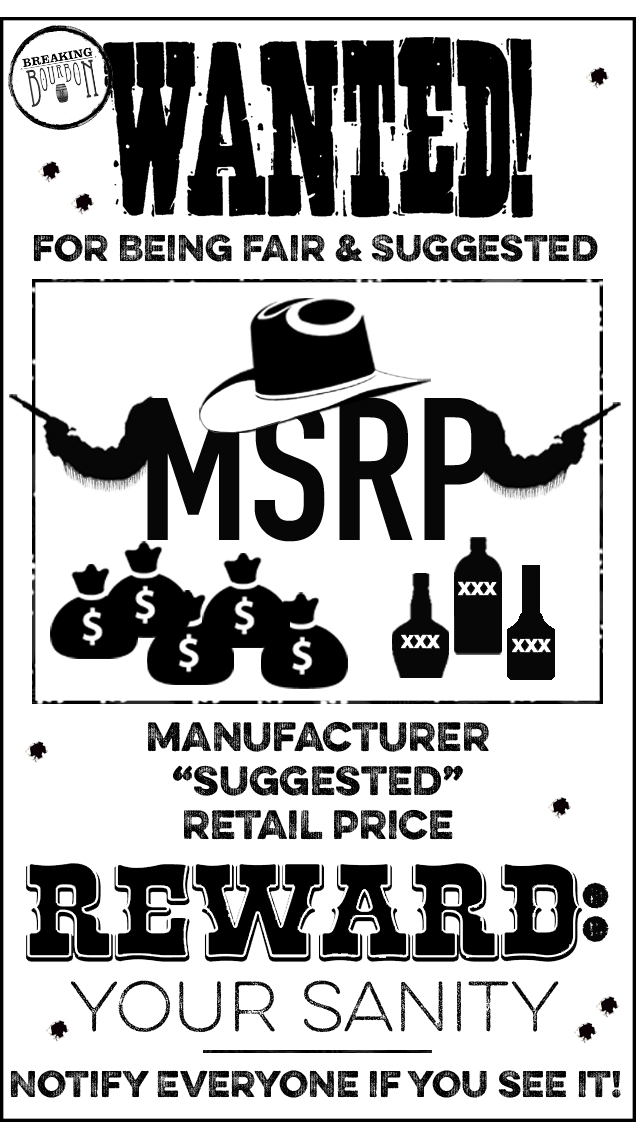 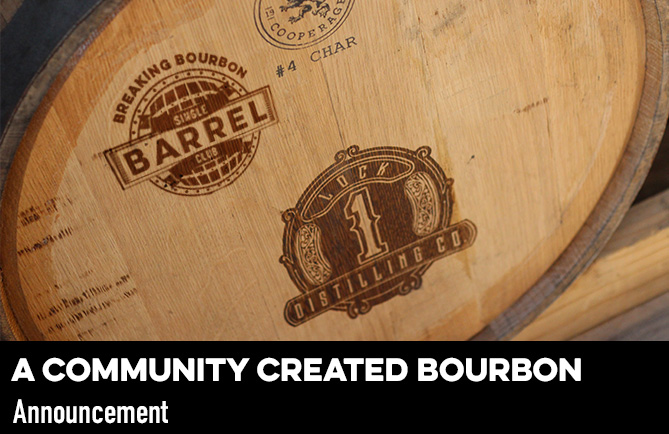