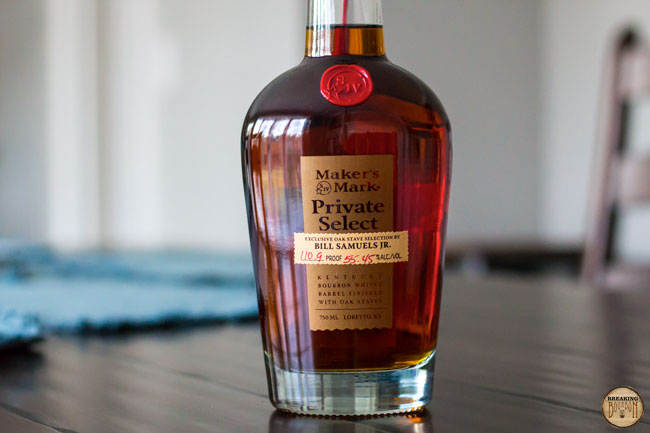 In September of 2015 Maker’s Mark released a distillery only Maker’s 46 Cask Strength. Soon after they announced plans for a unique Private Select program - a barrel program where the consumer could choose 10 finishing staves from a set of five options - Baked American Pure 2, Seared French Cuvee, Maker’s 46, Roasted French Mocha, and Toasted French Spice. The Bill Samuels, Jr. bottle uses 10 Maker’s 46 staves, similar to the original Maker’s 46 Cask Strength release. The batch size now varies from about 5-7 barrels and is available at the Maker’s Mark gift shop as well as select Kentucky retailers (and maybe some others if you look hard enough). It’s an ongoing release and each batch will vary somewhat in flavor profile and proof.

Heavy oak on the nose is accompanied by more traditional vanilla and caramel notes. The bourbon hits the tongue gently considering the proof, with seasoned oak, a touch of spice, and a hint of orange rind on the backend. It has a nice, well rounded mouthfeel. The flavors intensify in the finish, where they really ramp up quickly and in full force. Sweet burnt brown sugar, toasted oak, tobacco, cigar box, and cinnamon spice take hold and then trail off. The finish turns slightly dry towards the end.

Despite trying it many times, I never could really get into the original Maker’s 46 Cask Strength distillery only release, which utilized the same 10 Maker’s 46 staves as this Bill Samuels, Jr. Private Select release. I found it overdone and a bit too overbearing - though I know it was a single barrel release and some people really enjoyed it. With this batch, I think Maker’s Mark got it right. They hit all the right Maker’s 46 notes, taking the wood intensity up a notch from Maker’s Mark Cask Strength...but not so far that it’s become a distinctly polarizing flavor profile. I also find it interesting that they note the use of 10 of the same staves is intended to allow the bourbon to exemplify the flavors that particular type of stave introduces. This can be overdone and I know a lot of Private Select bottles use more than one type of stave - sometimes all five. While this results in different flavors coming through, I can’t help but think sometimes these flavors compete for attention resulting in an odd flavor profile or just plain cancelling one another out. I’d like to try more examples where 10 of the same stave are used to see if they can capture the essence of that particular stave type...and of course not overdo it.

‍The sample used for this review was provided at no cost courtesy of . We thank them for the sample and for allowing us to review it with no strings attached. 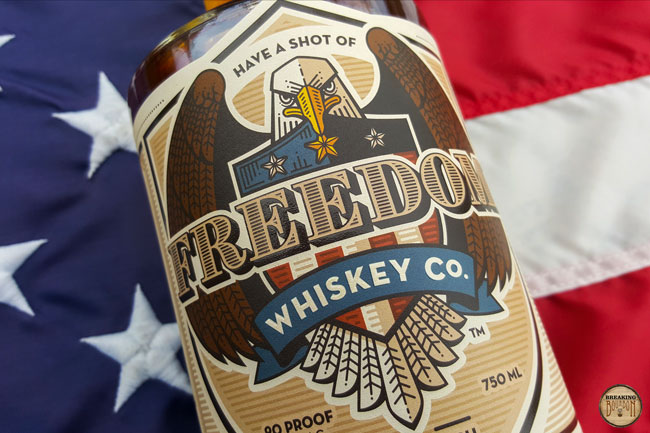