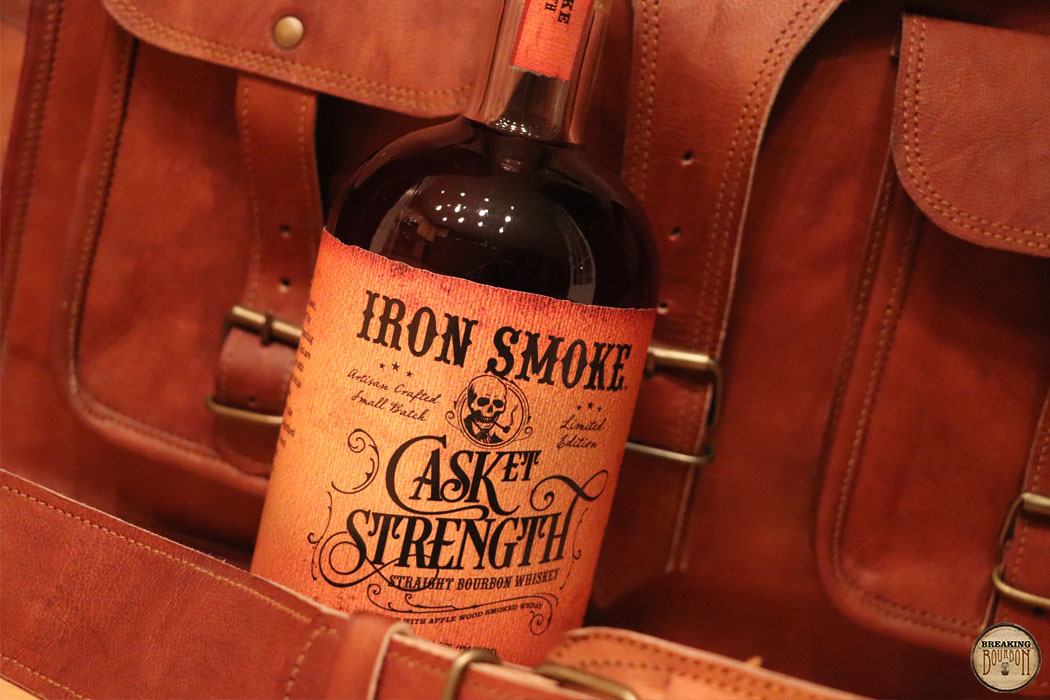 Iron Smoke Distillery is located a little over an hour west of me, in Fairport, NY. Iron Smoke Distillery opened their current distillery in 2014 after renting space in Seneca Falls for the prior two years. Their whiskey became available for sale in 2014, and the company has rolled out a number of products since then. Their old-timey feel and skull theme mesh especially well with the appropriately named CASKet Strength, a straight, uncut, and unfiltered bourbon aged in triple charred oak barrels clocking in at 120 proof. Iron Smoke is proud to note it contains only their own distillate, and it represents the first of many small batch releases under the label.

Not shy on the nose, waves of burnt brown sugar and raw grain lend to the bourbon’s age and proof. A blast of spice delivered in a viscous mouth-coating sip brings a dose of heat that makes its way into the nooks and crannies of the mouth. A touch of barrel char along with light grain are present. The spice sticks around, making for a long lasting finish that develops into sweeter notes of molasses and caramel towards the end. A light trace of cinnamon also develops. It doesn’t hide its age, allowing the younger grainy notes to show through though it finds its way beyond them in the finish.

CASKet Strength is appropriately named, as it’s bold and rather brash at 120 proof. It showcases the distillery’s ability to create a quality bourbon, and I love the label and play on “cask” strength fitting for the brand. Because the distillery is relatively close, I look forward to visiting sometime soon.

‍The sample used for this review is from a production bottle and was provided at no cost courtesy of Iron Smoke Distillery. We thank them for the sample and for allowing us to review it with no strings attached. 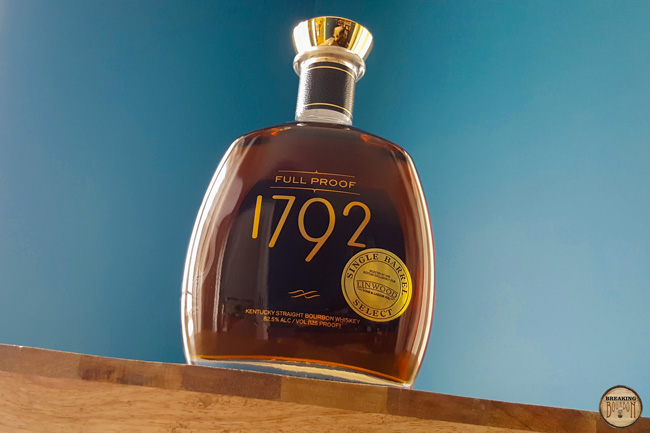